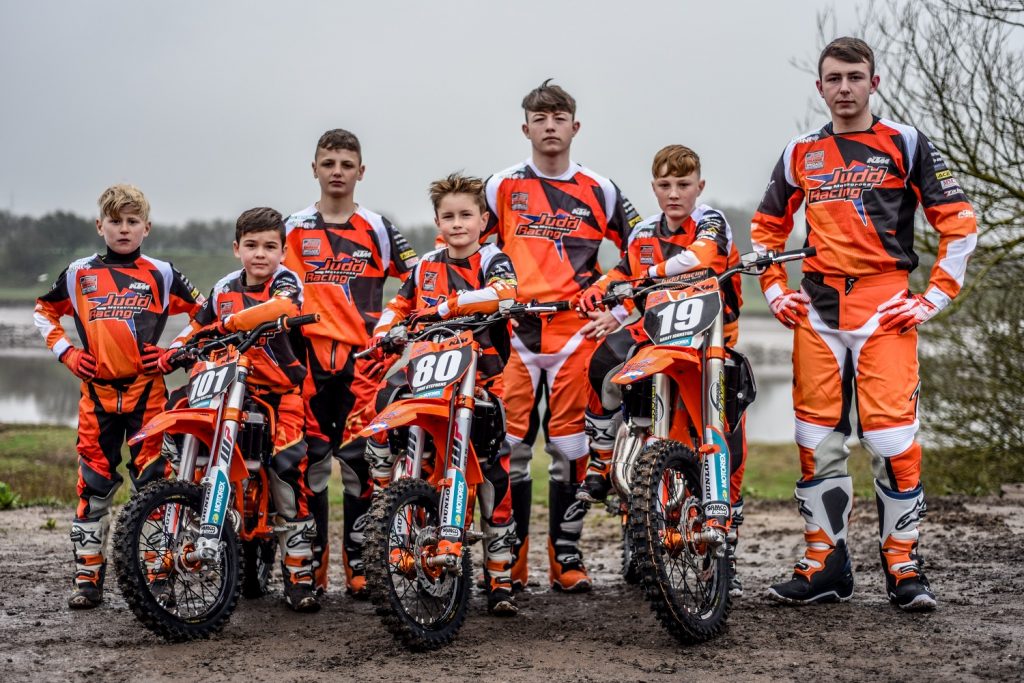 When you’re READY TO RACE age is irrelevant. Adrenalin courses through veins, young or old. Passion fills hearts, youthful or mature. Determination grits teeth, be they baby or adult. Regardless of whether you’ve got school or work to go to on Monday, when the gate drops every racer’s aspiration is to reach the chequered flag first.

That desire was spotted in seven special riders that were selected to compete for the Judd Orange Brigade, KTM UK’s official youth motocross team. 2018 was the inaugural season for the squad, with KTM UK joining forces with Judd Racing, a youth motocross parts specialist, to form the team. With national championship winning representation at senior level, KTM UK wanted to provide a platform for the next generation of racers to hone their skills. “Because KTM are market leaders in the youth competition market, the easy thing would be to let that racing scene look after itself,” says KTM UK Managing Director, Matt Walker. “But we have a responsibility to ensure that racing at junior levels is healthy and with this new program KTM UK is providing the opportunity for young racers to graduate into our senior teams and to possibly make a career in the sport.” 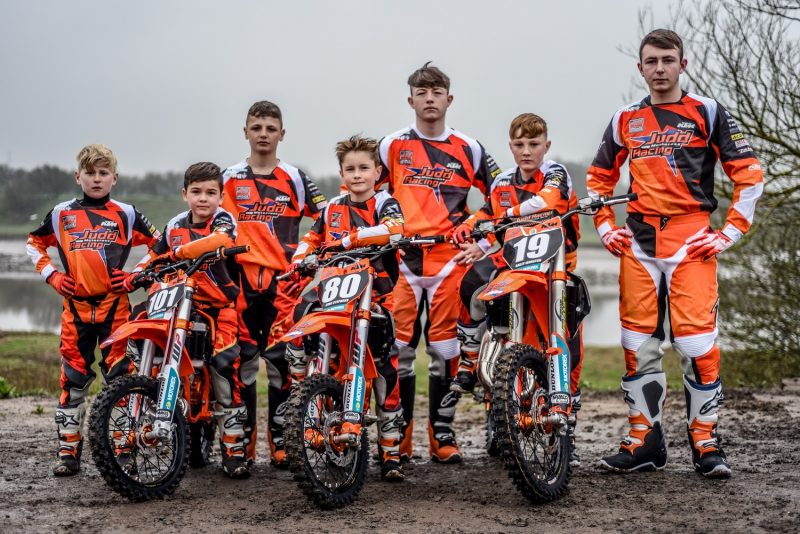 The seven riders that comprised Judd Orange Brigade’s first intake of pilots in 2018 were armed with new KTM SX machinery shod with KTM PowerParts and WP suspension. The team were then decked out in KTM PowerWear to ensure that they had all the right equipment for the tough season ahead. Some riders were bristling with experience, others were showing the first signs of talent, so it took a keen eye from Michelle Arnold from Judd Racing to pick the seven that would battle it out for 2018 honors. Running from KTM 50 SX to KTM 250 SX-F, every class had Judd Orange Brigade representation in it, with the riders running from a paddock set-up to rival many senior teams.

The British Youth Nationals (now British Youth Championship) is the official national championship for youth riders in the UK, and was the prime focus of the Judd Orange Brigade in their first season. The six round series has developed racers that have gone on to international level racing, pro contracts and junior world championship rides. The weekend long events are popular, with four races across two days to ensure that each rider gets as much saddle time as possible. The pocket rockets in the championship would race all night if they could fit lights to their bikes, but lots of race time means fast-tracking skills and honing race craft at some of the best tracks in the UK. The competition in each class is intense, and would test every rider in the Judd Orange Brigade. 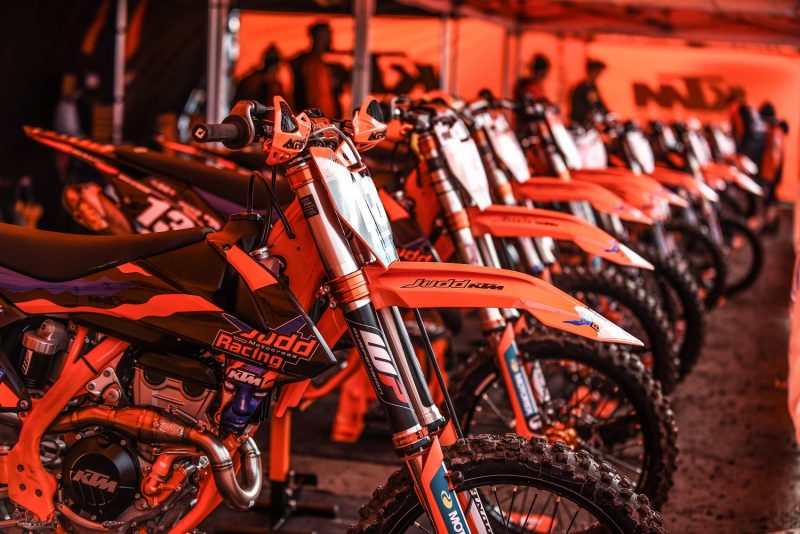 There are so many unknowns ahead of any season, regardless of how well training has gone in the run up to round one. Most of the Judd Orange Brigade had campaigned in the series before, but moves to bigger bikes, switched machines or an influx of new talent into the championship means that no-one can ever be sure of how a season will pan out. Zane Stephens, jumping on a KTM 65 SX for the first time, showed his potential by scoring a third in the (indoor) UK Arenacross series that precedes the outdoor season – an impressive achievement for the youngest rider in the field. But the rest of the team would have to wait while the tracks in the UK dried after a very wet UK winter.

After the weather stymied the start of the season, the delayed first round got underway well for the team. The Judd Orange Brigade quickly confirmed that the team were a force to be reckoned with thanks to a string of wins and a pair of overall firsts as proof that the team hit the ground running. Any race season has its ups and its downs, but aside from the odd hiccup, injury, puncture or crash the Judd Orange Brigade took the British Youth Nationals by storm. The next rounds proved that this was no fluke as the team built on each other’s success throughout the season. More success means more camaraderie within the team, buoyed on by more wins. 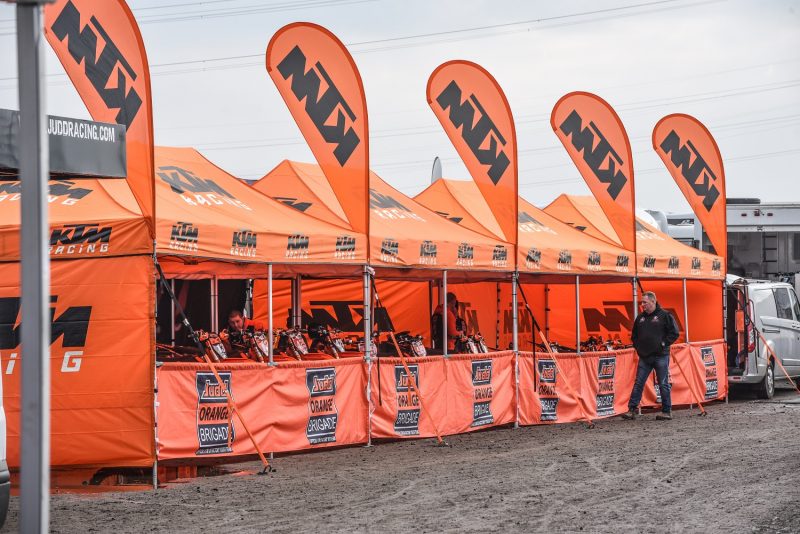 While their school mates would have been away on holidays in the summer, the Judd Orange Brigade were hard at work, refining their skills at a boot camp put on for the team by KTM UK. Rider coaching, WP suspension set-up, psychological training, social media and presentation skills were all experienced by the team over two intense days on track. This was an opportunity for the team to gel in a less competitive environment, so each rider could focus on building on their strengths. Any weaknesses were confronted by Jen Duffee, a rider development coach who focuses on the bit between each rider’s ears. Arguably, this was the most difficult session of all, and certainly one that was alien to most riders, but the way they took all of Duffee’s advice on board was impressive.

The results of the boot camp were clear to see – Bailey Johnston and Aaron-Lee Hanson both went 1-1-1-1, Jack Grayshon took three wins out of four and Drew Anderson took a pair of wins. The rest of the team also pushed forward impressively. However, in the last race of the penultimate round the youngest member of the team, Archie Britton, showed his mettle by jumping back on his bike to finish the meeting with an ankle he’d broken in four places showing that those in the Judd Orange Brigade are made of sturdy stuff.

With everything to play for, and with calculators at the ready, the Judd Orange Brigade headed into the last round at Weston, home of the infamous beach race, in hope rather than expectation. Bailey Johnston and Aaron-Lee Hanson arrived leading their championships, but the rest of the team would have to battle hard for any glory. But only six would race at Weston, with Britton dropping from second to fifth by the end of the year.

The track at Weston-Super-Mare had been converted from the beach race into a challenging MX track, and the championship’s first visit to the seaside venue would present the whole paddock with many unknowns. But the sand proved to be no barrier for Bailey Johnston and Aaron-Lee Hanson who cemented their championship leads at the final round to win their respective 2018 crowns. The surprises came in the 125 and 85 Big Wheel categories as Drew Anderson and Jack Grayshon turned round their fortunes and winning the round to win the series. Grayshon started the campaign with a DNF, so to finish it on top shows just how wildly a season can swing. With Billy Askew finishing the year in fourth and Zane Stephens an encouraging 10th in his first year on a KTM 65 SX the Judd Orange Brigade finished the season on a high. 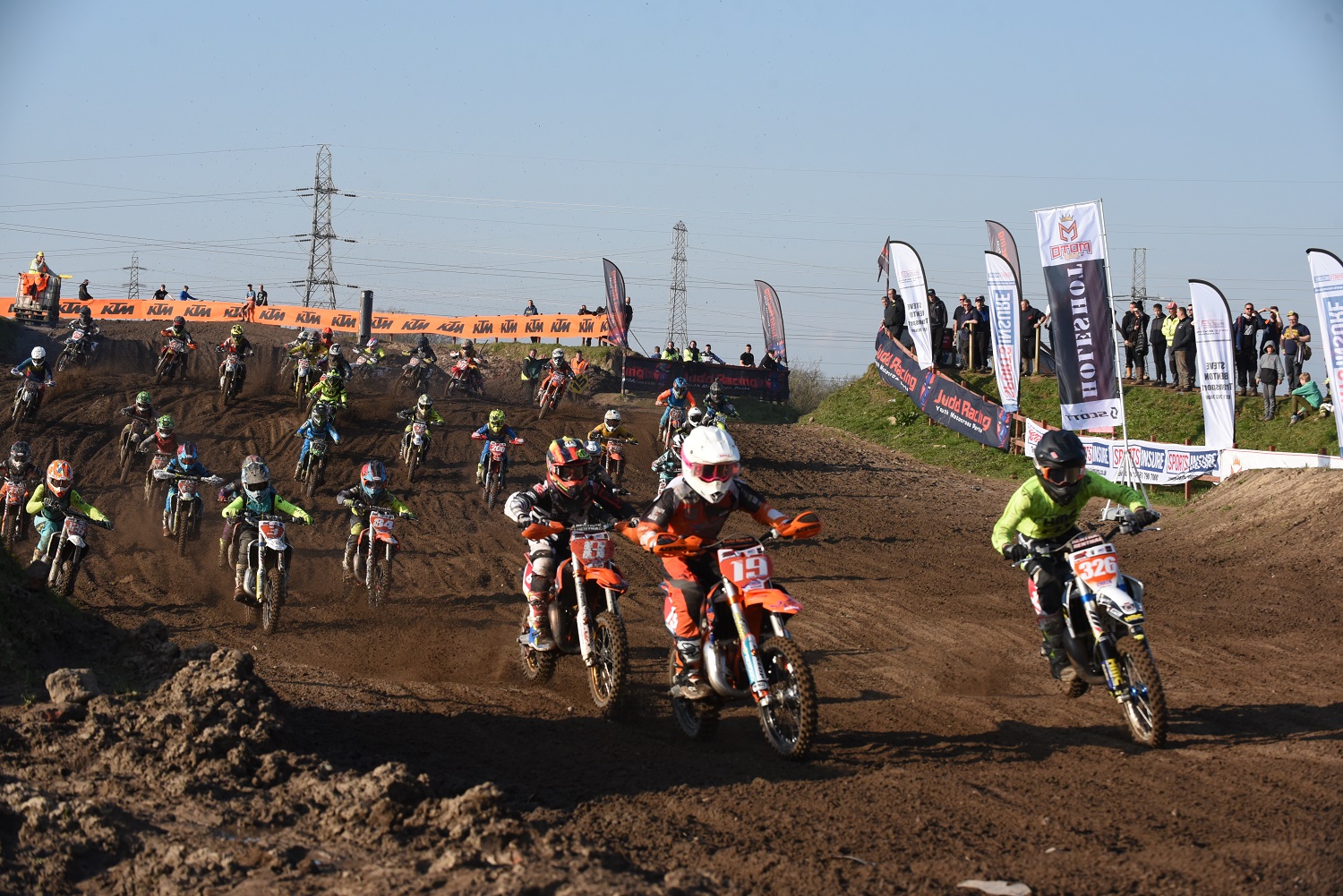 Ecstatic riders loved their first season with the team. On his victory, Drew Anderson said: “What a great year this has been for me, with so many ups and downs, we got it done, 2018 British Champ, 2018 Masterkids Champ. I’d love to thank everyone that made this possible, especially my family and sponsors.” Bailey Johnston, meanwhile, acknowledged a job well done, while refocusing on the job in 2019: “Well it’s been an amazing 2018, I completed all of my goals and extra! I would like to say a massive thank you to everyone that helped me, because I wouldn’t have been able to do it without you. Now onto 2019 to chase more dreams.” Who’d bet against them not saying the same in the pro ranks … 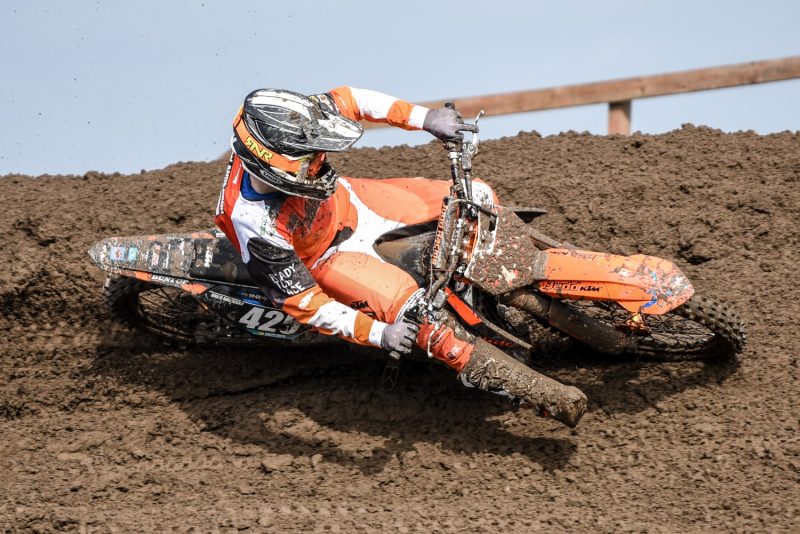 Four titles out of the six on offer is a hugely impressive haul for any team, especially in its first year. Team manager Michelle Arnold couldn’t have been more proud at the season’s end. “2018 was a fantastic season for the Judd Orange Brigade. Winning 4 out of the 6 British Youth titles contended at the Judd KTM British Youth Championship in our first year was an awesome achievement, the whole team raced brilliantly, we are so proud of them all!  We’ve now set the bar very high, but that was always the intention when we set up the team with KTM.”

But you’re only as good as your last set of results, and the off season has been a busy one for the team and the riders within. According to Michelle Arnold: “The team has expanded for 2019 from seven to ten riders, with some great new talent joining us. We have big hopes for all of our riders for the forthcoming season. The reason to enlarge the team is to successfully manage the progression and continuity of each rider’s achievements. When stepping up in an age group, we need to aid the development of each rider’s skills whilst still challenging in every youth class. We can’t wait for it to start!” Giving one rider the chance to hone his or her skills while another makes an assault on the championship future proves the team’s ambitions and ensures that KTM and the Judd Orange Brigade are driving youth racing forward in the UK. As the countdown to the 2019 season nears its end, the enlarged team is READY TO RACE!