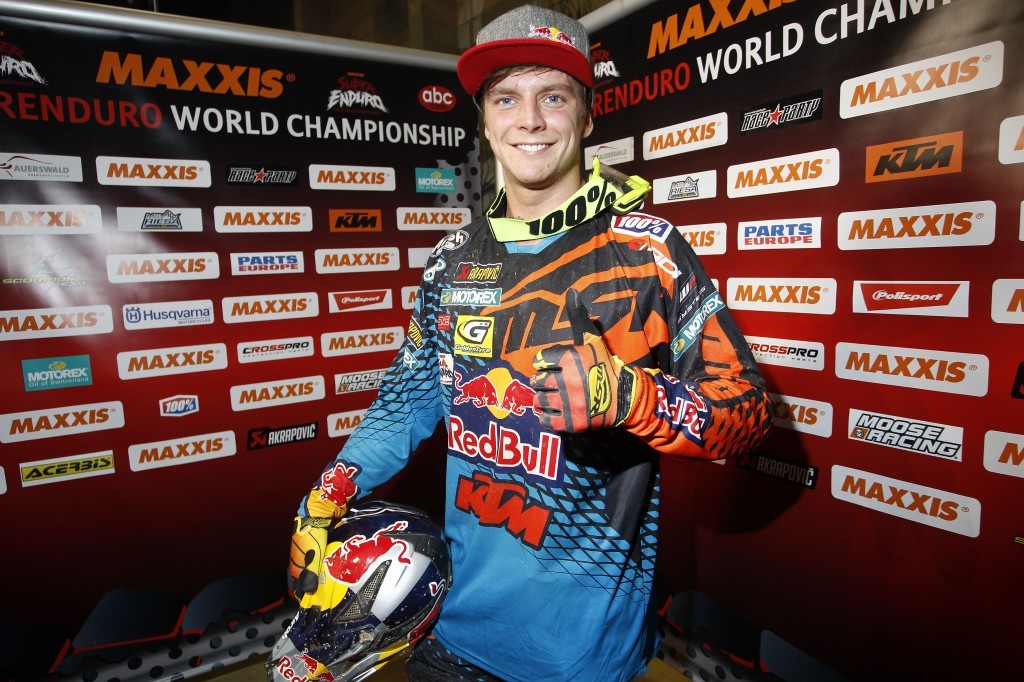 Inside the mind of Indoors: Jonny Walker chats SuperEnduro

Red Bull KTM’s Jonny Walker is one of the factory’s most versatile young stars. When he’s not battling the elements at Hells Gate or winning The Tough One then he’s trying to de-throne the likes of Taddy Blazusiak or David Knight in the Indoor arenas of SuperEnduro. This weekend the last round of six takes place in France and Walker is pushing for a final podium place in the championship standings.

Heading full-pelt through all sorts of topography is one of the highlights of Enduro riding and racing but the tricky and perilous obstacles of SuperEnduro is another prospect; compact, technical, daunting and intense. With all the noise, crowd and atmosphere of a pack stadium thrown-in. 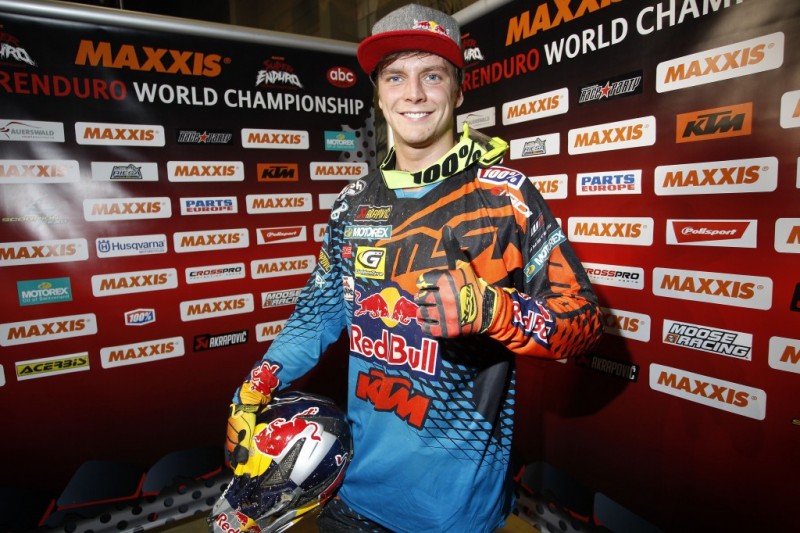 We wanted to know what it felt like. Any offroader at any skill level can marginally relate to how it feels to do Enduro, but the Indoor discipline is another ‘arena’ altogether. The 24 year old from the UK has been recovering from a bout of food poisoning after the previous SuperEnduro round in Brazil and a case of hand blisters after owning The Tough One in the UK on his KTM 300 EXC but he’s still more than happy to provide some insight on the Indoors though …

“When I’m training for the Outdoors I usually stay close to my house and ride for hours whereas for the Indoors I’m working on a specially build track and doing five lap sprints; so very different! It is sprint versus endurance.” 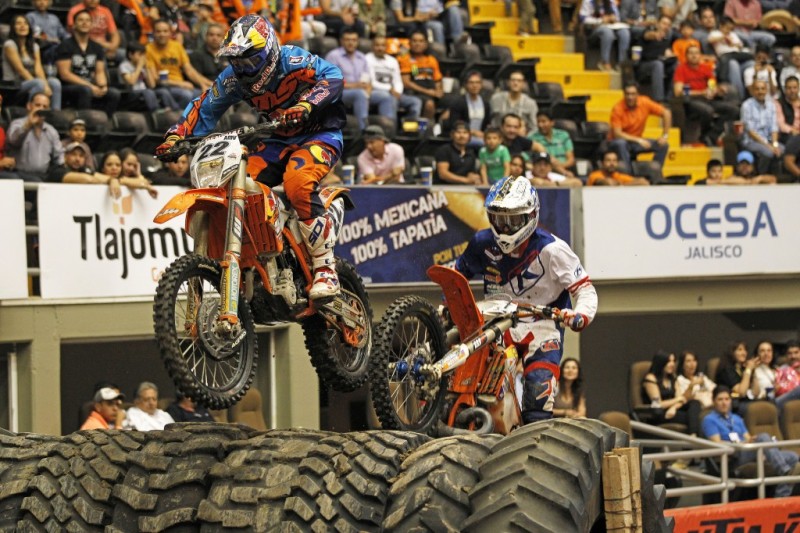 “Even though you race them every year the first two rounds still feel weird because there is a lot of people there and it feels like they are on top of you. There is a bit of pressure. But when you start getting the results you get more confidence and it gets easier and easier each race.”

“We call it the ‘Supercross’ of Enduro because it is the same principal. It is such a tight little track and anything can go wrong; one little crash will put you out of the race. It is a relief that there are three races actually so you can bring it back. That one bad result can ruin your night though. The margin for error is definitely smaller than the Outdoors. With an eight-lap race you cannot mess it up because the difference between the first five riders is usually a second.” 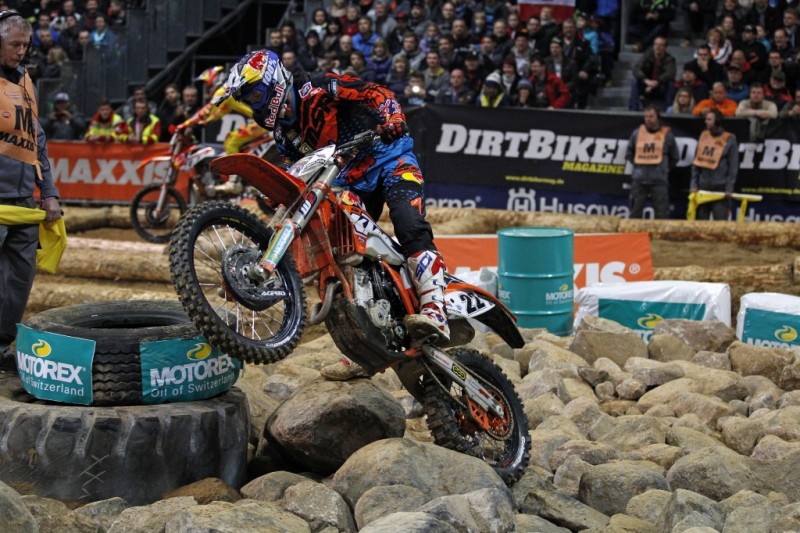 “The FIM World Championship is different to the U.S. where they have the same track-builds at every event. Here they are different and that’s great because it doesn’t suit just one rider all the time; you might get a massive rock section on one. I like the rocks actually. I ride quite a lot outdoors and I’ve have been through that many! It is probably the hardest section as well. If you get them right then you can fly through and make about two or three seconds but if you get stuck then you’ll lose five seconds easily. With the reversed grid in the second race then any kind of s**t can happen … as you can imagine with the slower riders there.”

“When you’re at the front then those eight laps can last forever. When you’re at the back and trying to come through – and you are riding well – then it feels like they go so fast. Your heart-rate goes through the roof as soon as you start so fitness-wise you know what you need to do and there is not much you can change if you are in shape. Mentally, you are just going through each lap of the track in your head and concentrating hard on getting off the line.” 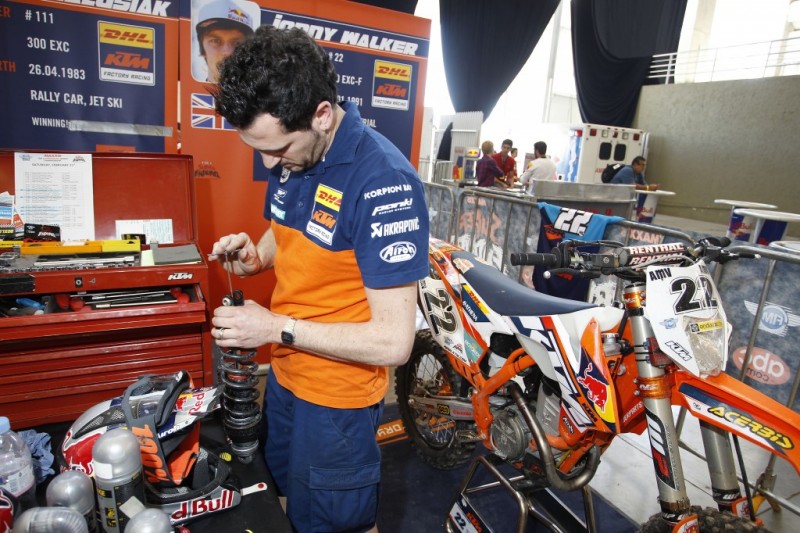 “I didn’t really know what to do on my first time. I was just trying to enjoy the moment and wasn’t sure how I should approach it. Now it’s a bit more serious and you try to have a process. I have a mechanic who is helping me a lot and has a lot of experience and I’m getting more every time.”

“When I was growing up people like Taddy Blazusiak and David Knight were awesome and when you are out there racing with them you do tend to beat-yourself-up a little bit and think ‘they are much better than me’ but I’ve won a few SuperPoles this year so I know my speed is good. I enjoy these events because they are short and sharp. My main focus is the outdoors but I want to concentrate more on these races next year because I feel I can win them.” 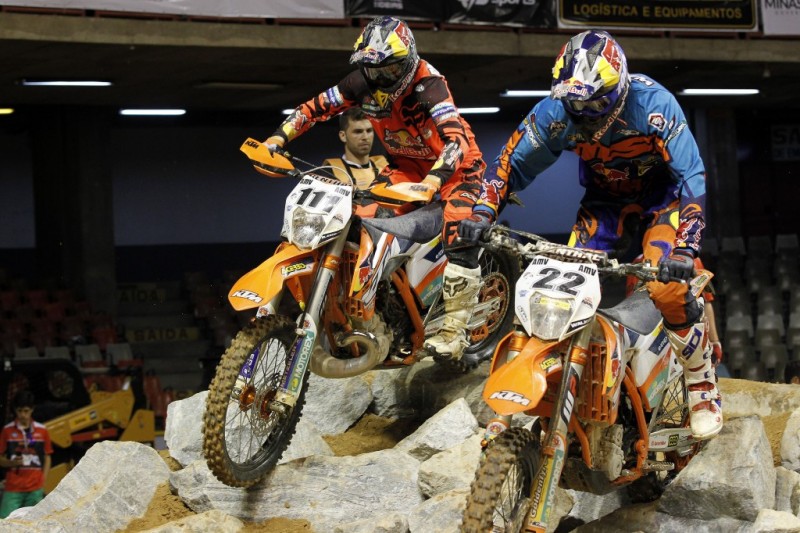 Watch the final round of the 2015 FIM SuperEnduro World Championship at Cahors (FRA) on Saturday, March 14 on Red Bull TV Live Stream.

95 Responses to Inside the mind of Indoors: Jonny Walker chats SuperEnduro