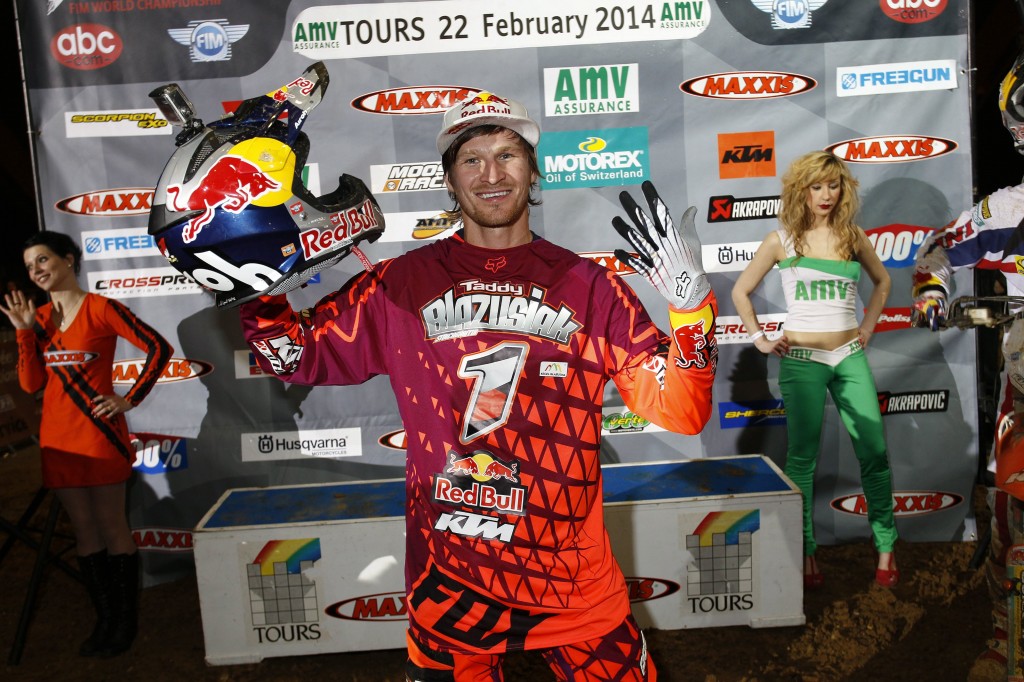 Taddy Blazusiak is perhaps one of the most dynamic offroad riders of his time and the 30-year-old is as motivated as ever with no sign of anyone stopping him yet. 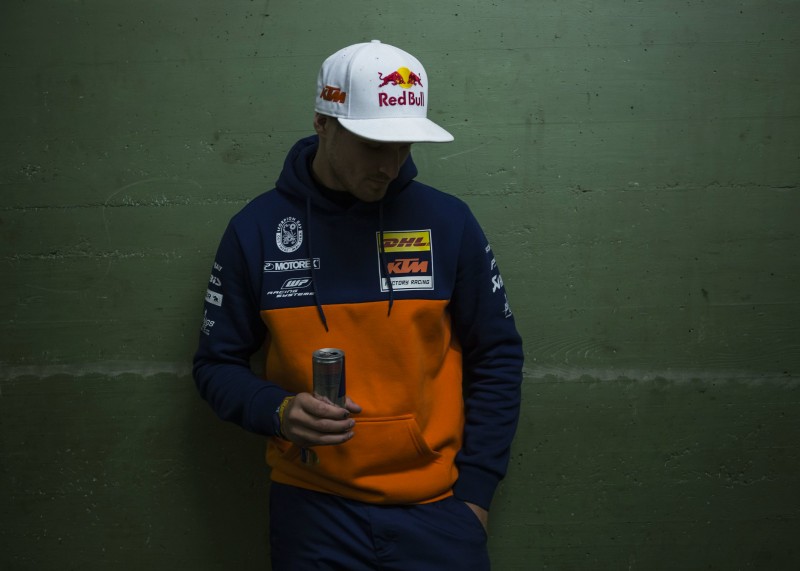 Blazusiak has won professional titles in trial, enduro and endurocross, the Erzbergrodeo five times, the FIM SuperEnduro World Championship five times and the AMA EnduroCross series five times as well as being an X Games gold medal winner! It’s quite a résumé for the Polish racer, who is in his eighth year with KTM. We catch up with him at the KTM motorsport department to talk about the races this year, find out what it takes to win the Erzbergrodeo and his recent signing for an additional two years with KTM.

Taddy, the SuperEnduro season has yet again been good for you. Tell us about that and what’s been happening in the last few months?
“The most important thing over the winter is that we wrapped up the SuperEnduro championship and it’s done. We’ve been working hard to win it over the last four or five months, and at the end of the day any championship is difficult to win. In SuperEnduro the competition is good and the other guys are really stepping it up and going for it. For me it was good to come off the (EnduroCross) championship in the states straight into that and being used to the gate and everything is a big help for the first few rounds, then the guys picked up the pace, but we had a bit of a points cushion. Right after the end of the championship I had two weeks off completely not thinking about the bike, taking some time relaxing and doing my own thing, then we got back training. I started riding a month ago; my season is like eleven months long, so we have to get ready for the EnduroCross, which starts in May. We are testing some new things, new parts on the bike, as there are some things I want to try to see if they are working good or not. We have done a month of riding on the bike, we’ve done a lot of testing and the bike has improved a lot for the EnduroCross, so I’m pretty confident ahead of the first round in Las Vegas in a few weeks.” 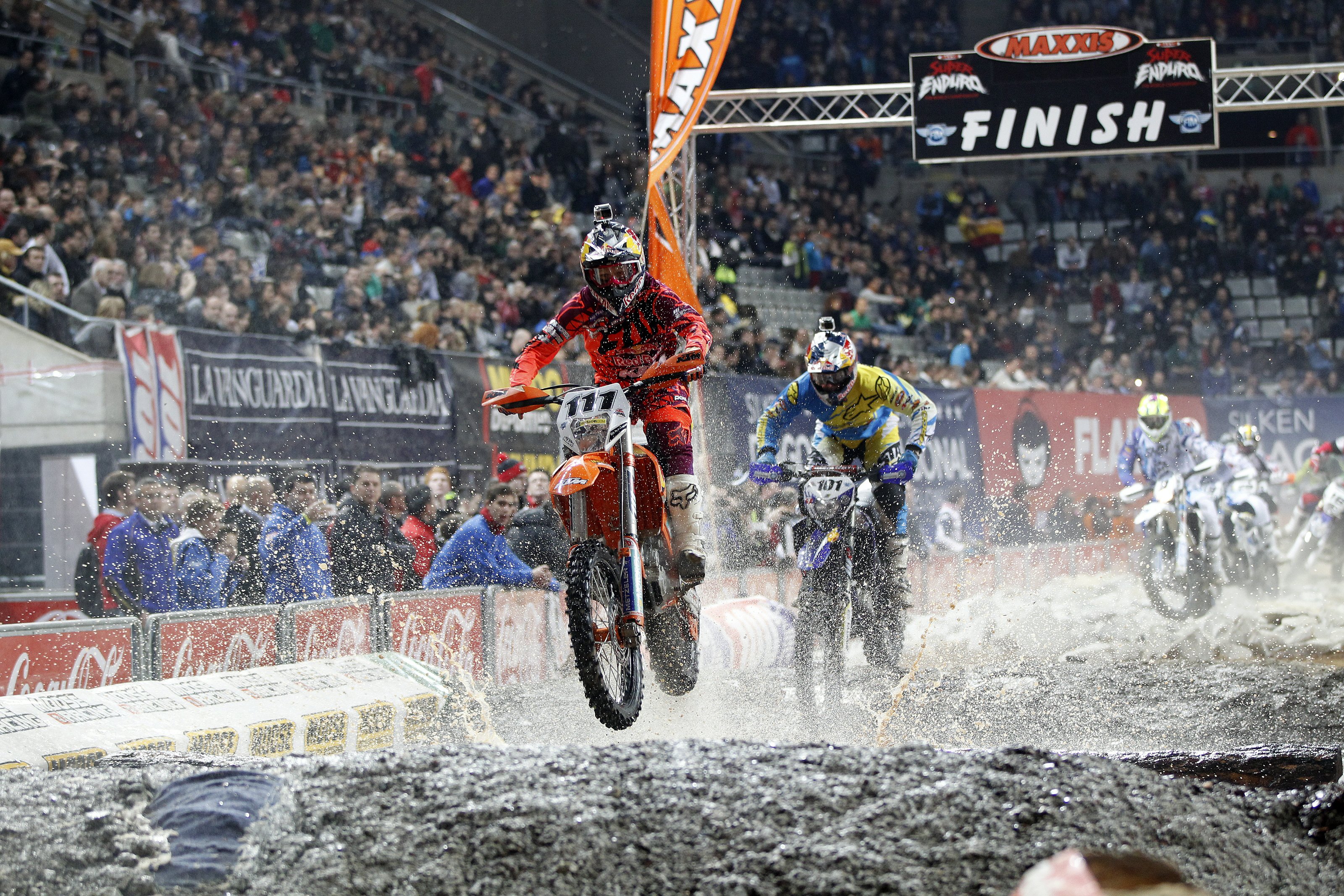 Tell us a little bit about the AMA EnduroCross championship?
“The EnduroCross championship is a little different to SuperEnduro. The main difference is that the racing in the USA is way more intense than over here in Europe, as they are way crazier. If they don’t know how to do the jumps or whatever they are still going to go flat out for it anyway, so it’s a bit crazy out there on the track. It’s a good championship with ten races, and there’s X Games in between, which is really important. I’m happy to go back; I won the championship for the last five years, but I’m super motivated to try to go for the sixth one.”

“The EnduroCross championship is a little different to SuperEnduro. The main difference is that the racing in the USA is way more intense than over here in Europe, as they are way crazier.”

How did you specialise into this type of racing?
“There’s no time to do anything else with the EnduroCross and SuperEnduro, as it’s usually around 18 weekends, so I have to count in the time to travel to everything too. The indoor off-road racing and sport of EnduroCross is big enough to keep me busy, as it’s already filling the year. I really enjoy it; it’s really good racing, it’s short but intense, which I like and yeah the crowds are good. Most of the time in the USA the events are sold out. I think the whole of last year the races had sell-out crowds, which is a fun kind of racing that I enjoy so far. I am European so Europe is home and close what I’m used to, but I’ve been living in the states before and travelling the world most of my life, so I’m used to being there too.” 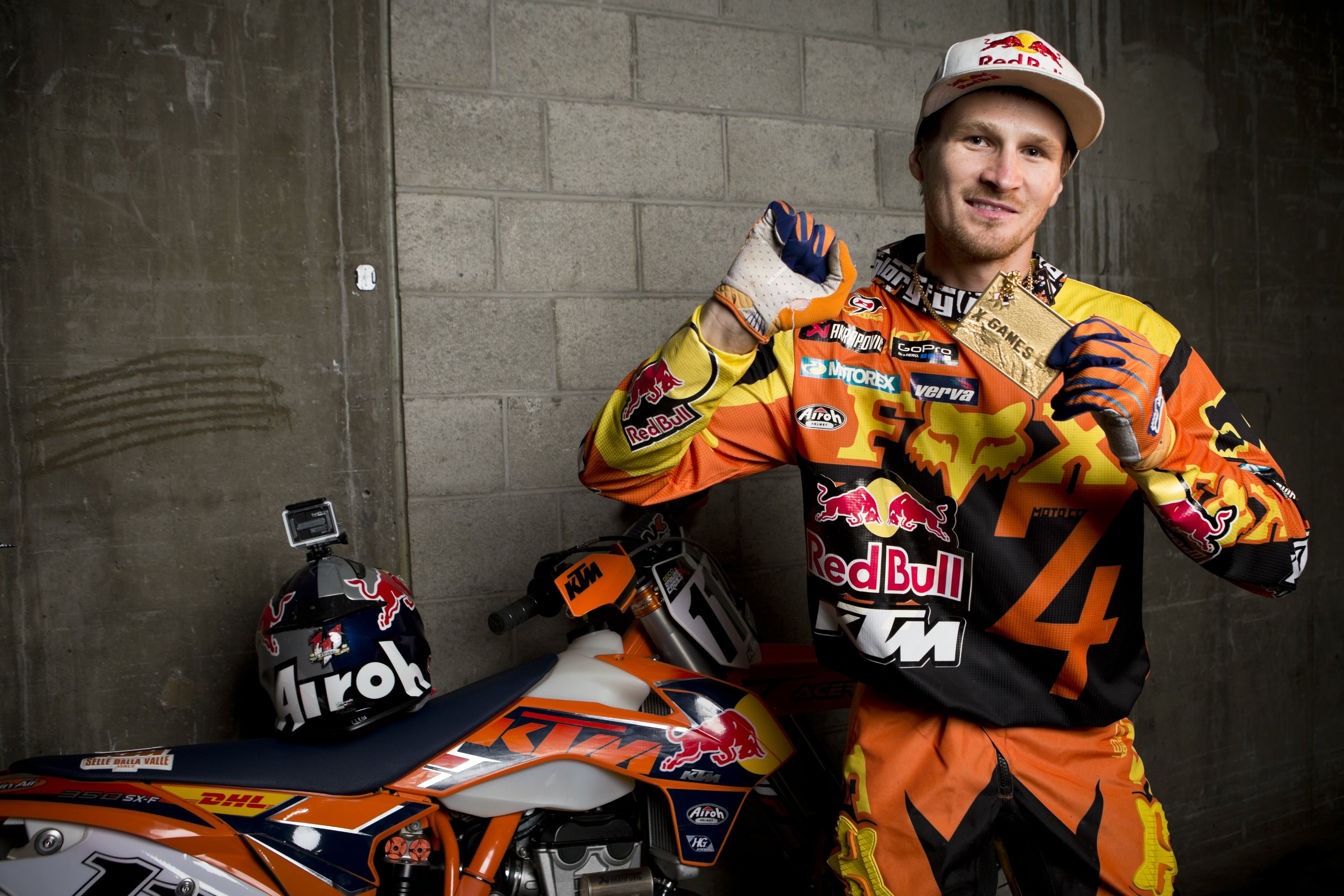 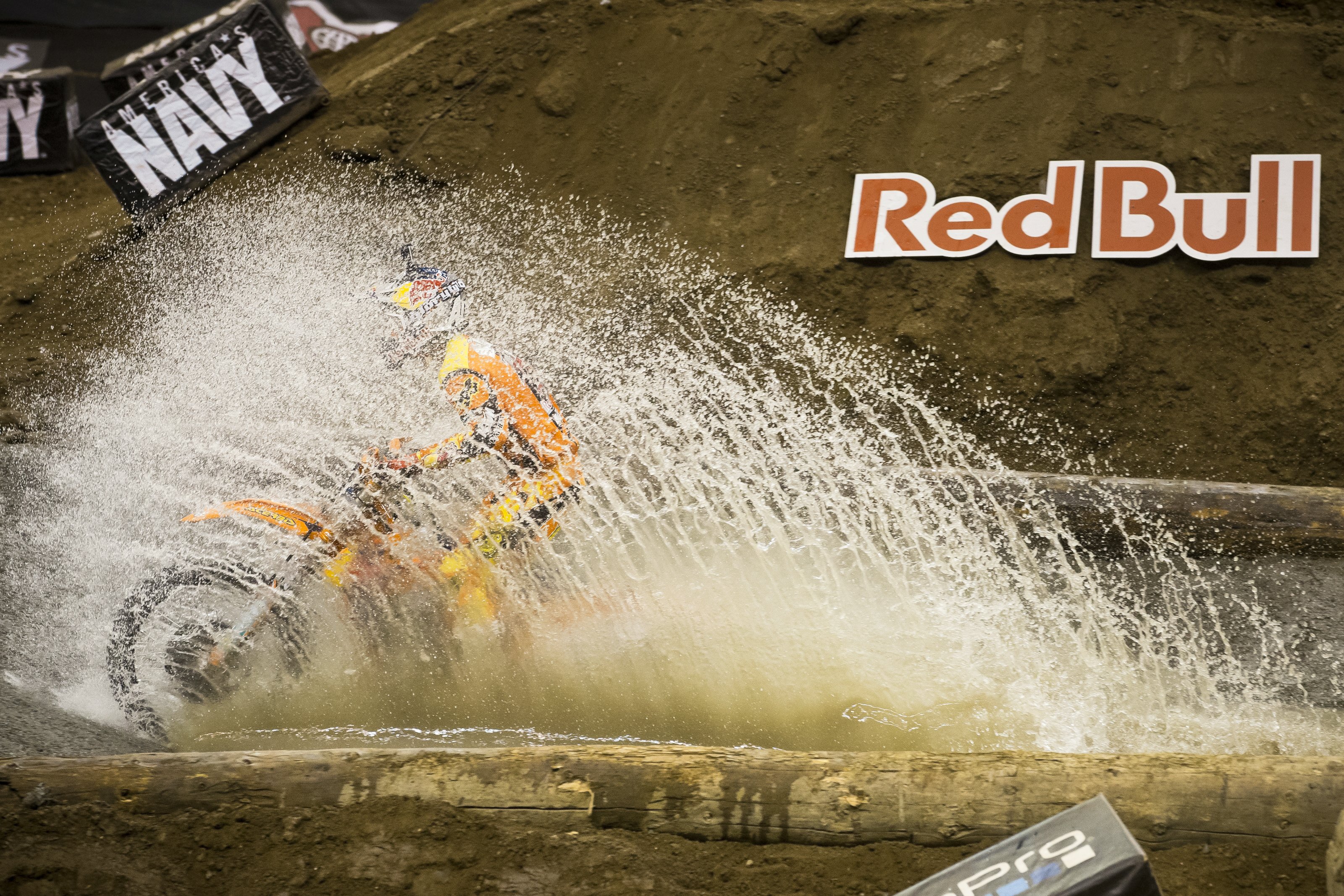 You’re not doing the Erzbergrodeo this year? Why not?
“I can’t do it unfortunately as X Games is the week after Erzberg and the EnduroCross is the first event there on the Thursday, which would only give me three days to travel after Erzberg. So it’s just not possible logistically. Erzberg isn’t just a walk in the park and you really have to be ready for it.”

As a five-time winner tell us about your Erzberg racing experience and an insight into the event?
“Erzberg is really hard to describe. It’s a crazy race, and I won it five times so I guess I have some experience there for sure. It’s a difficult race because it’s so different to anything else, and the race itself changes so much within the race. There’s a two-and-a-half hour sprint, and the pace changes from going 150kmh to 10kmh in places. The first part of the race is really fast, wide open with all of the dirt roads, and then into the super-technical stuff. You have to be a really complete rider to have a chance to go for the win. It’s a really great race; not just from the riding perspective, but everything that goes around it, as it’s a really special event at a special place with loads of crazy people there. The atmosphere is electric; you just don’t see it anywhere else.”

Erzbergrodeo: “It’s a difficult race because it’s so different to anything else, and the race itself changes so much within the race.” 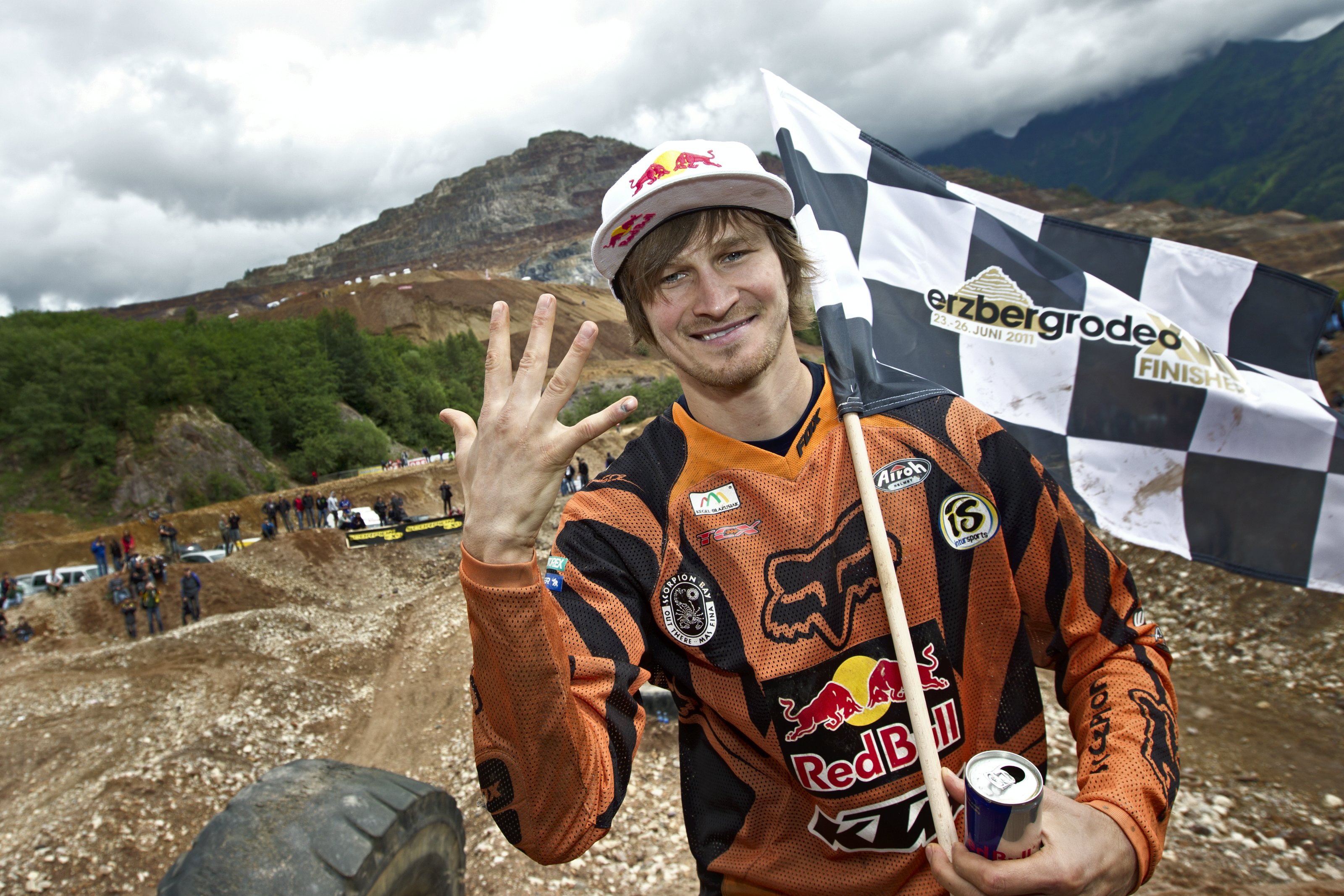 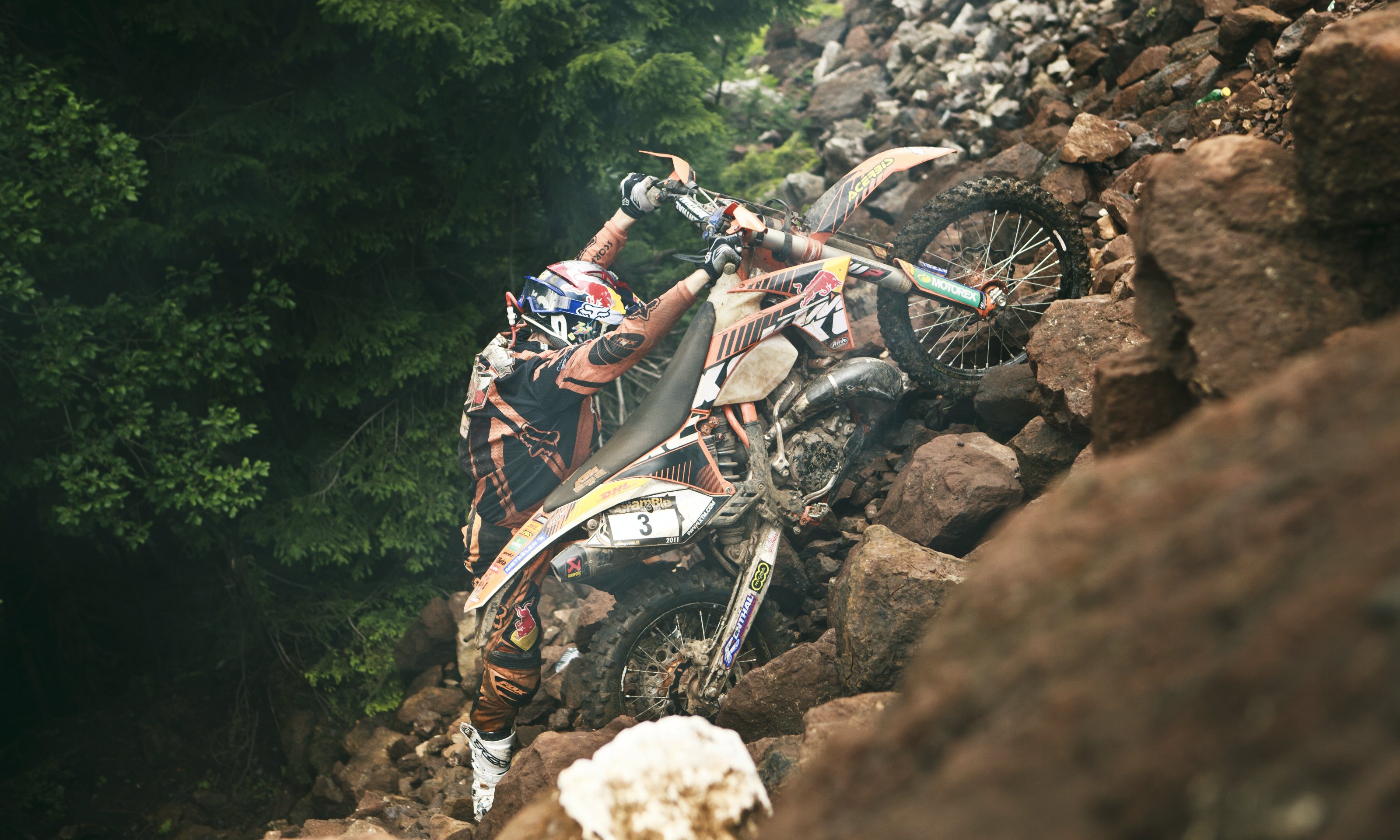 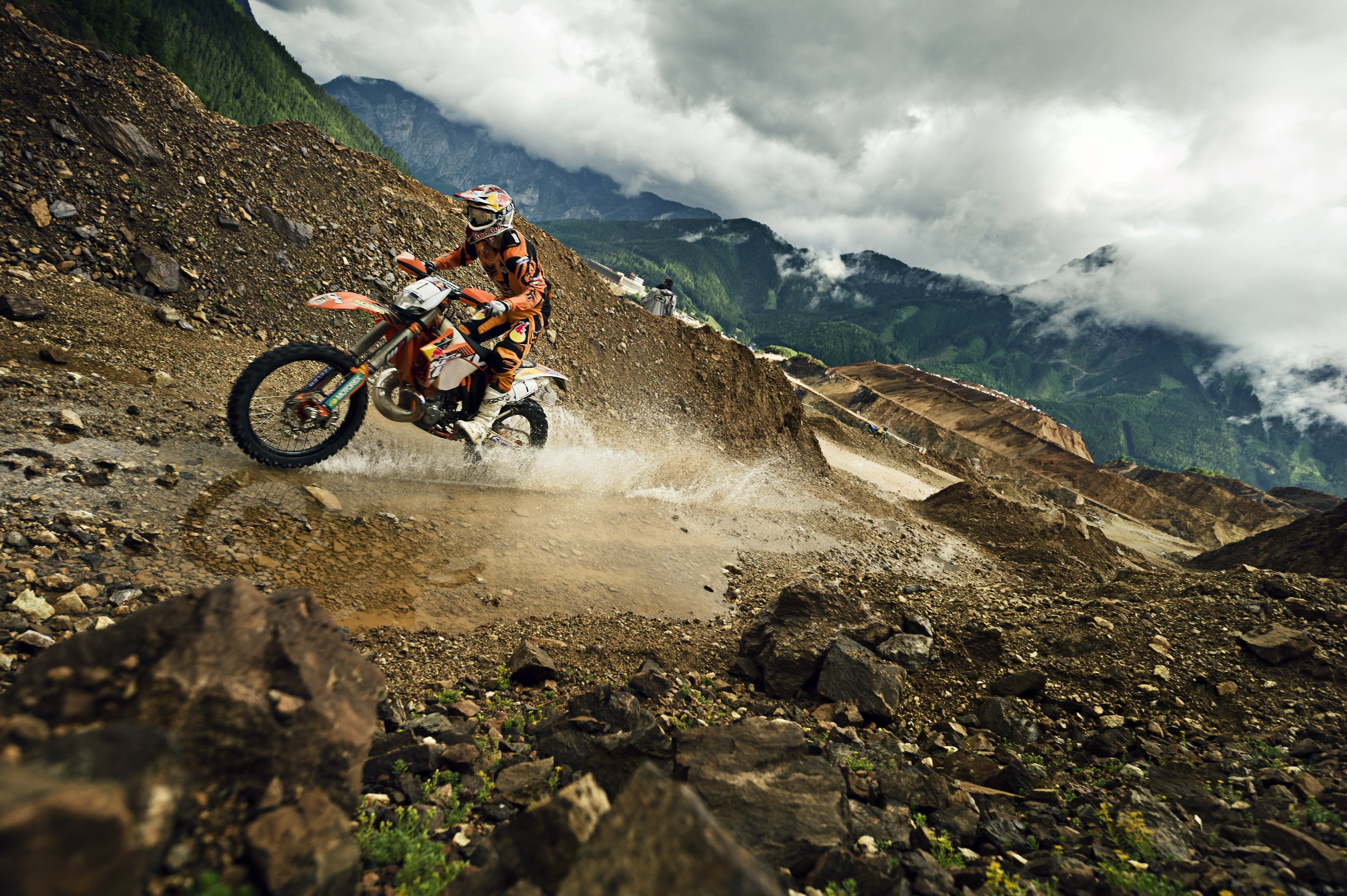 How as a rider would you prepare for the Erzberg race?
“Of course you have to ride more of the hard enduro stuff, the tougher bits and riverbeds. The most important thing is being fit for the race, as that is key for sure. Like I said you have to sprint from the start, so there’s no time to pace yourself; if you’re doing that, then you’re doing it wrong. There are quite a few elements to put together in preparation. The race is beautiful when the sun is shining, and at the last few races I did it was really good because the weather was really sunny, which makes it even better. It’s high in the mountains, so anything can change from hour to hour; you have to be prepared and test a lot of different set-ups as you never know what will happen on race day.”

Tell us about your fitness programme in general?
“Most of the training happens off the bike, and then the riding is for the skills and the motos necessary for the sport.  The riding for fitness is a long time in the past and it’s not enough just to do that anymore. It’s a lot of work off the bike, both in the gym, and on the bicycle. It’s enjoyable, but we have to ride in the right place and do the motos. I do enjoy the training because it’s cool to know you’re working your ass off for something. For sure if you didn’t enjoy it there’s no way you can get up each morning to get it done. Red Bull helps me with my programme and I execute it myself, as I’m pretty self-motivated.”

“The riding for fitness is a long time in the past and it’s not enough just to do that anymore.“ 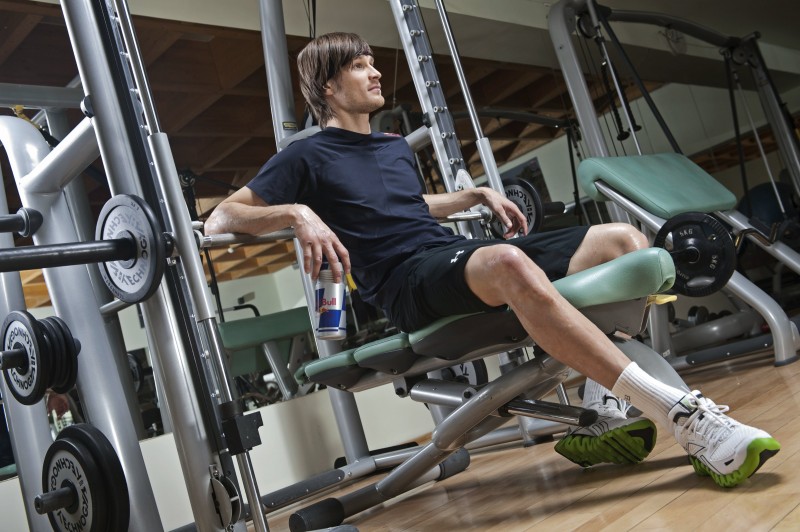 You’ve signed another contract with KTM, was that an easy decision?
“We still have an existing contract for this year and we’ve signed another contract for the two years after that, which is pretty amazing in our sport. To have long-term deals is really cool, as it makes things easier. I’m still super-motivated, it doesn’t change much, but it means I have a longer term plan. It was an easy decision for me to stay with KTM.”

Have you ever thought about racing other disciplines?
“I did two rallies over the last two years, which I really enjoyed, because it’s different. When it comes to rally racing it’s not only about how good of a rider you are on the bike, well of course skills on the desert and stuff are important, but it’s so much more about experience. You need so many kilometres under the belt to be competitive in the desert. It’s not something I would rule out for the future, or racing other disciplines.”

“When it comes to rally racing it’s not only about how good of a rider you are on the bike, well of course skills on the desert and stuff are important, but it’s so much more about experience.” 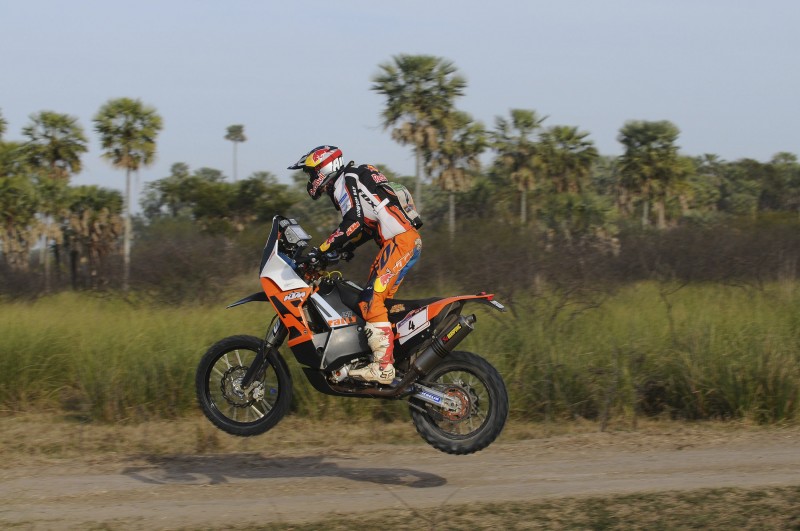 80 Responses to Interview of the month: High Five Taddy