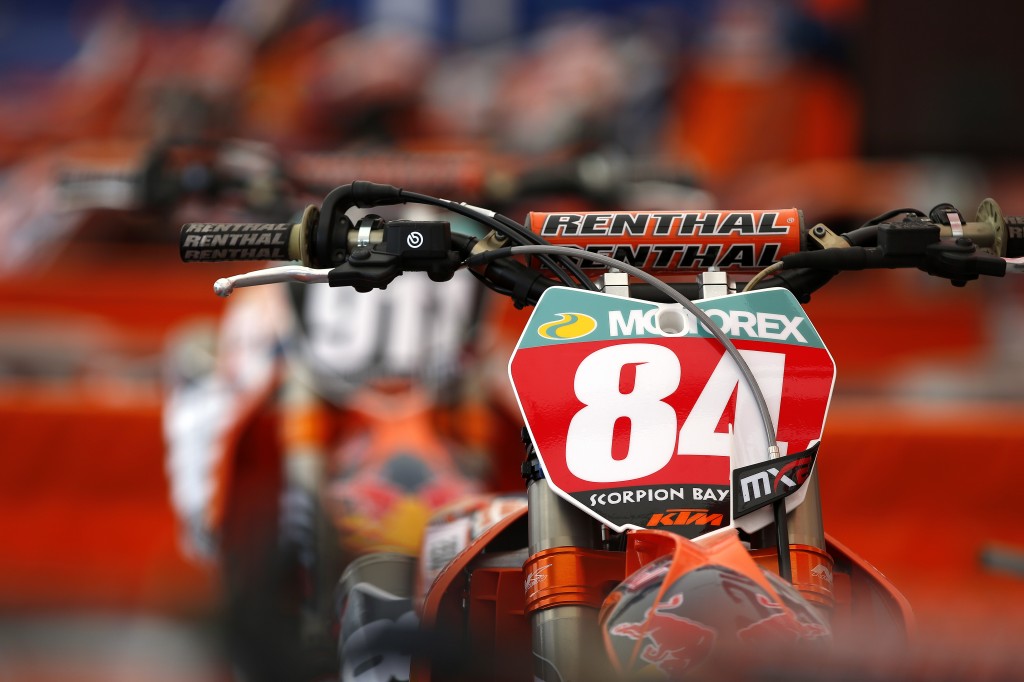 Interview of the Month, part 2: The perfect combination – Herlings and his KTM 250 SX-F

The current and maybe future MX2 World Champion explains how he likes his title winning motorcycle. 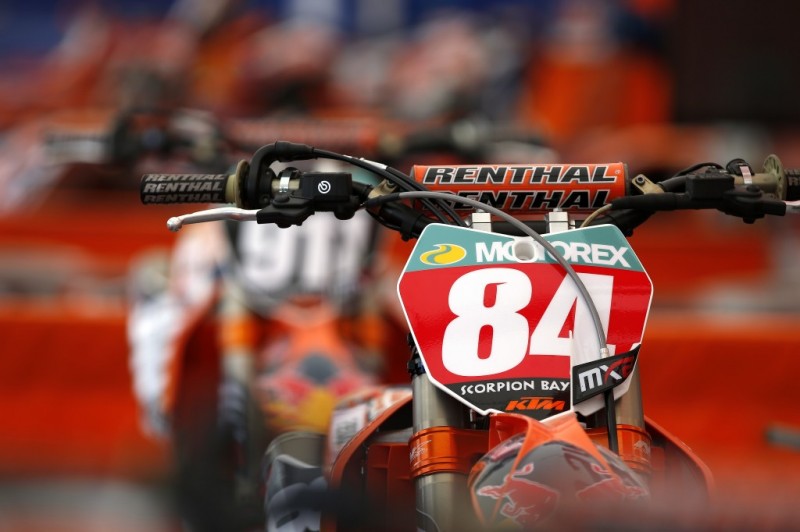 2015 could be the last chance to see double FIM Motocross World Champion (MX2 class) Jeffrey Herlings throwing around a KTM 250 SX-F. If you haven’t witnessed the Dutchman in full flight on the full factory Red Bull KTM – especially in the sand, which is a thing of wonder – then get to a Grand Prix promptly next year. At his height (183 cm) and weight (75 kg) the nineteen year old should not be able to do what he does, nor have won what he has. Herlings has been a whirlwind in global motocross racing and is unbeaten in the MX2 Grand Prix category since the very beginning of 2013.

MXGP – the premier division (450cc or 350cc machines) – beckons for 2016 so Herlings will be haunting the MX2 field for one more season and perhaps trying for a fourth consecutive title if the tight duel with teammate Jordi Tixier still works out in his favour (Herlings amassed a huge lead in the standings but has missed the last two events due to a broken femur and is rushing to be fit for the 2014 climax in Mexico next month).

We grabbed ten minutes of the star’s time to ask him how exactly he likes his race bike and what adjustments he makes to forge the 250 SX-F as just another part of his body when on the track. 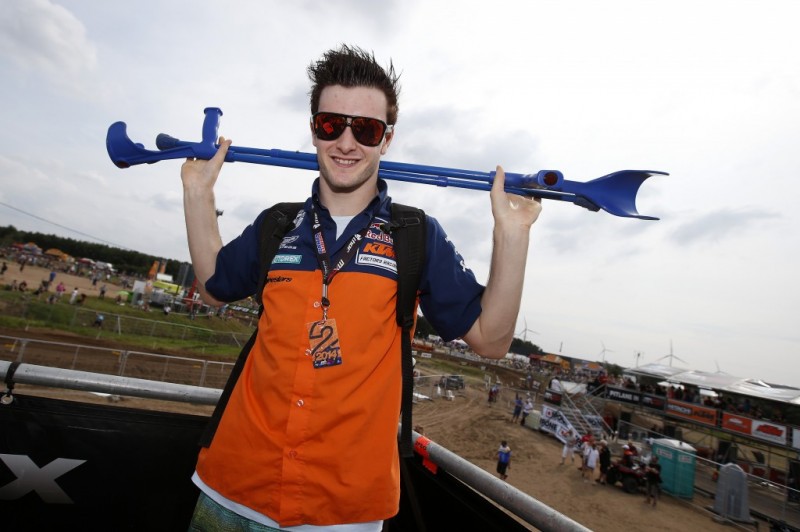 Chassis and Suspension
“I haven’t changed the WP suspension since January 2013! Not even one click! I think you should have a lot of trust in your suspension and your bike and with too many changes then you start to lose faith and the feeling that you know what it will do and how it will react. I know in some places it is not perfect and in some places it could be better but I’ll swap that for being able to predict what will happen. I have worked with this system for a long time now and I’m not looking to change. I run the set-up pretty hard, especially on the back because I’m kinda heavy for an MX2 bike; almost 80 kilos. My riding style is about being a lot on the back of the motorcycle so I need a very hard spring. It is the same on the front. When I get over the front of the bike then it is usually at high speed so I want it hard. I don’t have any special setting for the geometry and run the same as the other guys on the team.”

“I haven’t changed the WP suspension since January 2013! Not even one click!“ 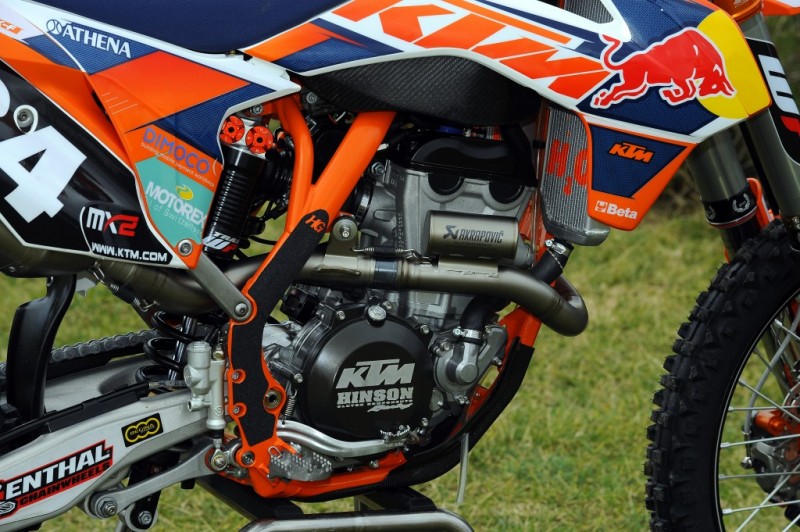 Engine
“At the beginning of the year I asked for some more power at the bottom of the range for the race starts. It was already really good and strong through the middle and the top and we came a bit short at the bottom. We’ve worked on it and it’s not the best yet but better than it was. I still want more but we have a very solid bike already.”

Brakes
“I don’t like it when the front brake is spongy. I like to know that when I go for the brakes they are right there. I think it is just a different piston. The rear brake is standard.”

Personal quirks
“I’m not fussed about the position of the levers. I’ll just jump on it Saturday morning for practice and off I go. If it is really far off [the usual setting] then I’ll want them shifted but Rami [Falt, race mechanic] usually knows where they should be. I’m a pretty easy-going rider but I like the handlebar to be in the same position. I am hard on material because I ride and train so much but I don’t ask for tests all the time.”

“I’m not fussed about the position of the levers. I’ll just jump on it Saturday morning for practice and off I go.” 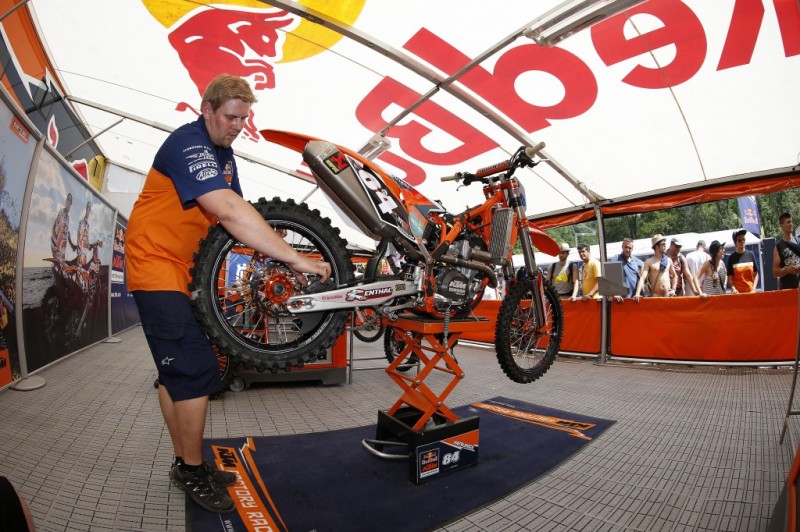 Tests
“At the end of the year we test all kinds of different things from engine settings to pipes and whatever. The feedback is usually the same: we go for whatever is the fastest and then we work on the ‘feeling’.”

On the KTM
“I’ve been on a KTM for seven years and haven’t ridden any other bike so it is hard for me to offer much comparison. The KTMs have changed only slightly over the years, like with plastics and design and there hasn’t been anything too big … but I haven’t asked for anything either because I always liked the bike as it was or how it was delivered. We will ride a new one next year [Red Bull KTM will wheel out 2016 pre-production models for racing] but because of the injury I haven’t started testing yet.” 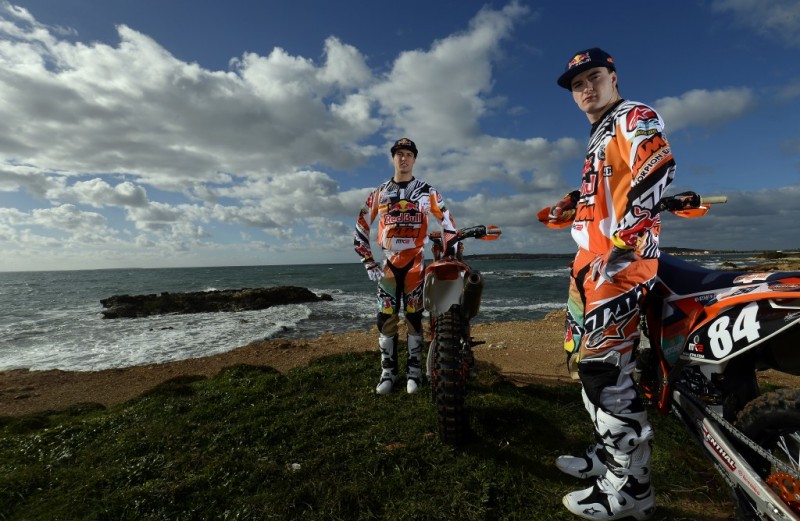 42 Responses to Interview of the Month, part 2: The perfect combination – Herlings and his KTM 250 SX-F