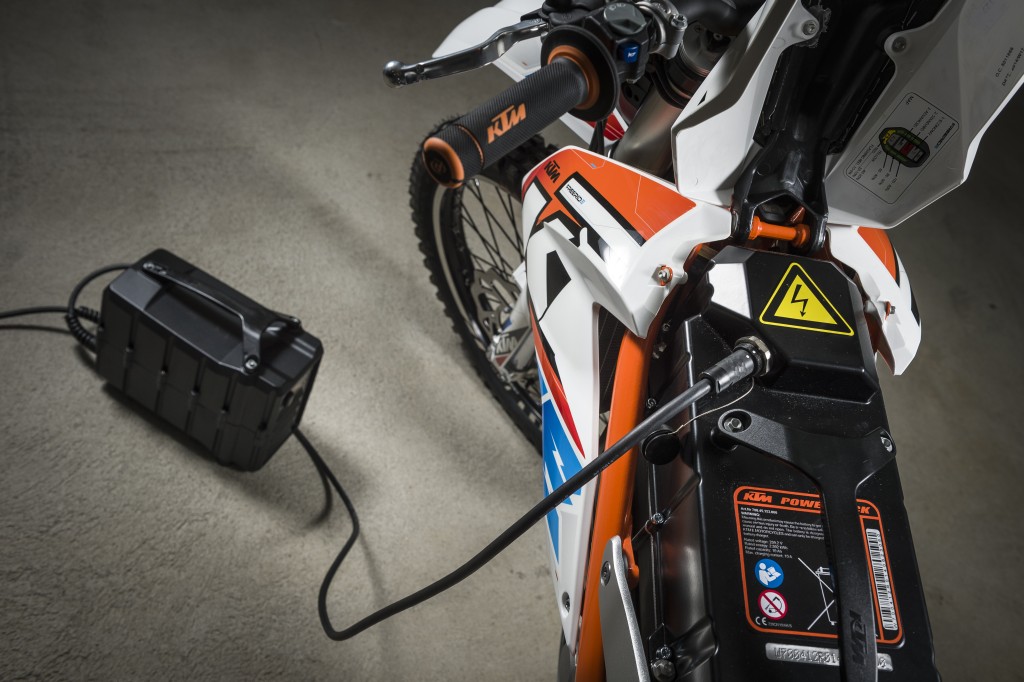 Talk about the development of the KTM FREERIDE E

A take on the development of the FREERIDE E and KTM’s E-Mobility programme with R&D expert Nina Deitermann. 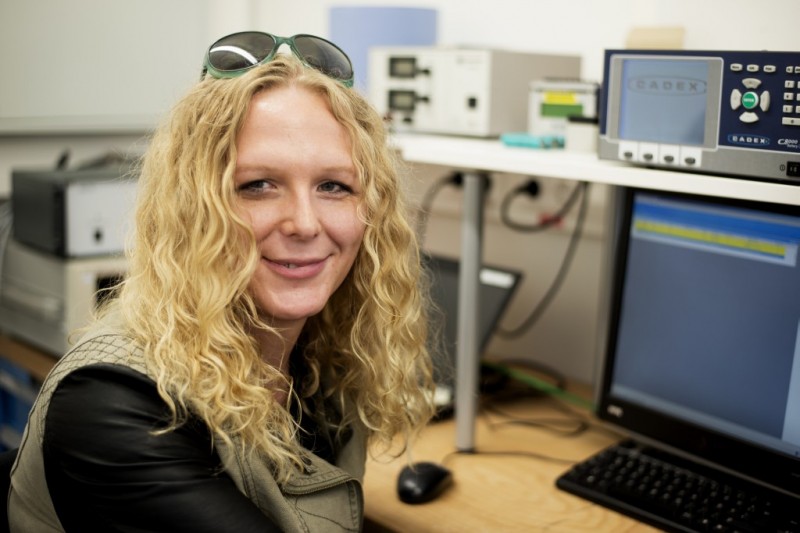 Nina Deitermann has had a pivotal role in the development of the KTM FREERIDE E since she started at KTM in 2011. She trained as a mechanical engineer and in industrial design in Emden, Germany and while she was studying she was involved in a project to convert a motocross motorcycle to an electric bike, which matched very well with the project KTM had begun. Nina was offered a job before the end of her studies, and brought into the company to work on the FREERIDE E project.

Nina’s background has always involved motorcycles: “My grandpa was living with us when I was growing up and he has done many things with bikes, so since my childhood I’ve been around these kind of things. It’s great that I’ve been able to be involved with motorcycles as a career, and to be surrounded by them every day while using what I’ve learned while studying has been a great opportunity,” said Nina. 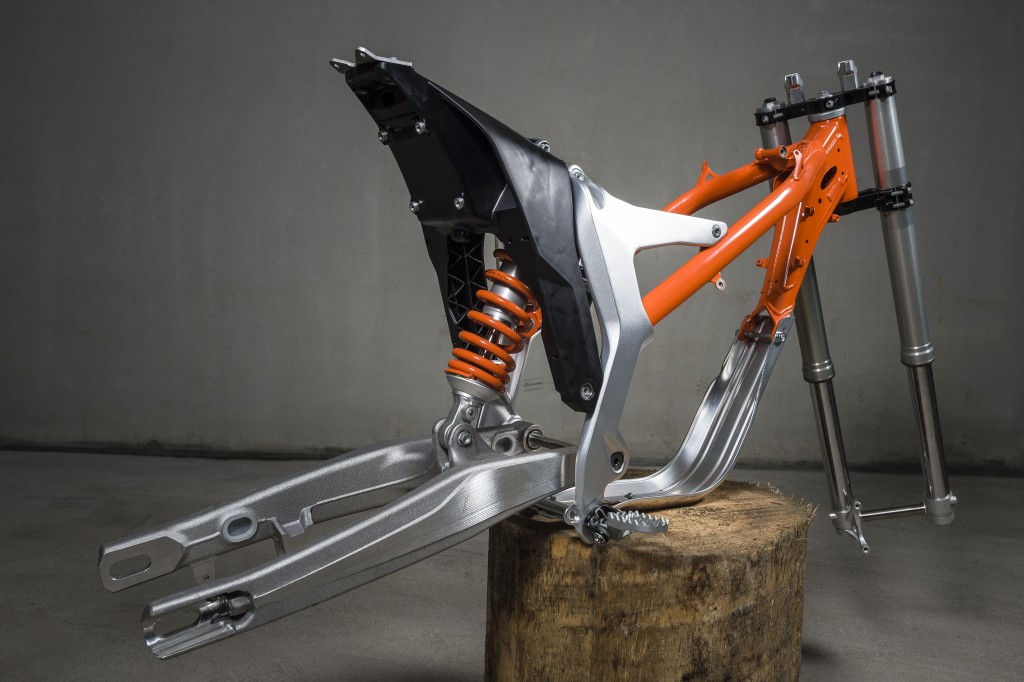 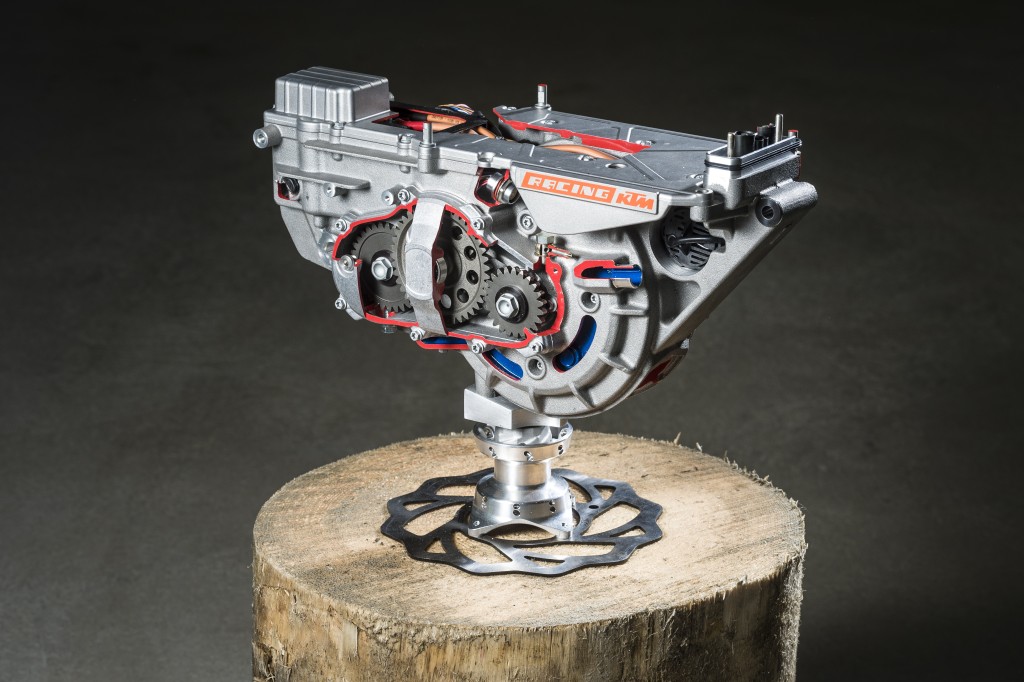 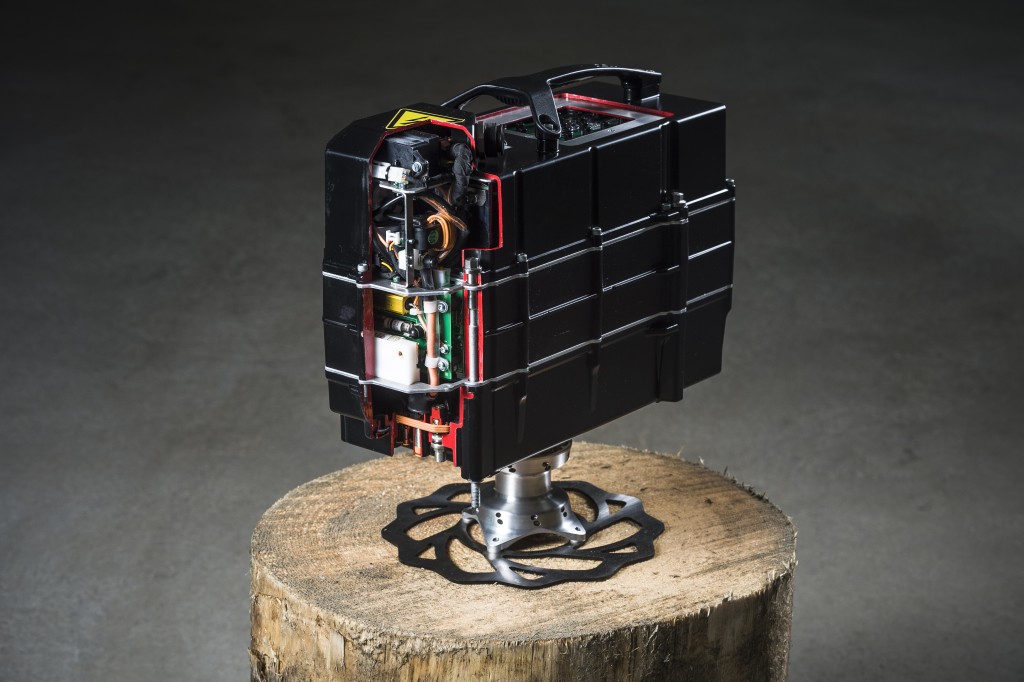 The FREERIDE E project has been Nina’s focus since she started working at KTM, and although the project began some time before she arrived, the German lady has been pivotal in the study and development process of the motorcycle. On a day-to-day basis Nina can be working on the development of current designs, battery testing and other areas, although her main focus at the moment is concepts for the future and ideas that KTM may bring to the table in the next few years.

The FREERIDE E that we see going to market now has had a lot of Nina’s involvement. She explained that while she didn’t focus on one particular area of the bike, the original design for the FREERIDE E was with an air-cooled system. What they found during testing was that above 35 degrees or with a fast rider there may have been issues with the bike overheating. Nina was involved in the process of switching to a water-cooled design, and she’s also been doing a lot of lifetime research on the battery cells to improve the duration and life span of the motorcycle’s battery.

“In the beginning there were already the ideas for the FREERIDE E – a silent bike that would suit beginners, and the team wanted to create a good shape, so it wasn’t as high as conventional bikes. This is my first big project, so I’m a little bit nervous seeing the bike going to market, especially as it’s a new concept of bike. It’s very exciting to see it going for sale, and I want it to be a success.” 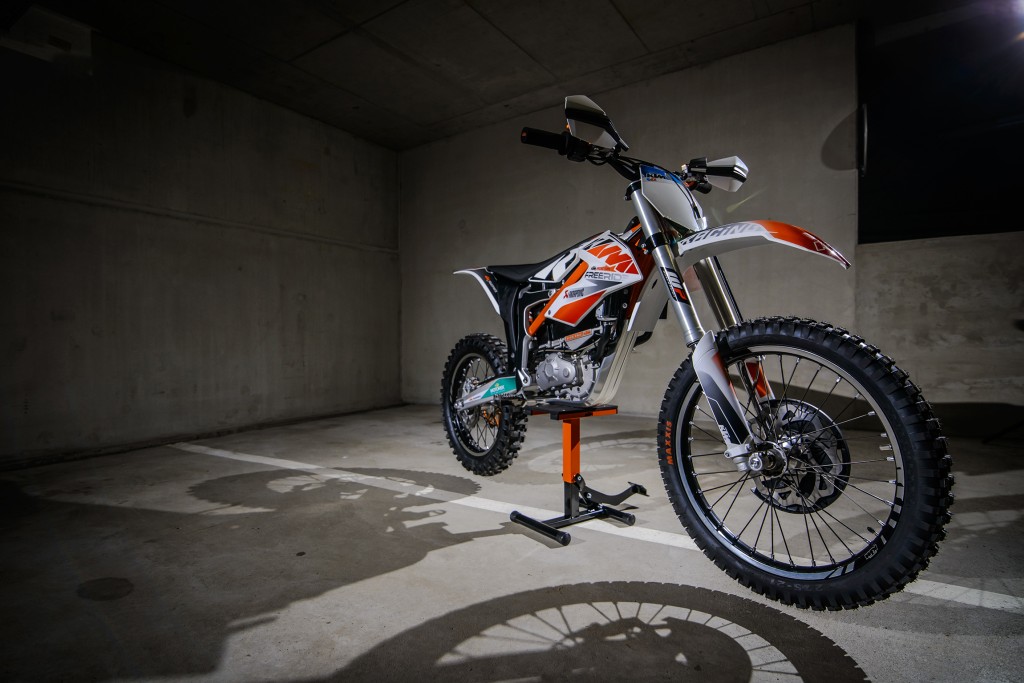 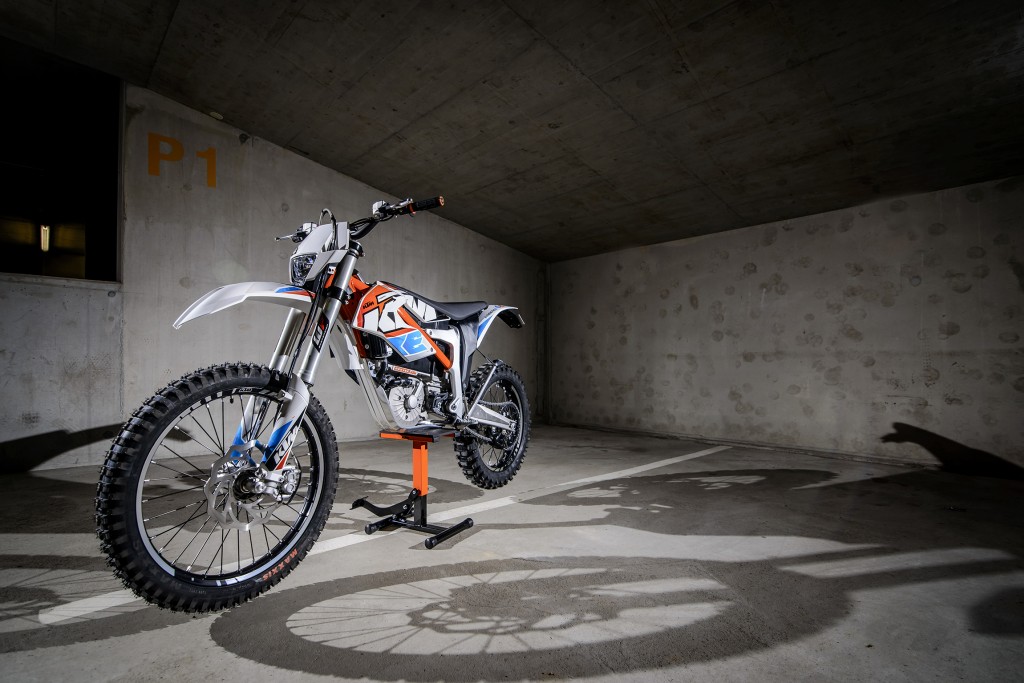 The KTM E-Parks, which are situated in a number of countries around Europe, are a great way for riders to try out the FREERIDE E or make their first step to becoming an offroad motorcycle rider. Nina has spoken to many people that have attended these, and the feedback has been very good. She has said it’s clear that people in general, even the expert riders, are quite surprised on how powerful the bikes are.

“Mostly the people are surprised, as they expect the bike to be more like a toy than a fully-fledged motorcycle. It’s actually very powerful and a lot of fun to ride. From a personal point of view we now have to work on a longer battery life, and without big design changes, but we are sure that in the future we will be able to implement more cells. It won’t take a long time to find something that lasts longer,” continued Nina.

As a rider herself Nina competes the FREERIDE E against the conventional combustion bikes in races, including some of the German cross-country championship events. She says you need a fair amount of batteries to get through the race, which the end customer is unlikely to have, but the bike isn’t too far off, and holeshots are ‘easy and guaranteed,’ although time is lost swapping batteries. 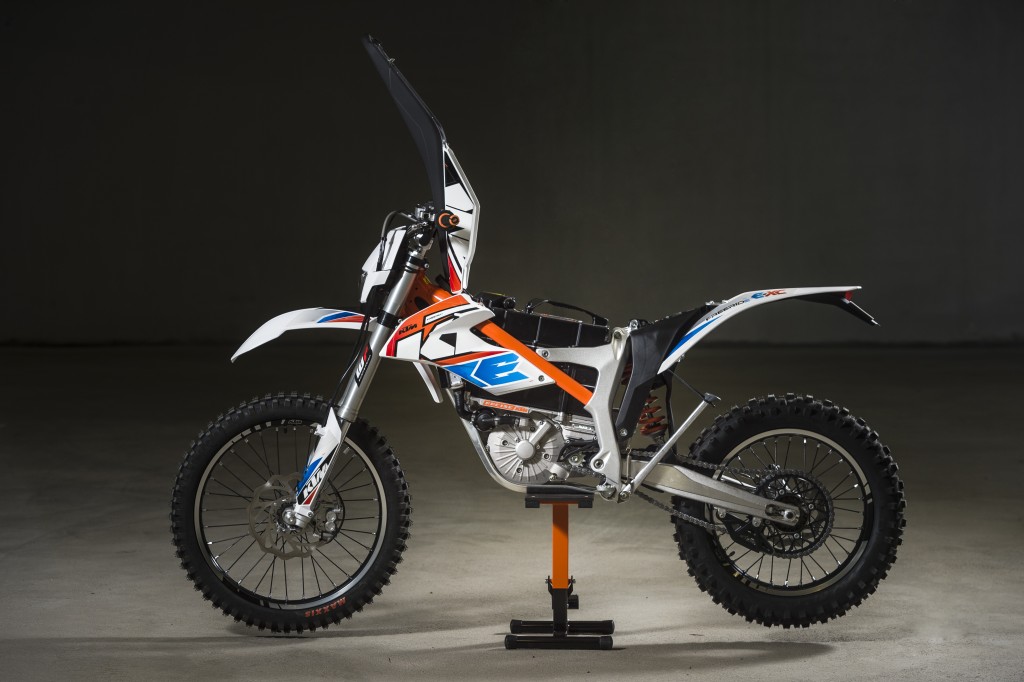 “Riding the bike in races is for sure the best test, and the holeshot is almost a guarantee with the power that’s provided. At the moment we lose time swapping batteries, and it’s likely the current end customer won’t be able to do long enduros with one battery, but the basis is there.“

“The bike copes well with the hard demands, and it’s always a surprise for fellow competitors when I appear and pass them, with the bike being so quiet. It’s good to show that the bike can compete already at a strong level against combustion machines, and it’s easier than a typical dirt bike from an effort point of view, as the bike is lighter, and the power is instant.” 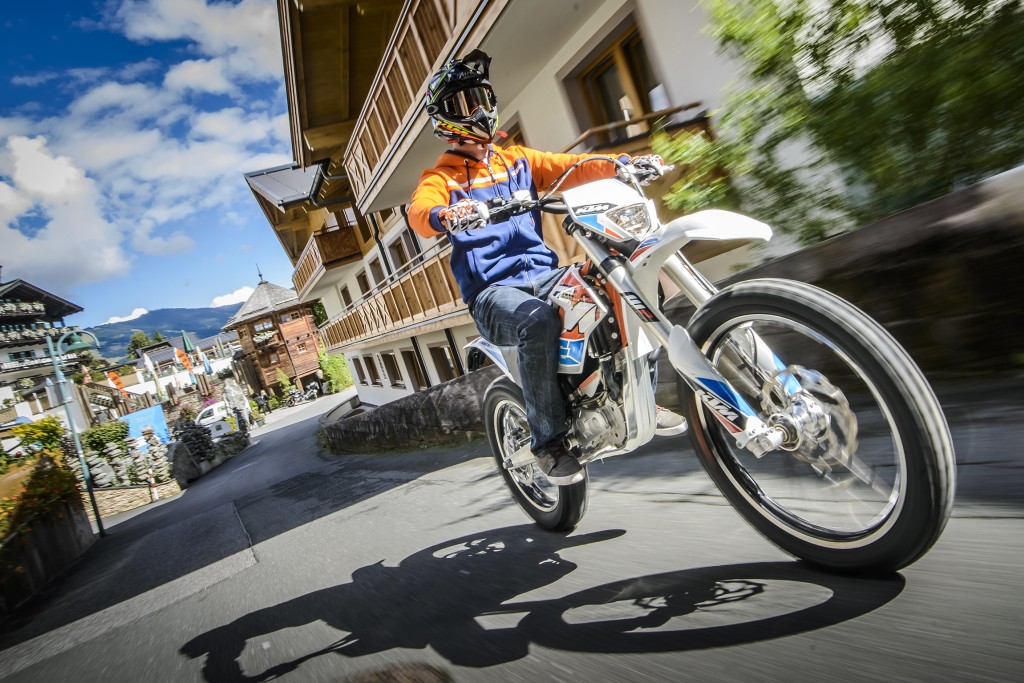 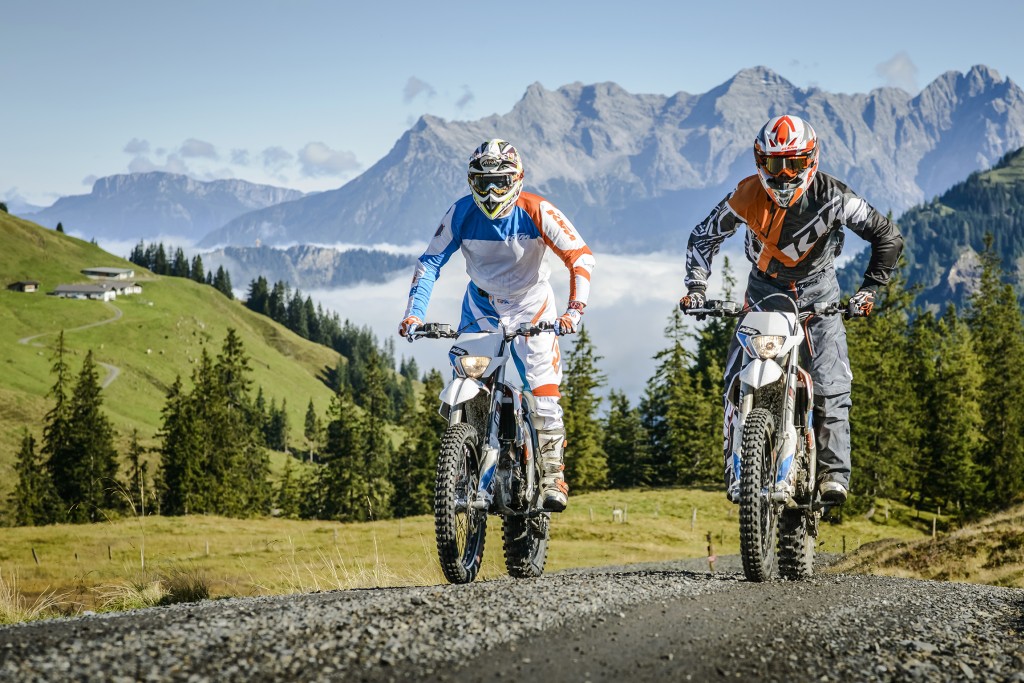 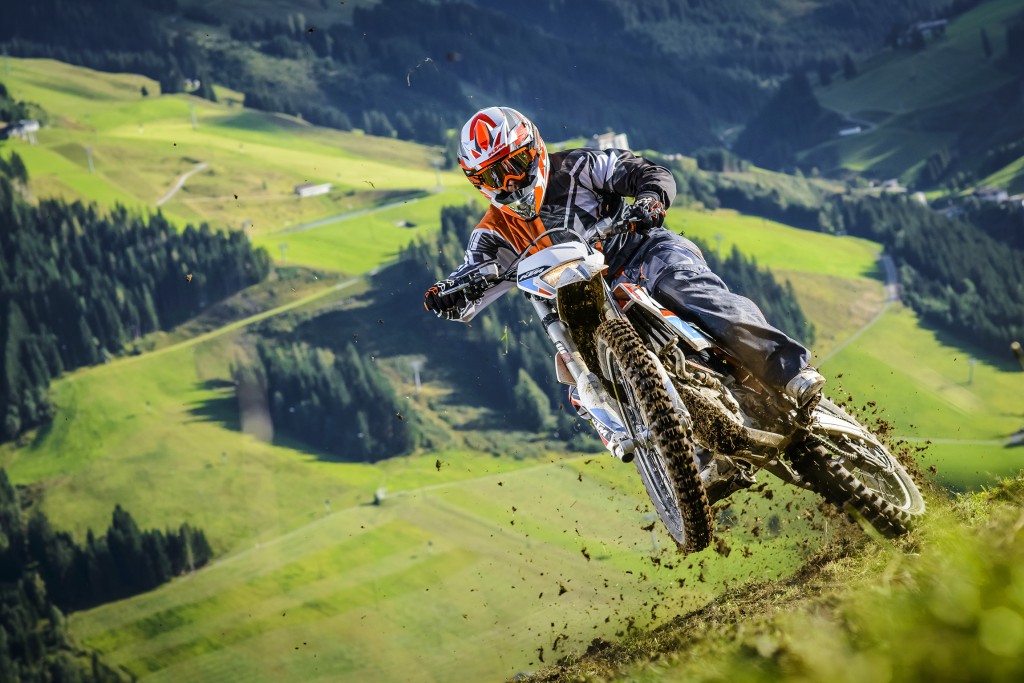 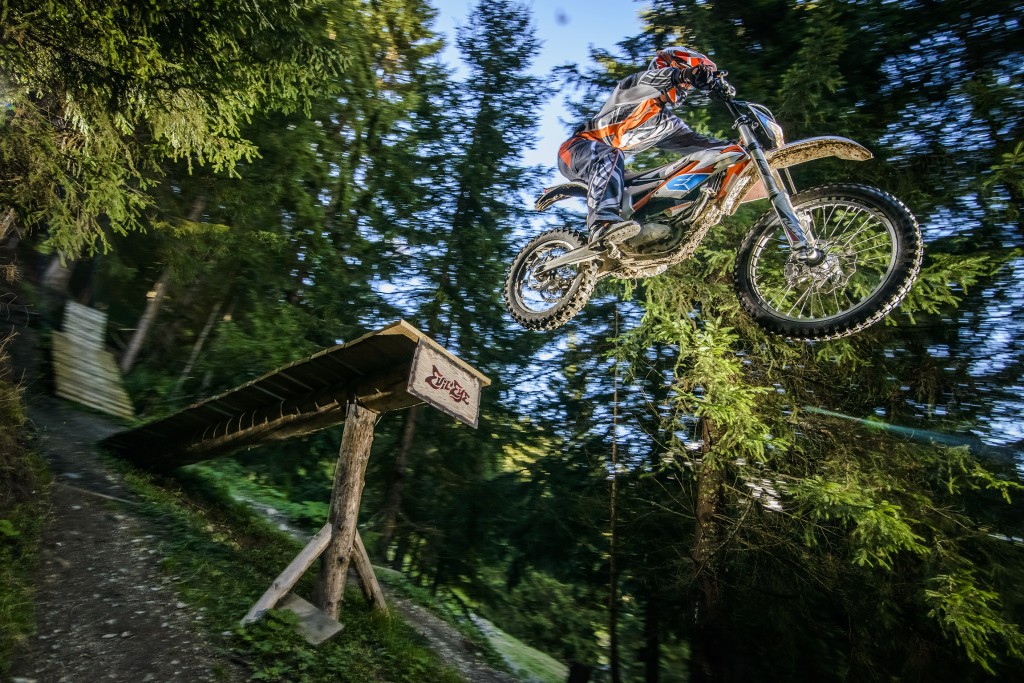 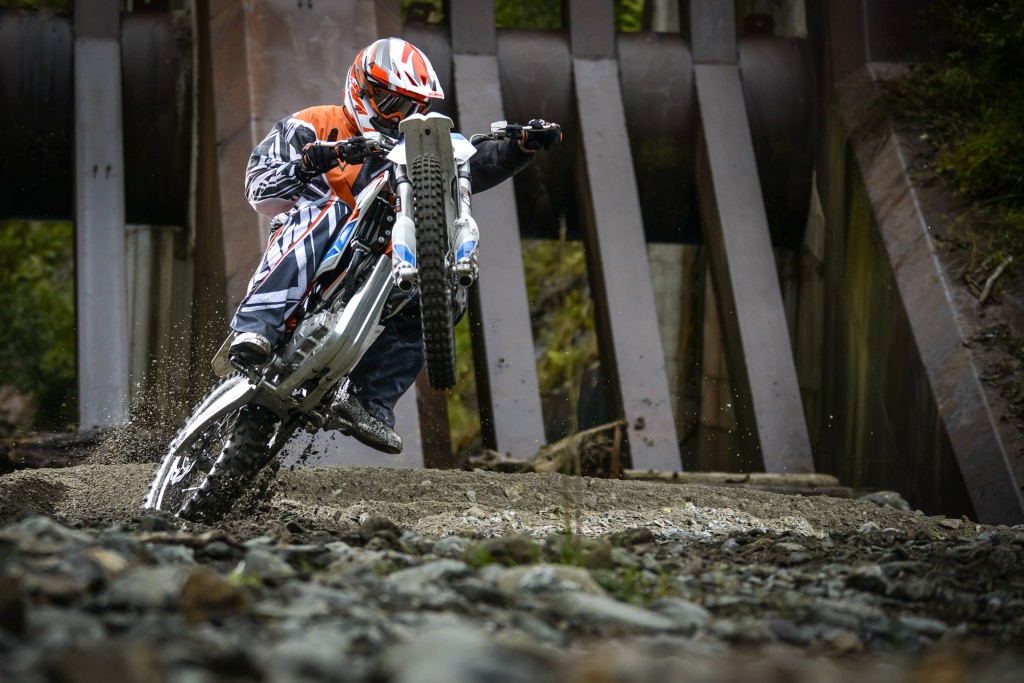 Nina hopes that some of the other manufacturers will bring something to the market to compete with the FREERIDE E, and she is sure they will do something if the bike is a success. Nina said there’s a lot of potential for growth, but it is dangerous to guess from the beginning what the sales figures will be. The intention is that the bike can be ridden in urban areas and where combustion bikes can’t, but the technology is continuing to evolve.

“It’s good to be working with KTM, as it’s fun to be working on this project and the company is fast-moving. There’s always something new to learn and a project to bring forward. It’s challenging, but exciting and I love it, as it’s not always clear what direction we’ll be going in next. The company, and especially the people in R&D, are all crazy about motorcycles, it’s not like they would be happy working for a washing machine company or some other technology. Motorcycles are the heart and soul of the company. It’s in the blood and I love it too,” concluded Nina. 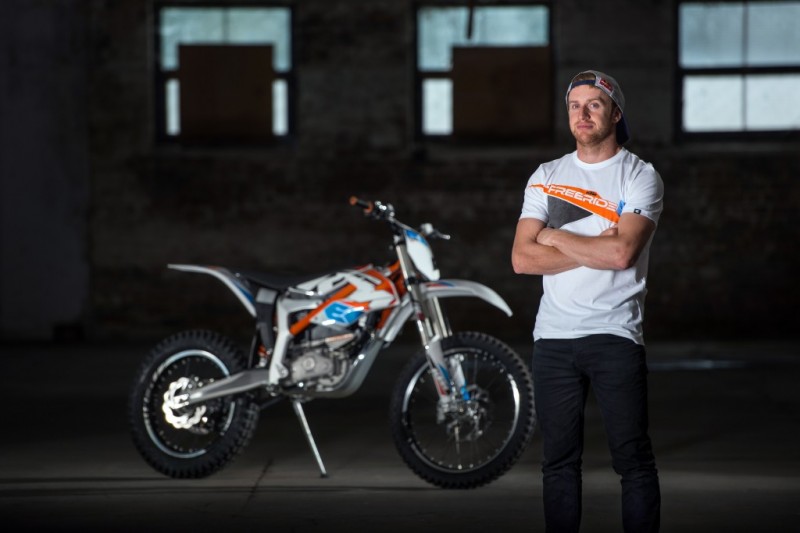