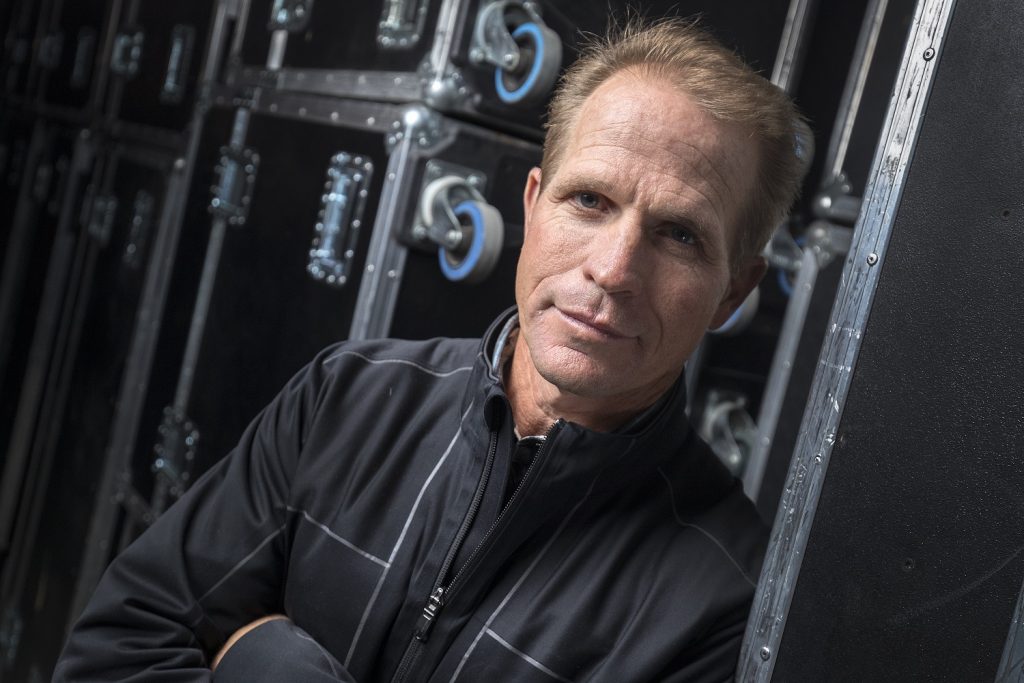 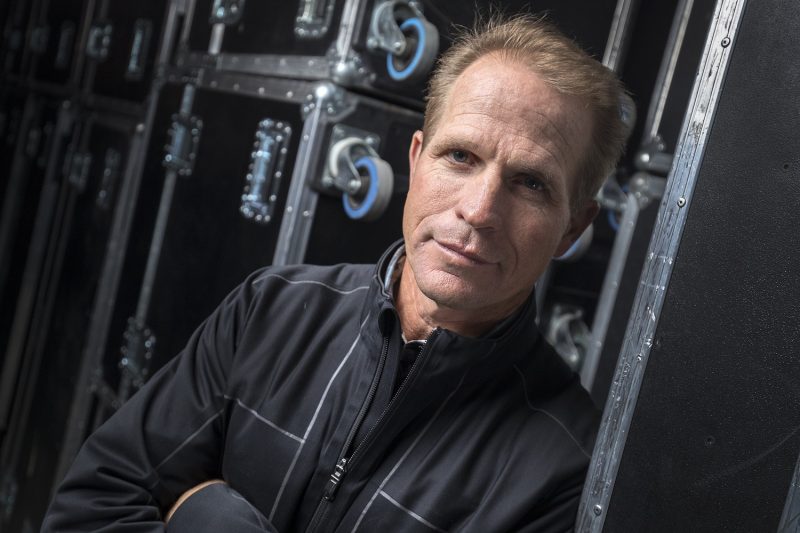 KTM North America’s HQ sits quietly and plush in a suburb of Murrieta, California. Almost 3000 miles across the country and in the depths of Florida a more furious type of work – essential to the Red Bull racing wing of that operation – is taking place. Aldon Baker’s ‘Bakers Factory’ complex has been the sole domain of KTM AG athletes for over a year. The South African, who indirectly exerted his influence over the sport due to prolific alliances with Ricky Carmichael, James Stewart, Ryan Villopoto, Ken Roczen and Ryan Dungey (as well as working with racers such as former MotoGPTM world champion, the late Nicky Hayden), is now marshalling names like Marvin Musquin, Broc Tickle, Jason Anderson and Zach Osborne. A ‘Baker-crafted’ talent has won every 450 SX championship since 2010.

“From 2010 we worked hard: we built a new workshop, we got Roger [De Coster], we created a completely new bike and we got better riders,” recounts KTM Motorsport Director Pit Beirer of the origins of Baker becoming orange. “We were missing the trainer … and if we missed a championship then it was probably because Aldon was working with somebody else! But we also won championships with him on our side.”

“It was a target that at one time seemed unreachable when we first had it on the agenda but at the beginning of this year we got more and more riders to him and in the end we could finally close a deal in January that there would be nobody else in his camp apart from KTM and Husqvarna riders,” he adds. “It means we cannot create a better base for a rider. If you come to us you get a good bike, team and the best trainer. We can offer a package that is really important. It took seven years for me to get all these people together to run such an operation and I think it is something that can make us strong in the future.” 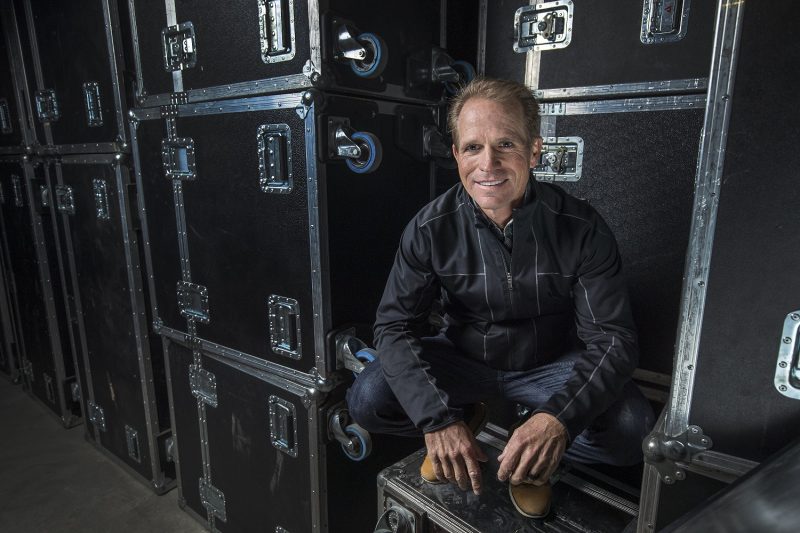 Baker’s knowledge and work ethic and the subsequent results with his athletes have made him the most sought-after specialist away from a toolbox. Osborne has publicly commented on the ‘power of association’ of working with Aldon both in terms of the mental boost for the rider and the sense of foreboding for rivals on the track. Entering the Baker program however required unwavering levels of commitment.

“For sure I was scared!” half-jokes Musquin. “I did not know what to expect. In the beginning it was Roger De Coster’s idea. He said ‘I’d like you to meet Aldon and consider working with him and making a step mentally and physically in your program’. To be honest I was really curious about how it would be and I knew I’d need to move to Florida. I knew it would be a big change. Today I have no regrets. It helped me straight off in the first year. I had more confidence and I won a Supercross championship right away. It was fun to move to a new state and see new things and new tracks and riding with other riders: training all together was a big benefit.” 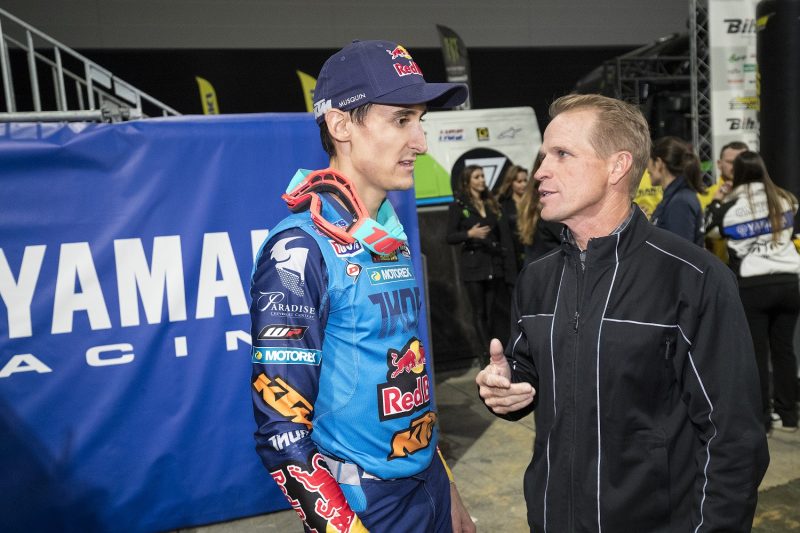 If Baker initially made inroads through the conditioning and fortitude of his ‘clients’ then he recently made another through the ‘factory’s’ policy of encouraging and asking top-level athletes and fellow competitors to train together. “It was like ‘racing’ at the practice track,” reveals Musquin, “and that’s what we do with Anderson, Osborne and Tickle now … it is a good structure.”

“This whole sport has evolved, jeez, when I first started there were no trainers and I gained some ground and saw what worked,” says Baker, sipping on a bottle of water in the heat of the Las Vegas paddock for the 2017 Monster Energy Cup. “Back in the day I would never have put two good riders together. That was not the mentality. I think to get the level up you would have had to do that but who would have been willing then? It was a challenge, and now it is kinda the norm where good riders are working together.”

“I think it is good for the sport to create that level. The improvements in bikes and machinery [are so great] that we now need to improve the athlete to keep up and that’s one of the ways to do it.” 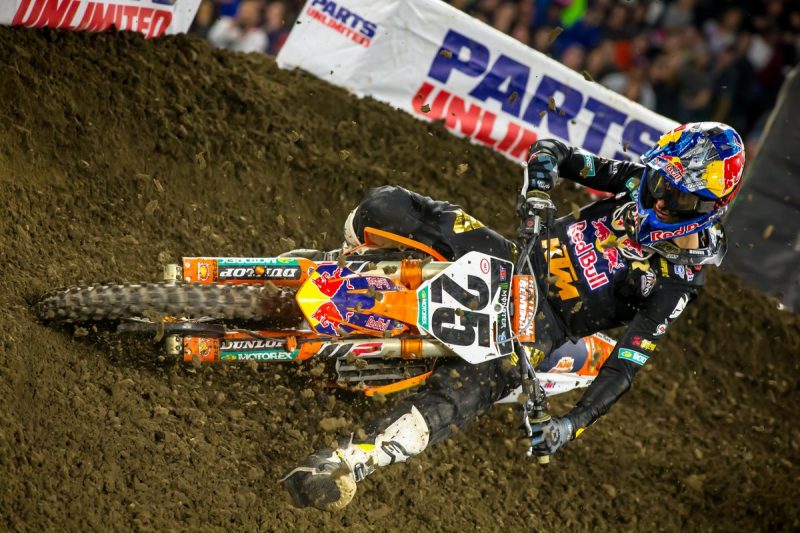 The factory, located in Sumter County, is Baker’s biggest move towards a future plan of working with other trainers as much as the riders themselves. “My goal is to get out of being a ‘one-man show’ and to develop a business. And part of that is having the full-circle and being able to bring in new guys and develop them. Having a team will create longevity,” he says. Stamping the complex with KTM AG insignia was another part of that process. “It has probably been the biggest turning point for me in regards to what I do in the industry,” he opines. “The deal came into the forefront when I was developing the facility because it is a massive undertaking and to have them backing that and wanting to be part of that is huge.”

“I remember thinking ‘I just need one Supercross track and an outdoors track …’ and now we are up to three Supercross and two outdoor tracks! It depends how big the land is but right now it’s to the limit of what I envisaged. It could never happen in California due to the [cost/availability of] land but if you look at it then most of our races are towards the east coast, so it makes sense to be in Florida. We have the workshops and the tracks but at some point I’d like to have the machine shop and suspension bay and the full deal. I think as the relationship grows KTM will see how important it is developing the riders … I believe they are a company that is ‘all-in’ when it comes to that side of the sport.”

Aldon is talkative. He has his views on Ryan Dungey (“I felt he could have done more years for sure. But I also know that when an athlete is going to question things then this is not good. If he had not been as successful as he was then he wouldn’t have quit. Ryan also wanted to have a family and he knew that would be hard to do in his situation. I think all of those put together meant that he made a good call.”) as well as on Jeffrey Herlings who he met briefly before the Dutchman won the last AMA Pro National of 2017 and the US GP in Florida (“man, he is committed and does a lot more than anyone else wants to do. He has the right attitude and it worked out well.”). He chats handling multiple race winners (“I think you eventually get a feeling for the right feedback at the right time and you have to be upfront with all the athletes. I think you need to have that respect factor, and that they trust you. From them there is always that worry of ‘are you helping him more than me’ and the answer is ‘no, I’m trying to help you all attain the best’. It is a balance and sometimes it is not an easy job.”) and his possible future influence in Europe (“I am getting to the stage now where I need to start training other trainers and that does include Europe and of course KTM and Husqvarna are open to that. There is a big umbrella. We need to work on some logistics but I do see it happening in the future.”). 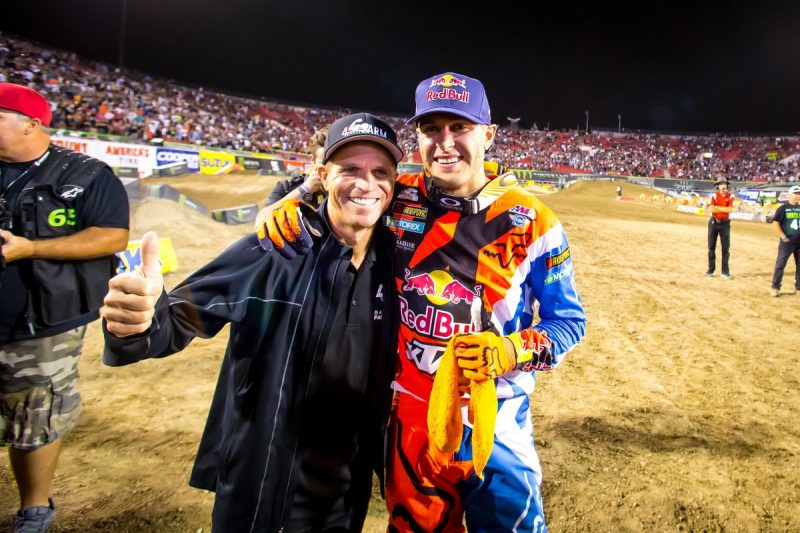 But we also want to chip away at some of that expertise when it comes to all that work in the gym and track. Are there still areas and fields for him to master? “If it was just about the training, so the cardio and the exercises then, heck, I have good enough ratios and information about the physiology of what the body is doing [not to worry] … but [the next stage] it is the mental side, the character of the athlete and the evolution of the sport,” he advocates. “What I did with Ricky back in the day would not work now. I’ve had to change things and try to learn. I have a lot more data to use and just watching motorcycling then you learn. A lot of it is on the track still: to make them sharp and fast and get them up to a level. The training is part of that … but it is a combination of everything and if you don’t have the circumstances to push that – which means the facility and a good team to provide the machinery and technical backing to be able to push all the time – then it is not easy.”

Baker certainly remains open to the latest technology and methods to diversify his feedback and to explore new waters. Where next?

“I think it is psychology,” he offers. “Something like nutrition has evolved and we know a lot more than we used to. The cool thing is that we now have a lot more tools to use, like these GPS systems to find better lines and see where speed can be won. Before it was just a stopwatch and looking at the track but technology has moved and it has been a big step forward, especially if you are watching four guys. It helps a lot.”

With almost two decades invested into Motocross Baker has developed a passion for what he does and the sport itself. He clearly has a path and objectives set for his professional life and development but what moves a man with so much success and such a potent reputation to keep on striving. “I think everyone at this level has talent and ability but helping them to really reach their goals is the fulfilment for me,” he defines. “If a guy retires under his terms and has done enough and won enough and reached his goals then that’s a real achievement.” 222 Responses to Interview of the Month: The Ringmaster – Aldon Baker