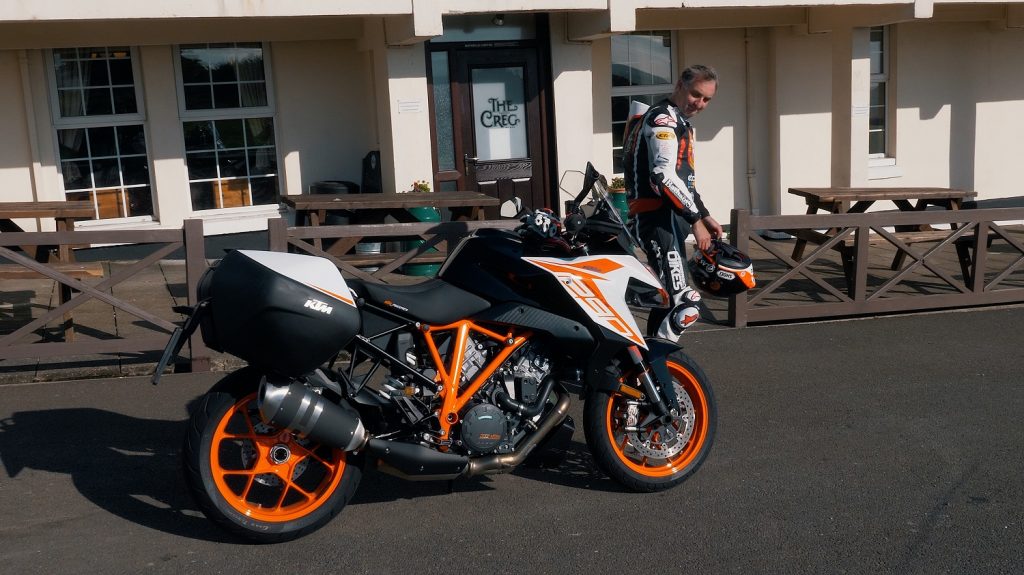 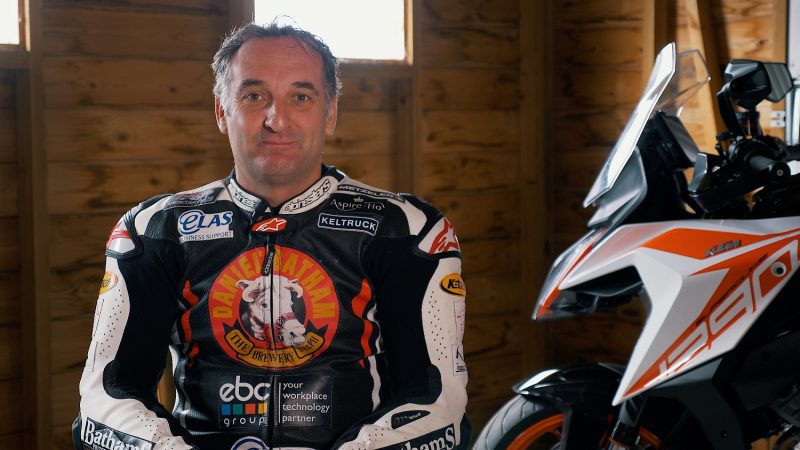 The Isle of Man is steeped in motorcycling history, largely thanks to over 110 years of racing on its public roads with the uniquely challenging 60 km TT Mountain Circuit now producing laps with an insane average speed of over 217 km/h!

But away from the famous fortnight that is the annual TT races, the small island situated in the Irish Sea also provides an incredible place to go touring on a motorcycle due to its stunning and undulating landscapes, winding roads and historic landmarks. For those who have a lust for speed, the infamous Mountain Section remains free from speed restrictions, however riders must treat it with the respect it deserves – the island far from encourages would-be racers to live out their own TT fantasies when the roads are open to normal traffic …

One man who can’t resist the exclusive excitement that is the challenge of racing the TT is six-time winner, Michael Rutter. In a racing career spanning 30 years, as well as success on the roads, the 46-year old Englishman has also battled it out for 28 victories in British Superbikes and now combines his competition career by also testing motorcycles for Performance Bikes magazine. So, when it came to quantifying the credentials of the new KTM 1290 SUPER DUKE GT ahead of its release at the end of this year, KTM handed Michael the keys and put him on a ferry from mainland Britain to the Isle of Man. The result of the ride can be seen in this epic new video …

Setting off from the Ben-my-Chree Steam Packet Ferry at the port in Douglas, Rutter’s route toured the town and cruised the coastal road before heading to Fairy Bridge to wave to the fairies (as is tradition for luck). Back through Douglas, Michael and the GT took to the TT circuit until Ballaugh Bridge then headed to the Jurby Motordrome to remove the panniers and add some pace. The race circuit on the north coast of the island provided the possibility for full-throttle thrashing.

With the ‘boxes’ back on, Michael and the GT headed to the town of Ramsey, where the road begins its climb of the Snaefell Mountain. Powering out of the Gooseneck, Rutter unleashed the KTM 1290 SUPER DUKE GT’s 175hp of LC8 power, all the way across the mountain before stopping at the Creg-ny-Baa public house.

Michael Rutter: “The GT is a world away from what I usually ride, I was amazed by the performance – particularly the engine; the torque and drive is phenomenal. Very impressive. Comfort is a big factor; the seat and bar position were spot-on at speed on track and on the road. For a bike designed to tackle a variety of riding types – having a blast and all-day touring – it works fantastically in all situations, even ridden hard on the fast and bumpy Jurby circuit. Best of all, it has heated grips – a big thing for all year riders and even for summer in the UK!” 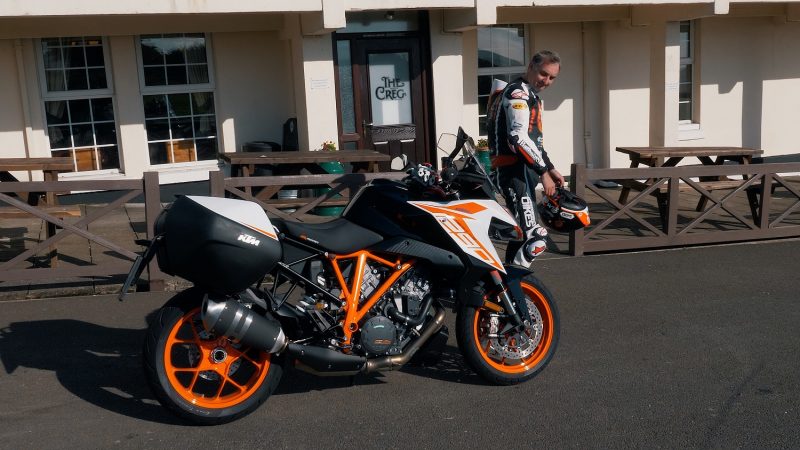 116 Responses to ISLE OF MAN GT