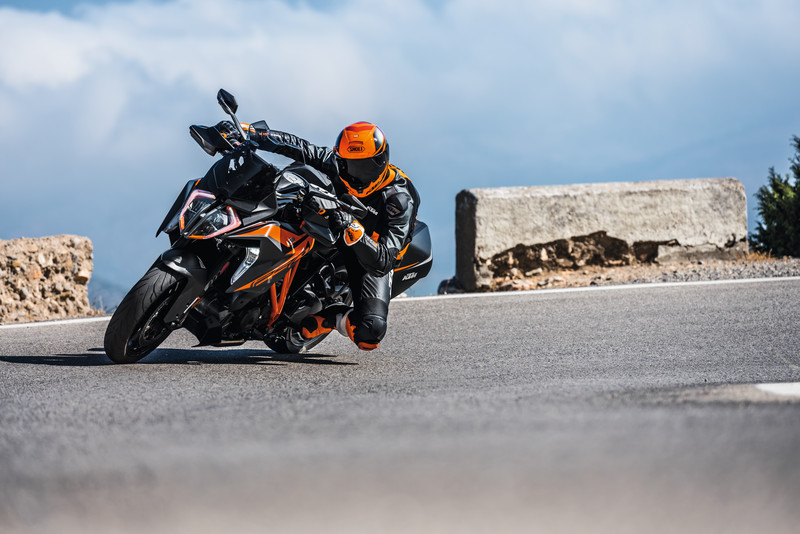 The covers are off KTM’s heavily updated sports touring titan and we spoke with Project Leader, Tobias Eisele, to find out what’s new. 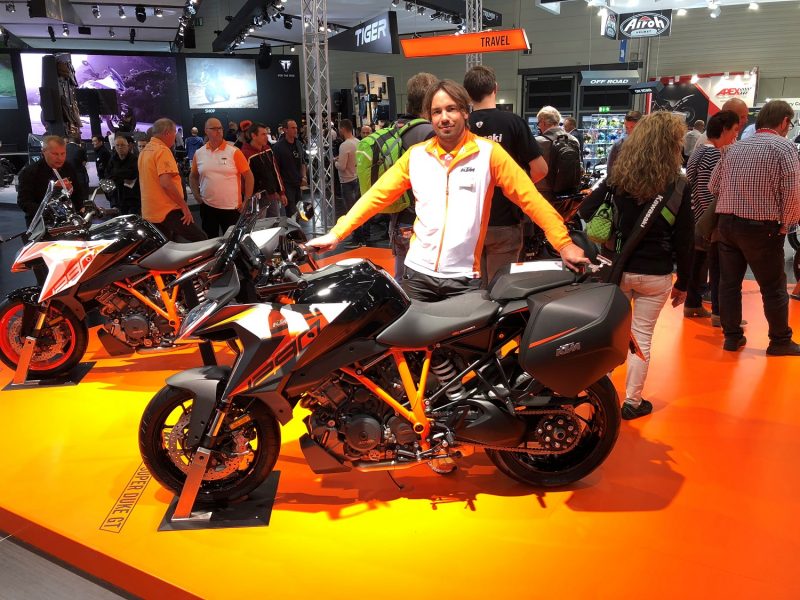 Following the launch of the KTM 1290 SUPER DUKE R in 2014 it was quickly discovered that ‘The Beast’ also had a softer side; the amount of torque available made the engine flexible for a variety of riding situations and the ergonomics – despite the exposed bars – was actually quite comfortable for longer runs. Rumor has it that this got the KTM engineers thinking what a bit would some weather protection and a larger tank could do for this machine …

Fact or fable and whatever the decision-making process it was a good one because when KTM entered the sports tourer market in 2016 with the KTM 1290 SUPER DUKE GT it was in the typical READY TO RACE style – big on performance. This new model in the range saw a SUPER DUKE less track extreme and more grand tourer with the results as predicted; a true long distance machine with the ability to play in the curviest of corners.

But history has shown us that KTM never closes the throttle of development and no sooner had the first-generation GT hit the showrooms the R&D engineers were busy working on a sequel. Fast forward three years and KTM BLOG was at INTERMOT in Germany to see the covers come off this new GT. At first glance, the changes seem only minor; new headlight, eye-catching graphics. But Project Leader for the bike, Tobias Eisele, was in Cologne for the international motorcycle fair and spent some time with KTM BLOG to assures us the changes are both significant and a major improvement. 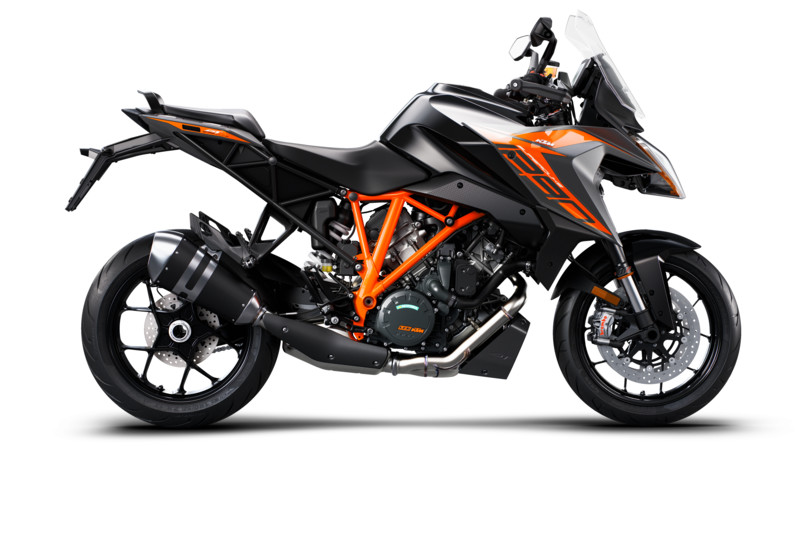 Tobias, what’s new with the GT?
“There are many things! Aside from the chassis and wheels, quite a lot has changed in this big update. We have a new engine – same as from the 2018 KTM 1290 SUPER DUKE R – with revised resonator chambers, titanium inlet valves and a new mapping to give 175 hp and 141 Nm of torque. There’s now the Quickshifter+, so clutchless up and down shifting. We have a 6.5 inch TFT dash with a unique display for the GT, new windshield and adjuster mechanism, LED headlight, the latest generation setting WP semi-active suspension, storage compartments within bodywork that includes one with a USB charger.”

Is that all?
“No! We also moved the cruise control to the left handlebar, added heated grips and handguards as standard, keyless ignition with KTM RACE ON, we are navigation ready with KTM MY RIDE and of course two new colors and graphics. There’s also a new optional ‘Track’ mode – including launch control, nine-level traction slip control, anti-wheelie. You can say we’ve been busy.”

What were the main goals for the new bike?
“The main goal was to put all the latest premium features that are already available on other products in the KTM range and add them to the GT. We also had to improve on any weaknesses, such as wind protection and the windshield adjustment as the latter didn’t feel as sophisticated as it should have been. So, trying to improve lots of little bits to make the GT a more complete and sophisticated bike. Not a small task.”

How much did you listen to customer feedback?
“When we started on this new version the original bike was only just out, so not much feedback from the outset. We knew our goals for this machine and then feedback soon filtered through. A criticism of the original Street suspension setup was the inclusion of anti-dive. The new suspension settings for Comfort, Street and Sport are massively changed, but with anti-dive now exclusive to Comfort. Other small things included the wish for the cruise control to be on the left bar, a longer pin on the side stand to make it easier to reach with the foot, a quickshifter for up and down and – of course – a TFT display.” 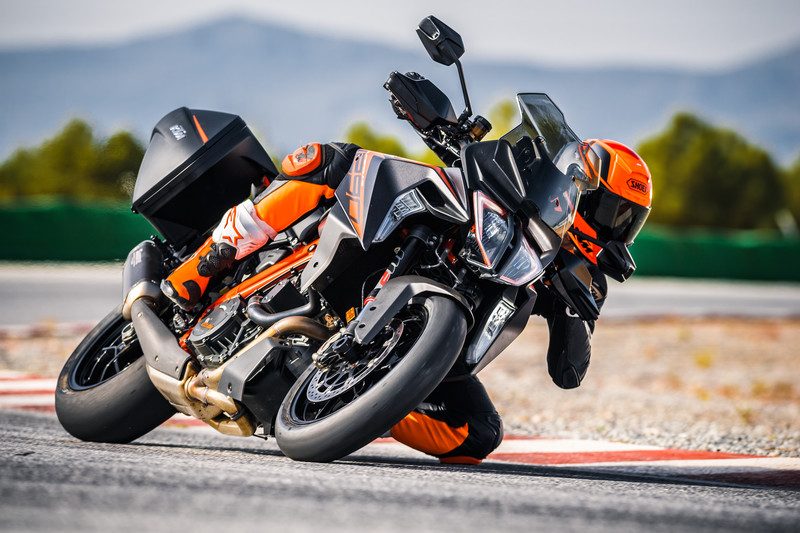 What were the biggest challenges?
“Just putting the bridge to all those new features we talked about. The dash, for example, required a new software development; it was a big challenge. You have the supplier for the display, the designers, the engineers for the functions and you have to bring it all together. In another life I worked in aerodynamics for F1, so this area of the GT was something I was very interested in. But rather than performance, we worked hard in this department for comfort – such as weather protection and noise from the screen at speed. But as well as the rider comfort, we had to make sure it was a good design. As we didn’t want to make a compromise, there was a lot of back and forth between the engineers and designers but I’m happy with the result.”

So how is the GT aerodynamically better?
“Well, we have handguards to help keep cold wind and rain away from hands, but the way in which the new headlight and screen are working sees the bike feel just as comfortable to ride as the previous bike even when you are doing 20 km/h more.”

What part of the bike are you the most proud of?
“Besides aerodynamics and the semi-active suspension where we have made a really big improvement – especially between the modes – without changing the hardware, I would say that it was convincing my bosses to add the two storage compartments on the inside of the fairings. We’ve done this without having to add any big boxes and the way they work is really neat. When we completed our first prototype, I asked my manager to find where we had hidden a phone and he couldn’t manage it. Mission accomplished!”

Backed up by a bigger array of official KTM PowerParts to further personalize this potent sports tourer, the KTM 1290 SUPER DUKE GT hits showrooms at the end of this year. 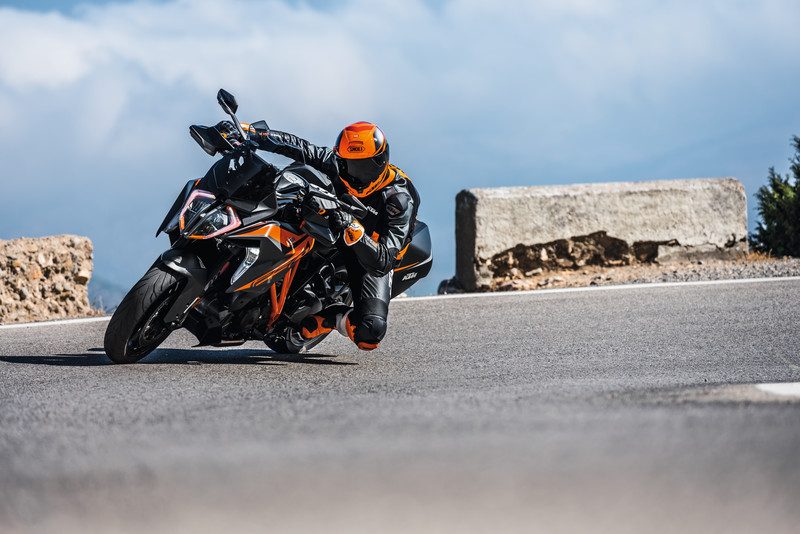