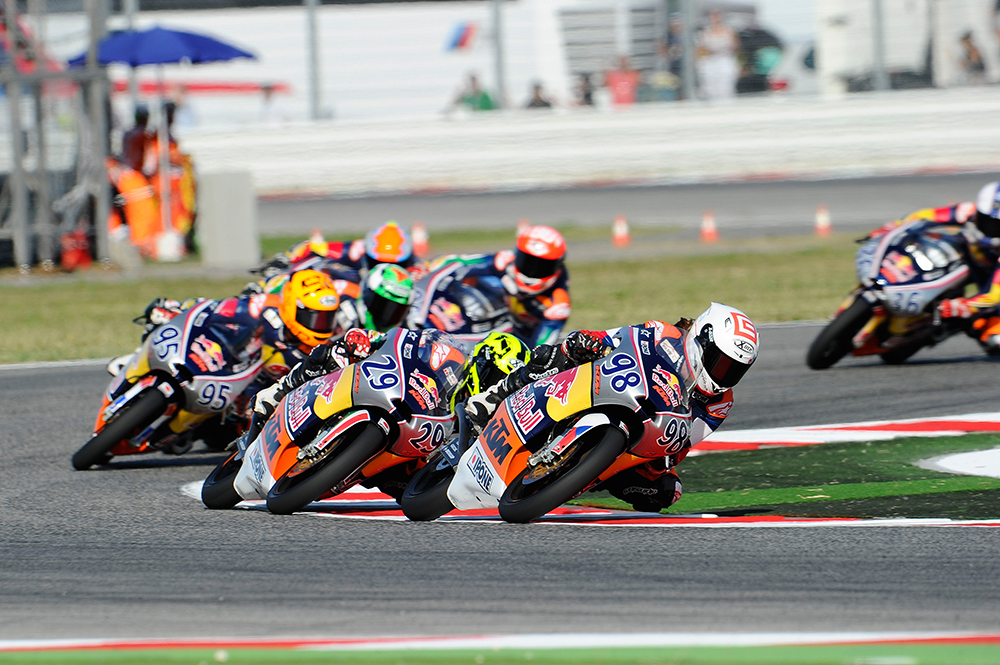 He knows what he wants. A good guy, well educated, humble and fast. Meet Karel Hanika, you might have already heard of him. The 17 year old from Brünn is still going to high school but he has won the 2013 Red Bull Rookies MotoGP Cup with six wins and three podiums so far. As part of the German Freudenberg team he also finds time to compete in the IDM Moto3 championship, where he racked up six wins on a KTM RC250R after entering the series mid-season. We spent some time recently with Hanika at Hockenheim where he was proclaimed by the circuit commentator as ‘the raw diamond from Czecho’.

Some people say you look like a mix of James Hunt and a young Barry Sheene?
Hanika: That’s a first! I’ve never been compared to any photos yet. Anyway, for sure, I do not want to copy somebody. I have my hair a bit longer because I like it that way. Maybe I’ll change one day, I don’t know.

Anything special you want people to know about you?
I am a normal person. I just like racing, that’s it. If I am not riding, I like to play tennis and snowboard during winter or PlayStation 3. I love all kind of sports. I have a KTM 250 Enduro bike just to ‘sit on something’ while riding around and practising, but I get to school with a tram and a bus! My favourite rider is Nicky Hayden, and Jorge Lorenzo. 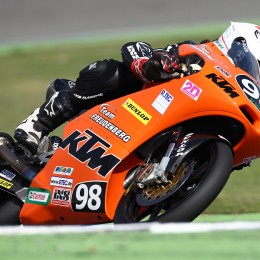 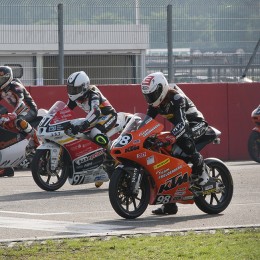 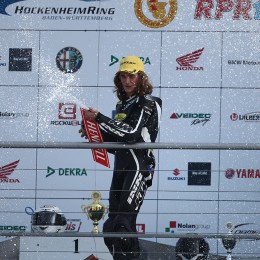 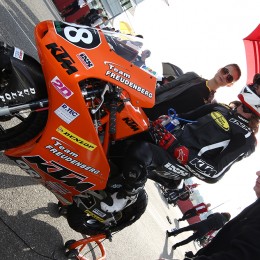 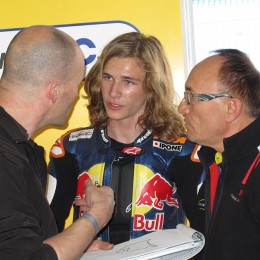 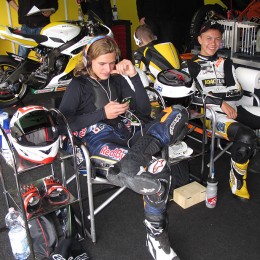 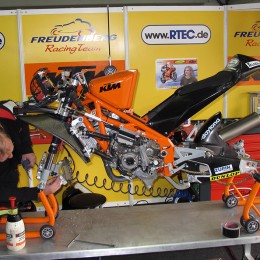 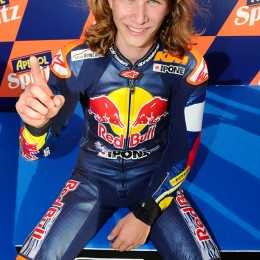 Before sitting on the bike, you grab the footrests like Valentino Rossi. Why?
I try to take out all the stupid things out of my head. It helps to focus, to concentrate on the bike and my performance.

Before going out on the track, you put on headphones and listen to some music…
Yes, but only sometimes. Not necessarily before the race but some hours before. It’s really helpful, to block out all things around me, the people and all the hectic stuff. I try to think about the race, the practice sessions, to do everything right, to be prepared mentally. It is not heavy metal or rock. It’s some techno, rhythm & blues. I also like the heavy stuff but not at those moments at the track.

In the Red Bull Rookies Cup you’ve taken six victories plus three podiums. Did you expect to win so many races, the title and have a season like this?
No way! Before the season everything was up in the air. I had to get used to the new four-stroke bike and new guys came along who were very fast in pre-season tests. However from the beginning I was able to ride at the front and with good lap-times. I was good in the qualifying practice. I managed to maintain my performance from the beginning; that’s why I won the title.

Any explanation for how you are riding so fast?
It is just bike and I; we have a good feeling together. I like this bike more than the two-strokes. It’s very smooth. It fits me well. There was only a short phase to get accustomed to it but from then on everything worked out fine. It is pretty nice to ride and race this Moto3 KTM. You are not struggling out of the corners like with a two stroke. It is not as aggressive on power; it’s a lot smoother which I prefer. That general good feeling is maybe the reason I was up front from the beginning of the season.

What is so great about racing?
Well, my Dad did it and that is why I started. I was riding more and more…so I liked it more and more! I know it is the thing I’m best at, better than football or other stuff. It’s also pretty original doing this sport. That is why I like it. I do it because of the excitement of a race from start to finish, not because of everything around it. I enjoy every session on the bike. I don’t do this to be famous or something like that.

Your father Karel was Czech Superbike Champion in 1992 on a Kawasaki 750. Helpful?
Of course. He bought me a bike when I was 6 years old and took me to the circuits. Without him I would not be a motorcycle racer. He is travelling with me and was always helpful when I stepped up to bigger bikes; GP50, then 125 and now Moto3. First he explains how it works, after we try to eliminate mistakes and analyse what can be done better.

You also did the German IDM in Moto3 on a KTM and won a couple of races…
We did a deal with the German Freudenberg racing team. They asked me if I wanted to ride for them, and I said ‘yes’ because it was good training for the rookies cup as the bikes are the same. Every race is good for getting more experience and that is important. It is a very good team and I enjoy riding for them.

Ready for the big Moto3 adventure next year?
Yes! I will try to live in Spain for a while to train and be well prepared for next year…even better than I was for this season.