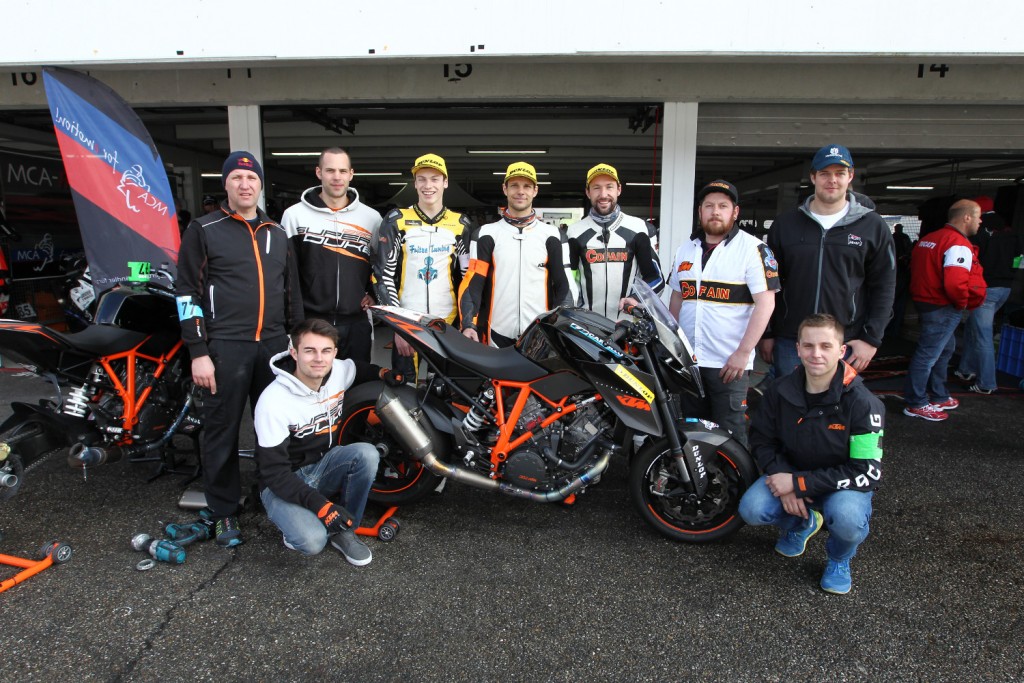 KTM trio at the 1000 km Hockenheim

Norbert Thaler, Hannes Maier and Thomas Gradinger didn’t have much time for egg hunting this Easter. The three KTM test riders were too busy tearing around the track at the 1000 km Hockenheim on a KTM 1290 SUPER DUKE R. 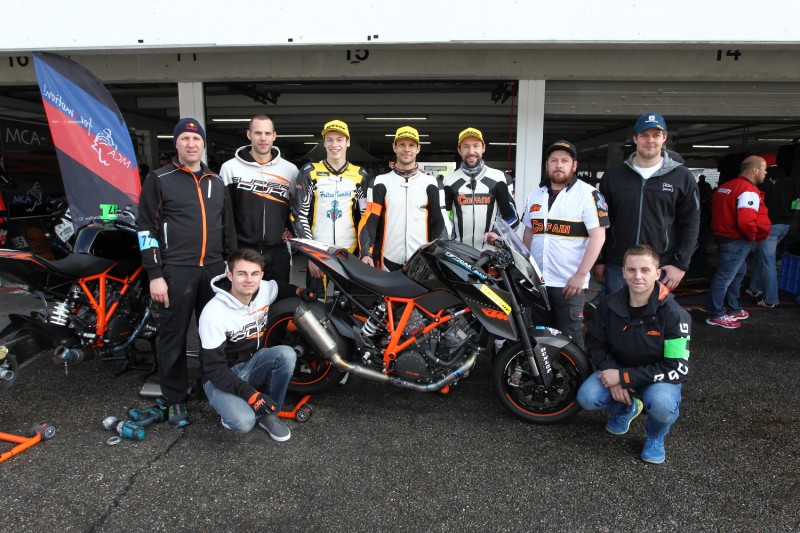 Technically, every KTM bike is a factory bike – after all, it was built at the factory. But referring to this trio from Mattighofen as a “factory team” doesn’t quite capture what happens when they hit the track at the 1000 km Hockenheim. Here’s how it went down: On the one hand, a traditional production racing event at the start of the season; on the other, three KTM test riders with a need for speed and an urge to really put the KTM 1290 SUPER DUKE R through its paces. Their dev department lead gave them the orange light (should that be “green light”?) for their weekend race outing, a handful of mechanics enthusiastically volunteered, and a third department (with a distant connection to this BLOG) provided a transporter. “Underground Marketing” was the cheerful explanation provided on the requisition form.

The trio entered under the name “TM Racing Team Licht & Planung Forever Forward with Dunlop”. The SUPER DUKE R got a higher windshield, and the team tried something new with the innards of the WP upside-down fork. The rest was all standard equipment, unless you count the racing slicks, Akrapovič exhaust, foot pegs and a few carbon fiber parts from the KTM PowerParts program. The team ran the race in the Endurance class. In other words: one bike, three riders, and the tank had to be filled up at pit stops. The other classes also have teams of three riders, but each rides his own bike; only the timing transponder has to be moved to the new bike when changing. 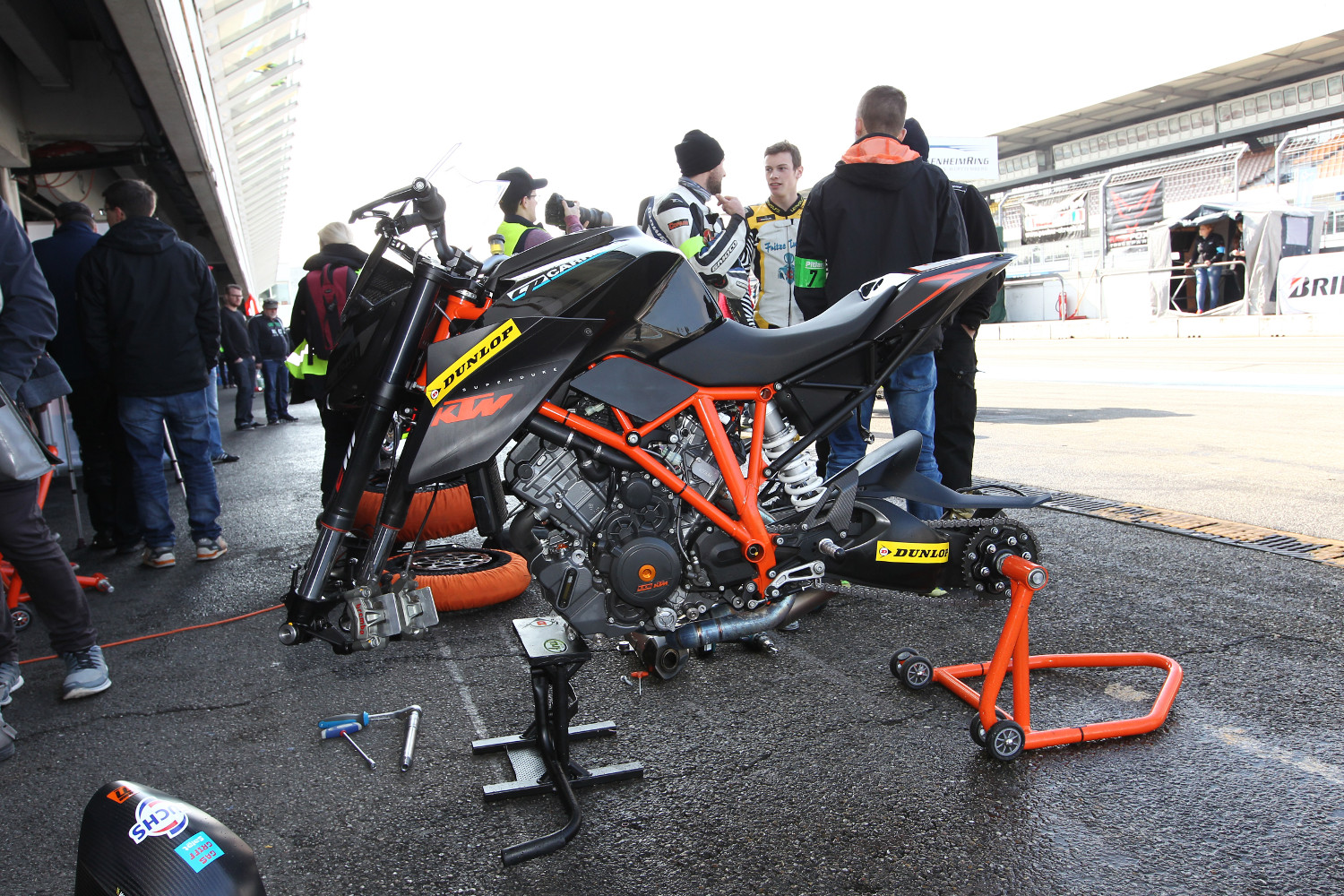 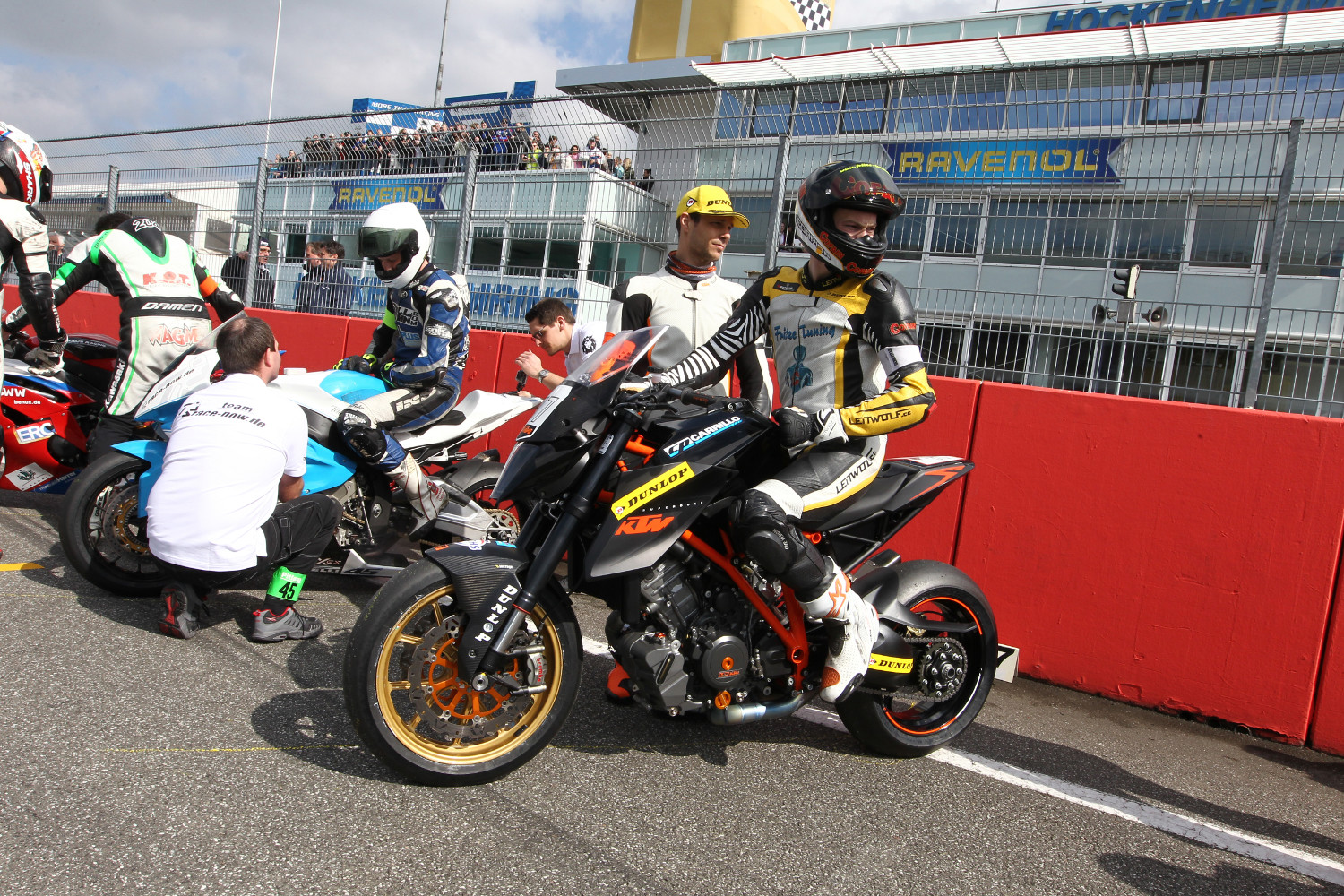 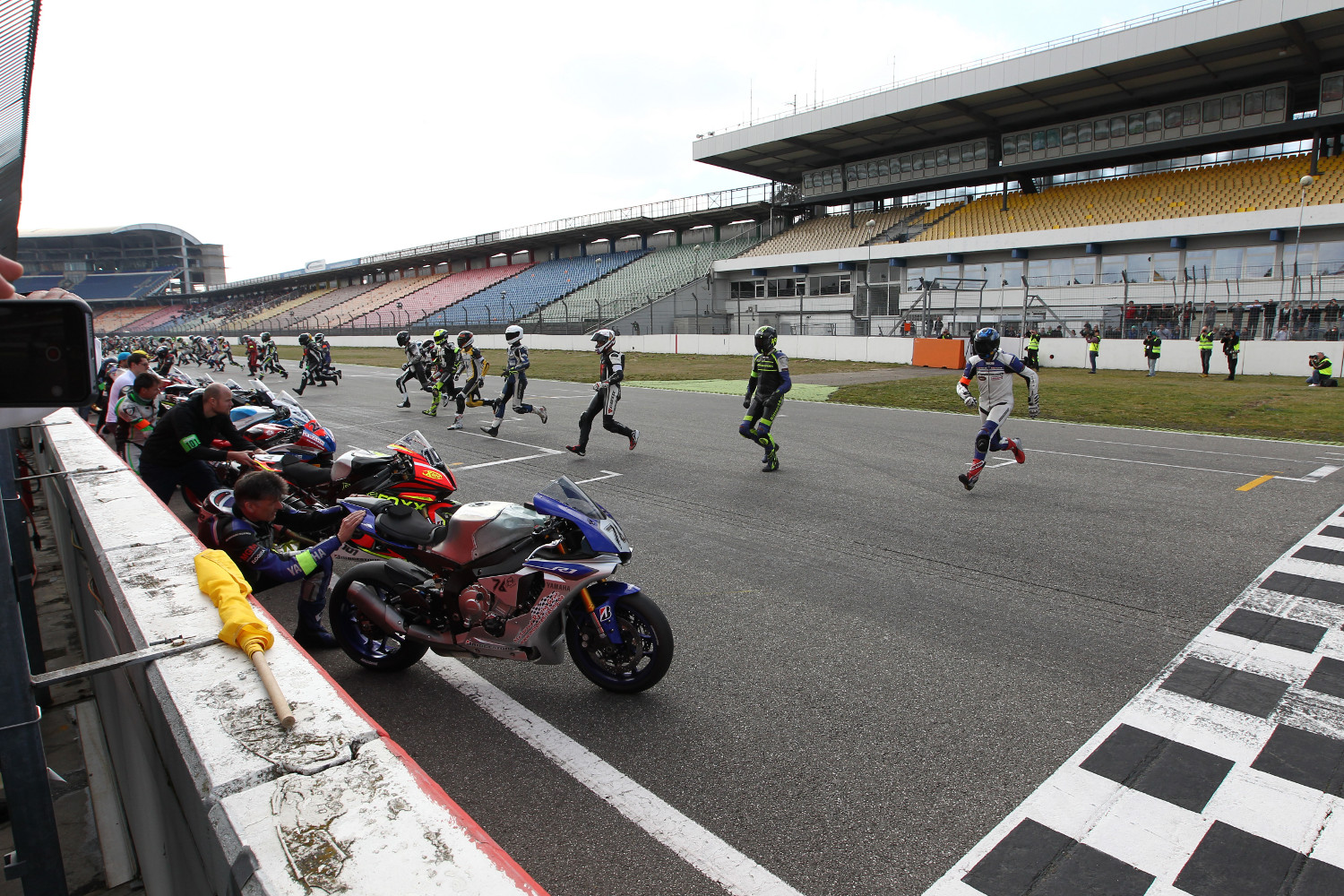 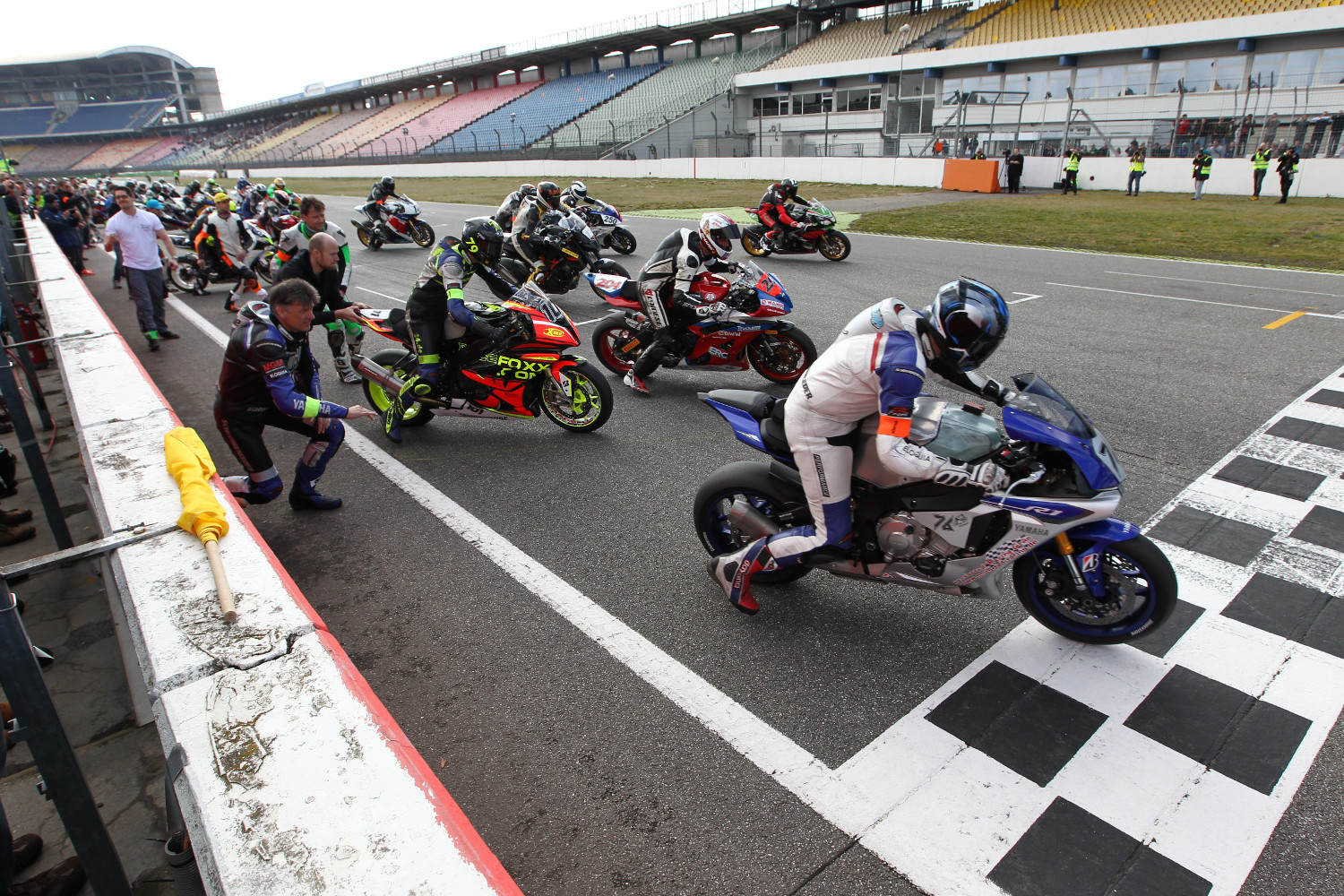 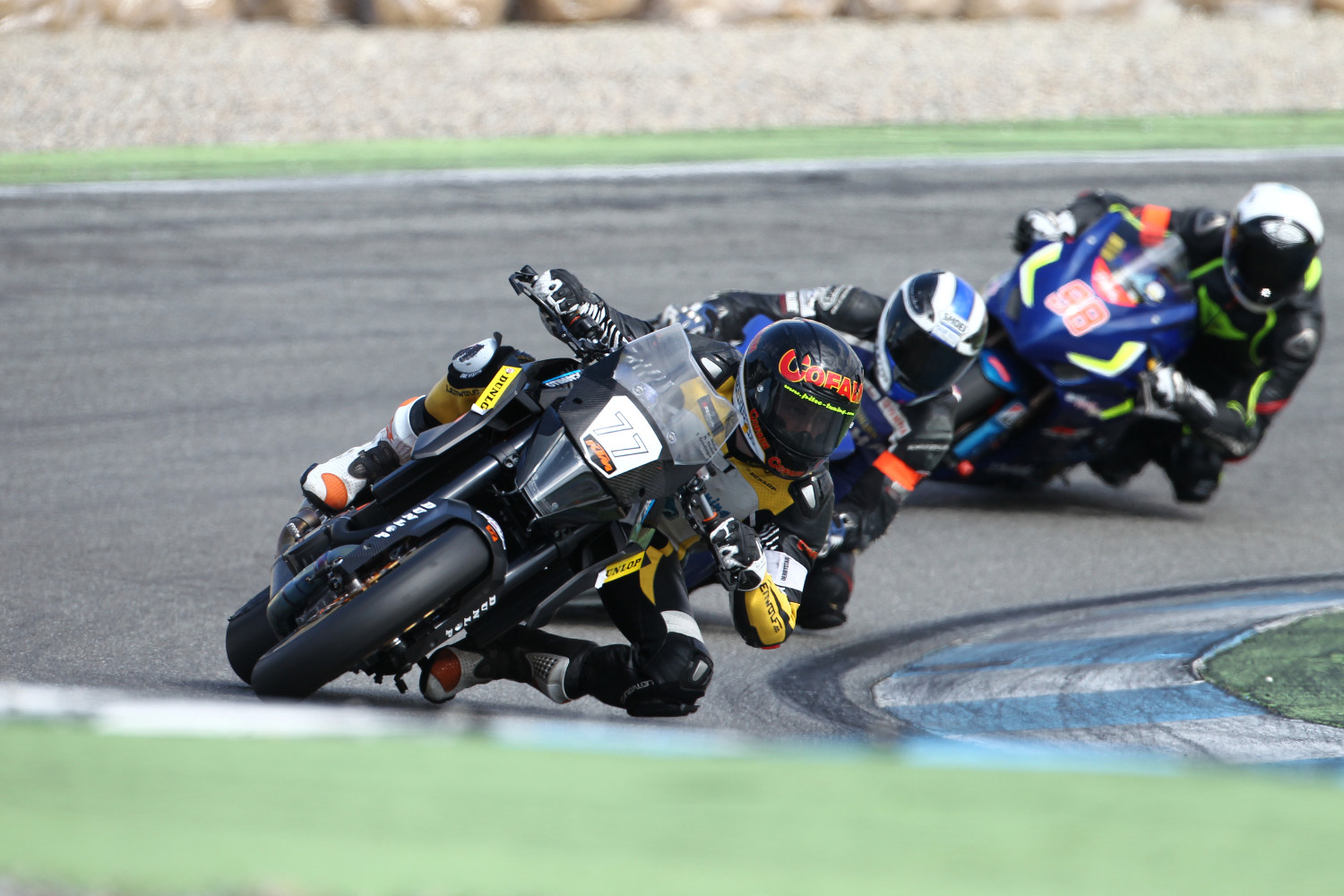 After just a short bit of practice in Hockenheim on the day before Easter, the field of 55 participants began the 1000-km trip with a Le Mans start. The KTM tester trio of Thaler, Maier and Gradinger roared out of position 5. At first they did a solid job maintaining a black and orange presence near the front of the pack, but in the end they finished 4th in the Endurance class, narrowly missing a spot on the podium. 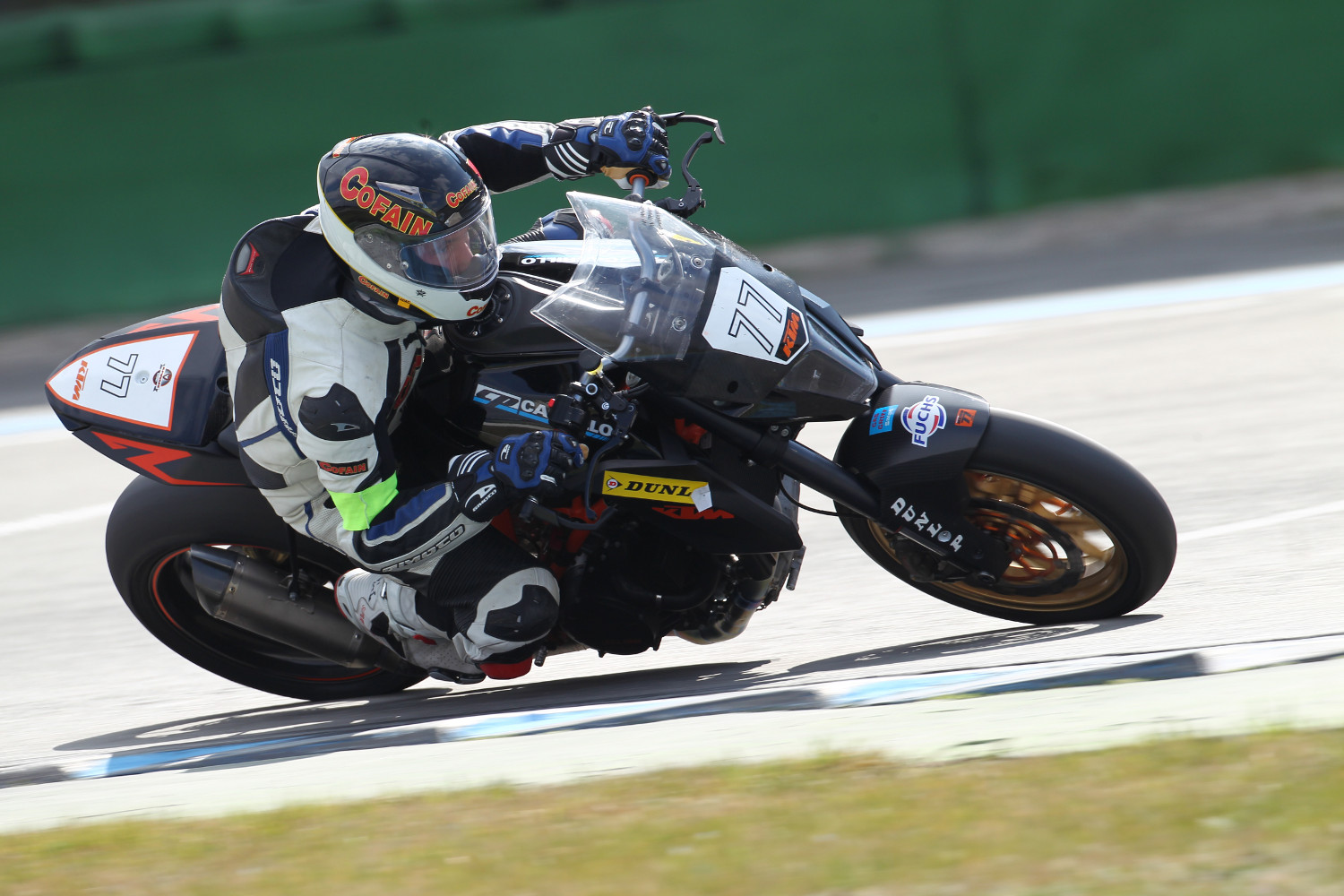 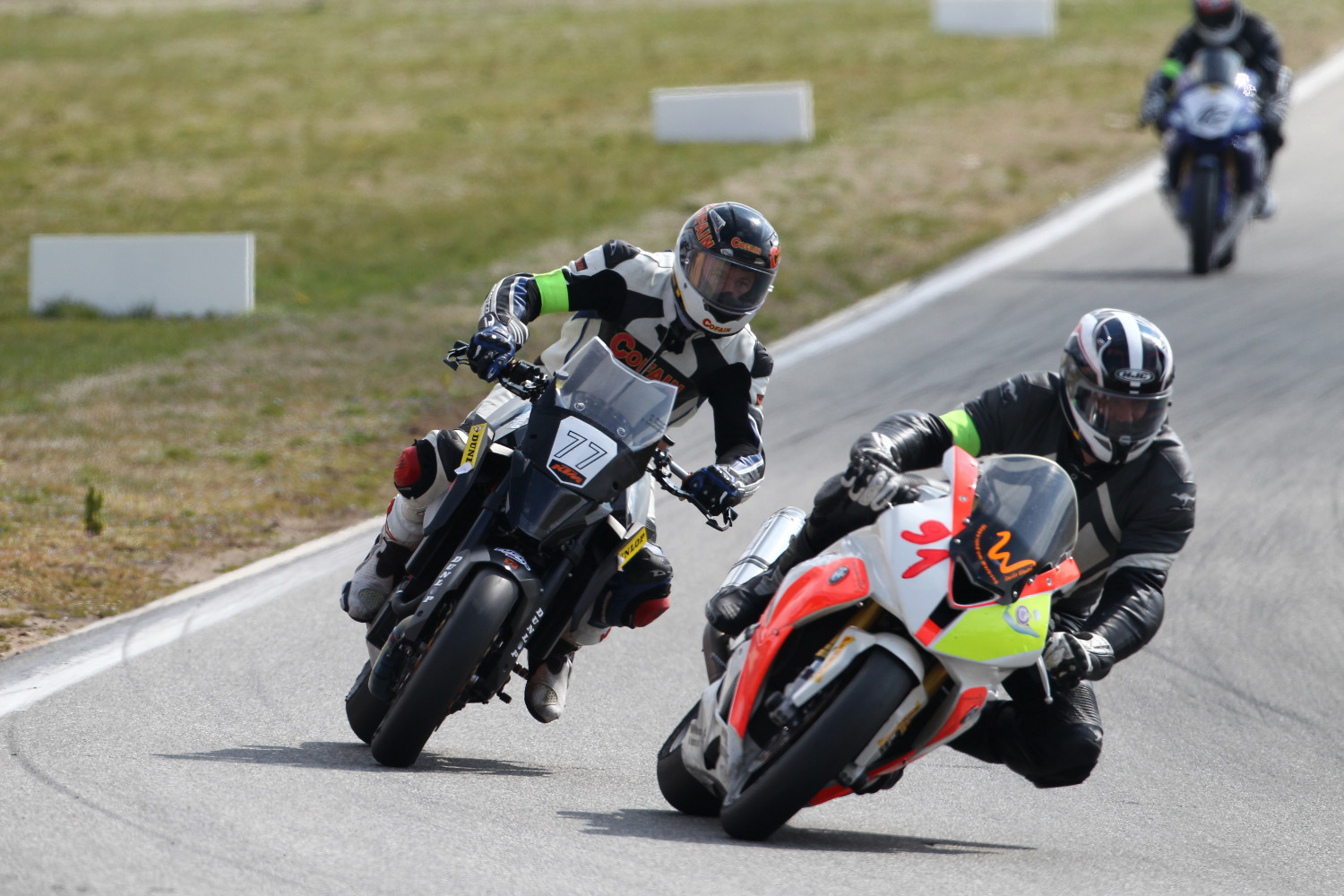 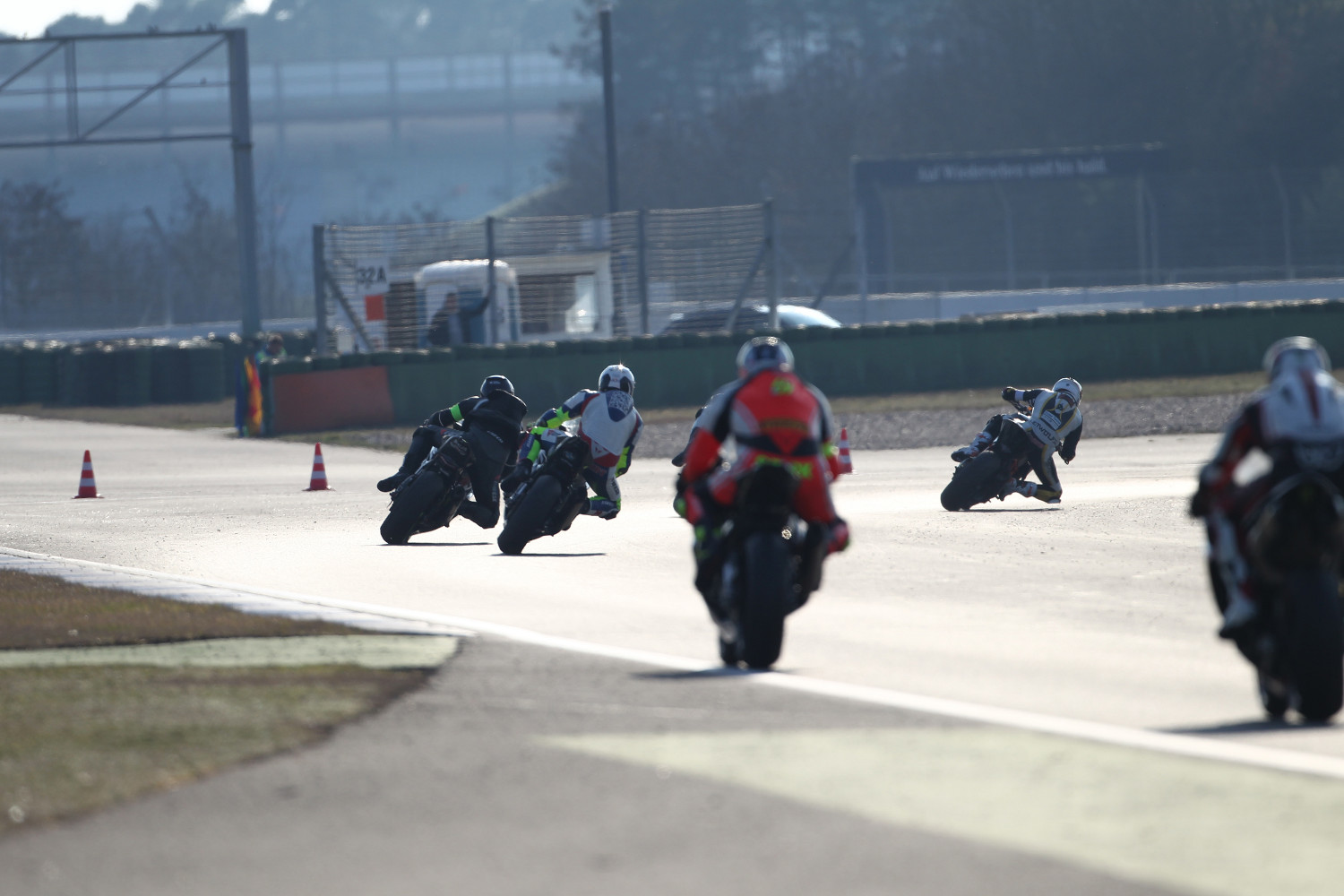 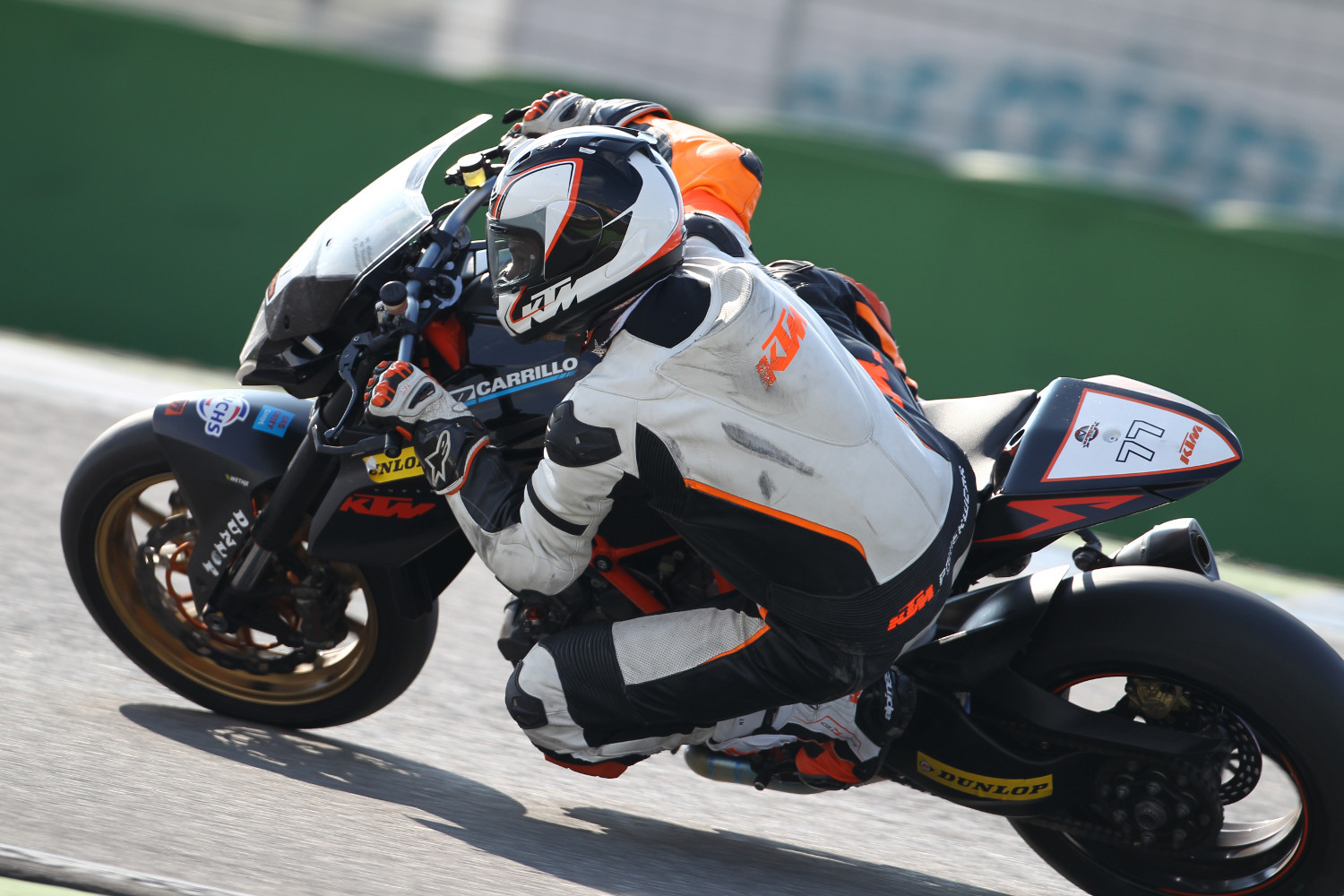 The reason was an unscheduled brake pad change that became necessary when the pads wore down to the metal about two-thirds of the way through the race. As an unusual side effect, the boiling-hot brake fluid pushed the brake pistons right out of the caliper during the change. By the time the pistons were back in, new brake fluid was added, and the system had been bled again, the team had simply lost too much time. 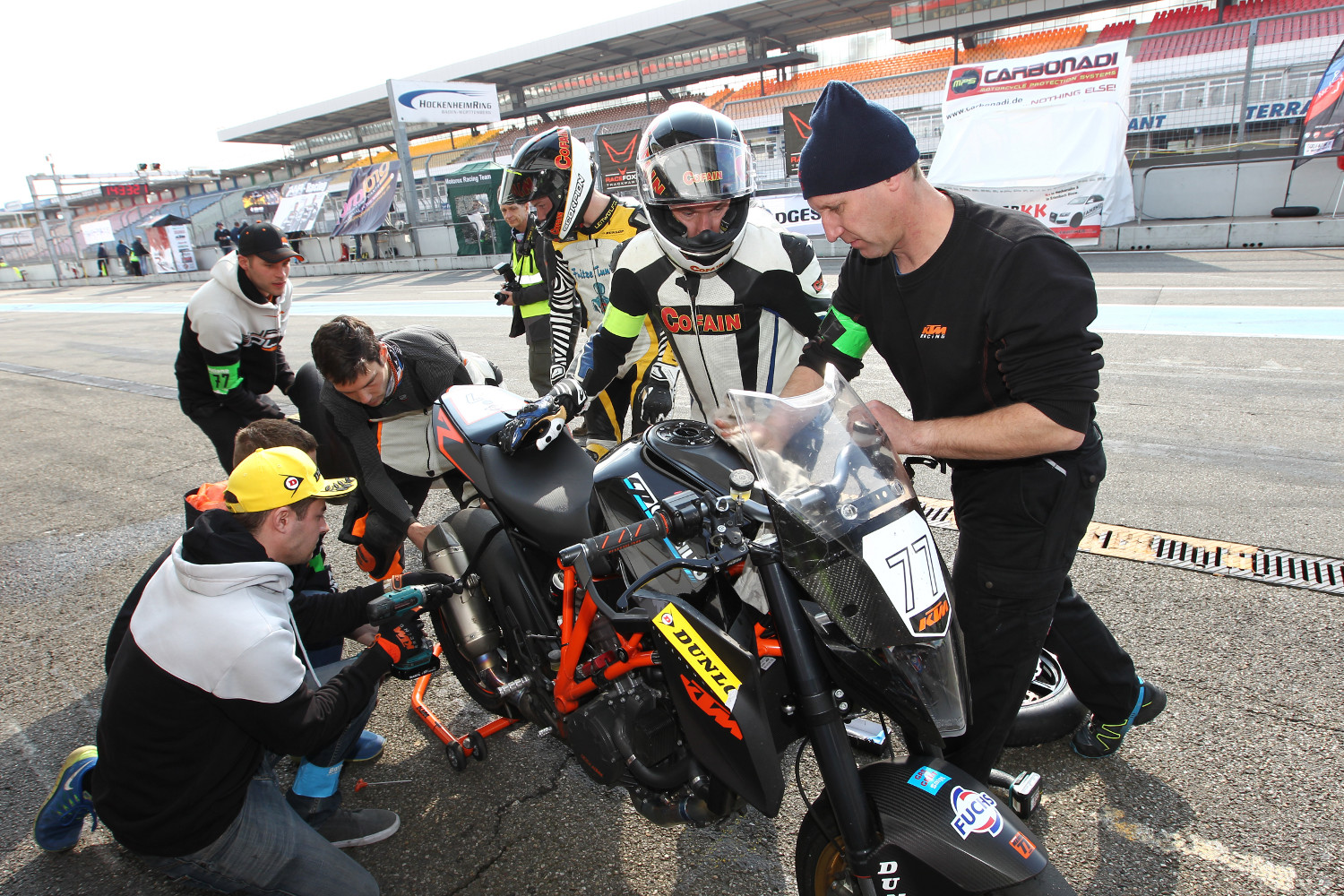 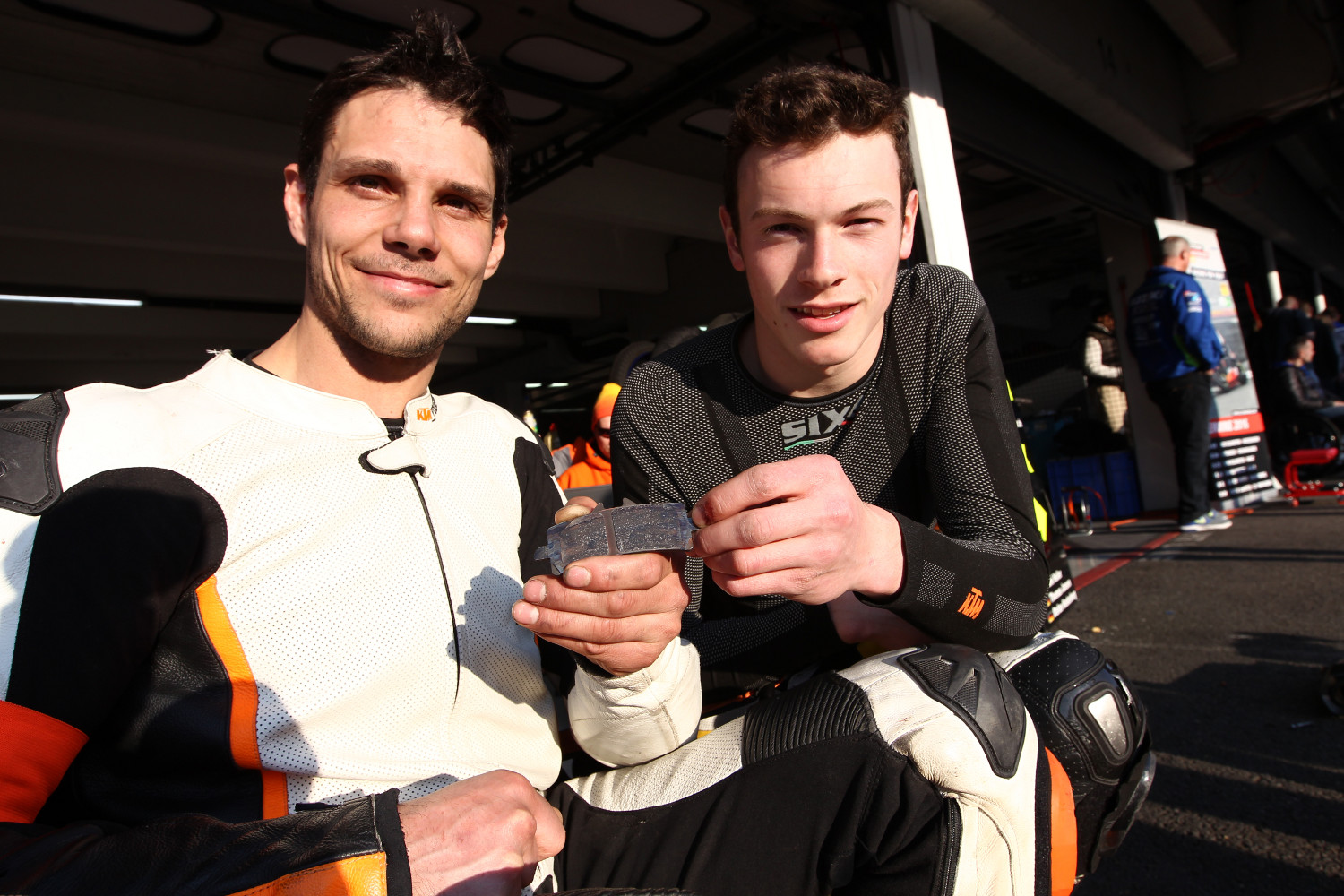 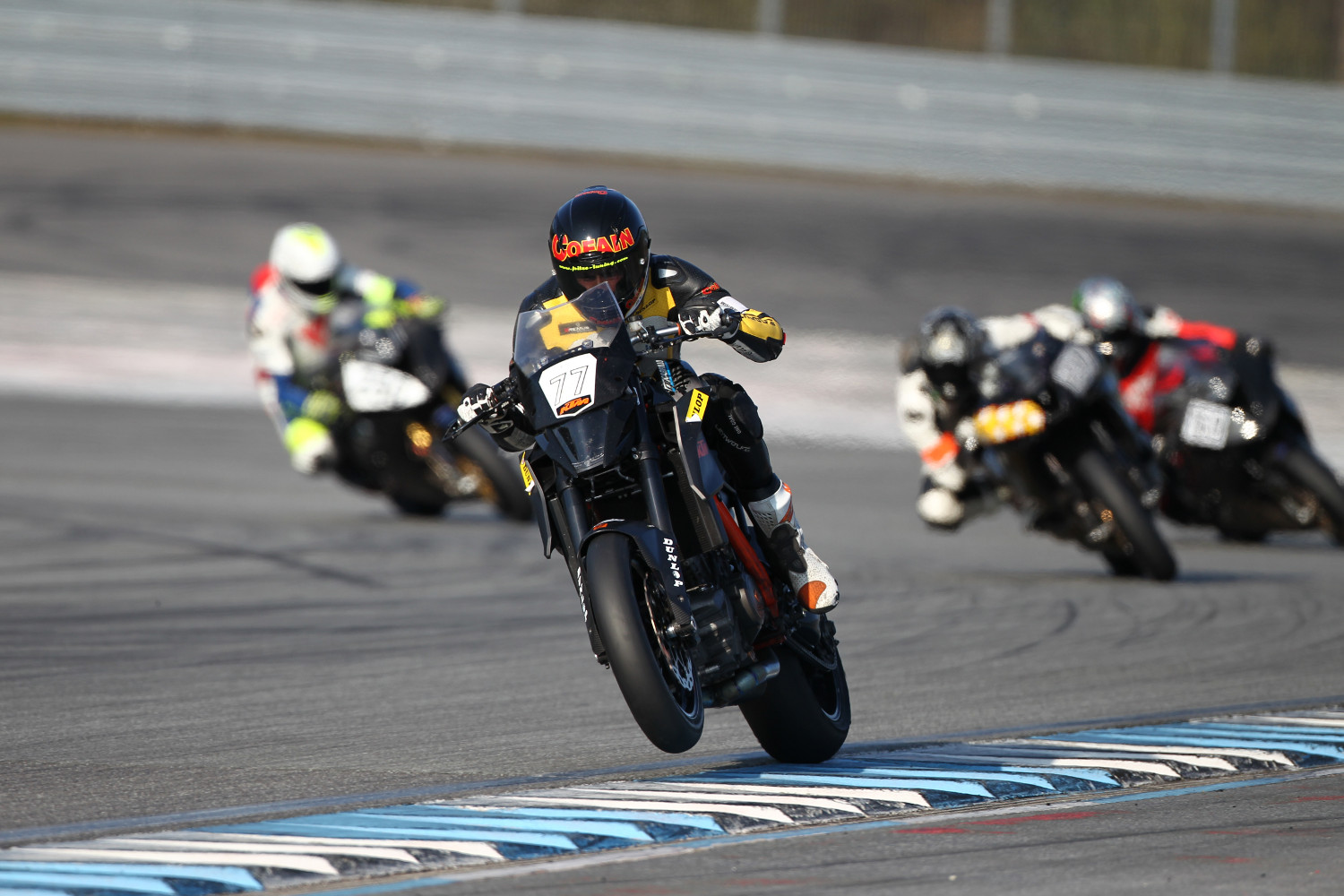 Despite all that, the KTM trio’s performance on this unusually mild day was well worth seeing, as they powered ahead with determination and a heavy hand on the gas, thrilling the 5000 spectators with stunning drifts and respectable lap times. Watching this high-performance Naked Bike squeeze Superbike racing dynamics out of its two cylinders without breaking a sweat is nothing new. But seeing it (almost) live, and watching people’s eyes getting bigger and bigger as the show goes on, is a whole other story. 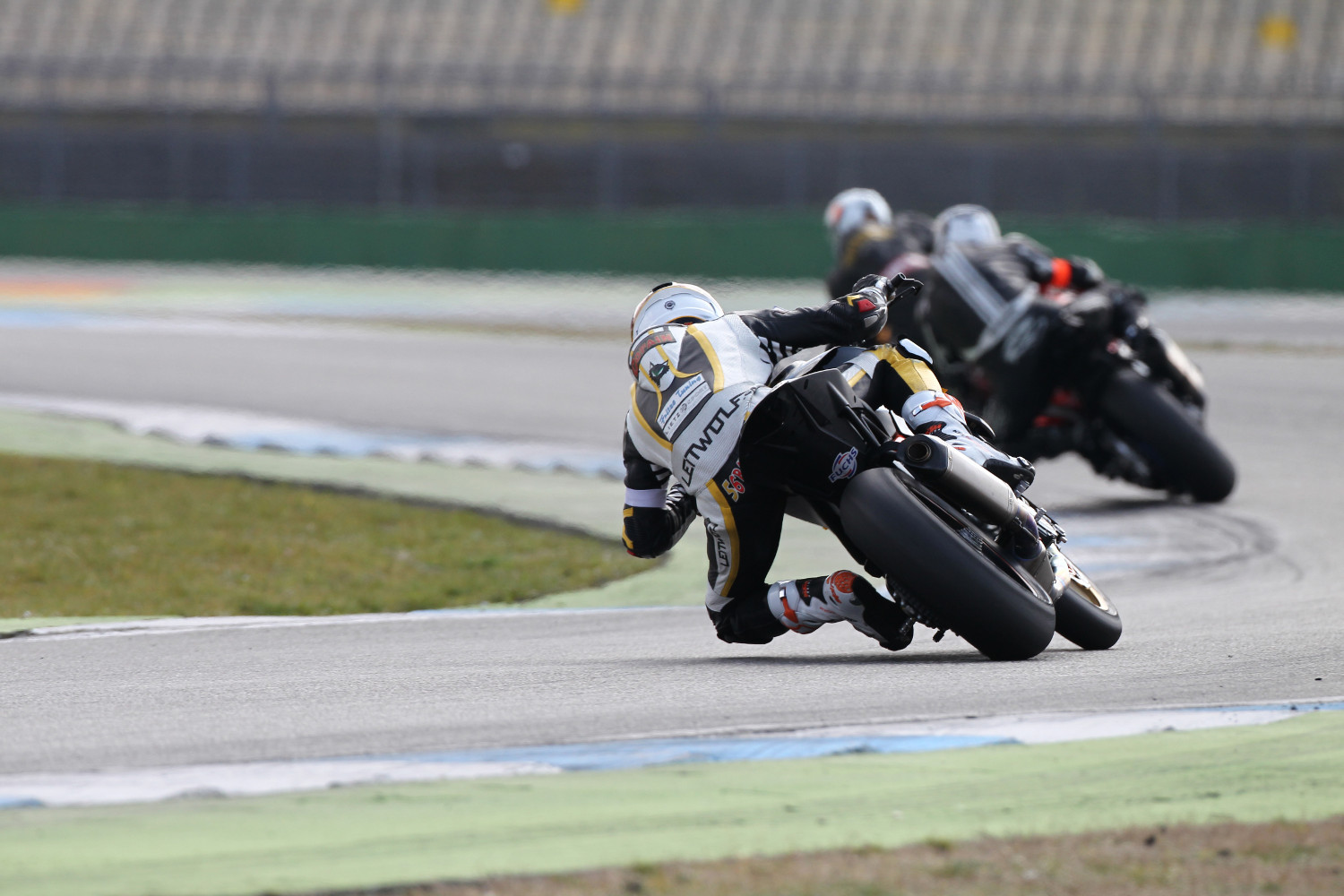 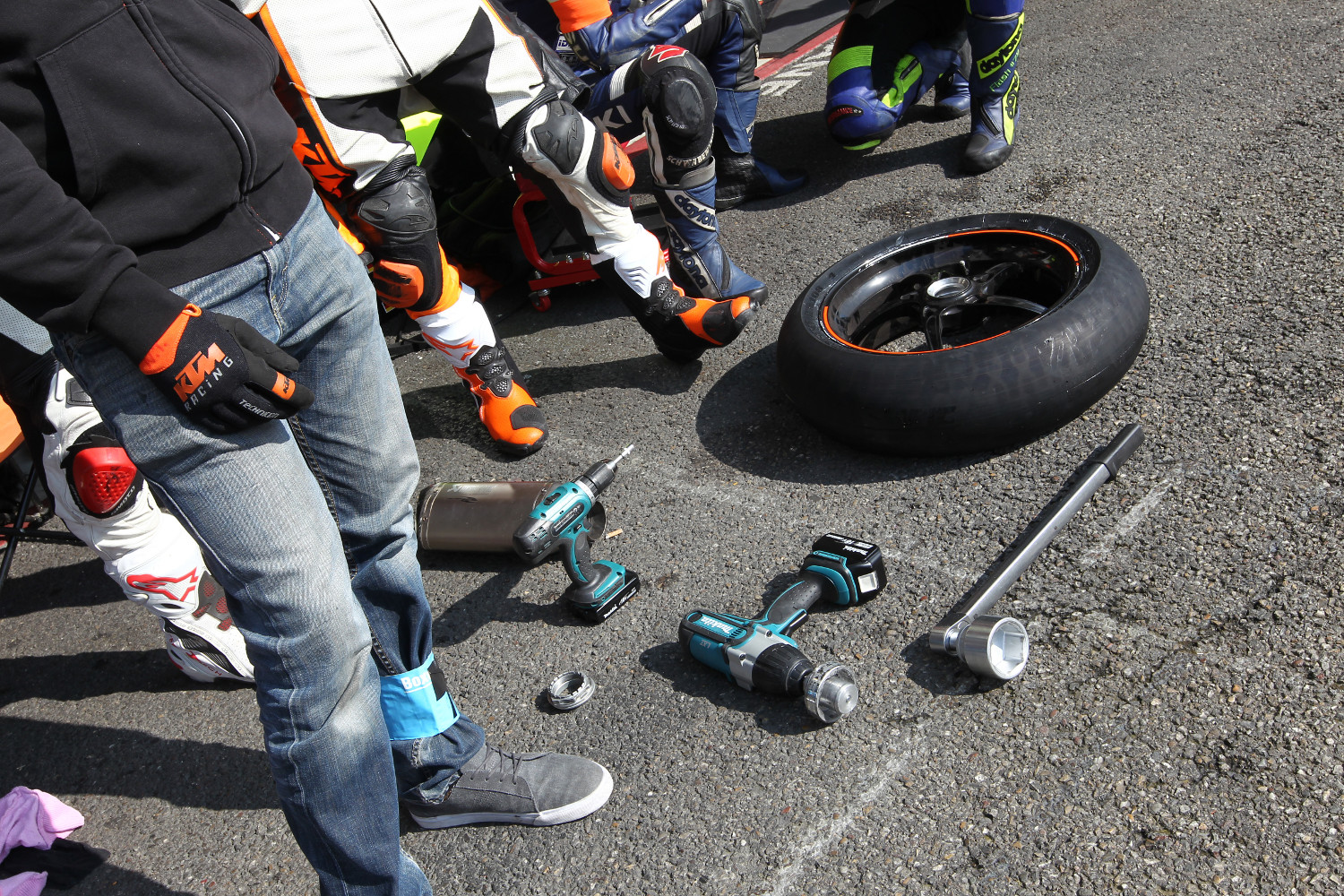 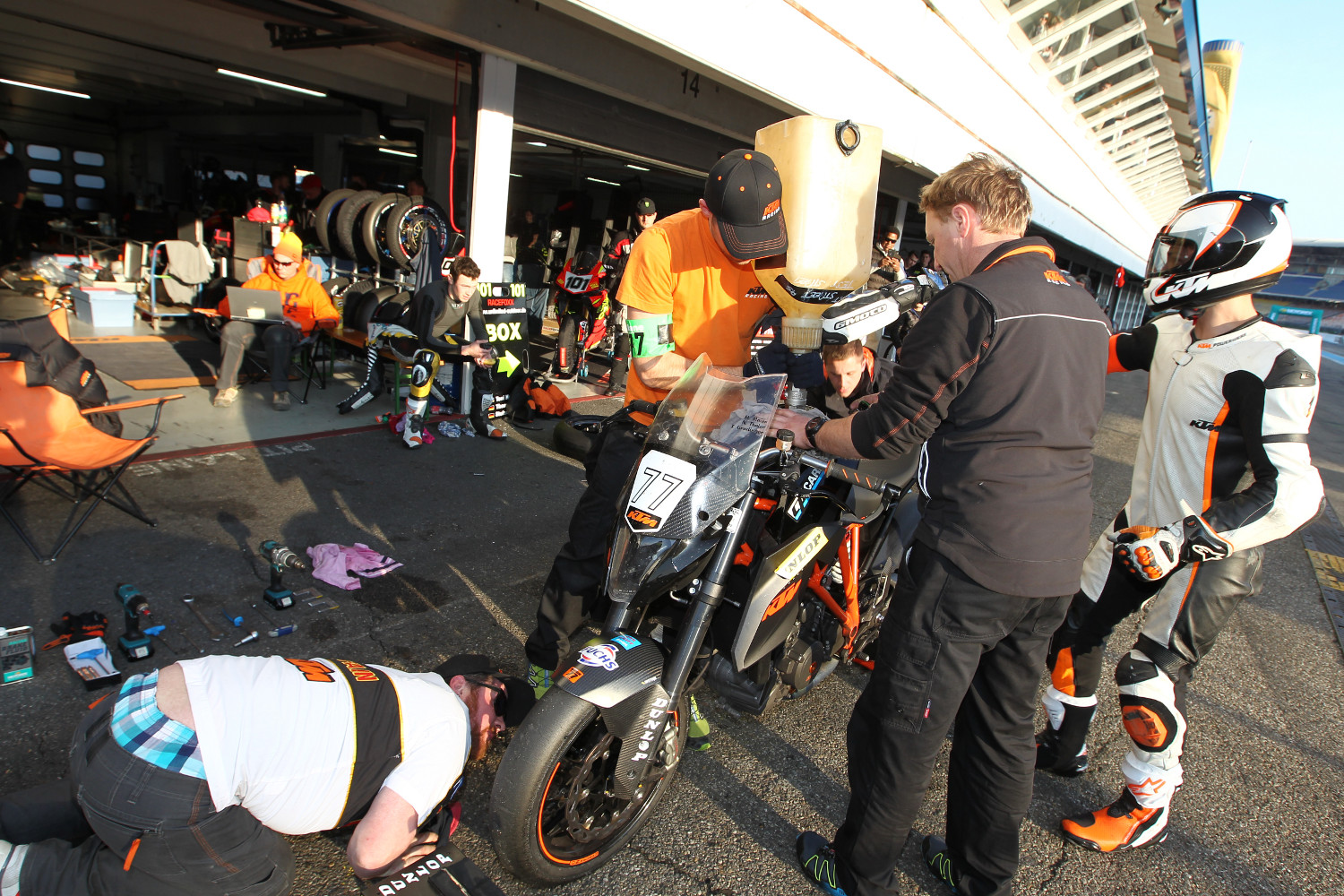 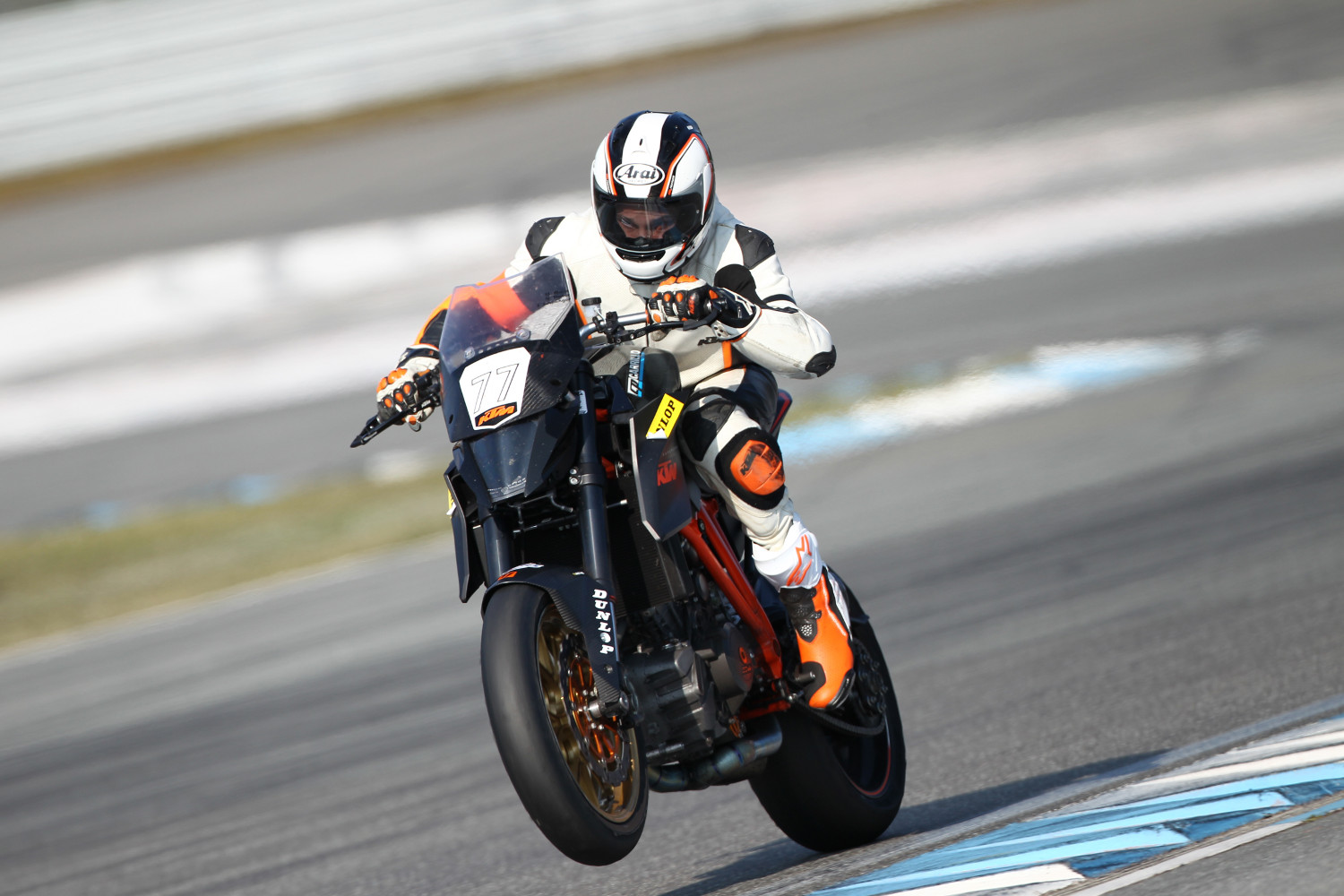 So let’s say a heartfelt “Good job, well done” to the Austrian trio, and hope that all three will be back together in Hockenheim next year for another thrilling 1000-km ride on the SUPER DUKE.

2 Responses to KTM trio at the 1000 km Hockenheim