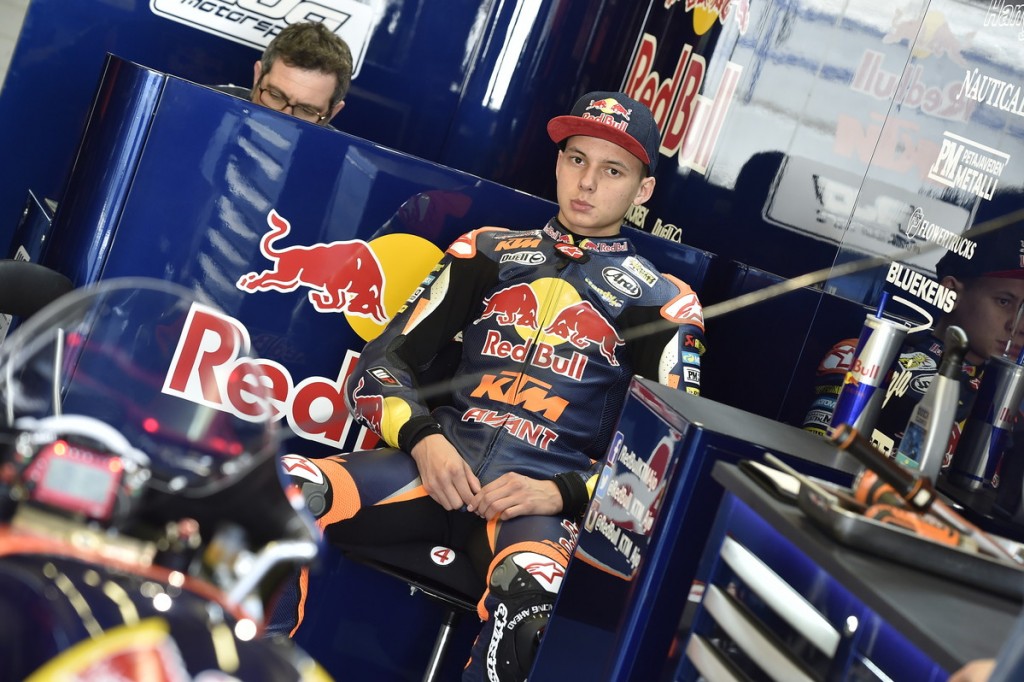 Interview of the Month: When I’m 64 – Five minutes with Bo Bendsneyder

In Catalan the word ‘bo’ also means ‘good’ or ‘of quality’. The Red Bull KTM Ajo Moto3 Team is based a short distance outside the heart of Catalunya – the enrapturing metropolis of Barcelona – with technical staff comprising of some locals. Ajo’s set-up might be within earshot of the Circuit de Catalunya (the MotoGP and F1 venue) but when it comes to the crew’s riding talent then the operation becomes distinctly more cosmopolitan.

South African Brad Binder shocked and amazed at Jerez last weekend with his last-to-first victory but his young, rookie teammate Dutchman Bo Bendsneyder has also been catching attention just four Grands Prix into his greenshoots career. As his name would indicate to some of his team and those in the Granollers town there is something special about the ‘64’. 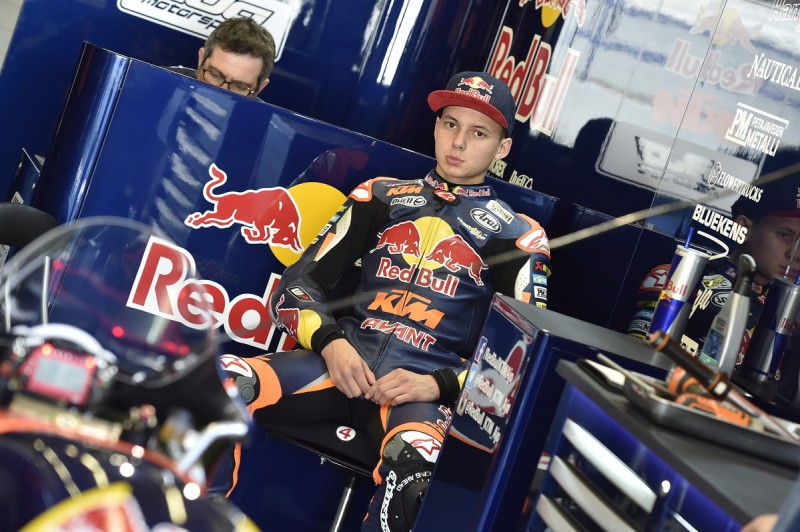 There is a heavy Dutch air about Red Bull KTM these days. In MXGP names like Herlings, Coldenhoff and Pootjes ensure that the orange camp is heavily represented in orange. On the road racing side the Netherlands needs to catch up with the potential of the offroaders and it is here where 2015 Red Bull MotoGP Rookies Cup Champ Bendsneyder comes in.

First impressions? The seventeen year old is big. He must be on the way to 6ft, assuming there is a little bit of growth still to come. Once he has made his mark in Moto3 then it is realistic to assume that this talent will be bound for bigger and roomier motorcycles. Bo is quietly spoken but confident with his bilingualism and we catch up with him at Jerez to find out what it is like for a total rookie in Grand Prix …

Can you sum up the first Grands Prix and your entry to this world? It must have been a crazy time …
“It has been amazing. Just to get into this team is special to me. The first three Grands Prix involved whole new experiences for me and I was happy with the results. The team have told me ‘no pressure’ so I just work hard for every weekend that comes.”

Coming from the Rookies to Moto3 you must have had a nervous winter and was eager to get started …
“I worked a bit harder in the winter and trained more, riding more Supermoto as well. I did more preparation, and had to do that really coming into Moto3. Of course it is a big step coming from the Rookies … but I also had some hard battles there and in the Spanish Championship as well. My first Grand Prix in Qatar was a bit difficult to understand; I had to take it all in but I now feel that I know what the guys are doing and I can do the same.”

Was there a big speed difference?
“Not really … in the beginning I had to deal with the fact that it was a new bike, new team and everything but I did not feel the speed to be too far away.” 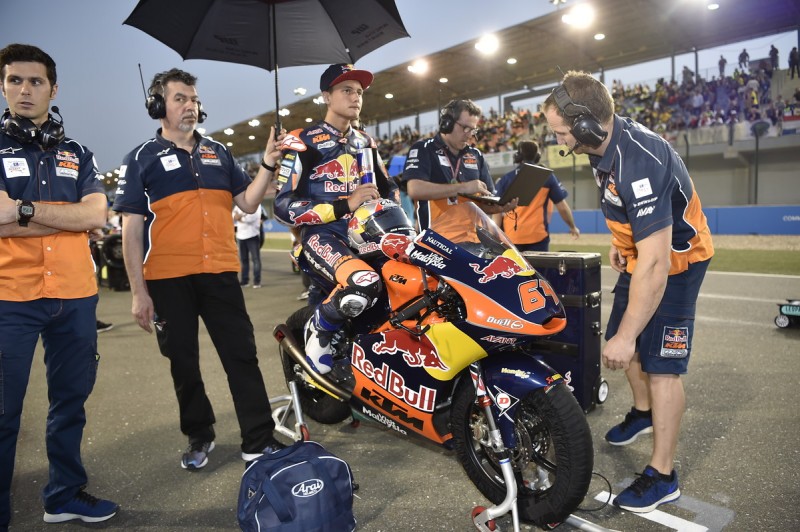 What about the actual bike?
“Totally different; I think only the name of the KTM is the same! It is much quicker and you can brake much later. The whole package is much better. It was really nice to have the freedom to change the bike like I wanted and KTM helped me a lot because I am a tall guy and we had to adjust the position of the seat and other parts of the bike. I don’t think being tall should be a problem in Moto3; maybe I have to work a bit harder than the other guys on the straights but it won’t be a big thing.”

Can you talk a little bit about where you are from?
“I’m from Rotterdam and was born there. My parents are there and my Mum works while my father supports me at the races. I have a girlfriend and we all live close together. I’m an only child.”

The Netherlands is strong for Motocross riders so was there ever a time when you had to choose between offroad or street?
“I was never really on a Motocross bike … just the road and when I was twelve we decided together that we would try for the top. My father still works but a little bit less so that he can still come with me … so I would say that age of twelve-thirteen was important for choosing a direction.” 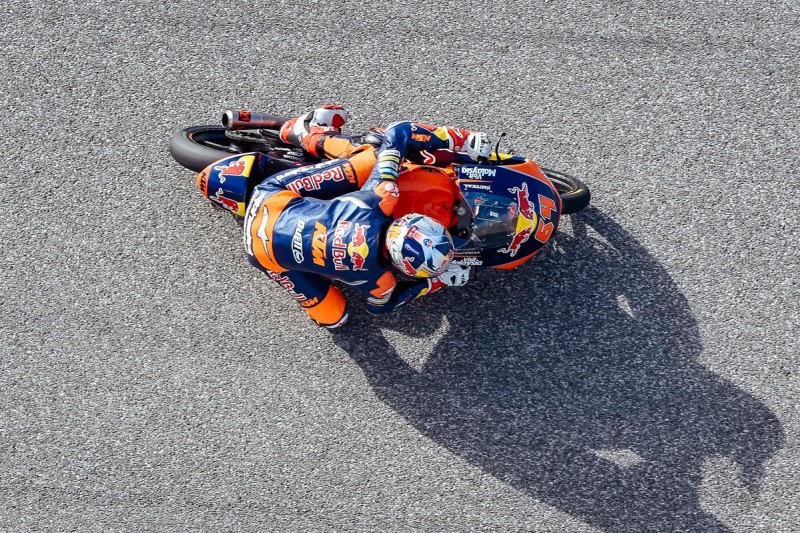 Where were you riding?
“In the German Championship and in the Netherlands there are a few ‘Cup’ series and I was doing the Honda NSF100 and the Moriwaki. I then went into Moto3 in Germany and then stepped into Red Bull Rookies and the Spanish Championship.”

Was the Rookies the ideal platform for being able to reach Grand Prix and then run immediately at this level?
“I think it definitely helped for learning about racing and also how to run in Moto3 … but I also picked up a lot from the Spanish Championship. The biggest difference was that in Spain I had a team around me but in the Rookies you had one person around four riders! In the Rookies you have the same bike so you learn a lot about how to use it and what you doing on it. It was perfect to get those two different ‘educations’. The Rookies was intense; some of the guys there are so young and it can get a bit crazy sometimes! It was nice to have good battles and last year I won most of them.”

If you were Spanish or Italian here then it might be harder to make more of an impact. Being Dutch however does that mean you are already coping with the spotlight a bit more?
“Yeah, I have more attention … but in Superbike you also have Michael Van Der Mark and he is the big guy at the moment in Holland. I’m a little bit lucky! I feel some pressure but it helps me to push a bit more so it is not a big problem. You can see a rider like Jeffrey [Herlings] has become a bit famous in the Netherlands and he has won a lot but he is still not super-well known. We will have to see how it works for me but I need to focus totally on the riding.” 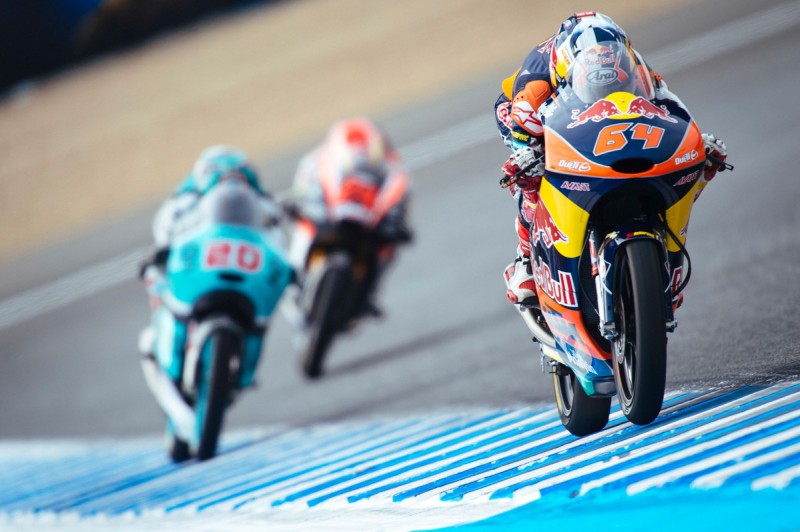 Do you have a career plan? Do you think ‘OK, in 2017 I want to be here, 2018 there …’ and so on?
“At the moment I just have to learn everything and then think about improving next year. Honestly my focus is totally on this season at the moment.”

You’re working a bit with Johann Zarco [Moto2 World Champion]; what’s that like?
“Yeah, he is helping me and during the low moments he will come over and offer some advice. He has a lot of experience and I can tell him where I am having problems in some corners and he will go over and have a look. It is great to have a World Champion as a coach!”

What is Assen going to be like?
“I think it will be very busy but I’m looking forward to it because I know all my family, friends and fans will be there.” 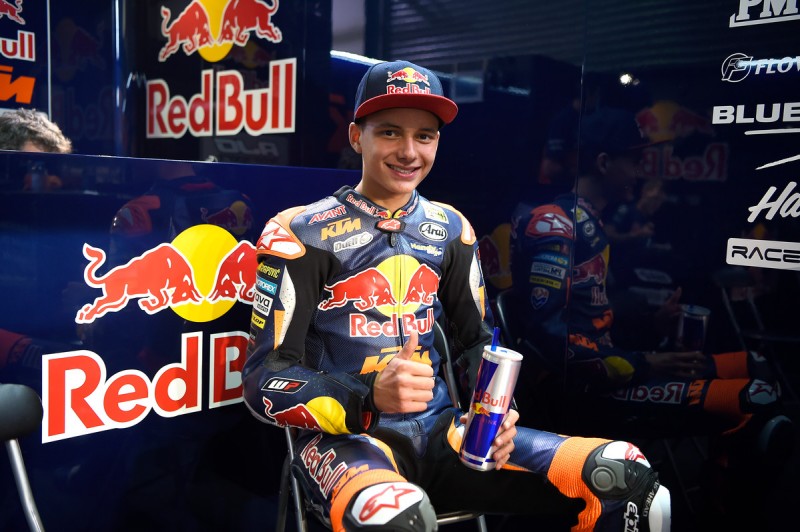 3 Responses to Interview of the Month: When I’m 64 – Five minutes with Bo Bendsneyder