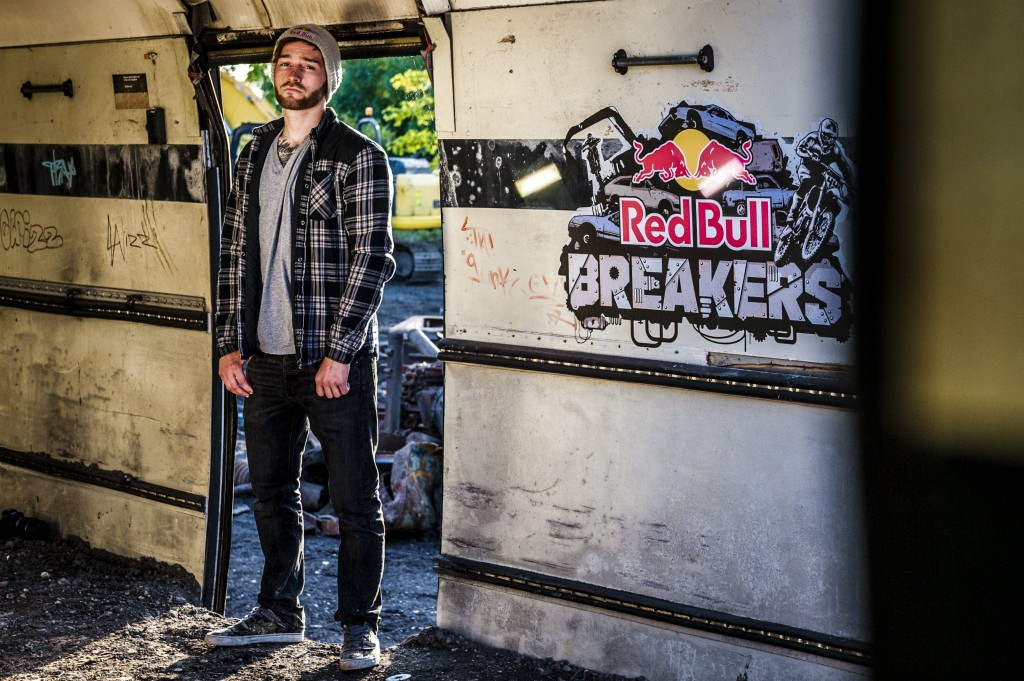 MX in a scrapyard: Can Red Bull Breakers re-raise the eyebrow?

Last autumn an unusual motorsports event in the UK – one that glided under the radar – was ‘scrapped’. Literally. The first Red Bull Breakers took prominent British Motocross talents and threw them around the strangest racetrack seen for some time … in the depths of an English scrapyard, or ‘breaker´s yard’. The exhibition ‘invitational’ was so weird and something so far out of the leftfield that it seems hard to believe it actually happened. 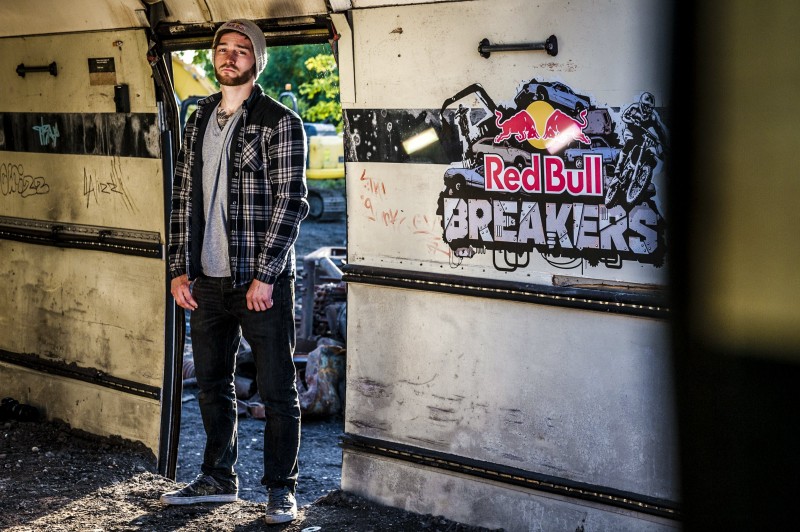 Showing that some of the most interesting (and wacky) schemes can come from people who utterly live-and-breathe motorcycle competition, ‘Breakers’ was the original brainchild of former double MX2 British Champion and current MXGP racer Elliott Banks-Browne. “It came around from a photoshoot idea,” the 25 year old explains. “At Red Bull we are asked to try and come up with ideas that we want to bring to life, ideas that are impossible to make happen on your own. I took the theme of a photoshoot at night in a scrapyard and they liked it. It became a video and then into ‘Breakers’.”

“Elliott came up with this idea that was a twist on racing Motocross,” says new MX2 Husqvarna Grand Prix star and former KTM rider, eighteen year old Ben Watson who was one of the runners at the site in Rotherham. “It was like a trial to see if it could work and was run in front of media and invited guests. It was a really small track but we had jumps made up from cars and sections were we had to go through train carriages. It was really good actually! Something totally different. It was at the end of the season so it was a laugh and some good head-to-head racing.” 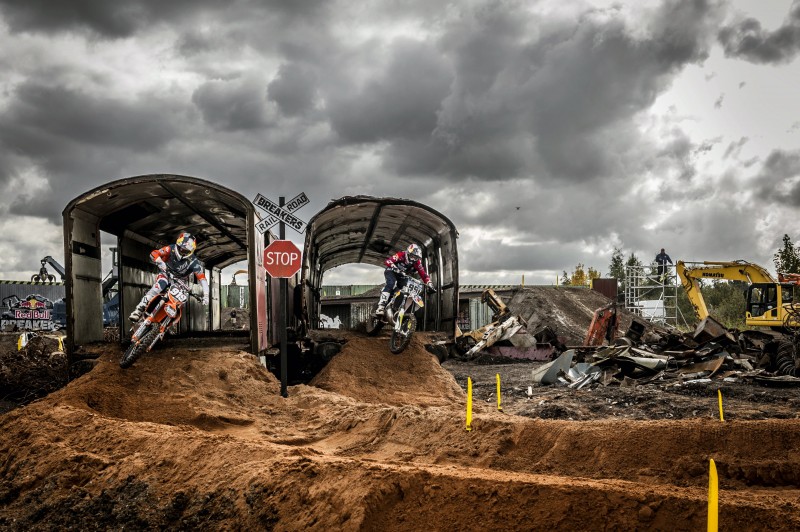 “It was a lot of work and a lot of organization,” says Banks-Browne. “Red Bull have an amazing team of people to make events like that happen. I was really just in charge of the track layout and then I was there all week to make it all work in terms of how the track ran. I was there for every section that got put in, the trains, the cars, the lot.”

“It was like a bit of Enduro mixed with Motocross,” evaluates Watson. “It was really tight and technical but also with obstacles to go over. It was good for bike skill and fun.” 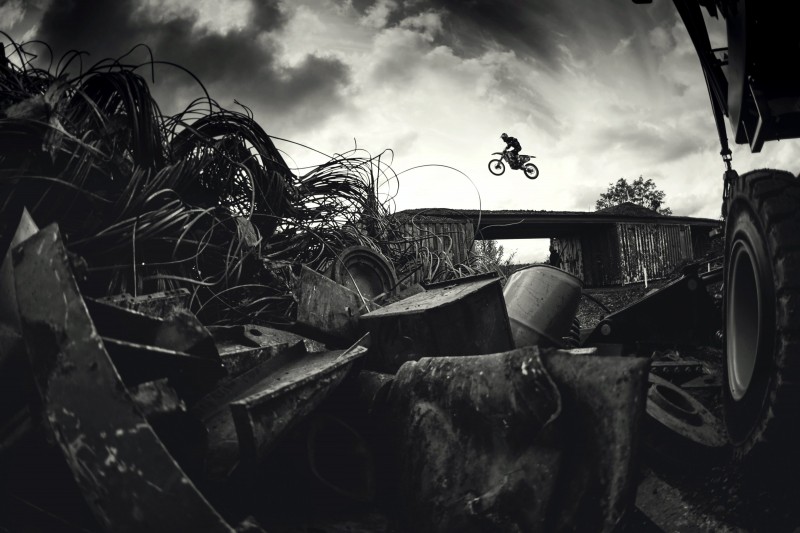 ‘Breakers’ amused and challenged the athletes involved and slipped nicely into the vast Red Bull catalog of events that specialize in showcasing the ‘unexpected’. The big question is whether it can reappear and exist again. “We are still in talks,” reveals ‘EBB’. “I think it went down really well and everyone who took part said they would be back. I really hope it happens again and if it does then spectators will definitely be a part of it.”

“I think the plan is to get some spectators in and make like a little arena and get a bit bigger and better every year,” says Watson; proving that riders can often be the juiciest source of hearsay! “It was a good little tester in 2015 to see what needs changing and what doesn’t. There was a big bridge near the location in Rotherham and you could stand there and see us riding and racing, and all day there were people stood watching!” 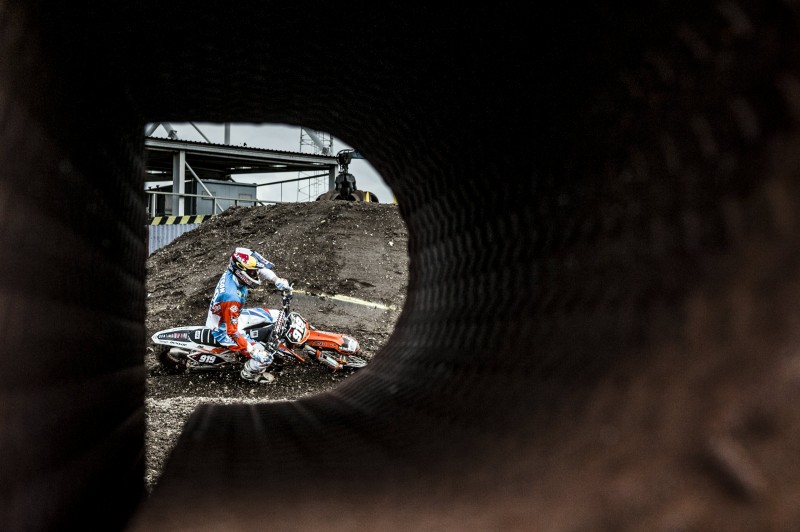 ‘Breakers’ could grow and could prosper but Banks-Browne insists there is an ethos behind the project and the concept that would be lost if broken-down, submerged cars suddenly became the source of performance and technical analysis for the sake of victory.

“I’m not sure about a series or anything like that,” he opines. “We want an event where riders can come and have fun without any pressure. As soon as you put big money on it or turn it into a series then the fun factor will be lost. It won’t be what we set out to achieve with the event; we want it to stay as it is.”

Motorbikes, jumps, rusted vehicles, metal and a dramatic backdrop; long live the ‘obscure’ and the minds that create it!

117 Responses to MX in a scrapyard: Can Red Bull Breakers re-raise the eyebrow?