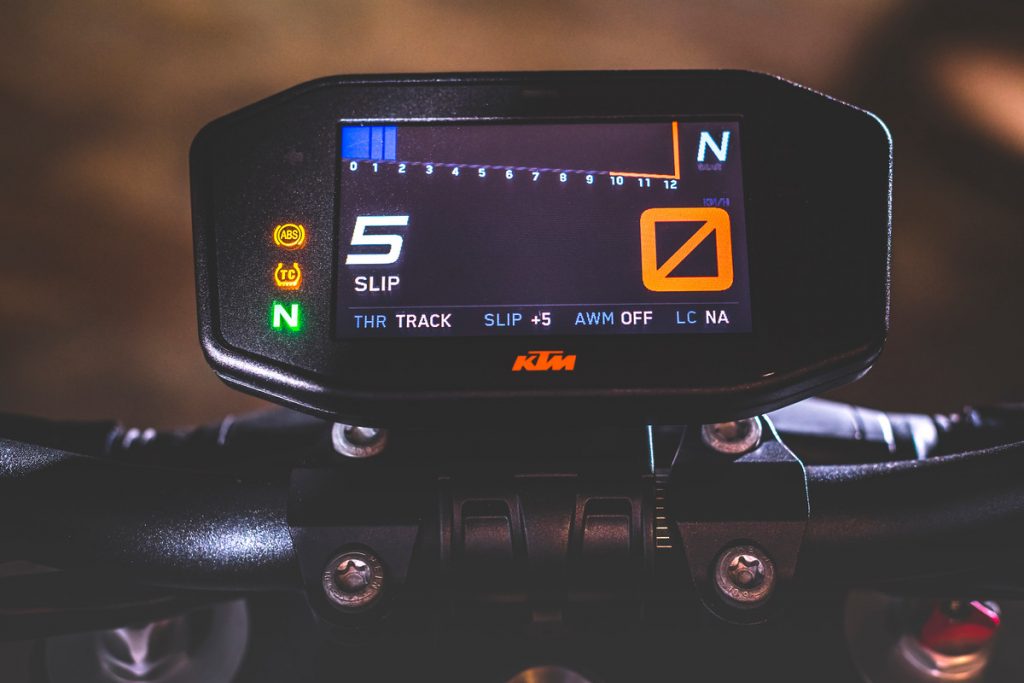 1) Instruments and controls
One of the first things the rider will notice is the new, larger and full-color TFT display; the information changes to suit which ever of the three riding modes is selected. A tire pressure monitoring system comes as standard fitment, as do KTM RACE ON and cruise control. 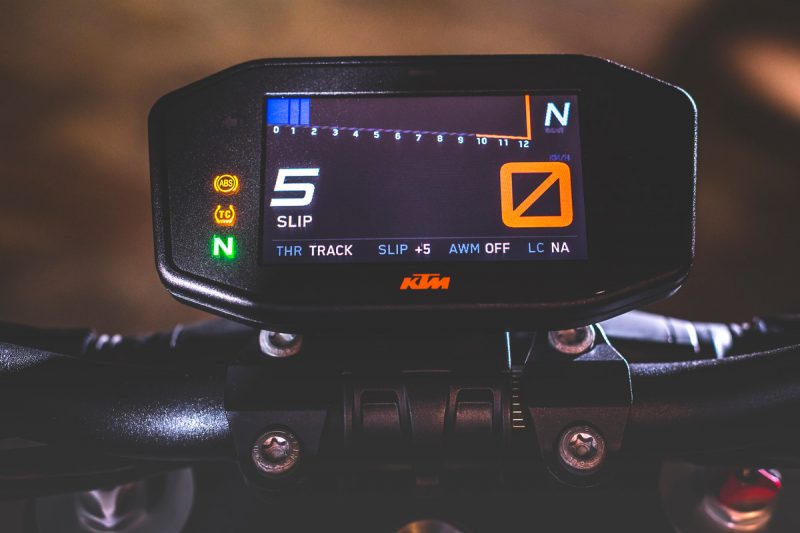 2) Riding position
Part of the KTM 1290 SUPER DUKE R’s racier revamp is a slightly more aggressive riding position. Its new handlebar is 18.5mm further forward and 5mm lower, as well as 20mm wider. The one-piece bar is also 4-way adjustable longitudinally through a range of 22mm, while control levers can also be fine-tuned for reach. 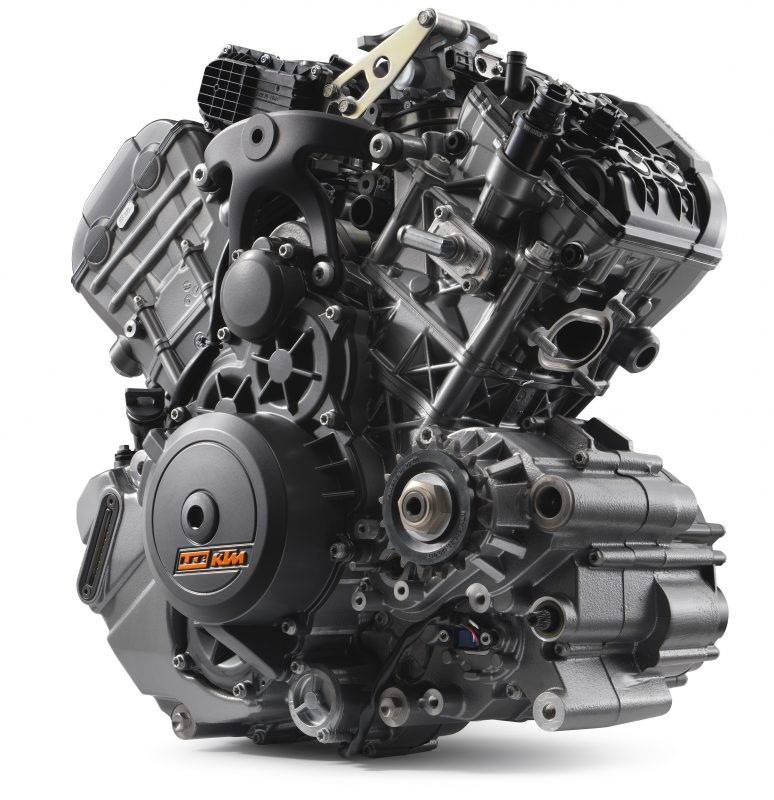 4) Electronic assistance
The KTM 1290 SUPER DUKE R gets the latest Bosch Inertial Measurement Unit, which allows motorcycle traction control and cornering ABS. The new, optional TRACK PACK adds launch control, plus the ability to adjust throttle response (through three levels) and the amount of spin allowed by the traction control (through nine).

5) Suspension
Chassis tweaks are intended to make the KTM 1290 SUPER DUKE R a touch firmer and sportier, while retaining its steel trellis frame and geometry. The 48mm WP fork has stiffer springs plus revised damping to suit; the shock absorber is essentially unchanged but comes with more spring preload and damping. 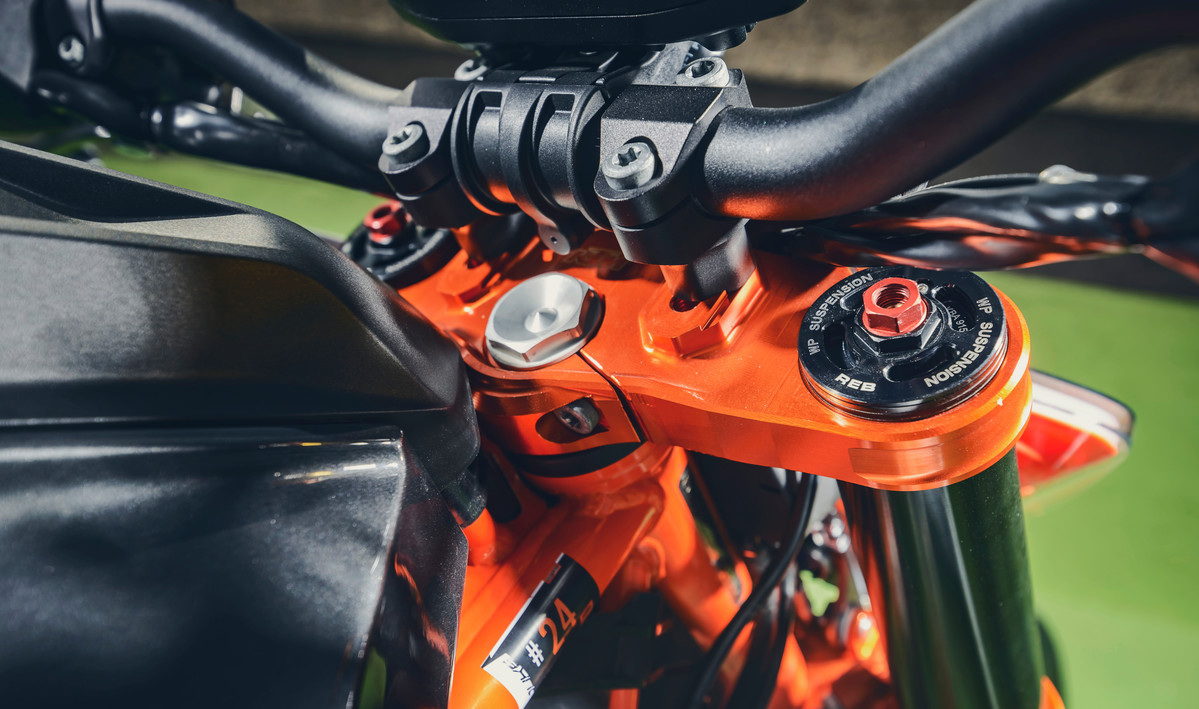 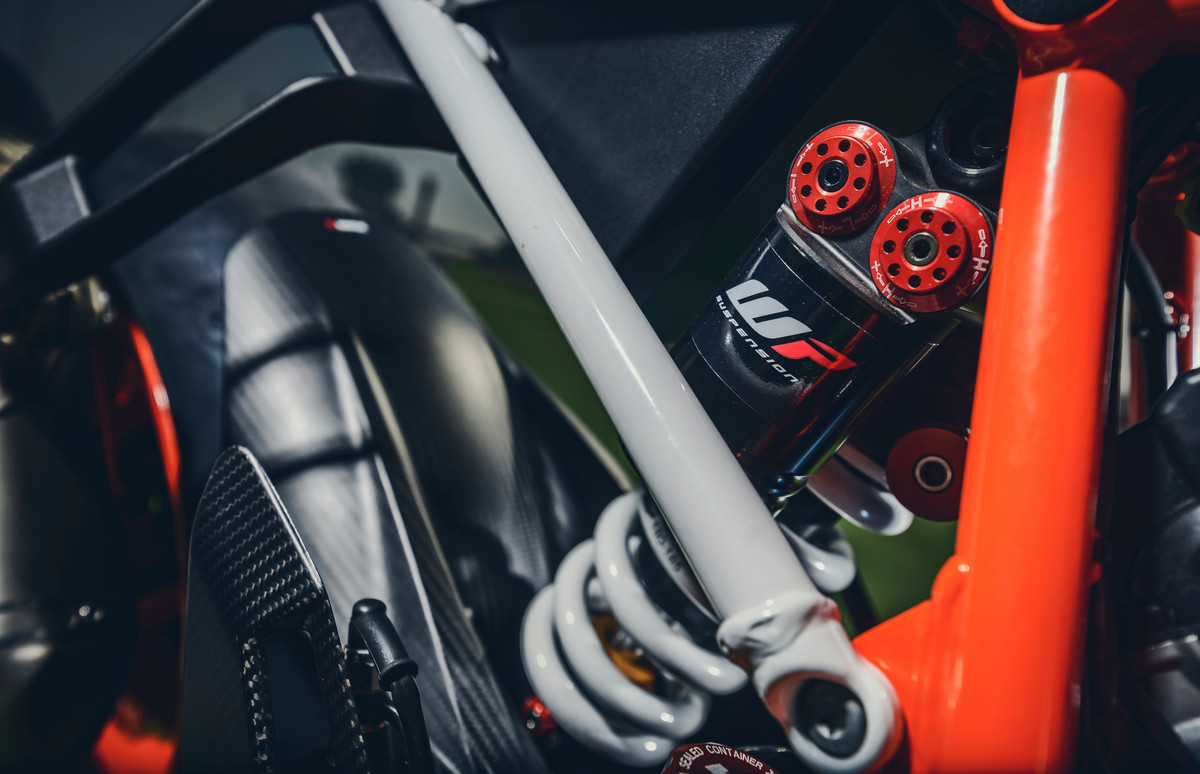 1) Race package
Strictly speaking, not one KTM PowerParts but four. The race package comprises a competition triple clamp, adjustable footpegs system, passenger seat cover and Akrapovič slip-on silencer. All worthwhile additions if you want to go fast, or just look fast. And the good news is that the package price (£1387 / €1630) gives a considerable saving (£400 / €470).

2) Clutch reservoir cover
When you’re talking KTM, what’s not to like about an orange-anodized clutch reservoir cover that sets off the R-model’s frame perfectly? Especially when it costs barely more than a round of drinks. Matching orange bits include an oil plug, plus covers for swingarm pivot, rear axle and brake reservoir. 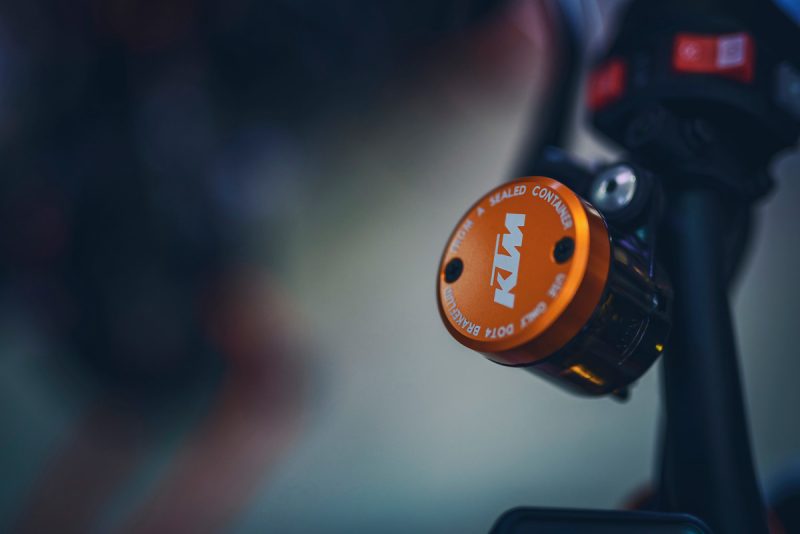 3) PERFORMANCE PACK
One of the most popular KTM 1290 SUPER DUKE R options is likely to be the 3-part PERFORMANCE PACK, comprising quickshifter+, KTM MY RIDE and motor slip regulation. The quickshifter+ incorporates a blipper for down-changes. KTM MY RIDE gives Bluetooth integration with a smartphone. The motor slip regulation prevents rear-wheel lock under braking by increasing revs.

4) RSX JACKET & PANTS
The KTM 1290 SUPER DUKE R is as happy on the track or street, so the KTM PowerWear that makes most sense is an equally versatile combination of RSX JACKET and PANTS. If you’re outside the normal size range, the KTM PowerWear RSX program allows you to design your gear and have it made to measure (www.ktm-customleathers.com). 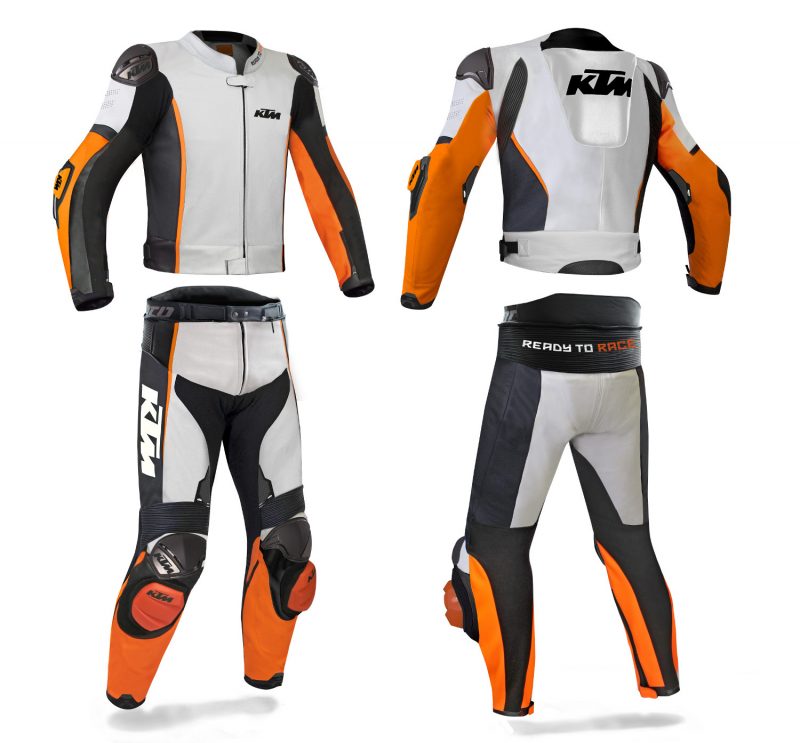 5) WP Racing Suspension
The best part of the track-ready KTM 1290 SUPER DUKE R that we rode alongside the standard bike at Losail was the suspension. The fully adjustable race units from WP comprised a Road Competition Cartridge Kit and a Road 4618 Super Competition Shock, with stiffer-than-standard spring. Both worked superbly to give improved cornering control.