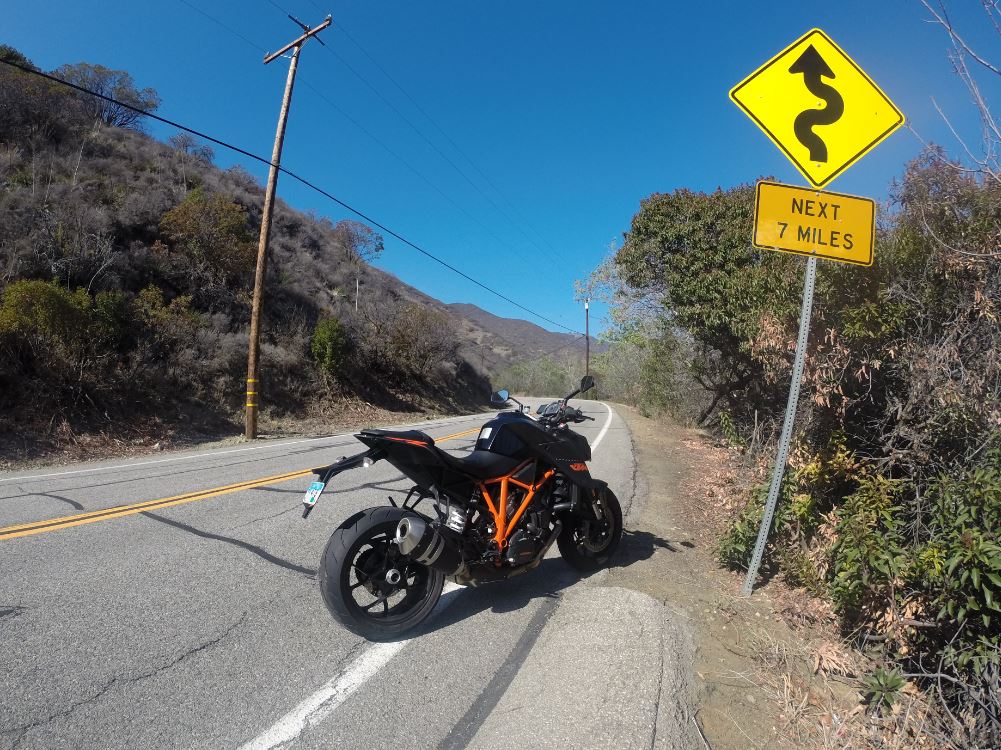 There is a lot to see in and around Los Angeles. Hollywood and its legendary “Walk of Fame”, the Universal Studios, where when you pay a visit can douse in the American screenland for a whole day, and – needless to say – the famous beaches like Venice, Santa Monica and Malibu Beach. You’ll need days to find your way around the city and its constantly crowded freeways and even weeks to see and experience everything. 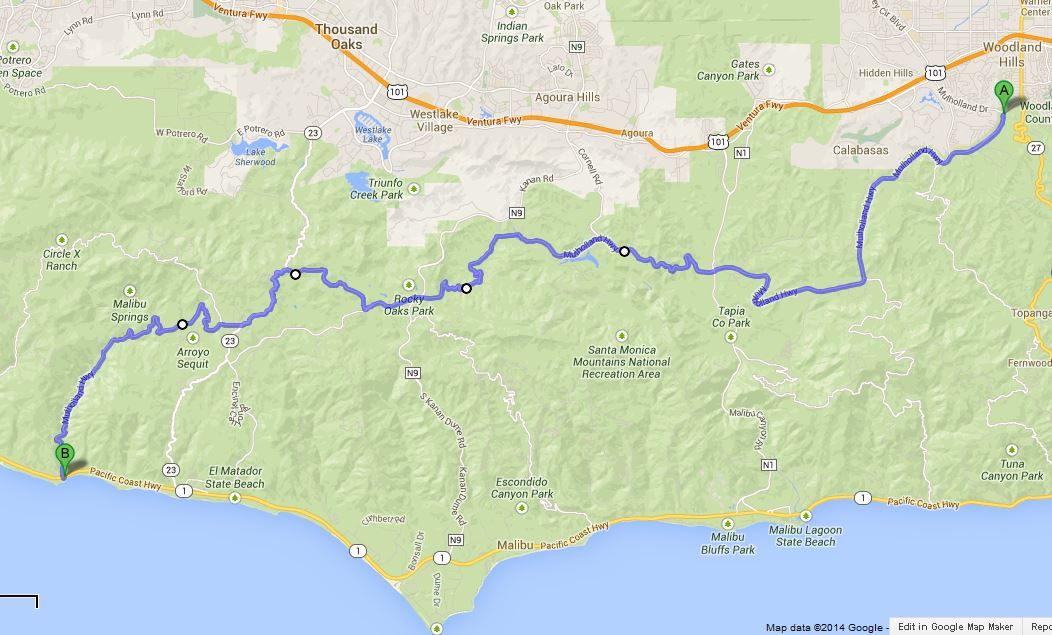 When talking about Los Angeles most people think about Walt Disney and the Hollywood Boulevard. A confirmed motorcyclist will first think of the surrounding canyons famous for boundless trips and never-ending corners, which seem tailor-made for the KTM 1290 SUPER DUKE R. No matter if fast visible corners or hairpin bends: the “BEAST” is beating them all.

The Mulholland Highway is probably the most famous street, even known in Europe. The highway is 50km long, straight through the mountains of Santa Monica and the Hollywood Hills to the Pacific Coast.

In the middle of the mountains it´s not only time for “Meet & Greet” but also for “Show & Shine”. It´s the best place for kindred spirits to swap ideas, grab a bite to eat and gaze at the most incredibly pimped bikes at the Rock Store Café. Certainly, the “BEAST” was the undoubted a highlight that caused some talking amongst hundreds of bikers, which meet in front of the café every weekend. Characteristic for the US, next to burgers and beer, the appropriate motorcycle insurance is sold directly on the spot. But at the end of the day, it makes no difference where you are and where you meet with other bikers. All pursue the same goal: forget the daily routine and have a blast. 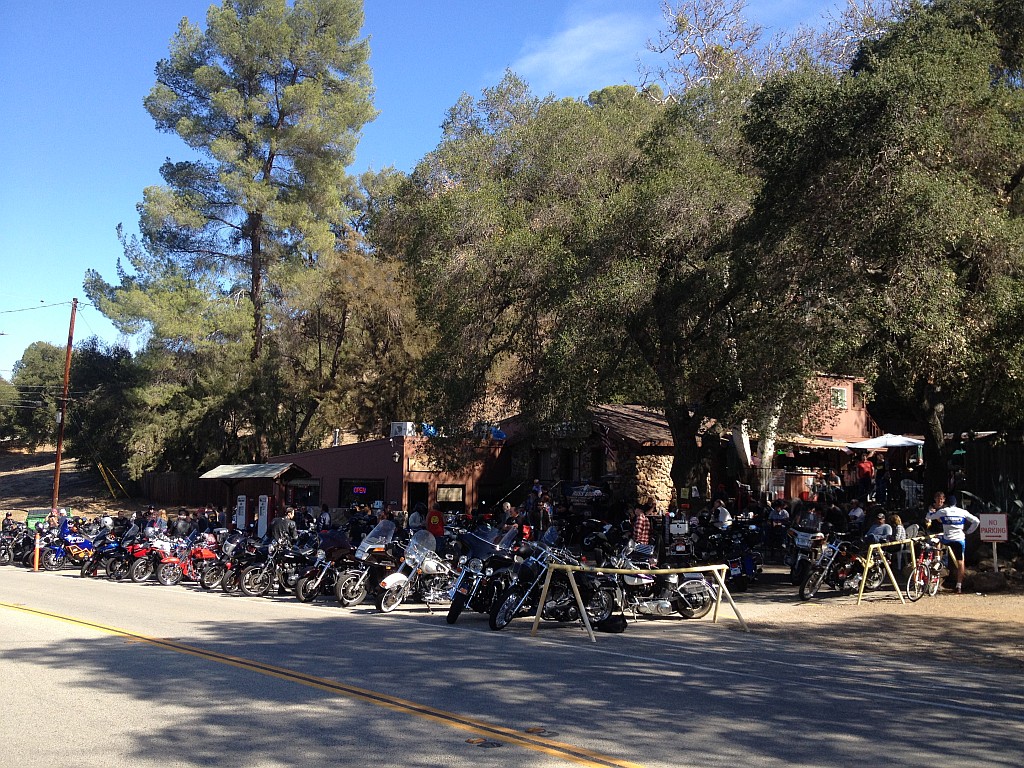 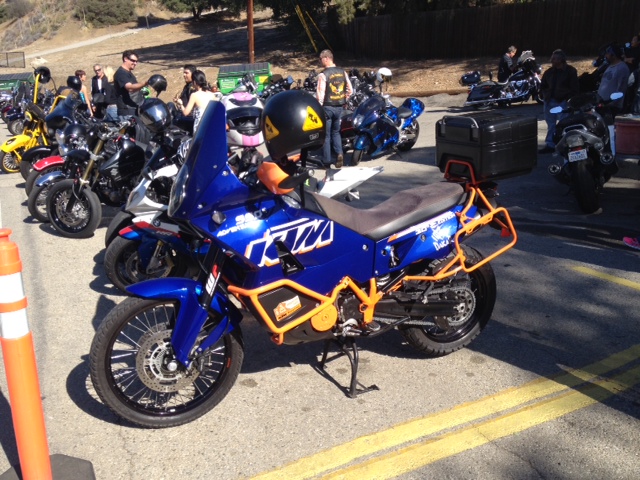 Then things got serious. Who leaves the Rock Store Café westbound and chases the so-called “Snake” to the top has to reckon with photographers on the next four kilometres, taking pictures in each of the 21 bends. But this time it isn´t one of the numerous sheriffs equipped with radar traps in the canyons, no there are professional photographers that sell the taken pictures on their websites. Paul Herold is probably the most famous and kindest photographer at the Mulholland Highway. He offers the taken pictures on his website: www.RockStorePhotos.com He already recognizes his “victims” by the body language and engine sound. At “Edwards Corner”, probably the most famous corner in the United Stated, riders and photographers give their best. Quite often the “Snake” bites mercilessly and fell the riders. On average Paul takes about 15,000 high-quality pictures per weekend. Meanwhile, his homepage comprises 600,000 pictures not only of bikers, but car drivers and cyclists. 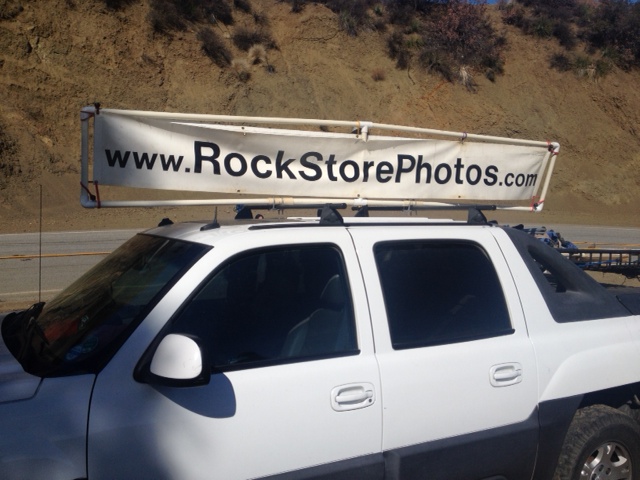 Even Ken Snyder and his video camera are on-site. The best videos are published on his YouTube Channel www.youtube.com/RNickeyMouse There he publishes the wildest lean angle rides right up to the most spectacular crashes.

From below “Edwards Corner“ is the last of 21 corners of the so-called “Snake”. The corner is clearly visible, slightly curved inwards, wide bend and offers perfect conditions for riding the “BEAST”. The tailor-made Dunlop SportSmart² tyres are perfectly warmed up and offer fantastic grip. The perfectly adjusted WP chassis allows best steering precision and still keeps a lot in reserve. Further down, a long straight offers an occasion for acceleration and an impressive sound effect that can only be caused by the powerful KTM engines. The canyons quiver with the sound of the two-cylinder engine and photographer Paul gears up for taking photographs of the KTM 1290 SUPER DUKE R. 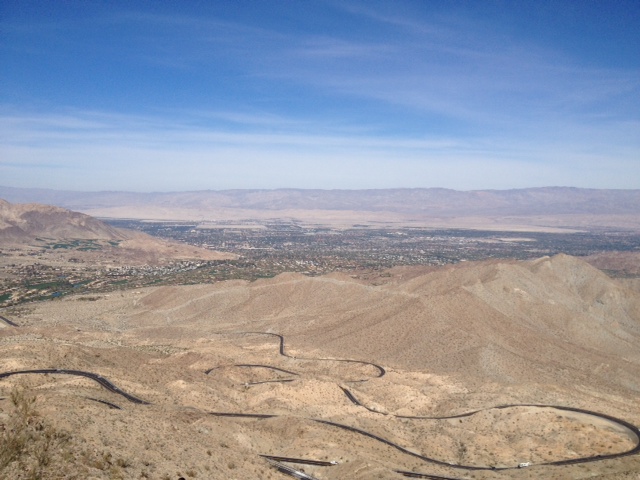 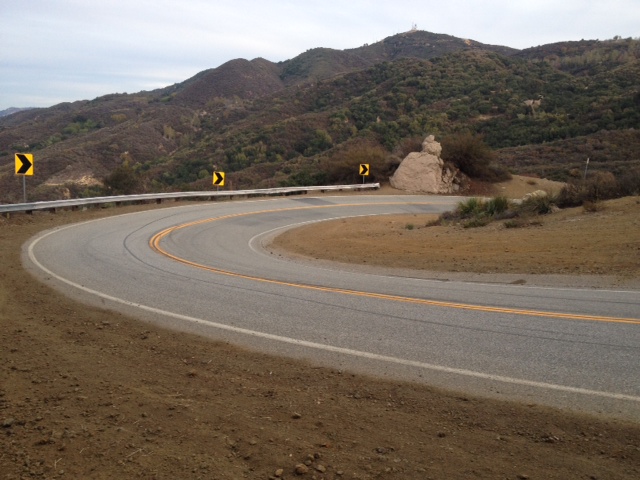 Finally breaking into the last right-hand bend, before entering “Edwards Corner”. The existing bumps have been fatal for some rider, but the ABS prevents unpleasant surprises. The KTM is easy to handle; accelerating out of the corners and turn the bike from one side to the other, just to prepare the 180 degree turn offering the perfect radius. In second gear and tilted position you go round the bend and the ride-by-wire system allows a constant throttle response without bucking and choking.

The focus is on the corner exit which closes at the end and the corner tilts outward. The “BEAST” can be handled reliably through its extraordinary stability and trenchant precision and the perfectly working lean angle dependent traction control offers extreme safety. You turn on the gas and after “Edwards Corner” you end up on another straight which is quite often finished with a wheelie due to the stunning propulsion and the numerous spectators. 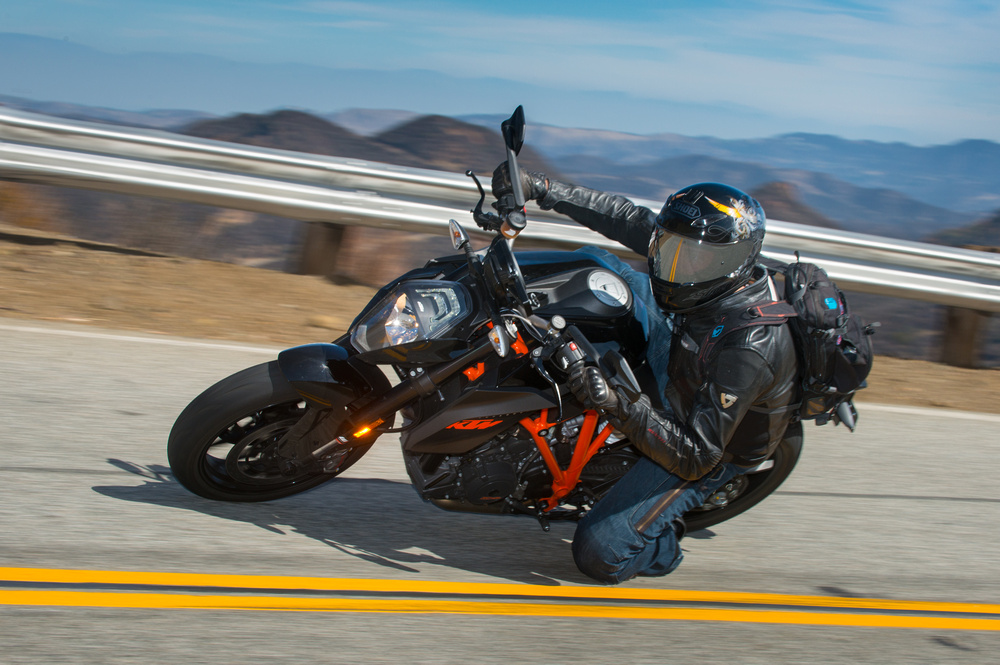 When you reach the top you not only have a beautiful view over the canyons and made aplenty of new friends but also on exotic bikes way above EUR200,000. For an American officer John Young observes the lively hustle quite calmly. He keeps track of the scene without forgetting that he is also part of the biker community. “Those who ride within the limit of 45 mph have nothing to fear from the police.”

According to this statement he has to turn a blind eye more than once every day, because already from a distance you can hear the engines roaring within the engine speed limiter. After some small talk and a test sit we have the strong feeling that even the officer fell in love with the “BEAST”. After a short talk the officer spontaneously decides to safeguard “Edwards Corner” from above whereby we were able to take a number of photos of the 1290 SUPER DUKE R in its natural surroundings. After about ten tries the knee got to the ground, the thumb of the photographer is up in the air and the pictures taken. 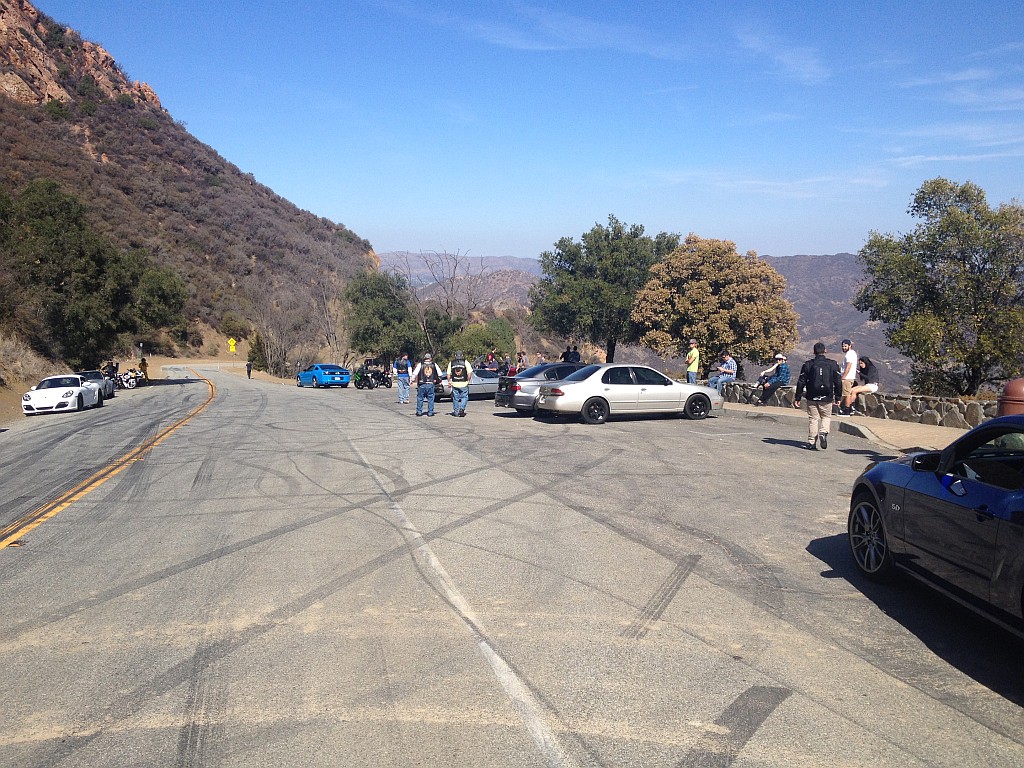 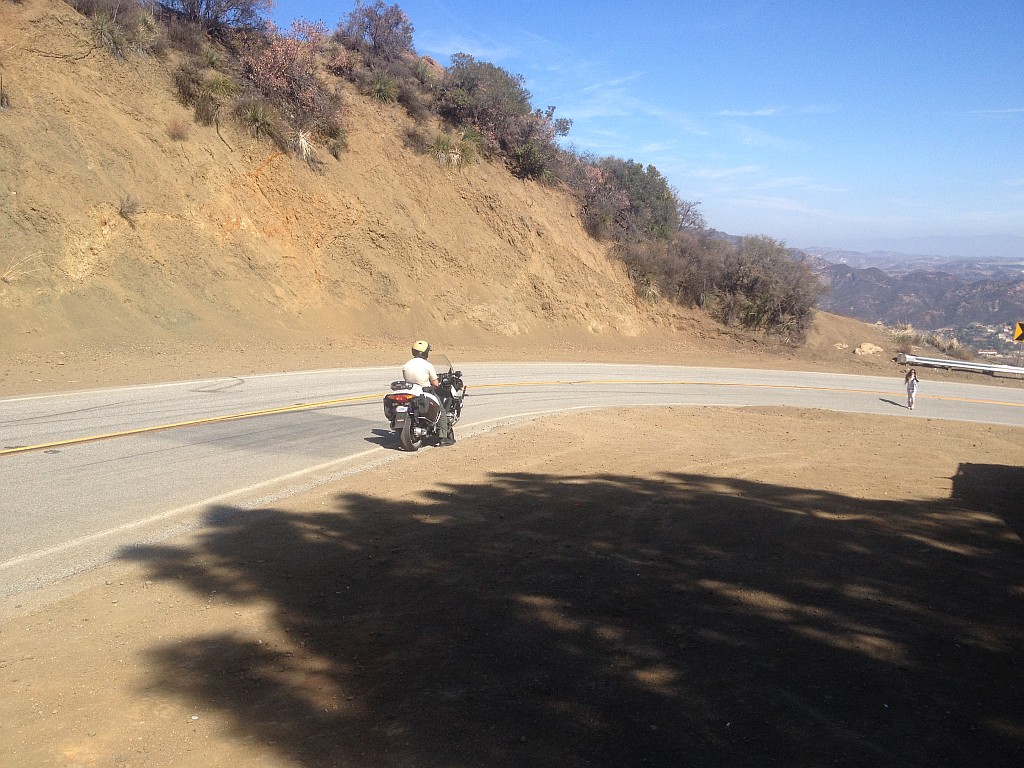 A day full of fun draws to the end and even without visiting Disneyland one is happy like a kid. After riding another 24km of curvy roads right beside the Pacific Ocean most of the bikers reward their selves with seafood and typical American specialties at the “Neptunes NET” a restaurant that offers everything the heart desires. Even here was little opportunity to eat in relaxed setting, since many curious people always stop to ask questions about the “BEAST”. 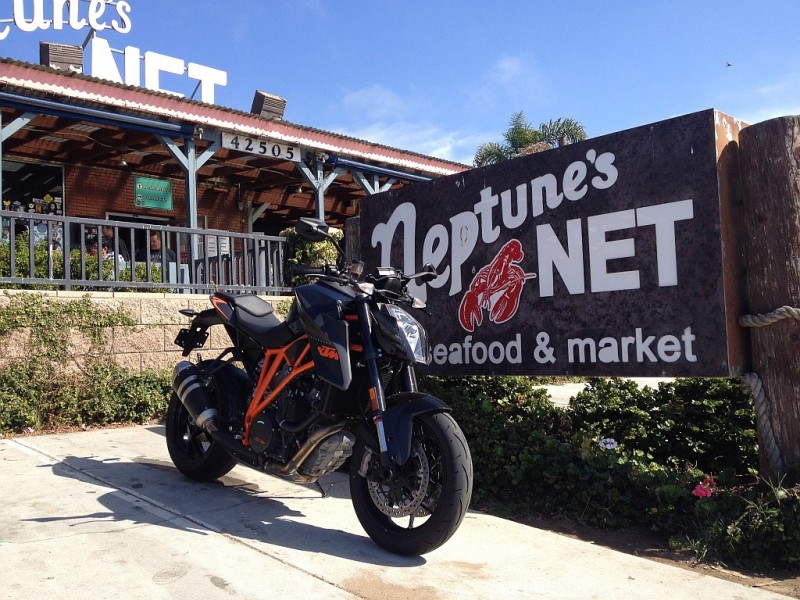 118 Responses to The American Dream