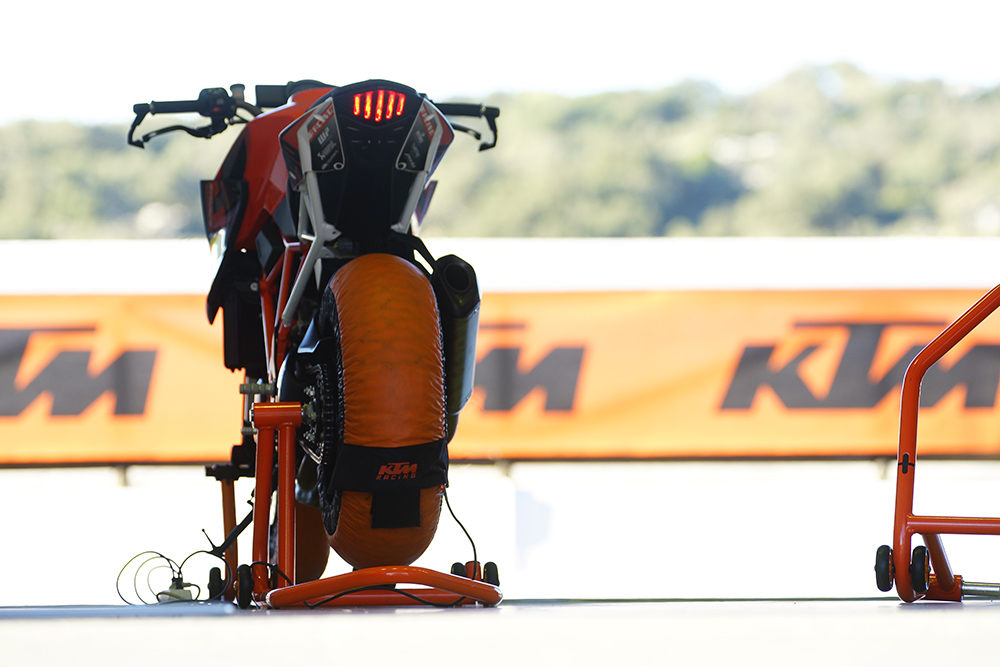 Take the 1290 Super Duke R, put some powerparts and slick tyres on and you got a perfect trackday bike, which easily runs with most Superbikes. KTM´s press manager Kutti Kuttruf presents the orange fun toy in this video.