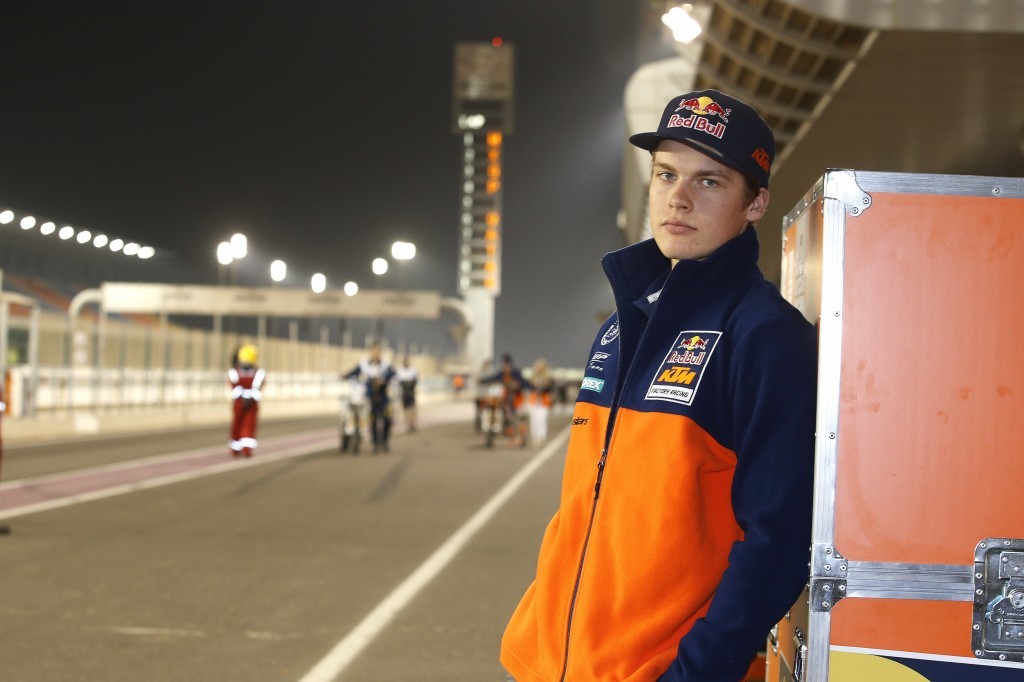 Pauls Jonass is smiling. Content with not only being a world no.1 in 85cc and 125cc disciplines the Latvian is now starting his first term as a full factory KTM rider next to Jeffrey Herlings on the formidable KTM 250 SX-F (a bike that has won the MX2 World Championship every year since 2008). An apprenticeship in Grand Prix was made last year as a satellite racer and now Jonass is set for the big time. He has already run with the leaders at the Grand Prix of Qatar last week and has ten-times world champ Stefan Everts in his corner. We thought we’d grab some time with ‘41’ to discover a bit more about the teenager that has the world at his feet … 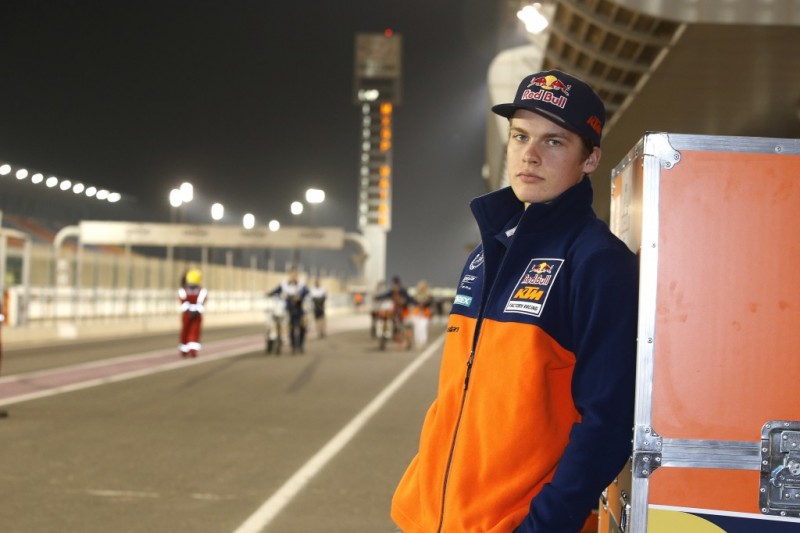 1. A factory rider from Latvia is a little weird. Having a Grand Prix at Kegums since 2009 might have helped …
“For sure I think it has helped. More people from Latvia know about the sport and motocross and I believe the Motocross of Nations last year also did a lot. We had national and European races before but the GP was something special. People could go and see the big team trucks and the riders and imagine where they could be and where they could arrive. When I signed the KTM contract it was something that made the news throughout Latvia.”

2. Blame his cousin …
“I started riding when I was five. I am the same age as my cousin and his dad bought him a bike. We had a small track next to our house and he was riding there. I wanted to try it and they were telling me that I was doing really well for a first time. My Dad had to buy me a bike then! Everything started from there. I was doing some racing with the 50cc but quickly moved on and it has been like that ever since through 65s, 125s and here up to Grand Prix. Now it’s my job! It was fun in the beginning but when I started there was nobody in Latvia who had been 85cc World Champion and I said to myself “I want to be the first” and I did it. I didn’t think about GPs when I started but year by year it got closer and now I’m here.”

3. He’s the kid in the middle … and he worries his mother …
“I have two sisters. One is twenty-one and the other is five years old. My mum is a teacher and my dad has a factory that makes pallets. I come from a small village called Kalvene, around 500 people live there, and our house is two kilometres away and there is just my cousin’s house nearby: so I am a country boy! My big sister is a fan and comes to races when she can and my smaller sister is part of a motocross family so she doesn’t have much choice! My mum doesn’t like to watch me race, she cannot bare it.”

4. Don’t underestimate the value of a national dealer trial run …
“I started riding a KTM with the 50cc. The 65 was a KTM also and then my last year with 85s I was on the orange bike again. I went to a KTM test organised by sidecar world champion Kristers Sergis who has a dealership in Latvia and he said “you look good” and it started from there. In the first year we had support from KTM Latvia and when I started in 125s I got support from the factory and made a five-year contract. It was good. I’ve been with the KTM family in all that time, almost half a decade.”

5. There is a feeling to be factory … and a responsibility …
“It is just amazing. I am not a guy who needs special parts. I am like ‘give me the bike, I will ride it how it is’. I’m not used to the feeling yet of a bike being made for me! I know I can try every part that I want and make any request to get things changed but the new 250 is amazing. It has so much power and is very easy to ride. They have done a great job with this last model. I remember going to watch my first GP in Latvia and we had the chance to go under the Red Bull KTM awning and in the hospitality and I almost s**t my pants. It was like a dream, and now I am there. That’s my team and everybody is so friendly. For sure there is a bit of weight on the shoulders but I am doing my best and I cannot do any more. I hope results will come.” 6. A works bike can make the difference …
“Yes! I started riding the KTM 250 SX-F with the Marchetti team last year and when I got on the factory bike I noticed a big difference. Maybe not so much in terms of power but the whole combination, the suspension and everything together. The switch from 125 to 250 was pretty big but you have to do those steps in the sport. I worked very hard in the winter with my training to be able to ride the factory bike the best I can. I hope it will be a good year.”

7. Working with Stefan Everts was part of the prep job for the highest level …
“I started to work with Stefan last summer and he made a programme for me since July. When I finished the Nations at the beginning of October then we really started working closely together and he helps me so much. Without him then I would not be holeshotting at Grand Prix (Pauls was quick out of the gate at Qatar). He helps me a lot and came to the first GP just for me. He helps me mentally and physically but the training is done through his old physio Willy Linden and I have to thank him for that link. I find that when he says something I can really use that information and it is like a click happens in my head. He is smart and obviously has so much experience.” 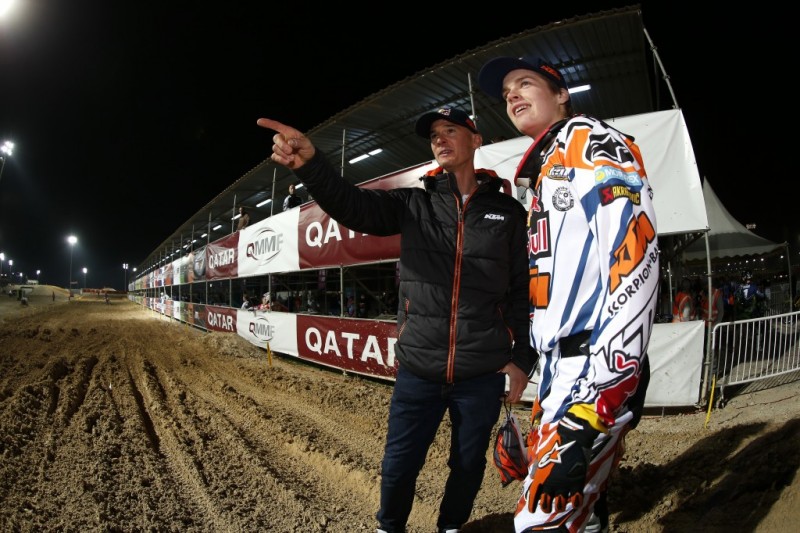 8. On some unusual downtime activities …
“When I’m not racing, riding or training I like being out. I’m not one for sitting on the couch playing video games. When you are a motocrosser there is not so much time for other activities. In the morning you start your work and by the evening you are so tired that you just eat and sleep. You will have one day ‘off’ a week and in that time you just want to relax. I’m not sure what would make me run out of the house to do something immediately if a friend called … it is a good question. Football is OK but not my favourite sport. In Latvia in the winter we have plenty of ice and I like to play hockey. I can ski. I haven’t snowboarded yet but in Latvia we also have snow bikes and this is very popular.”

9. Style is there to be developed …
“Before I started working with Stefan I was a rider who liked to push a lot and was very physical, destroying berms everywhere! Now I am a bit smoother and use less energy. So far it is helping me a lot.”

10. On some of his favourite things …
“Music: I listen to everything, give me something and I will listen to it. Maybe more Pop music. Film: Coming to Qatar I watched Edge of Tomorrow which was pretty good. Otherwise it is a Latvian sport movie called Dream Team 1935. Sport: Maybe the Olympics. Other Motorsport: MotoGP, something very different but looks fun. Girls: Latvians for sure, 100%, you’ve been there so you know! Shoes: Nike, for sure. Watch: Nothing special. Technology: iPhone, I got one this year and it’s OK. Website: Twitter, Instagram, Facebook! Every day! Book: I don’t like to read, more magazines.” 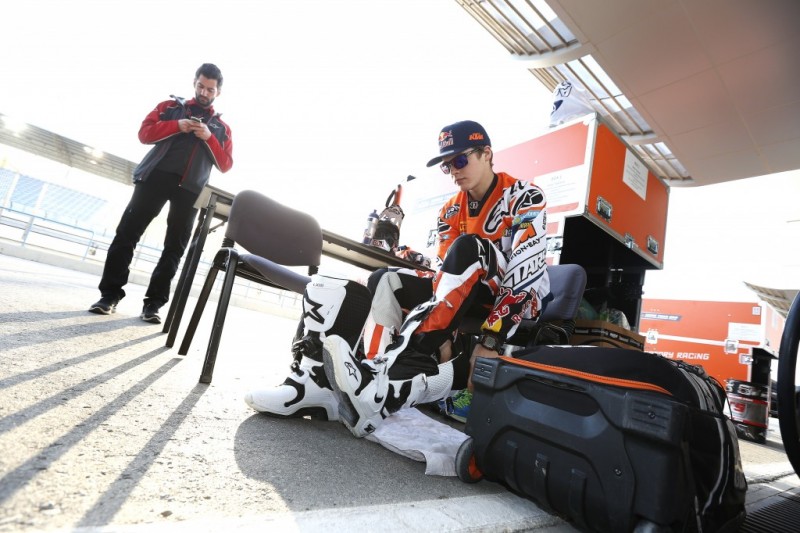