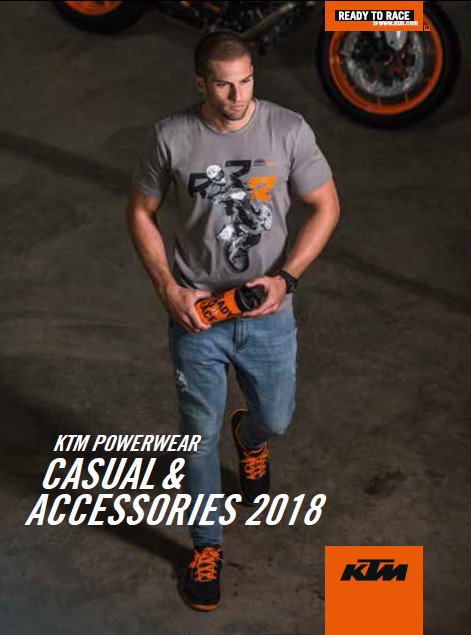 The photos are done, the products are ready to ship and the details of a new, fresh and honed KTM PowerWear Casual and Accessories 2018 catalog are now out there. But the new catalog is not the only interesting thing in the KTM PowerWear offering. That´s why we decided to delve into some of the most attention-grabbing features currently available.

KTM PowerWear has often been regarded as something of an ‘Aladdin’s cave’: a diverse, colorful array of clothing, safety gear, novelties, accessories, practical goods, and the downright unusual (KTM cuckoo clocks?!). For 2018 PG&A Marketing Specialist Diana Haist admits there has been a new philosophy towards the range. “In the past we did everything that popped up that we found funny or different but now we have done research and we have looked more about what would fit the brand,” she says. “There is more structure and it fits better to KTM’s brand values. It is very focused now.”

To dismiss the KTM PowerWear gear as simply an array of products for ‘orange heads’ is to do it a disservice. Naturally there is everything a KTM fan or rider could wish for by way of a compliment to their ride, but there are also subtle options and one of the strongest aspects of the assortment has been the official associations with top end premium brands like Alpinestars, TLD, Schuberth, SIXS and Ogio.

1. Emphasis
‘Emphasis’ could be a word ascribed to the 2018 KTM PowerWear line-up but it is also a title for a curious new segment on training and sporting garments; we’re talking breathable, wind and water repellent qualities in T-shirts, hoodies, jackets, shorts, pants, tank tops and beanies (even a towel) for men and women. “This is really functional and with material and performance for working out. It is really new for us,” says Haist. Think ‘distinctive but also subtle’ KTM training gear (most of it is black) and you’ll be on the right lines. It’s a good idea. Many of the company’s key customers are offroad motorcyclists and therefore know the benefits of keeping in shape and doing a level of exercise to remain loose and strong on the bike. Some cool camo styling is the only departure from the dark shade and most of the clothing boasts stretch fabric and the kind of quality suited to take some abuse. 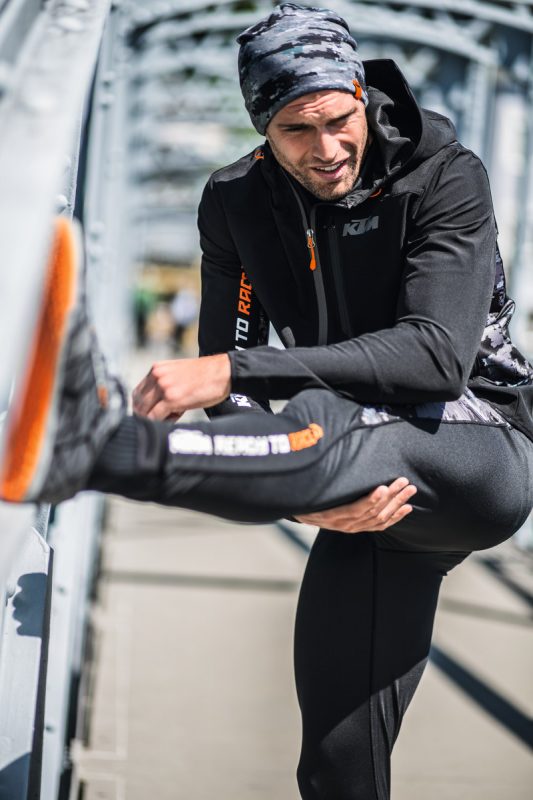 2. Getting Close
KTM PowerWear does a pretty good job of conveying the orange and edginess of the KTM brand into casualwear and some articles that do not obviously scream ‘motorcyclist’. The diversity of the catalog spans the kind of top that would be acceptable in a bar to full-blown race replica or practical clothing for the track or trail. “We have a design for the casual wear that varies between being quite loud and trendy and then more simple and clean for an older target group,” Haist says. “There is also the replica team wear and even more rather corporate ‘orange’ clothing.”

The display has normally featured race replica team clothing and accessories and the 2018 effort is no different. Alongside the ream of casual clothing, from t-shirts to shorts from wallets to watches, there is that READY TO RACE feeling once more, including a few tasty additions, as Haist explains. “There will also be limited edition collections that will only be available as long as stock lasts. We have the Troy Lee Design limited edition collection with functional riding gear of shirt, pants and gloves but also shirts, hoodie, jacket, cap and backpack so motocrossers can look exactly like the US racers.”

“Lastly there is the limited edition Red Bull team wear, it is a small collection of six pieces (T-shirt, hoodie, softshell jacket, shirt and caps) and it is also only available while stock lasts. So it is quite important and exclusive.” 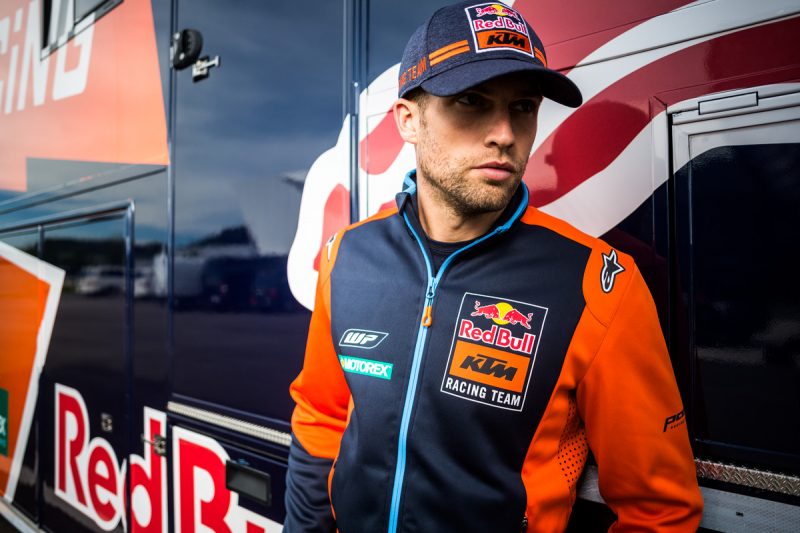 Like the look of what you see at the track? Then visit your local KTM dealer and get the order made during the summer and autumn months before it runs out.

3. Get safer
Helmets, neck braces, back protectors and body armors are just some of the pieces seen in KTM colors over the last few years but for 2018 the KTM PowerWear department have explored the burgeoning relationship with renowned company Alpinestars to bring the Tech-Air™ gears into the collection. KTM’s expanding motorcycle portfolio means that touring and travel riding have become even more accessible due to the various specs of KTM ADVENTURE bikes and the awesome KTM 1290 SUPER DUKE GT, so KTM PowerWear is rushing to catch up thanks to premium riding gear with countless sophisticated features ensuring that KTM riders are always perfectly equipped wherever the journey may take them. 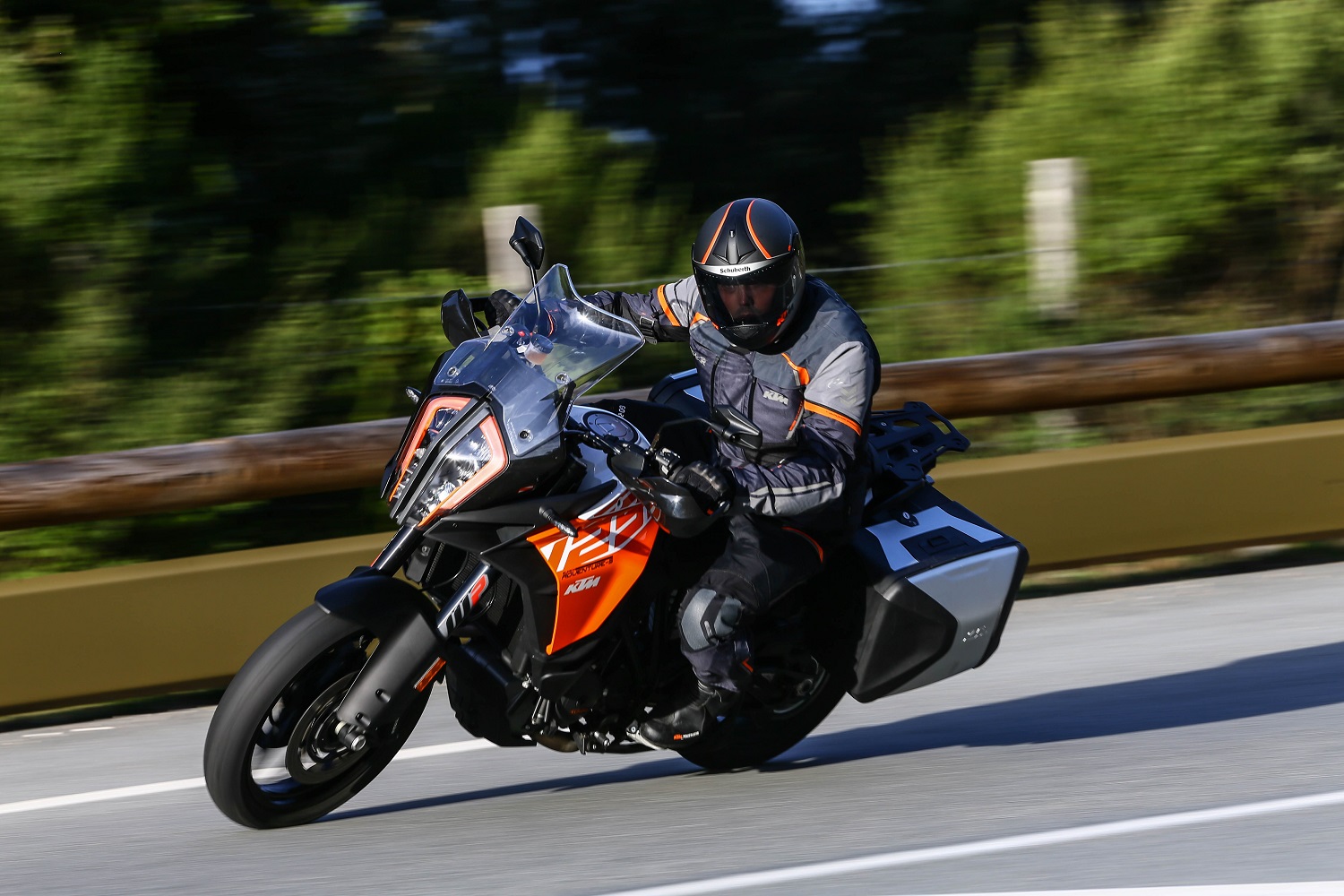 Suping up your KTM or the KTM PowerParts components that have been already added to the bike, KTM PowerWear is the next (and last) stop to completing the overall look. Have a wander into the cave.