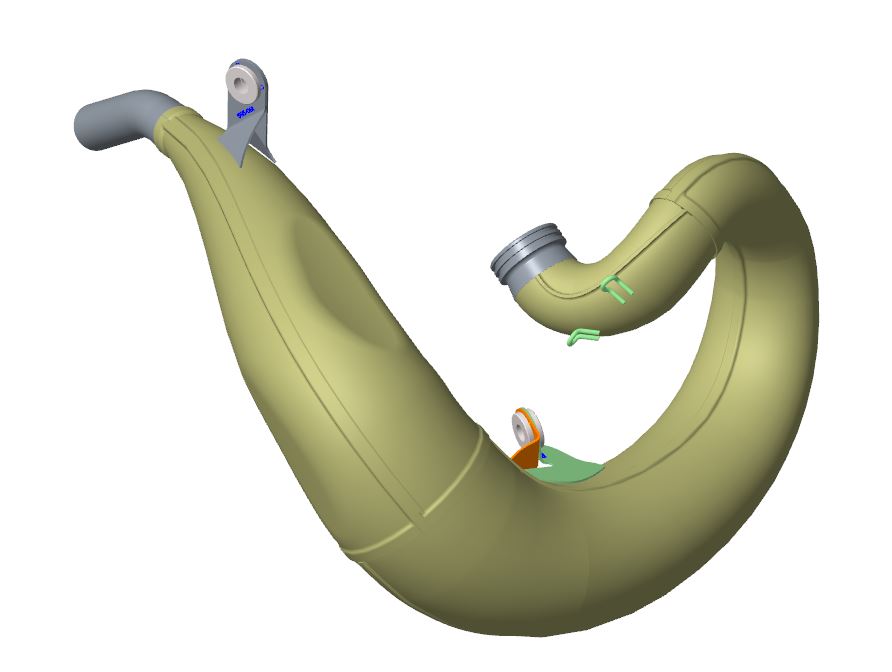 KTM R&D are moving even faster in their development of new motorcycles and components thanks to 3D printing. Can the technology really work for the rigorous tests and standards of road bikes in the second decade of the 21st century?

Well, the answer would seem to be ‘yes’. KTM recently unveiled their 2019 SX range of bikes at a comprehensive and detailed launch in Rome, Italy. One of the key innovations with the KTM 250 SX 2-stroke in particular involved the use of a printer to advance ideas and tests with the exhaust pipe. 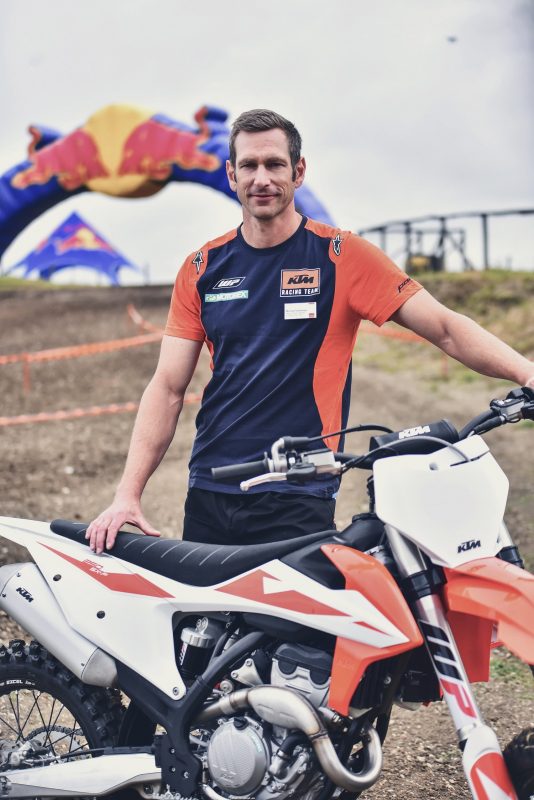 Head of Engine Offroad & Motocross R&D, Michael Viertlmayr, explained how KTM arrived at the 2019 version that was created to improve the total packaging of the head pipe and to increase the necessary ground clearance of the vehicle. As well as 3D printing KTM also called on their growing experience with MotoGPTM to install oval cross sections to achieve their performance goals. Of course, having the theory is one thing; holding the proof in their hands and testing it on the bike was another.

“We have an innovation design cycle,” Viertlmayr says. “Everything starts with a basic concept or an idea and in this case, it was to make the head pipe smaller in size or slimmer. So, we knew about the oval cross sections and being able to wrap the pipe closer around the frame. With a 3D design we go into a simulation-and-calculation phase, and we are one of the very few companies in the world that are able to calculate the very complex thermodynamics of a 2-stroke engine which is much more difficult than a 4-stroke.”

“We can go on the testbed and track with our test riders and collect feedback and numbers. If we are happy with the design then we go to the second prototype stage, if not then we go back to calculation phase.”

“The production pipes are referenced again and have to work in exactly the same way as the first prototype and we have to do excessive durability testing to ensure the quality.”

“All-in-all it takes about eighteen months from the basic concept to the finished product, which is twice as quick and ten times more accurate than it was in the past and this has been a big improvement for us. The simulation and calculation tools in combination with rapid prototyping saves us a lot of time and effort.” 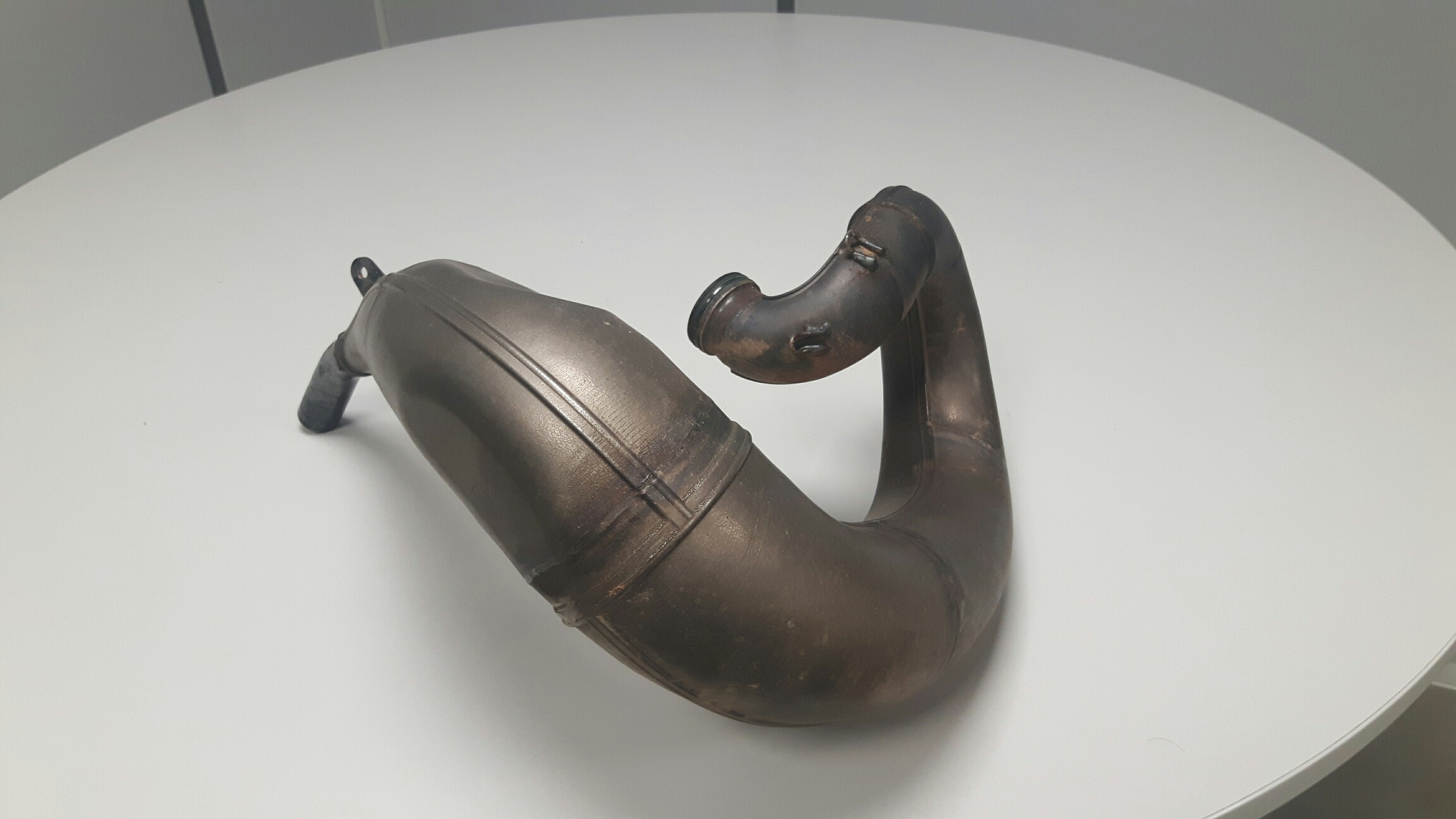 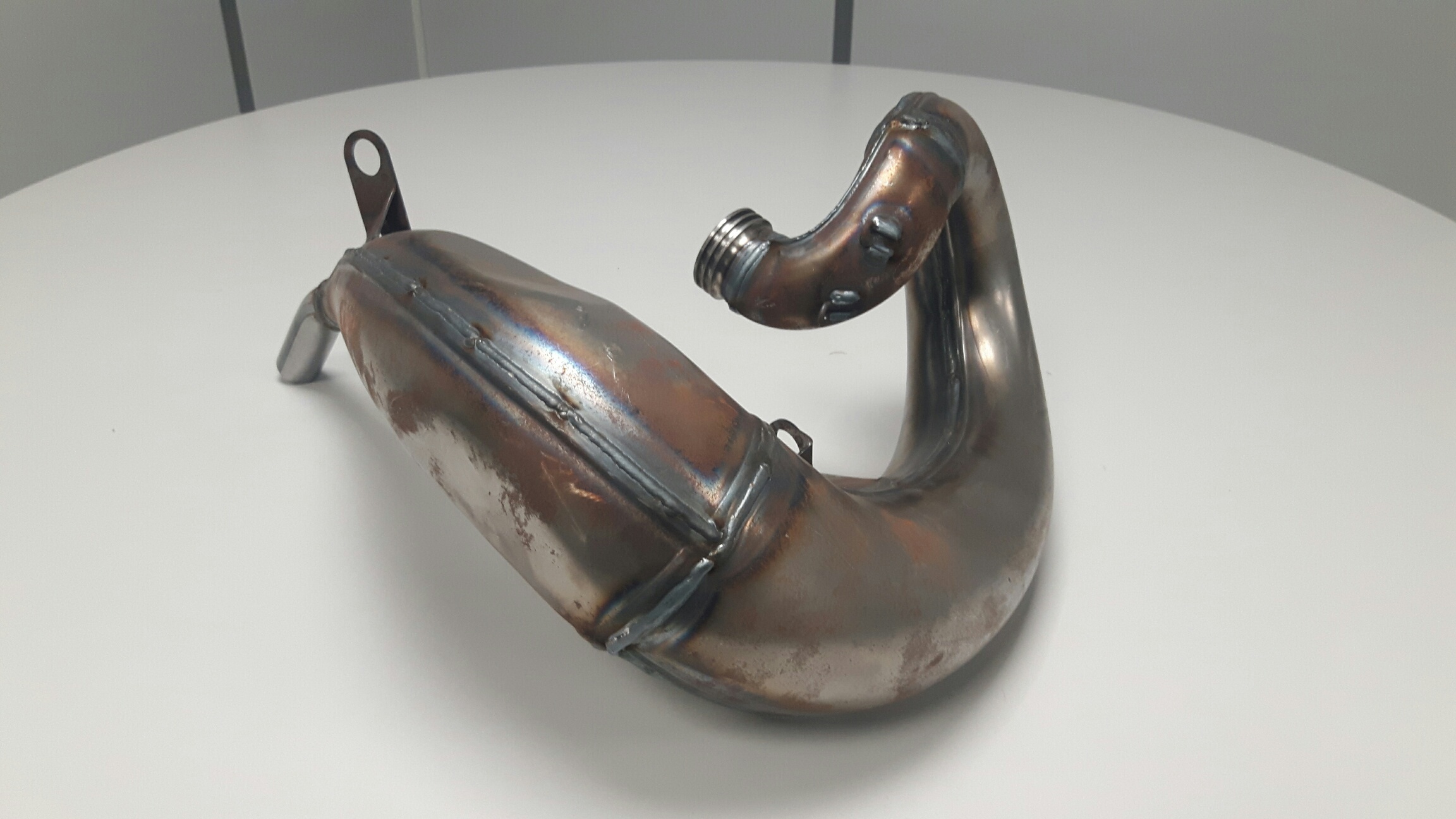 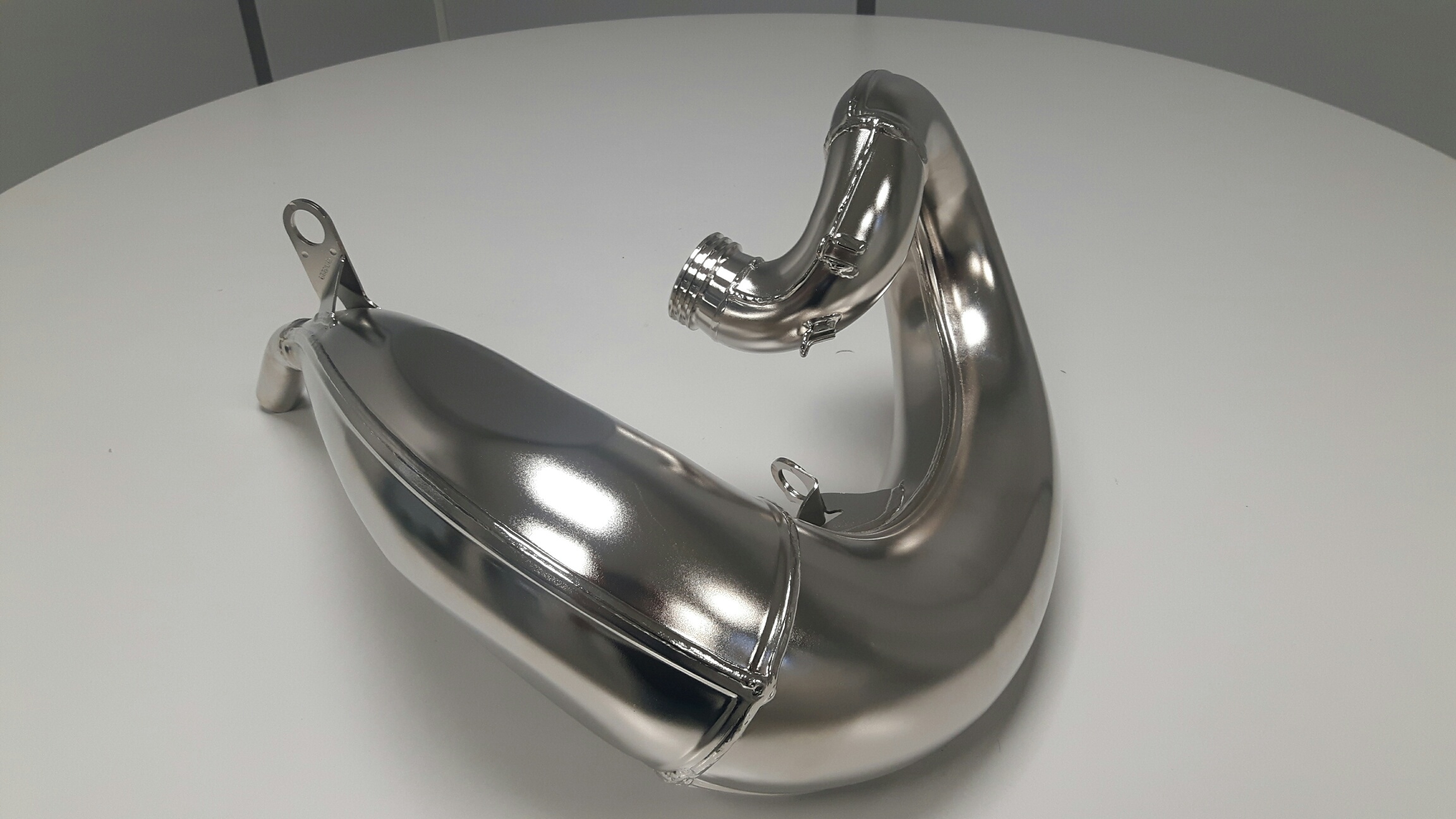 3D printing has slowly been gaining credence and popularity since the early 1980s with the evolution of raw materials and the actual printing machinery, as well as the capabilities of computer aided design (CAD) to ensure the finest detail is accurately reproduced. The methodology has increased in quality and efficiency to the point where vehicles, firearms and even surgical procedures have been able to embrace and use the technique.

It still seems unreal that 3D printing can be done with metals and materials at a high enough resistance to be used on a motorcycle, especially an SX model! The resource is only gaining more prominence and importance though for KTM. R&D have four 3D printers; three for plastic components and one for metal. 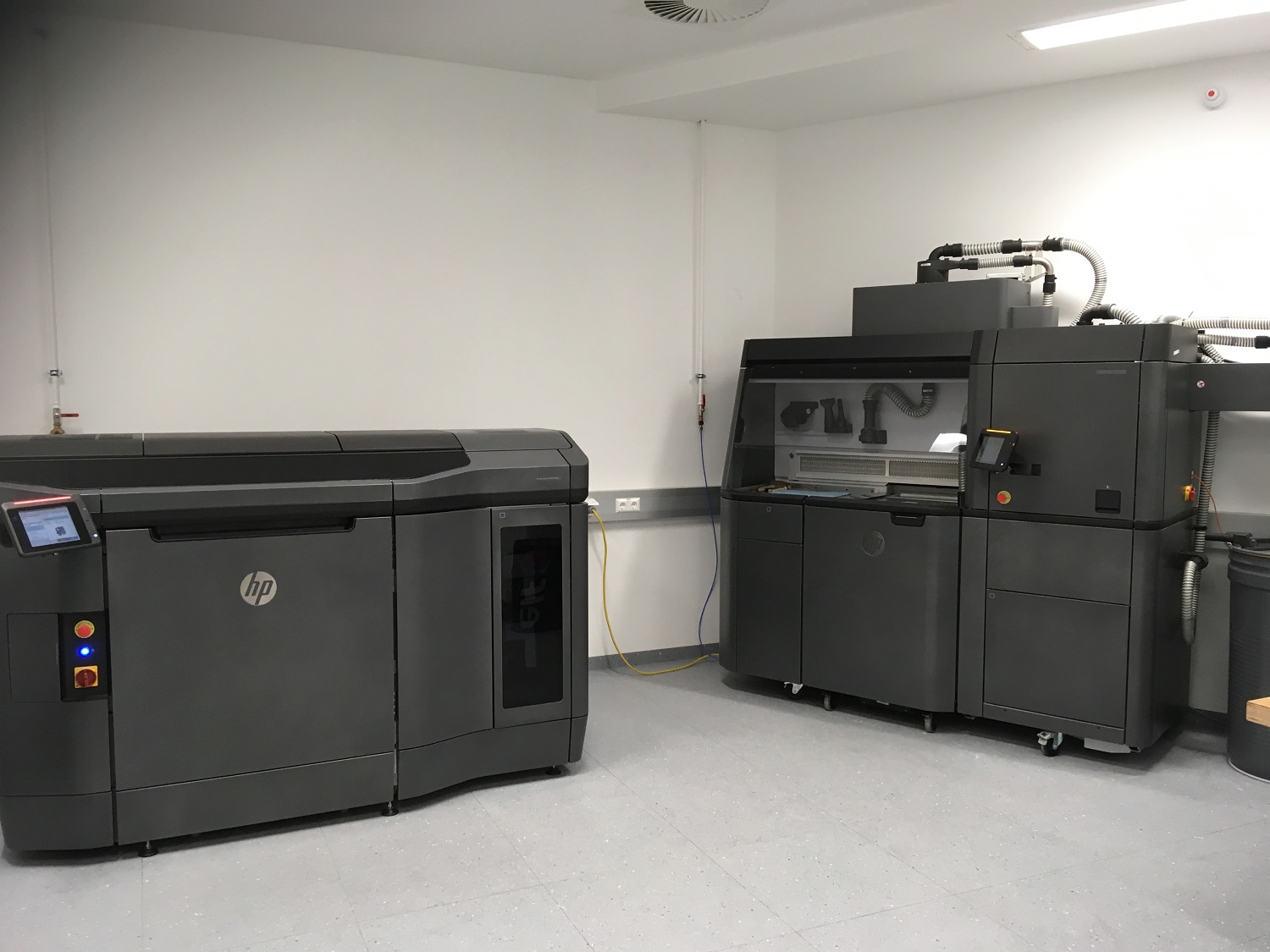 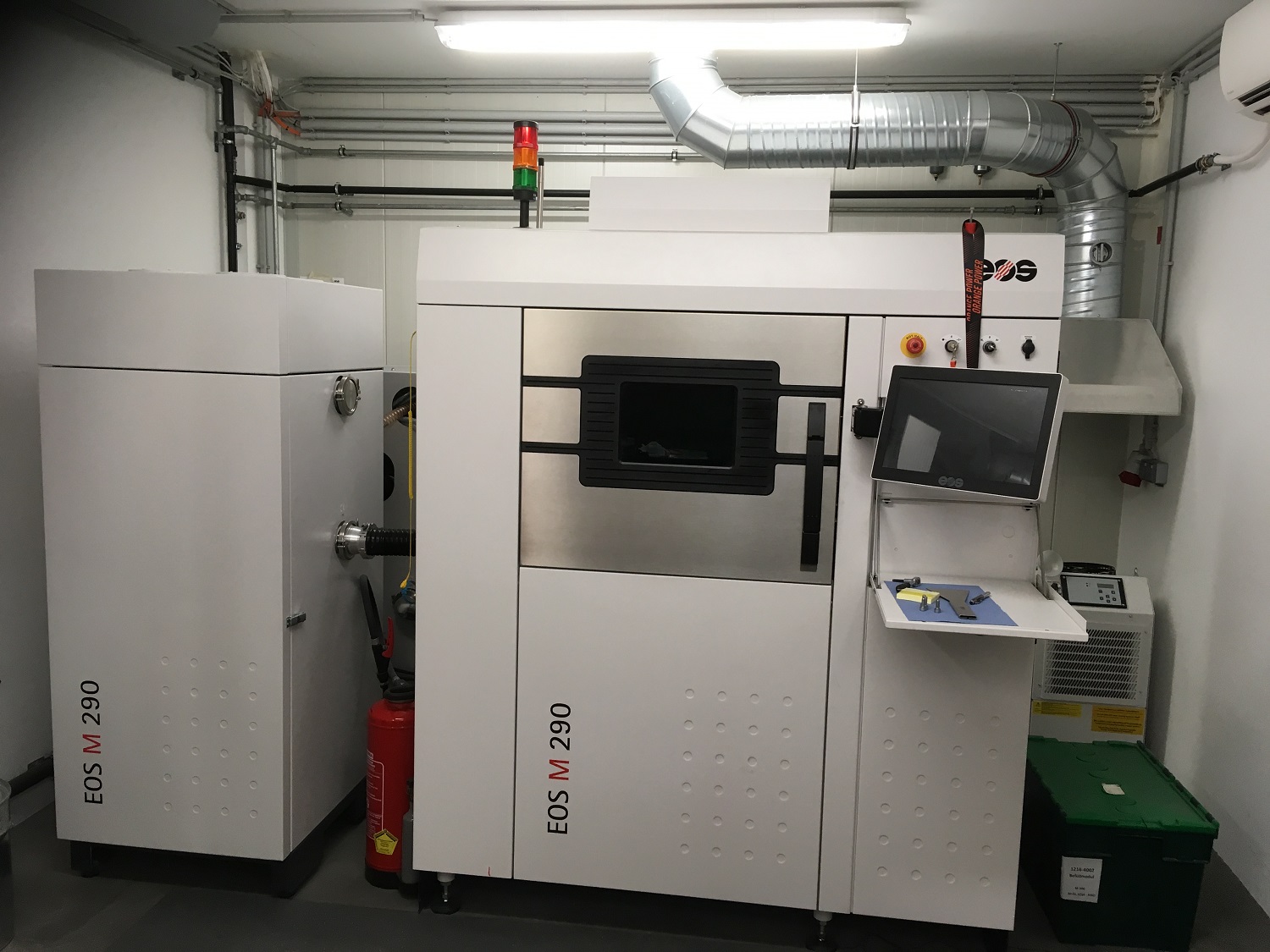 “The volume of parts for R&D is growing constantly year by year,” insists Viertlmayr. “It started with just a few and using quite low-quality plastic but the materials involved have improved drastically. Not only can we print high-quality plastic now but also aluminum parts like a cylinder head for instance, which is pretty cool. We can print in different steel grades and are able to prototype ‘heavily loaded’ parts like rocker arms as well.”

The advantages are obvious. “It is just a massive time-saving for us in development,” he says. “It takes less than a week to print out the segments for an exhaust prototype and that alone is a gain of two-three months. It really makes life easier for us. The printed parts are fully operational. They are not only design parts; you can go on the test bench and on the track with them and that is amazing: a huge step forward.”

The countdown begins to the day a full KTM is one day squirted out of a computer and a new chapter of manufacturing dominates the halls in Mattighofen.

37 Responses to 3D printing: the future of motorcycle construction?