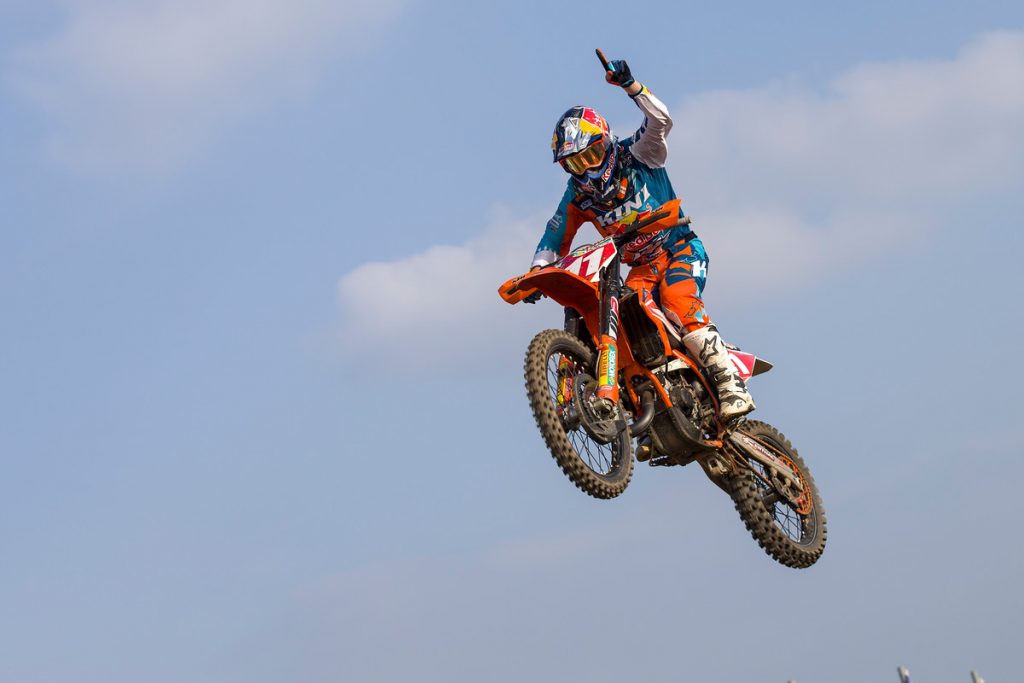 In 2017 quite a few bike racing fans almost witnessed the dream. When Andrea Dovizioso led and fought for the MotoGPTM crown the sport almost had the sight of an Italian rider victorious on an Italian machine. It is an endearing narrative that has escaped the FIM Motocross World Championship for decades; no Japanese, Swedish or Italian athlete has come close with a respective brand.

In fact, a ‘home hero achievement’ is something that KTM have been patiently waiting for in the principle class since Heinz Kinigadner in 1984 and 1985 (recent Dakar winner Matthias Walkner owned the now-defunct MX3 category in 2012). 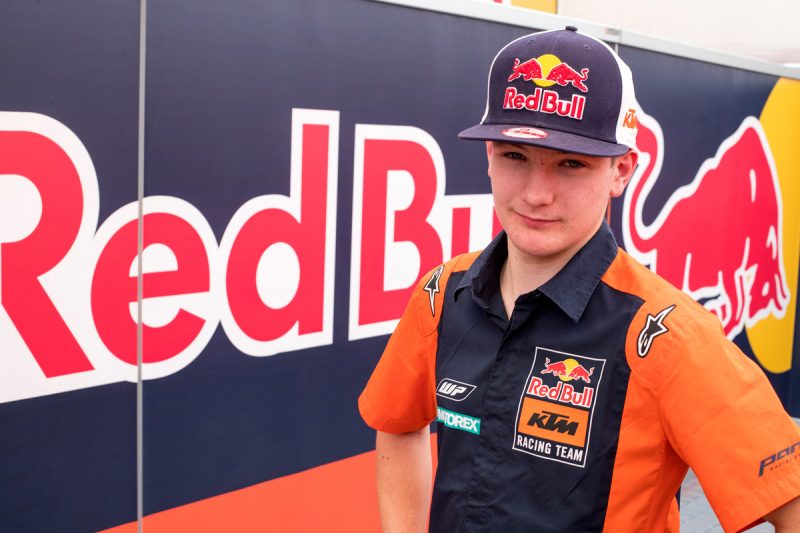 Although there are a number of elements that go into construction of a championship campaign – excellence, form, confidence, equipment and luck – Rene Hofer is promisingly poised to start that journey. The sixteen-year-old Austrian (and KTM Junior Team rider) has been the standout racer in the EMX125 European Championship this year. The series is the first of two rungs on the ladder to Grand Prix (EMX250 comes next) and the teenager is stamping his mark all over the competition in just his second campaign.

“When I started with Rene two and a half years ago he was a little kid on an 85 but already at that time I found out he is very strong in his head,” evaluates KTM Junior Team Manager and former racer Didi Lacher. “He doesn’t care if it is muddy, hot, cold: he delivers. That’s good for a kid his age because normally youngsters make a lot of mistakes. He is ‘there’ all the time.”

Hofer is no late bloomer. He was already on the outskirts of KTM’s radar as a youth and in 2016 scooped three titles with 85cc World and European Championship wins as well as the German ADAC Junior Cup. Now he is the clear leader of EMX125 – a eight-round contest run at MXGP Grands Prix – and celebrated his first overall victories this year. Although the path is fraught and motocross is typically unpredictable and harsh on even the purest ambitions there is a vibe of great hope around #11. “I think he has a really bright future,” says Lacher. “I only hope he stays healthy and goes step by step.” 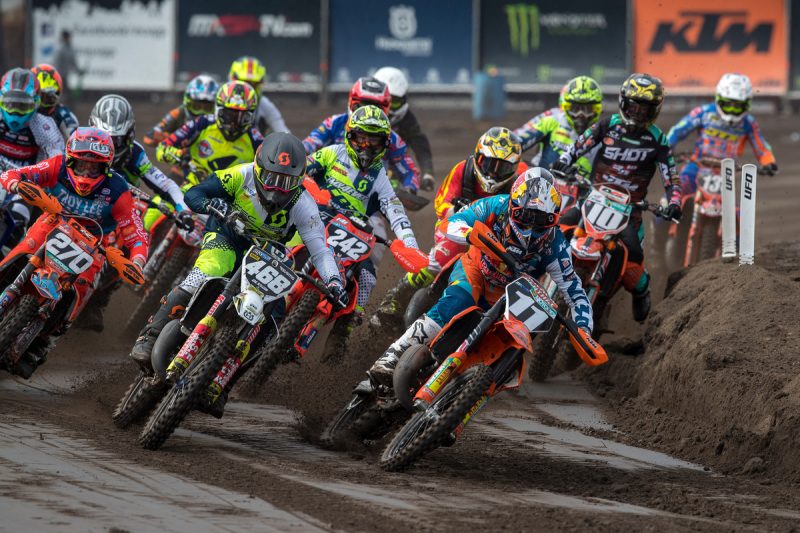 We asked for a rundown on Rene from the starlet himself …

Like many kids I have my Dad to blame!
“My father was racing motocross and quads and bought me a bike when I was three and a half years old. I started doing some little races when I was five and I basically grew up with the sport, moved through different bikes and now we are here. I was doing other things, like playing football … but motocross takes a lot of time to travel to races so it had to go. In my free time in the winter I do some skiing. That’s my hobby. I’m not doing any races on the snow but I have a pretty good level. As an Austrian you learn that quite early; almost everyone does it! My Dad and Didi give tips. My Dad stays quite calm and tries not to be over the top. I can imagine that is difficult as a father but he is very helpful and gives good motivation.” 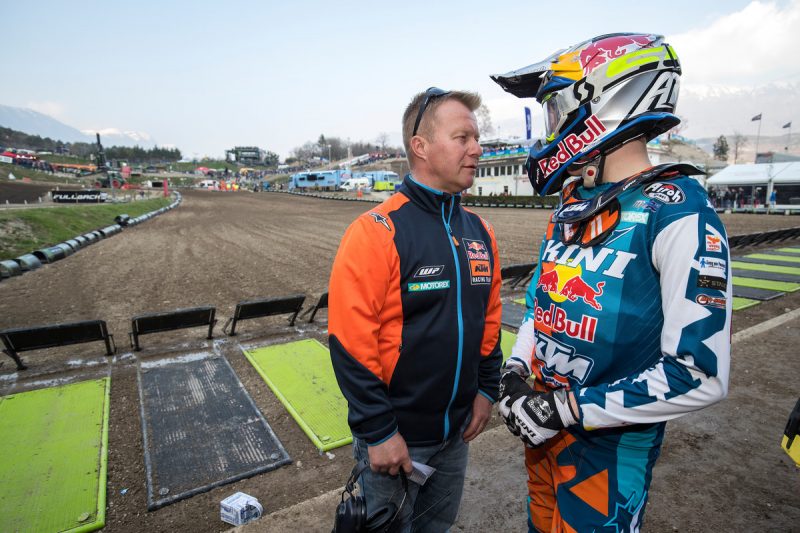 Motocross is not the biggest sport in my country … but I don’t mind.
“I’m from Upper Austria, Alberndof, near Linz. We don’t have many tracks around. The official KTM test track is an option but we don’t have any sand tracks so that means a lot of kilometers to find one! Austria is a beautiful country in my opinion and I’m proud to be from there. I don’t think it helps me that KTM is an Austrian company; it is a big international firm, and in the end it always comes down to making good results. If you ride well then you’ll have the chance.”

KTM found me … now I want to find all I can in KTM.
“In 2016 I got those three titles and was already coming under the KTM umbrella. When you know you have that support then it helps with the pressure because you know you’ll get the chance and the equipment to really do your best. It means you can start to think of the world championship in the future. I’m lucky that I was involved with KTM from a very young age. The help is first class. Didi is not only responsible for my riding but also the other things around. He has a lot of knowledge of the sport and that helps to keep improving.”

Pressure?
“I like that! It motivates me. Also, things like having a contract with Red Bull Austria. I can handle the attention.” 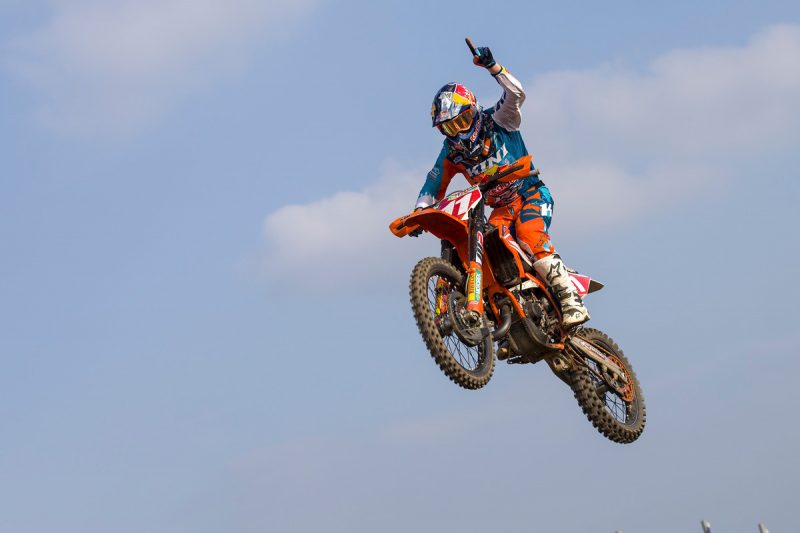 I’m learning … but I’m also still in school.
“And that means I really have to plan my days. It is still very difficult to have the time to go to the gym. Now I have a physical trainer and we try to do the best as we can around the school timetable. Sometimes I do the full school week but they support me very well and I get some free time. Of course, the grades have to be good to do that! But my marks are high and that means I can balance it all. In Austria we have to go to school until we are eighteen, so it will be challenging in the next few years. I’ll try to finish the studies but it will have to see how the racing progresses.”

EMX125 is pretty fierce competition … there are a lot of riders just trying to qualify.
“The level is really high. The whole of Europe is looking at EMX125 and it is the way to move up in the sport. It is not like domestic series’ where the French race in France, Italians in Italy; this is everybody and the best in Europe. It’s good for the young riders to be at MXGP. They can see – even touch – the future with the tracks and how rough they get; that is challenging for a young rider, especially the first season or so, but then they grow up with it.”

I’m already racing a KTM 250 SX-F as well …
“I first rode it last autumn, I’ve won an ADAC German Championship race and I’ve done some Austrian races so I’m getting used to it. We still have some issues to fix but I’m making progress with it. Next year I will be ready, maybe for EMX250. To be a GP rider is very exciting but it feels far away. Going further with KTM is exciting but I don’t have that much influence! That’s down to Didi and the plan the management have. I just have to do my best on the track and see how that plays out. It would be really challenging to jump into MX2. If we had a good winter it might be possible … but it is very far away.” 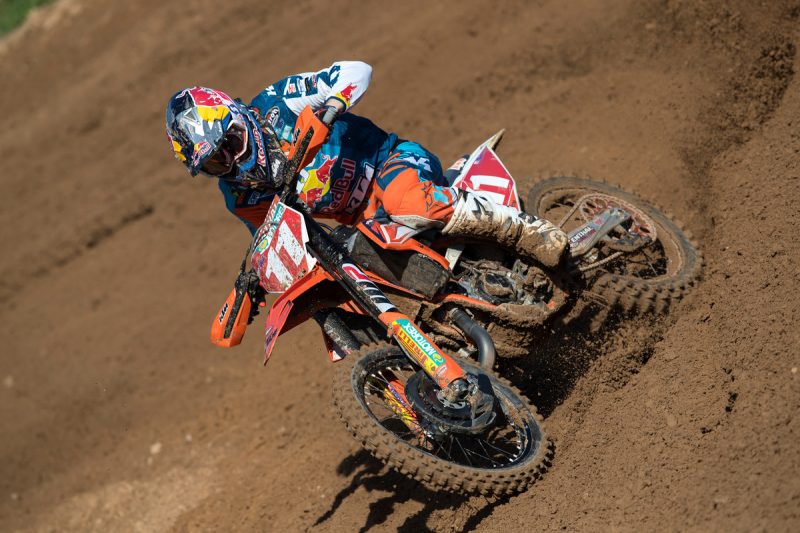 You cannot beat having confidence on your side.
“To win at a Grand Prix is ‘another feeling’. It is hard to describe how much it motivates for you for the next race. It is the total opposite to maybe having a bad weekend when it becomes hard to go to bed and you cannot wait for the next weekend to put it right. You start a new race on a different track. When you win it’s a new challenge, the same when you lose.”

The final word should perhaps come from the man that sees Hofer on a constant basis and is the principal guiding light. Didi Lacher may know Rene’s weaknesses well (“he still needs some consistency with his starts … although I have to say these are better on the 4-stroke compared to the 2-stroke”) but he also knows the ‘commodity’ that KTM, Red Bull and even Austria have on their hands.

“Rene’s strengths are his condition, his mentality and his family – nice, quiet and down-to-earth people – along with the support of KTM Motorsport. I think Austria will have a really good GP rider again. I think he has the potential to be at the front of the world championship. If he improves like he has in the last two years then that will be soon.” 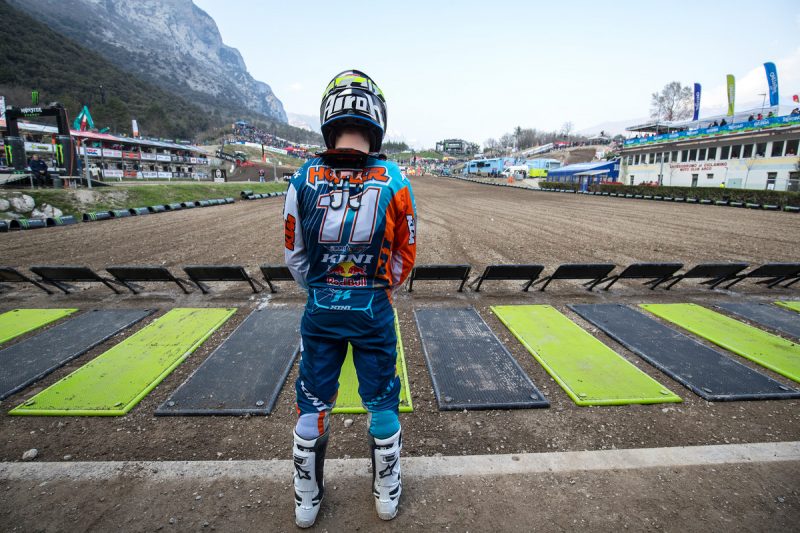 48 Responses to Interview of the Month: Rene Hofer – History on the horizon? A significant orange story in the making