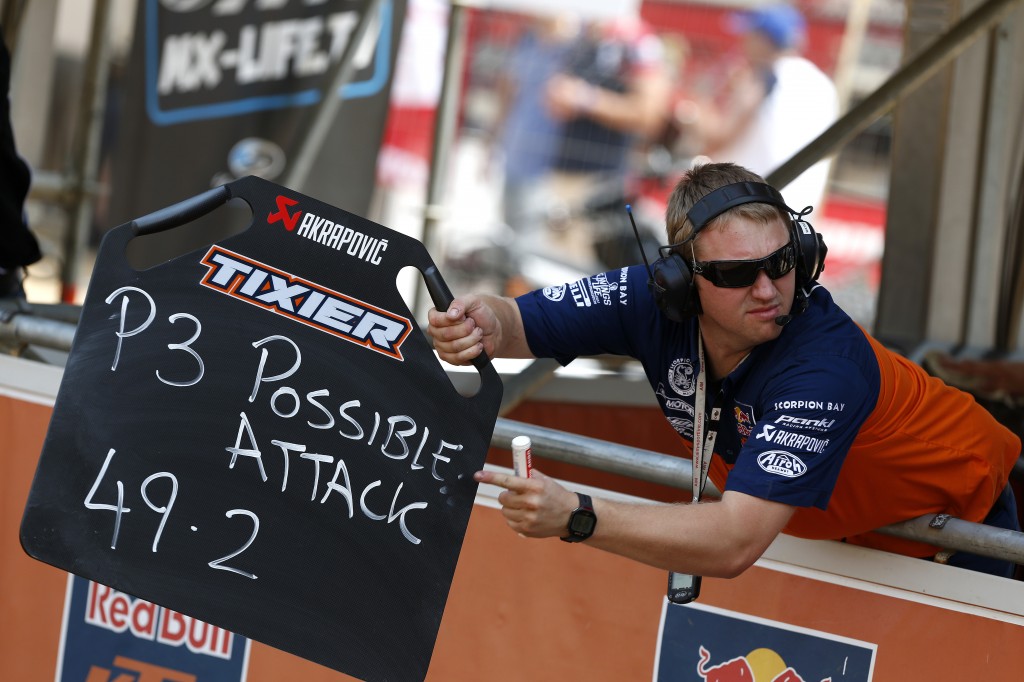 How can you get to the top? Wayne Banks lifts the lid on working in MXGP racing!

The 28 year old has been spannering for MX2 FIM World Championship runner-up Jordi Tixier for the past two seasons as part of the factory Red Bull KTM team and has been working in the Grand Prix paddock for five years. From our chat with the immensely friendly Australian and seeing his work up close: The core skills needed to be a mechanic at the very top become obvious; an easy personality, efficiency and dedication and resilience. We asked him a bit more about how he came to inhabit the workshop at Mattighofen and arrive to his position inside the dominant team of MXGP.

The core skills needed to be a mechanic at the very top become obvious; an easy personality, efficiency and dedication and resilience! 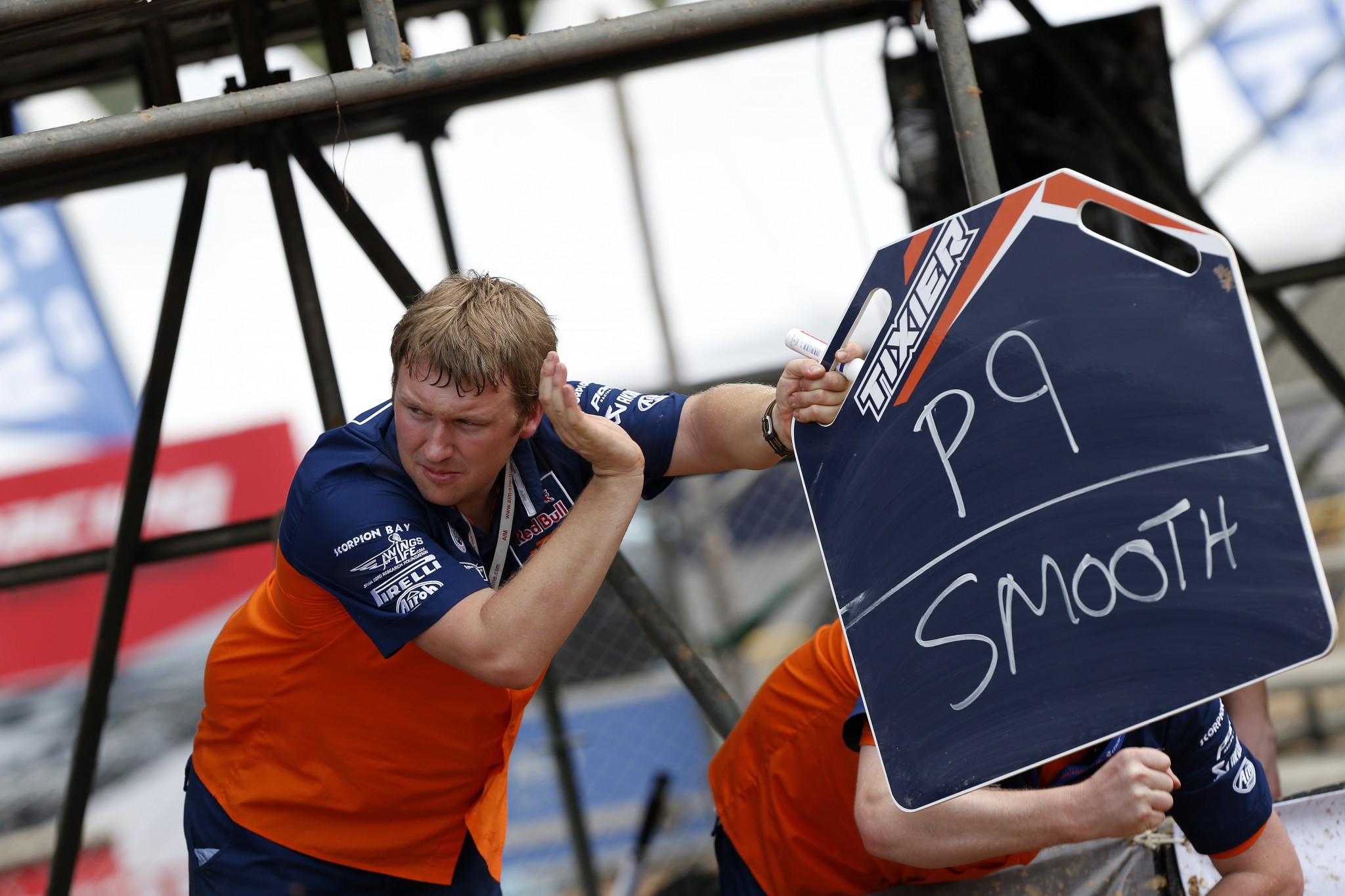 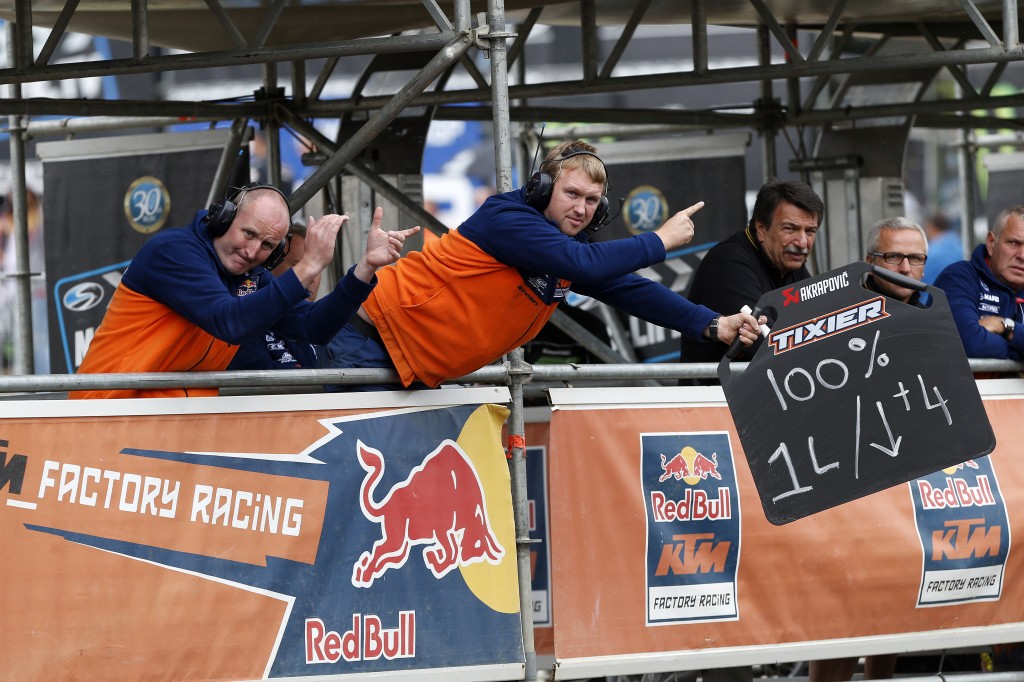 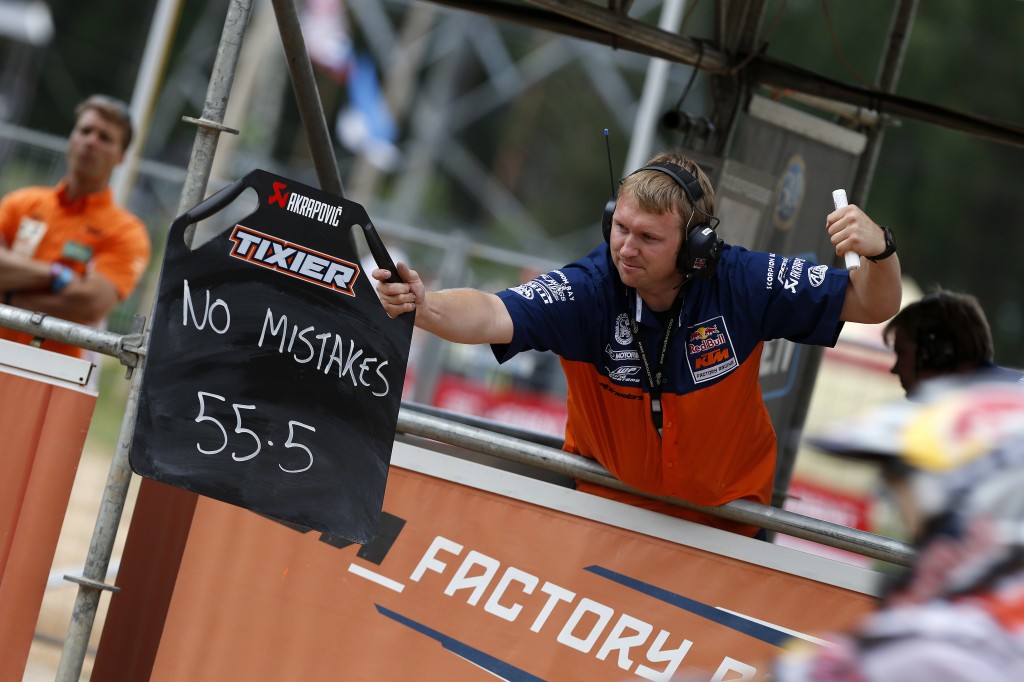 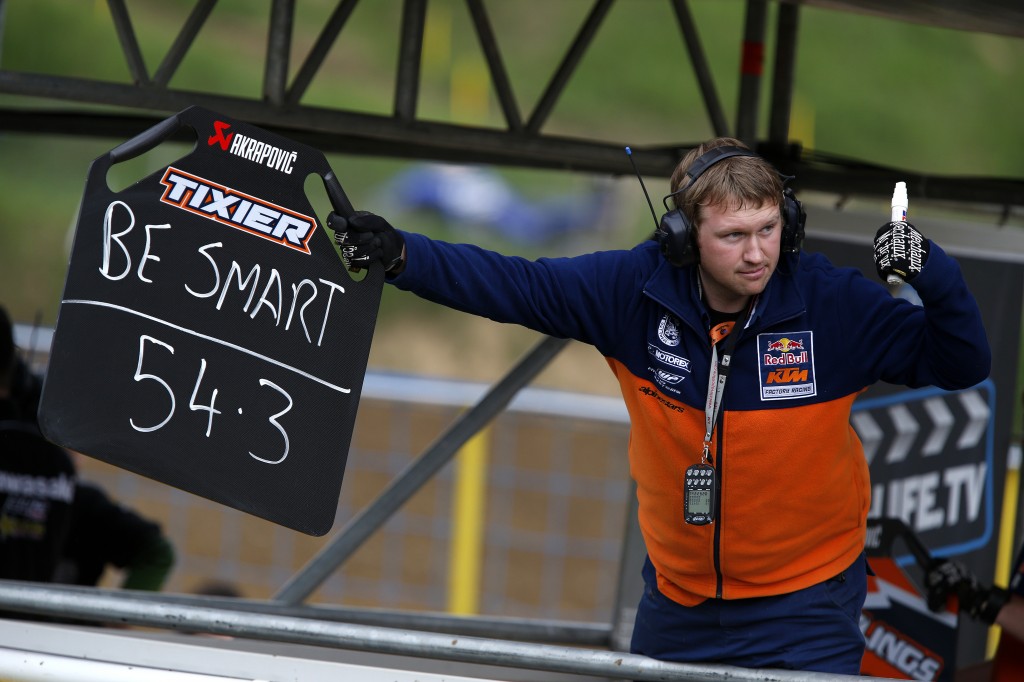 Wayne, how did you get here?
“There was an Australian mechanic in Europe working for a Honda Grand Prix team and I had been working for another Honda crew back home for two years. We had contact and there was a job opportunity here in Europe. I flew over and needed to settle in the first month because I had never been overseas before! It took a bit of time getting my visa for the UK so the team needed to employ someone else but the team manager was kind enough to ring around a few people for me and luckily enough Lisa Church and Molson Kawasaki needed a mechanic. I started working for Gautier Paulin in 2009 but then the team stopped.”

Must have been an unsettling time…
“It was a bit ‘arghh’ because we all got on so well and expected big things for the next year. Stephen Sword was on the team then and he went to KTM UK and I followed him. I stayed there for three years, working the last two for Jake Nicholls on the KTM 250 SX-F before coming to the factory set-up.”

Going back slightly how did you get the skills needed to be able to consider a career in racing?
“I was an apprentice at a local bike shop. My service manager was a racer beforehand and knew people as part of the scene. It was just luck and timing that I went for the interview and got the job. I personally believe it is better to come from the practical side of things and having done the hard work and gained that experience, although I can appreciate people who have studied and taken the time to get theory under their belt.”

“It was just luck and timing that I went for the interview and got the job.“

Working for a small or privateer team must be a liberating period for trying ideas and gaining knowledge…
“Your ideas on a privateer team are valuable and ‘front line’ let’s say. At KTM UK we had just two mechanics and an external engine tuner. On a factory team it is obviously a bit different. We get an engine handed to us and we build the bike and the same goes for the suspension. If we still have ideas then we are still free to make suggestions and sometimes those changes are made, like mods to certain parts and little cuts or holes here and there. I would think that all factory teams at Grand Prix work the same way. Suspension has become a specific field and so has engine management as well as chassis building, which is where I come in.” 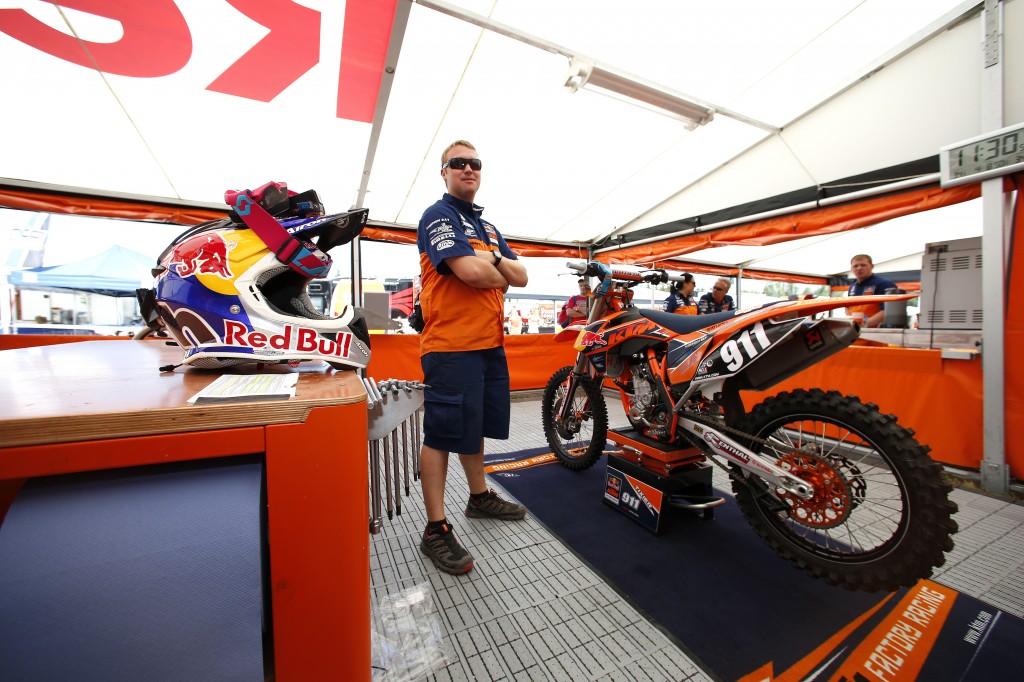 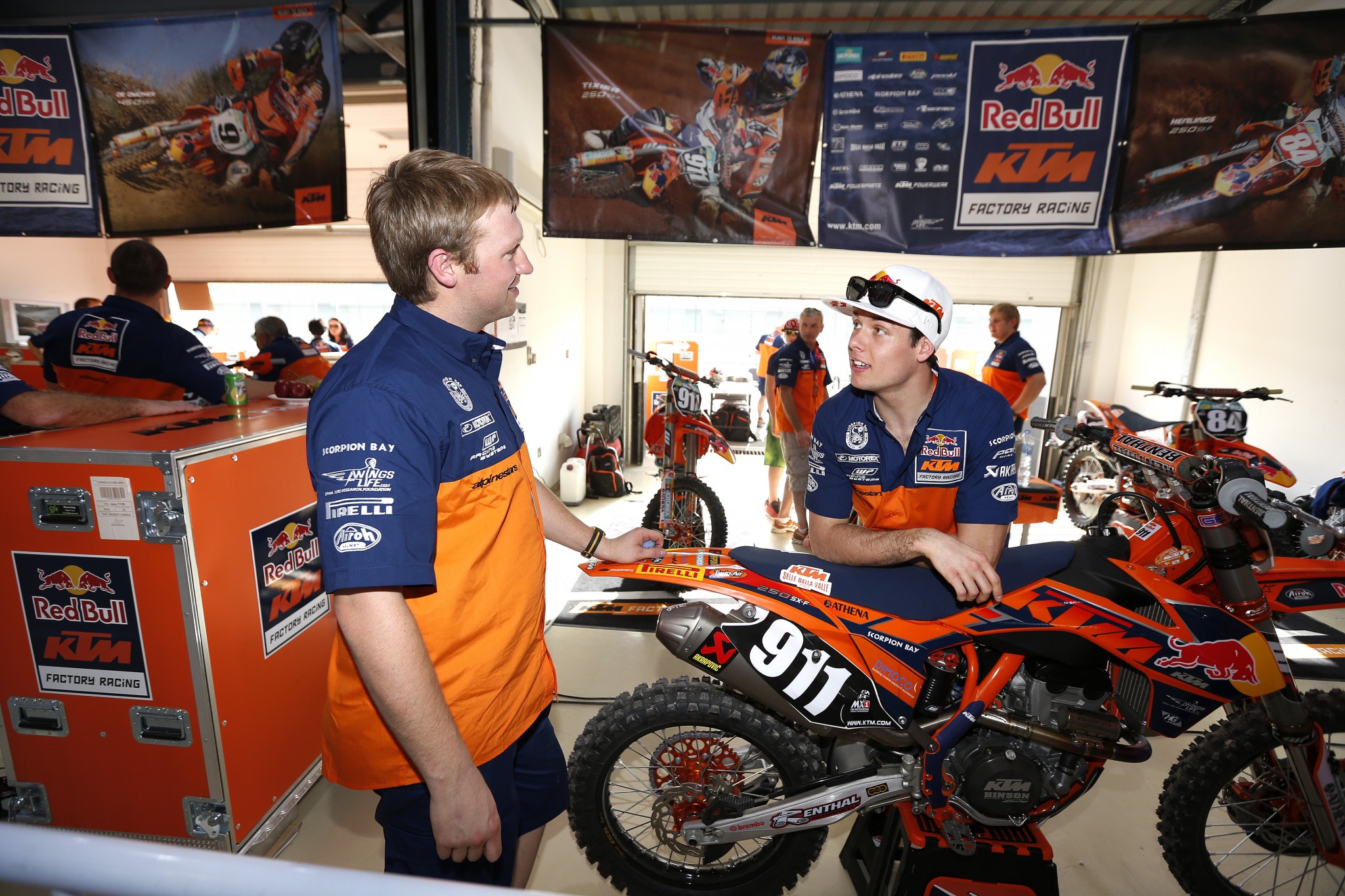 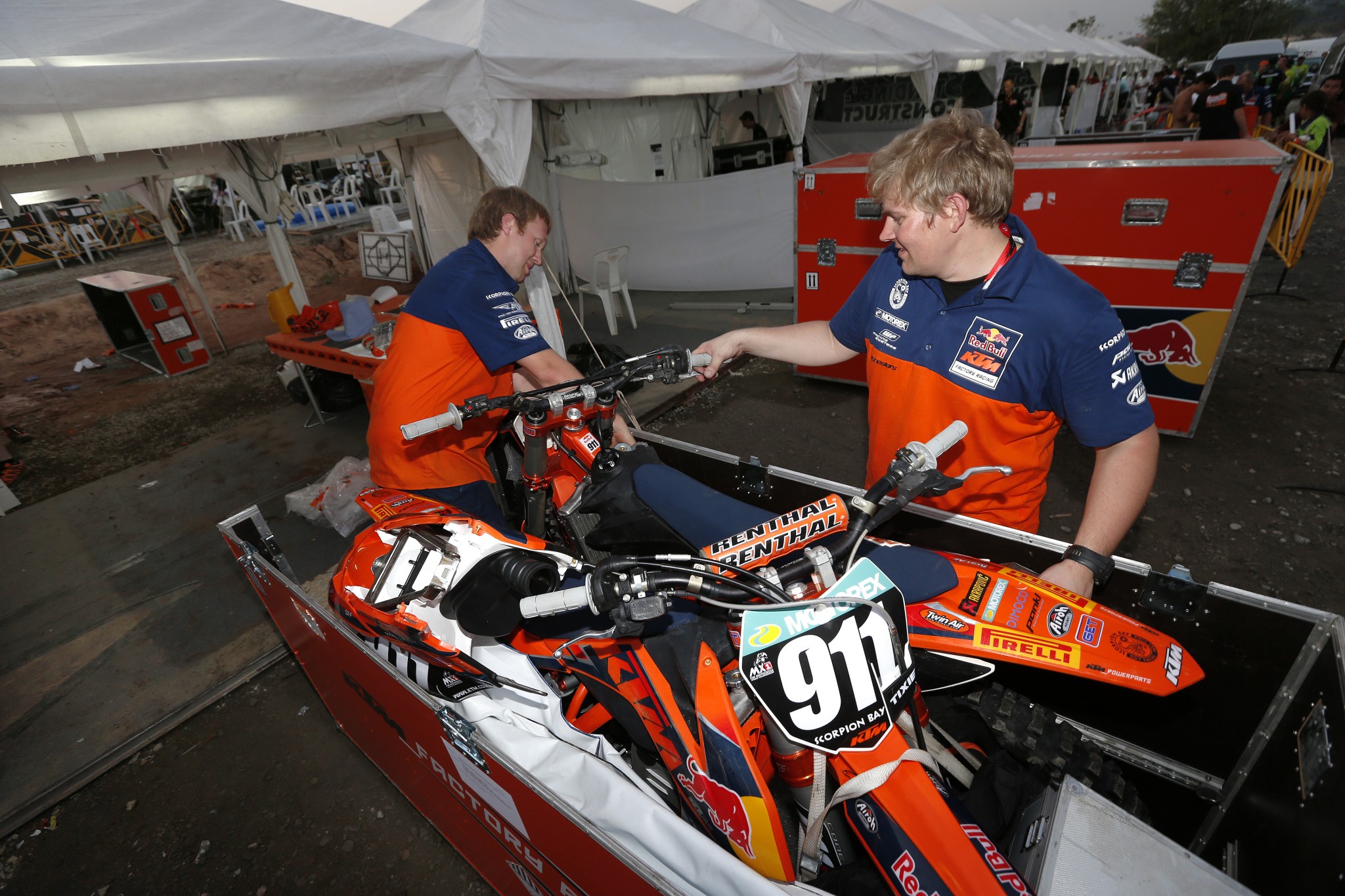 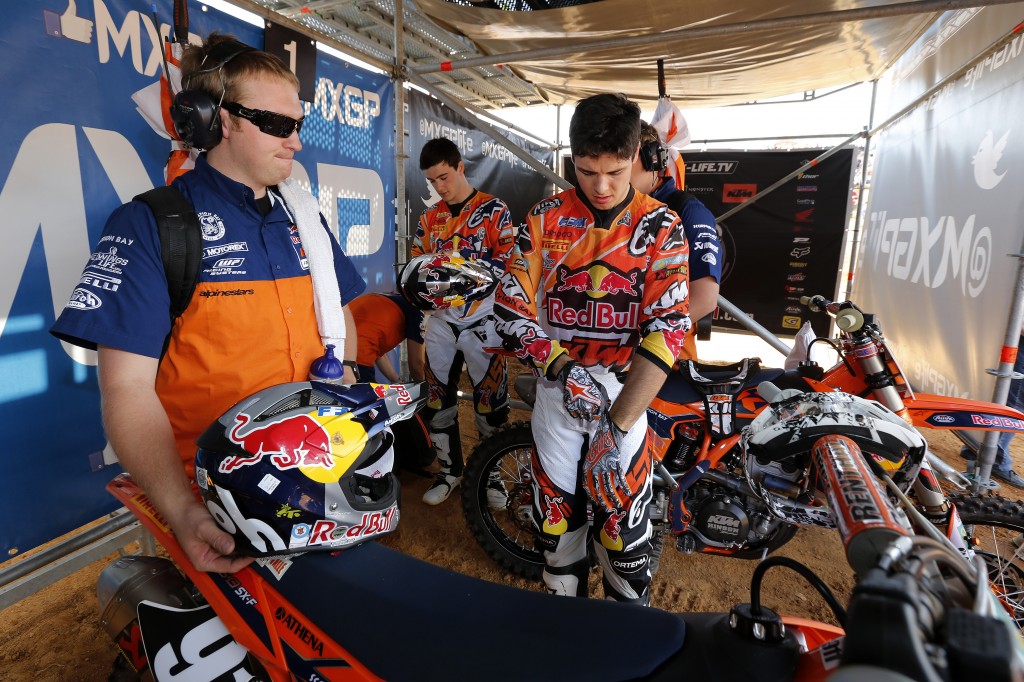 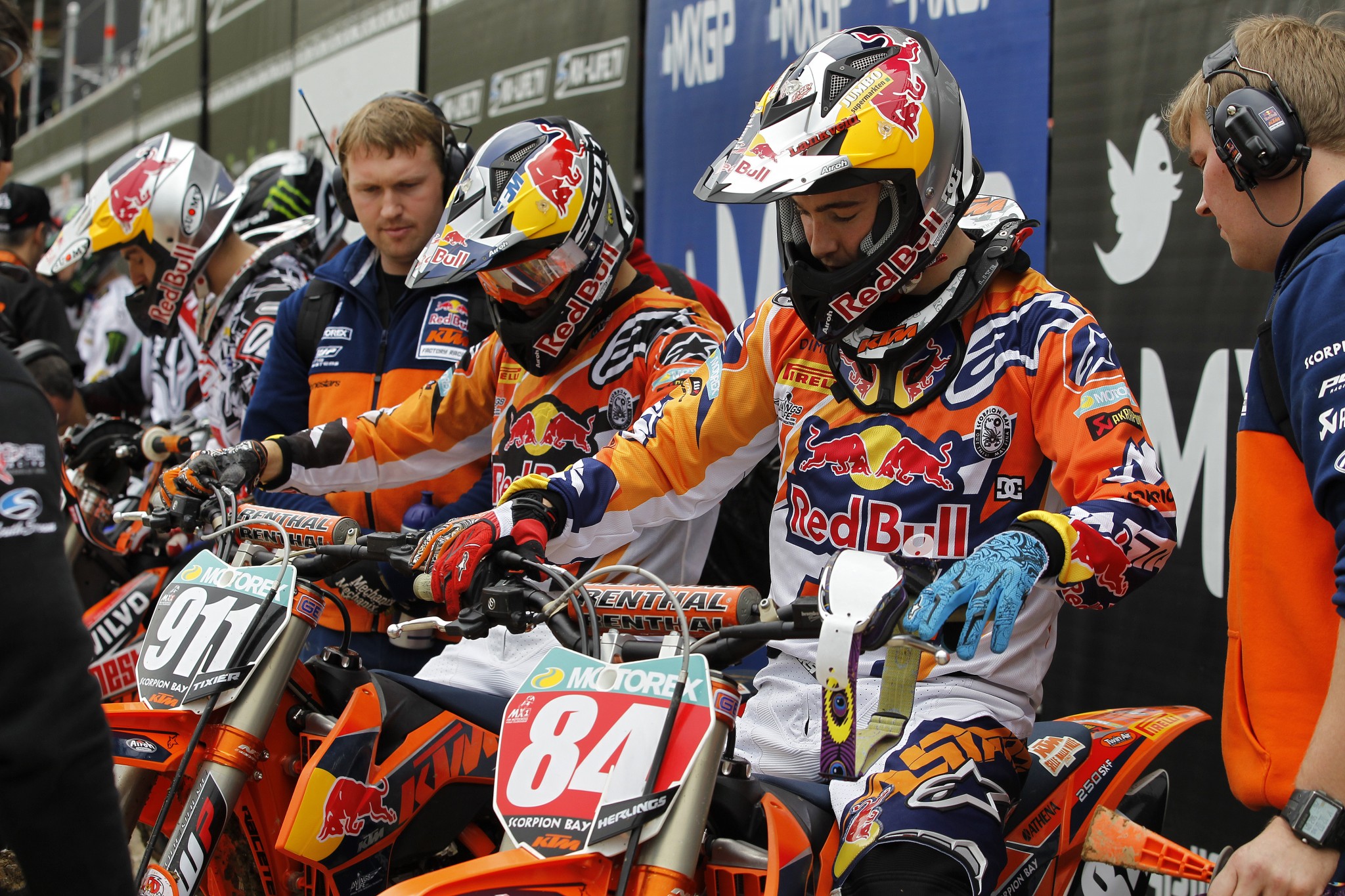 It seems personality is one of the key assets to being a successful mechanic. You need to fit into a close-knit team but also deal with the traits of different riders…
“True. You need to get on with all the team members because we spend so much time together. If you already have your foot in the door by working for a team in a paddock of a championship then you can pass your CV to a factory squad and they can get to know you, see how you interact and then for the other side of the job watch you work and see if you are doing stuff right and if you bike is nicely presented. I think that will catch their eye. Being easy-going and knowing what riders can be like helps sometimes, but to be honest I’ve been lucky to have good guys who have been great for me and I’ve tried to do my best for them also.”

Being a motocross mechanic appears more organic, personal and almost ‘basic’ compared to something overly technical like road racing…
“Compared to road racing…I guess it is more formulaic. After a crash you check the basics, like water and oil, subframe, the pipe, handlebars and the main things that might be bent or broken. In road racing I suppose an ‘off’ can normally wreck a complete bike. Motocross is a bit more ‘hardy’ and we do change parts but nowhere near as many I imagine.”

“Compared to road racing…I guess it is more formulaic. After a crash you check the basics, like water and oil, subframe, the pipe, handlebars and the main things that might be bent or broken.

Is there a career path a mechanic or technically minded person could follow in racing? What is important for making the next steps?
“I think there is a career ladder. The people that you know are crucial and it means that you can find out where and when opportunities will come up. When you get to factory level then usually it is a small group and you have to wait for a gap to appear and then decide if it is the best move for you. Some teams change mechanics quite frequently whereas others really take atmosphere, personalities and working relationships into account and the staffing remains regular for quite a few years. Originally I actually wanted to be in MotoGP! However a job opportunity arose in motocross and I made it my own. Hearing some stories about how it works in road racing I’m really happy with my decision and I’m really happy with my place. This is a team that you dream of being on because of the championships they’ve won and the people that are here. I cannot ask for any more.”

“This is a team that you dream of being on because of the championships they’ve won and the people that are here. I cannot ask for any more.”