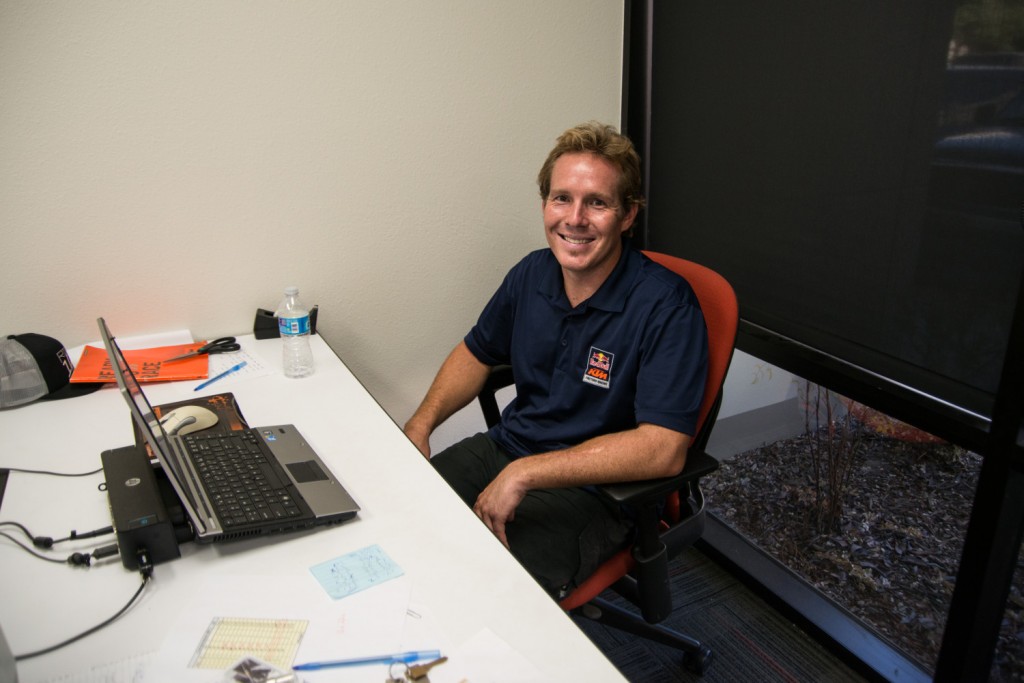 Being the R&D Manager at KTM North America is an incredibly important task, but one that Casey Lytle has grabbed with both hands and influenced with his years of experience. A former professional rider, test rider, and team manager, Lytle is well known in the industry. Now into his second year in his current role, during which time we’ve seen the latest edition of the SX range released, we caught up with Casey to get a take on all things R&D. 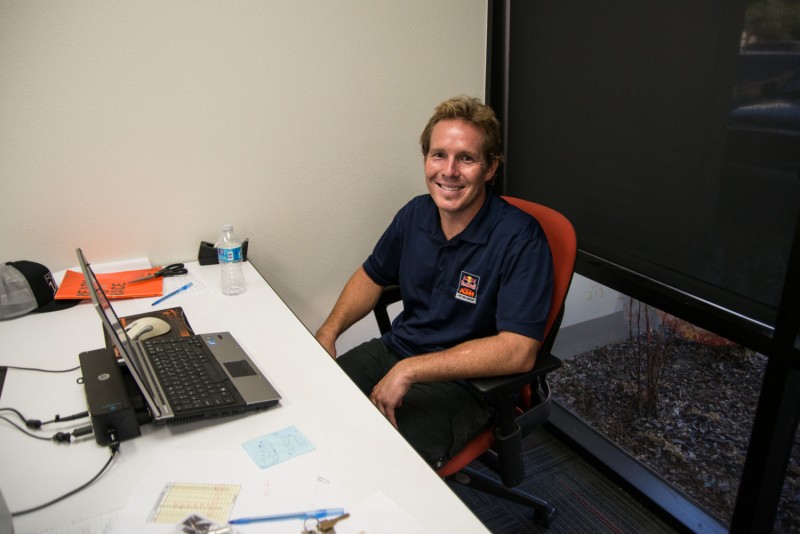 Talking about his background Casey talks of how he started as a professional rider from 1996 to 2003, when he took on the role as a KTM test rider. Since then he’s had a few different roles, but the former racer now sits in the R&D department in Murrieta, California and heads the communication between the US and Austria on developing bikes.

“I started as a test rider for the race team in 2003, and I was involved in this for a few years. In 2006 Larry Brooks left and I became like an interim team manager for 2006 through the MDK era until around 2008 and then I got moved to customer service due to some cut backs. In 2010 when Tommy Searle was on the team with Mike Alessi, I was the manager then, and then I worked in the race team until Roger De Coster came on board. I was team coordinator all the way through 2013, and then moved over to R&D to be the R&D Manager in the US.”

With the demand for championship titles in the US to make KTM accepted as a worldwide great of offroad, relations between the factory in Mattighofen, Austria and its US headquarters have been stronger than ever, which has also seen the R&D facility in the US grow. The main reason for this is to ensure that the bikes that are developed for the SX range work well in Europe on the rougher, bumpier tracks, as well as on the faster terrain found in the US, and of course in the notoriously tough Supercross championship.

“We have finished our 2017 SX test back in September, and we communicate up-to this point with hardware ideas they have, and the ideas we have, plus the feedback from our side. We spend a lot of time preparing for the test, and then for the final test we finalize all the suspension settings for the SX models that will be on the production bike. We are in constant communication with R&D at headquarters, talking settings, hardware ideas and so on.”

“After that test we have the XC final test, and we go back East for that to North Carolina, to where the GNCC type terrain, as the conditions we have here are okay but not ideal. We do that to ensure we get the best setting for that bike too.” 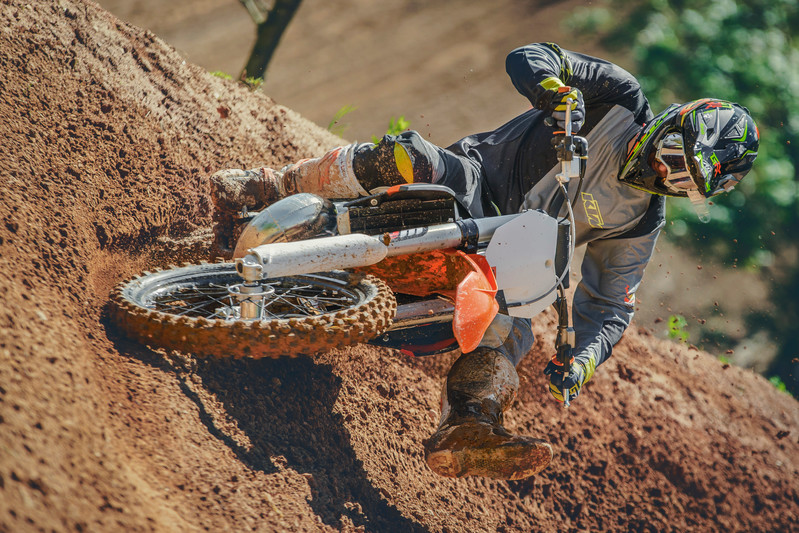 The strength of the combined work from the US development team and the brains in the ever-expanding R&D department in Austria along with WP cannot be denied, as this year KTM took its first AMA 450 Supercross World Championship title and another AMA 450 Outdoor MX title. Casey explains the process for development with combined input is getting better and better.

“We spend a lot of time going back and forth. There was always a US setting, and a Europe setting, as the tracks are different and stuff like that, but the process is definitely getting better and better. We do a lot of testing and do as much as we can to try and find what the general public would like from the slow guy to the fast guy at the local tracks, and we give all of our feedback back to KTM in Austria and WP. They try our stuff, we try their stuff, as we would try to find what works best for us, but there’s a lot of communication and feedback back and forth. For the hardware parts we usually find something that everybody likes.”

It must be amazing to see the hard work come to fruition, and the feedback it generates; Casey explains the progression for the SX MY2016 has been amazing.

“Sometimes we go to the magazine shootouts to assist the media guys and hear their feedback first hand. We have a lot of experience with the bikes and settings, having worked on them for a couple of years and I think it’s really good. The 2016 model line-up has been nothing short of amazing and a giant step forward. It’s not that anything before it was bad, but it’s just KTM keeps progressing and quicker than any other manufacturer at this point.”

But, how do you start to develop an old bike? The old product is good, and you’ve got to think through every single part and look at how it can be better with a new concept, new materials … It got our head scratching, but Casey explains the process.

“So the 2016 model range started before I came over to R&D. They had some frames with inserts that would change the geometry of the bike, and they would mess with footpeg position and so on. They would work on it in Europe and send us what they like, then we’d try and confirm what we like; it’s common that we like the same things. It’s mainly the suspension setting where we like something different and that makes sense, as the tracks are less prepared in Europe than here, where the tracks are a lot faster and smoother. As things progressed we’d get an updated frame, and we’d try it out.”

“After a while we had a bike with the new geometry but with the old look, so we could ride it without prying eyes. It was exciting when we started to ride the new bikes and didn’t want to ride the old one anymore! They are better, and it makes the bad characters of the old bikes stand out a little more, even if before they were hardly noticeable. I try to ride as much as I can, although it’s often in spurts, so I ride a lot for a while and then not so much, but we have a variety of riders we put on the bike.” 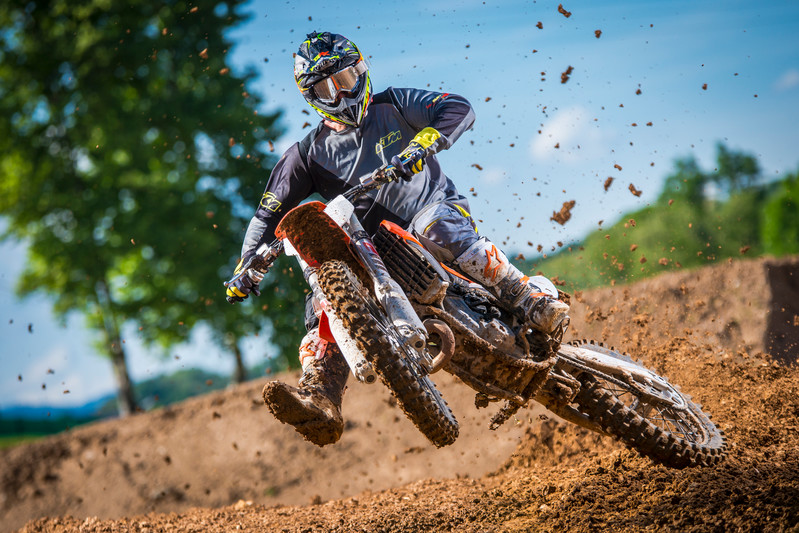 SX MY2016 was Casey’s first big project, but he is enjoying the role and relishing in the opportunity to make a difference. He’s a motorcycle man through and through, and when you step into the R&D workshop he’s often found with his hands dirty servicing or changing a shock, or working on the bikes.

“The best thing about my job is being involved with motorcycles, as it’s what I’ve grown up doing. I guess I didn’t expect to end up in R&D, as I’m more of a technical guy who likes to have his hands dirty seeing things change rather than sitting behind a desk, but I feel like I can be involved and see things progress.”

“I don’t get involved so much with the race team now, but I still talk to Roger to see what they are doing and any issues they may have. They also do a final test on the bikes to make sure they are happy with the direction, especially as with the production rule in the US they race on whatever we produce. A select few riders get involved in the overall process, but not too many because when they’ve ridden something that’s better they tend to not want to go back!” 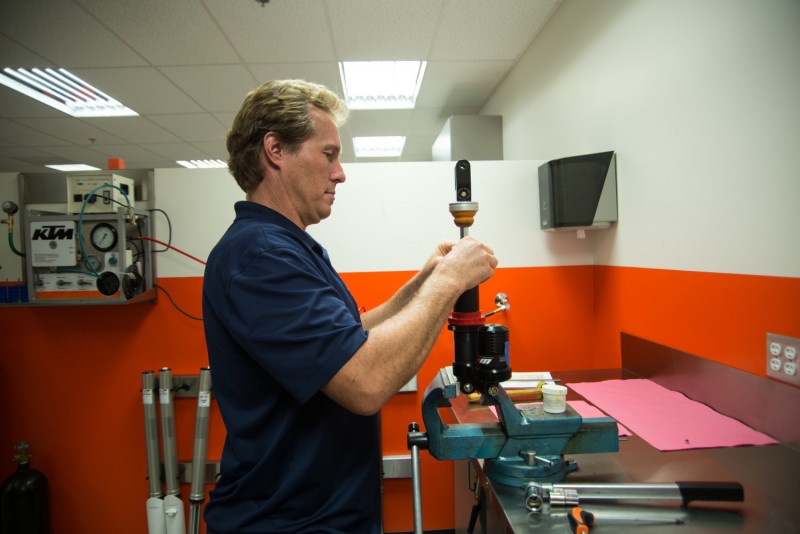 As with every job there’s difficult parts, and the pressure of ensuring it’s the very best it can be, so with the whole offroad world sat patiently waiting to judge KTM’s latest offering, there’s a lot at stake. However, with the combined experience of Casey and his global colleagues it’s a fruitful task, especially when this latest model range reached the market and was a resounding success, while also winning championships.

“Probably the most difficult thing is the final test as far as pressure and stress. You have two weeks to come up with the very best settings, and at the highest level before the product goes to market. In the first year I didn’t know what to expect, which was tough, but this year we did so much testing – a minimum of three days a week – until the final test, and it felt like we came in and knew what we had and the options we had were right there. It couldn’t have been any better than what we had.”