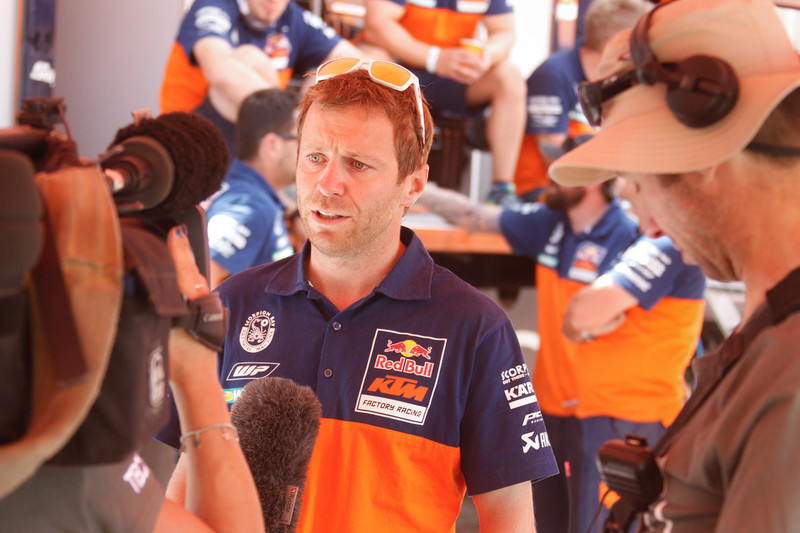 With the Dakar heading into its final stages we reflect on the comments made by the Red Bull KTM Rally Factory Racing Team Technical Manager, Stefan Huber, who gave us his inside line right before the race began. It was a busy build up, but with things in full swing and Price leading the KTM campaign at present, it’s interesting to look at his predictions coming into the race. 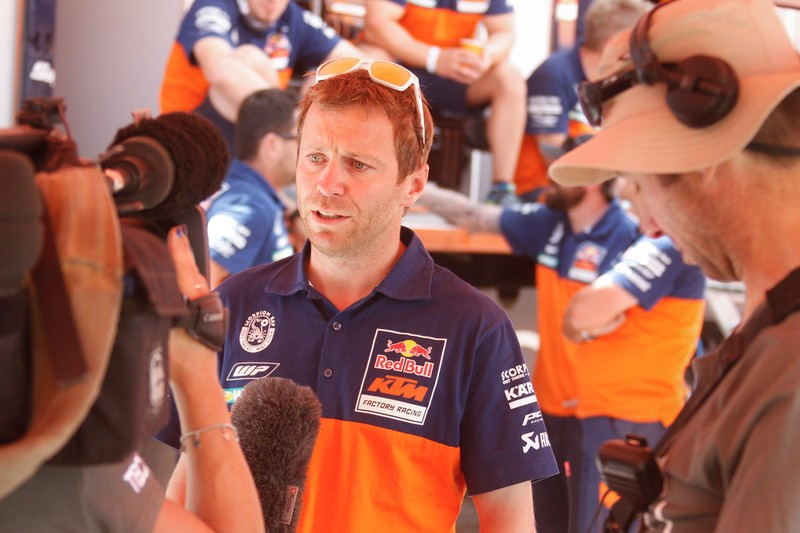 “November was a really busy time for us. We did a lot of preparation and we plan ahead from the summer, so into December things were calmer. We had a final roadbook training in Morocco, which was really cool, and then we tried to relax a little for Christmas. It’s really difficult to switch off because there’s always news about the stages, weather forecasts and so on. It’s important to rest and have quiet time with the family, but it’s really not easy,” explained Huber.

From the outside the KTM 450 RALLY factory bike hasn’t changed all that much, but the team is continuously testing to make improvements and prepare for the surprises Dakar may have to offer in 2016.

“We made some changes on the suspension and set-up on the engine for altitude as there’s a lot of high altitude riding at the Dakar. We tested some new things and the riders were happy coming into the race. With the rider side everyone trained a little differently. It is possible to simulate altitude so they can train there with the mask, and also do things like Matthias (Walkner) who went skiing in the mountains. Just being in the altitude is already good for the body.” 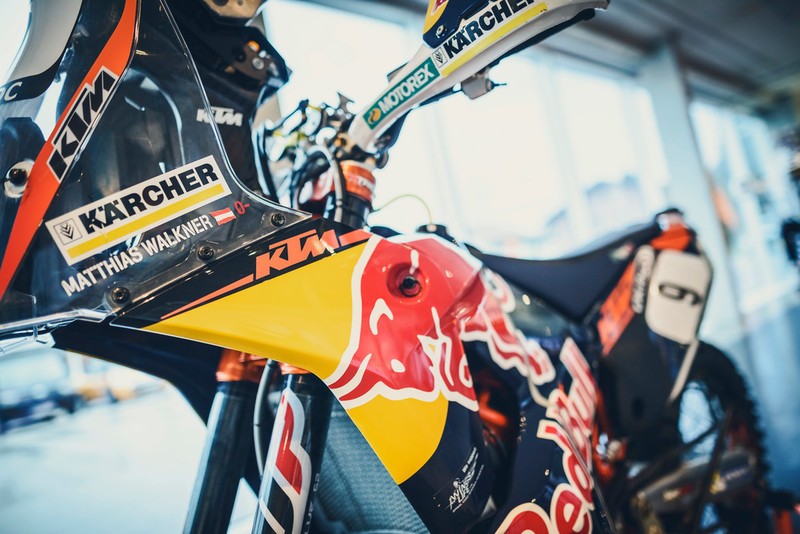 It’s a new era of winners in the Dakar after 10 years of domination from Marc Coma and Cyril Despres. It’s clear that many riders see this as a fresh opportunity for success, but it’s also exciting and new motivation for the team.

“It’s exciting. With Marc you always knew he would be there. We have many riders, but who can be there, or who is losing time every day, we don’t know. Who is going to survive from the young generation, isn’t clear. Obviously we have Jordi Viladoms who has a lot of experience, but with the likes of Toby (Price) and Matthias, it is only the second Dakar. Matthias didn’t finish the full two weeks last year, so there are a lot of question marks. However, the riders are fit and well prepared, as is the team. If they don’t get speed penalties or miss waypoints from the speed, we will have some very fast riders.”

“With Laia (Sanz) the goal is of course for her to finish in the top 10. There is a young generation coming and the level is ever-increasing, with a higher danger level, although we don’t want to talk about that. Laia is very focused and motivated, it will for sure be a great race for her.” 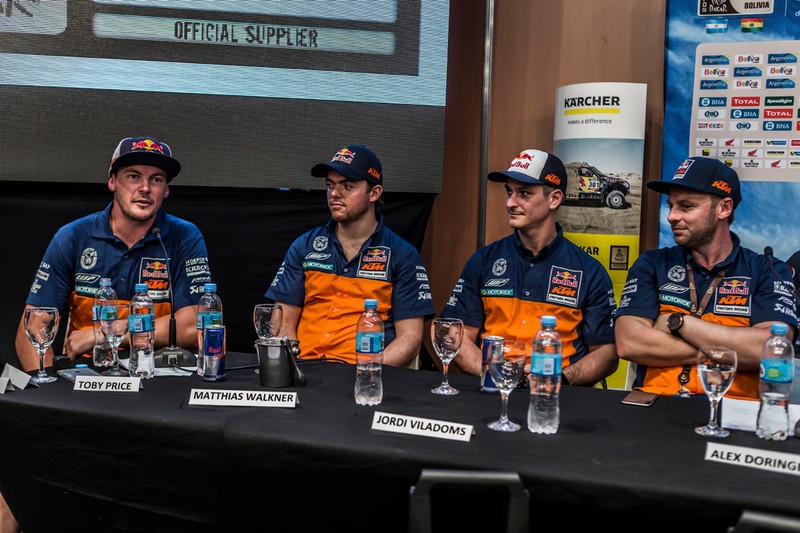 Leading up to the race for sure it will be difficult for the team to relax and no real downtime during the Christmas period as they look forward to the race. Stefan explains that takes place as the Rally begins.

“I arrive on the 29th of December. We collect the bikes, trucks and everything from the port, and then we go to Buenos Aires to prepare the bikes, followed by a quick test. On the 31st we prepare the motorhomes and get everything ready, then on the 1st is scrutineering. Then on the 2nd it’s the podium and prologue and off we go from there. Everyone in the team has been there long enough to know how to prepare. Everyone gets nervous, and listening to all the comments about what might or might not happen, and some phone calls from home. You cannot change it, and to prepare not to have problems is the main thing. We try to stay calm.” 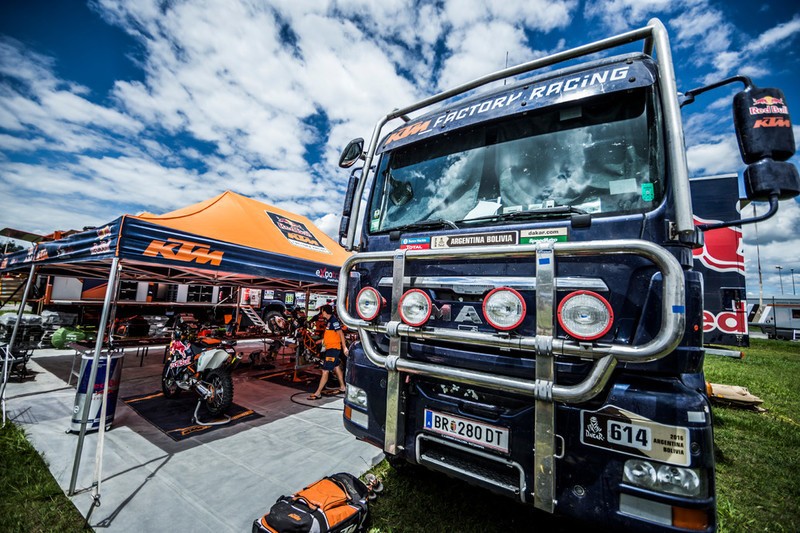 It was a major blow that Sam Sunderland would not race the Dakar due to the broken femur and collarbone he sustained in the Merzouga Rally. Sam would have probably been a podium contender, but Stefan says it was the right decision for him to stay home.

“From what I’ve seen and heard from Alex (Doringer) and Sam, it was definitely the right decision not to go. Maybe he felt good enough to do one stage, then the second day it’s painful and he could destroy the leg for a lot longer, and miss the whole year. He tried very hard to come back in time, but the Dakar is a tough, tough race; he will get another opportunity and he’s a really fit guy. For us he was a possible podium contender and he’s been strong last year, so it’s a big blow, but we have to be sensible.”

Five-time Enduro World Champion Antoine Meo of France will join the fray this year. He’s not competed in many Rallies, but he and all of the team have really been working very hard to be prepared. The Frenchman has so far won one stage, finished in the top three on another stage and has only once been out of the top 10 going into Stage 10 – the decision to bring him rally racing has certainly been confirmed as the right one.

“From a riding point of view Antoine doesn’t have a problem with the speed, that’s one thing we know. With his trainer he’s worked really hard on the road book training in France, and in Morocco with us. He made some good steps and is analyzing his mistakes. He’s working very professionally to learn the ropes. It’s his first Dakar, and like always, one small mistake can put you a long behind with a penalty or missed waypoint. It’s harder with the three minutes start order for the first ten, and everybody has to navigate more rather than following the dust.”

“With Matthias, he has been working hard for his success. He’s been working with his trainer and he’s really focused, so he’s arriving a different guy from last year and he’s pushing really hard. He won the world championship, and if he can reach the end of the race we believe he should be in a good position. Then there’s Toby Price who finished on the podium last year at his first attempt. Toby was riding easy last year; when you look at the images, he was not pushing. When you see him in testing he’s just so fast, so it’s clear the speed can be even higher. He hasn’t done many Rallies, but he’s working hard in the races, as there’s not much structure in Australia for road book training. Everybody also went to do a little training with Jordi in Spain, who has been a big help for them, we have a good team.” 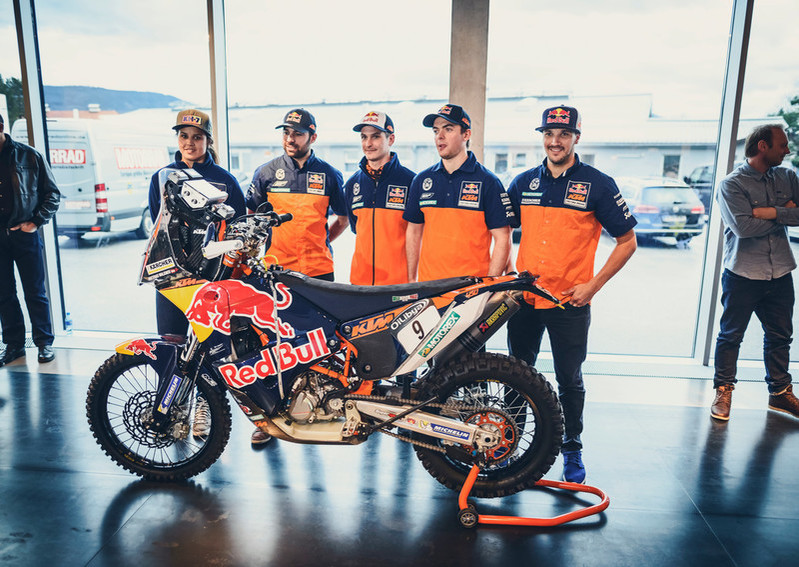 Unfortunately Walkner crashed out of stage seven of the race sustaining a broken femur, despite being in contention for the lead. He has undergone surgery and will be returning home soon, which clearly demonstrates that Dakar can catch out the very best.

The competition and challenges will be as tough as ever in 2016, so we asked Stefan who he thought would be the biggest threat prior to the race beginning.

“For sure Joan Barreda and Paulo Gonçalves will be strong, Helder Rodrigues on the Yamaha and the two Shercos will be good, so there’s a lot of competition if these guys don’t make mistakes. The era of Despres and Coma is done, so everyone wants it bad. Gonçalves finished second last year, has a lot of experience and is always there. It’s going to be a tough battle. We also know there will be a lot of thunderstorms and weather problems. Even in the salt lake that was such a problem last year, we have prepared well, but it’s impossible to keep the electronics clear of the saltwater. It will not be an easy race,” concluded Huber.

More Information about the Dakar Rally 2016 can be found here.