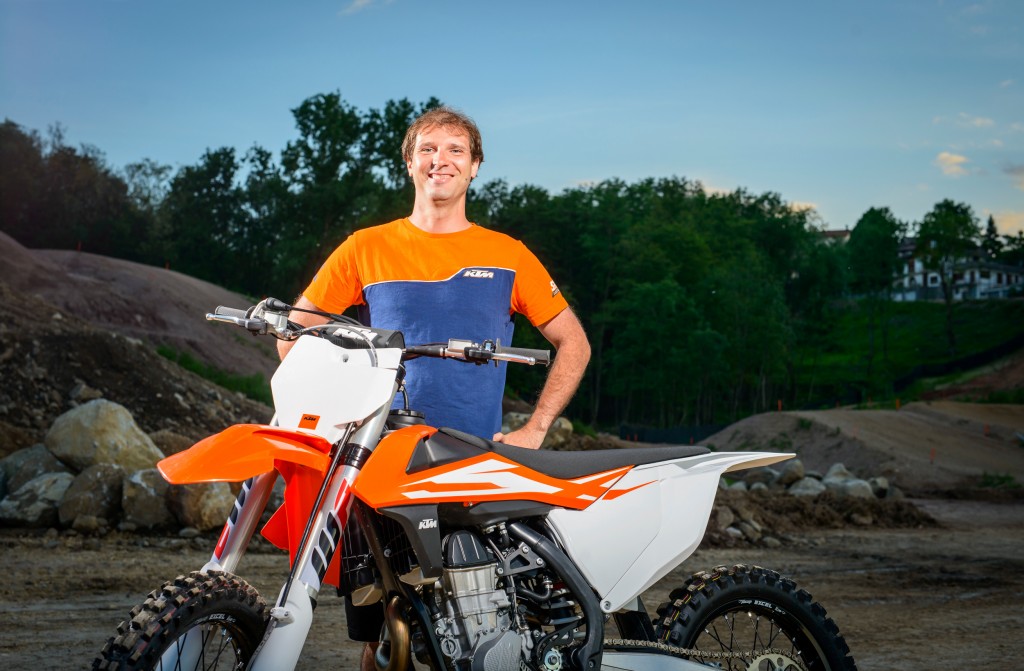 Interview of the Month: How to develop a new generation – KTM R&D´s Manfred Edlinger talks about SX MY16

This week sees the introduction of a whole new generation of KTM SX models, and with it years of experience, work, information, testing, research and development. A brand new chassis, with a new engine that incorporates a completely new architecture, plus the all-new WP AER 48 front fork system and a new shock from WP means the 2016 models are lighter, faster and more agile than ever before.

The KTM BLOG talk to Manfred Edlinger, project leader for chassis development on all motocross models, about the starting point of the project, the influences on its direction and the outcome. 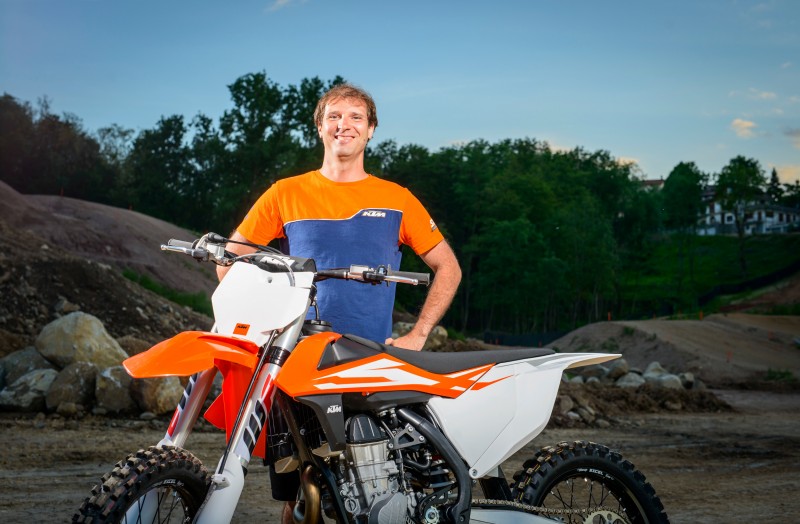 Having worked at KTM since 2002, Manfred has worked with numerous generations of offroad motorcycles and today heads the direction of the chassis design. In 2012 the project began for the serial bikes being released this week and the goal was to make the range more agile and lighter, without losing its straight-line stability.

“We started this project in the beginning of 2012 where we collected the first ideas, set some targets that we went through for the period of a year. At the end of 2012 we already had a rough plan and then it was another two years to finalize everything to bring it into production.”

“The starting point for a new generation is all about experience. We (the R&D team) collect all the information, we have a really, really close relationship with the factory teams in Europe and US Supercross, along with our test riders. There’s also information from the magazine tests, and we collect all this information and try to make an overall picture of where we are with our current bike so we know how and where we have to improve.”

With such an in-depth planned change some would think it could be difficult to know where to start and which point the development surrounds – suspension, chassis, engine and so on – but Manfred explains everything basically evolves together.

“We start with an overall concept, where we put our heads together with the engine guys, and we start more or less in the middle of the bike, at where the crankshaft is turning and giving gyroscopic forces, which influences the riding behavior. Then we try to find the best place for the crank to be and then the engine guys have to design the engine around that. Then it comes back to the chassis department to continue with the engine package and try to do the packaging around the engine.” 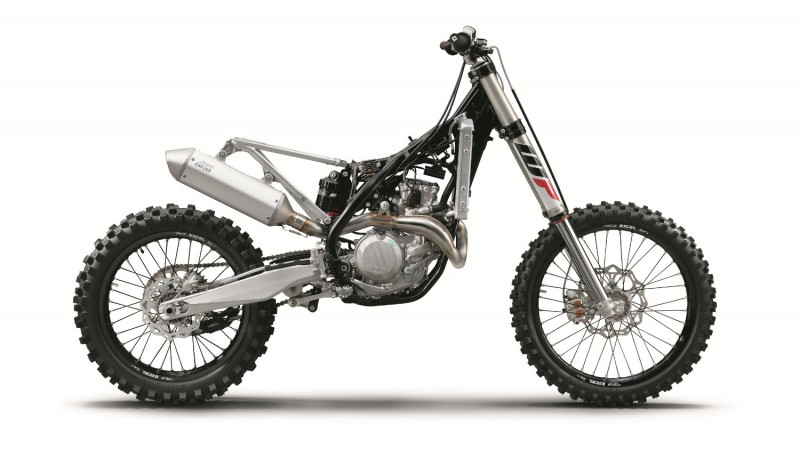 These developments also have to consider the different engine displacements as the KTM range is huge with 125cc to 250cc 2-stroke engines plus 250cc to 450cc 4-stroke engines, whereas some competitors create new chassis for each different model. KTM believes in having a platform for all of its bikes without any compromises, and solutions for each capacity.

To facilitate a good development process there needs to be the use of high-tech equipment and KTM boasts an expanding, yet highly modern R&D facility in Mattighofen, Austria. Manfred explains there are test benches for each area of the bike, such as one for finding the center of gravity, computer simulation and CFP programs with partner company KTM Technologies.

Going back to the bike it’s difficult to imagine having to completely revise a range that is already dominating world championships, achieving good sales figures and enjoying so much success from amateur level upwards. However, the MY16 really is the next step with a massive improvement, particularly with the weight of the bike.

“All of our work has resulted in a really easy to handle bike, which was our goal. It has easy handling, but we wanted it to be safe for really fast riders when they’re pushing, although on the other hand it also needs to be good for a normal customer level rider like myself. We also want it to be safe in every situation when you’re struggling with the track or yourself. That goal is one I’m proud we have reached.”

“It’s always a challenge to find that balance between a novice rider and a professional, but it all depends on the testing. We have a number of average test riders. We start with a low level of rider like myself, but we always push with the prototype and do some races with some hidden parts to ensure the bike also works in the toughest environment. As we work so closely with the factory riders we are sometimes able to organize a pre-test with them during the prototype stage where they can give their statement on the progress and they still have the opportunity to influence it. 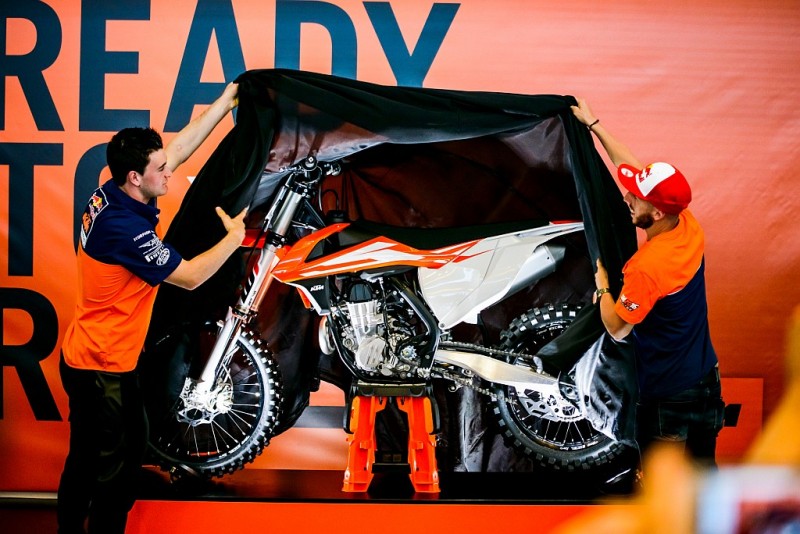 Another balance to find is between the needs of the European market and the very different needs of the American market. However, with closer relations in the US Manfred explains that they work together at every step of the development process.

“We have an R&D group in the US, in the neighboring building to the subsidiary, that we have a close relationship with. We are constantly in contact with them, we test there and we always have to balance between Europe and the US. Sometimes we do some new ideas and prototypes with the development here in Europe, then we ship the bike there, do some testing with them and look for a confirmation on what we did. On the other hand it can be the other direction. If the US guys have some smart ideas they try it on their own, and then they come over to us for us to do it together in Europe.”

“Like I said in the beginning we knew where the weaknesses were in the current model and on the factory race bikes. The riders were asking for a sharper handling, but they still need the stability when they’re going really fast. Especially in Supercross we needed to find the balance between the stability in the whoops, where you can lose a lot of time, and in sharp turns where stability is critical. Even in the first test in the US two years ago with this bike we found signs that the new chassis concept, including the engine, really had solved any problems from before and could work for Supercross, Outdoors and Motocross.”

The new MY16 range is not dissimilar to the Factory Edition bike that Ryan Dungey took to victory in the 450 Supercross World Championship, achieving KTM’s first ever win in the class. Manfred is proud to have had such an influential part of the project.

“You cannot imagine how happy I was when Ryan won the 450SX World Championship. I put a lot of effort into this bike on a long-term project for more than three years, and in the end we were also lucky to have such a quality rider to deliver the race wins. In the end a lot of it depends on the rider, because if he is not fast enough or gets injured we can’t win, but it was a really nice story.” 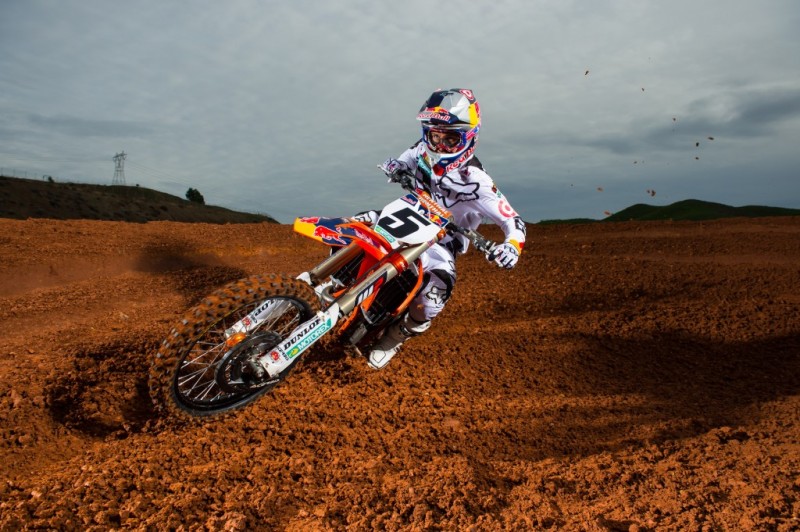 One of the talking points of the bike will be the new WP AER 48 front fork system (US will have the WP 4CS forks fitted to their machines). This air fork is completely new, and is perhaps not completely expected by the market. A clever design from WP combined with the R&D of KTM, the fork is well thought out to counteract any issues of competitor models. It’s something that both KTM and WP are excited about.

“The general feeling of the air fork was difficult in the beginning because of the problems that our competitors have had. We did a lot of market research together with WP where we asked customers of other bikes and the market itself about the air fork and the things they don’t like. We started the project to create something good, while finding solutions for the issues with the competitor forks. I’m really proud of the product WP has provided; the outcome is really, really cool and the close relationship has given us a good product, which I cannot find any negatives for.” 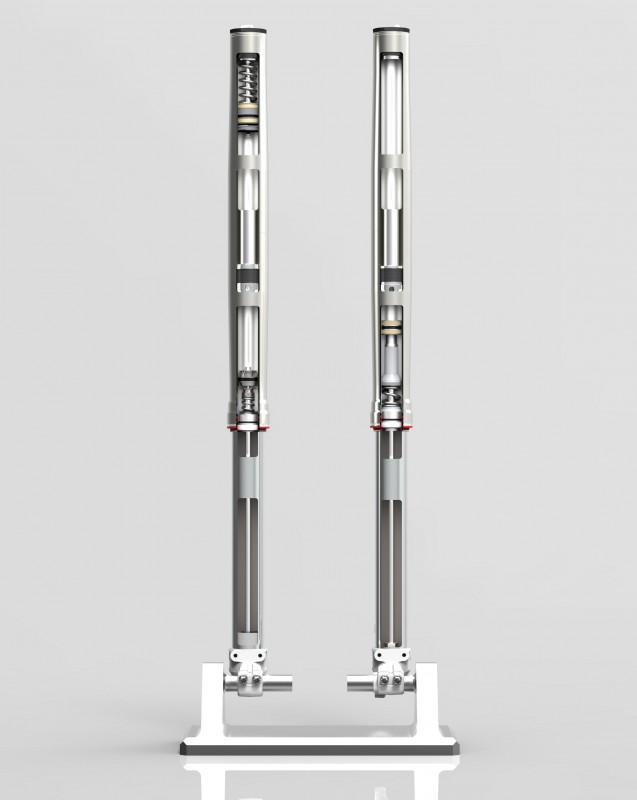 In conclusion the new SX model range is incredibly light, and close to the weight limit in all classes. For example Dungey’s team did not have to revise the bike with aftermarket parts to make it lighter, such as fitting a titanium exhaust, otherwise they would have been under the weight limit for racing, which is also an added benefit for the customer.

For now the bike is being launched at the spectacular track in Maggiora, Italy this week to journalists, but will become available in June and July around the world.

“First of all I am excited. I am not nervous concerning our product, because I know everyone will like it, and I’m proud to be here,” concluded Manfred.

191 Responses to Interview of the Month: How to develop a new generation – KTM R&D´s Manfred Edlinger talks about SX MY16