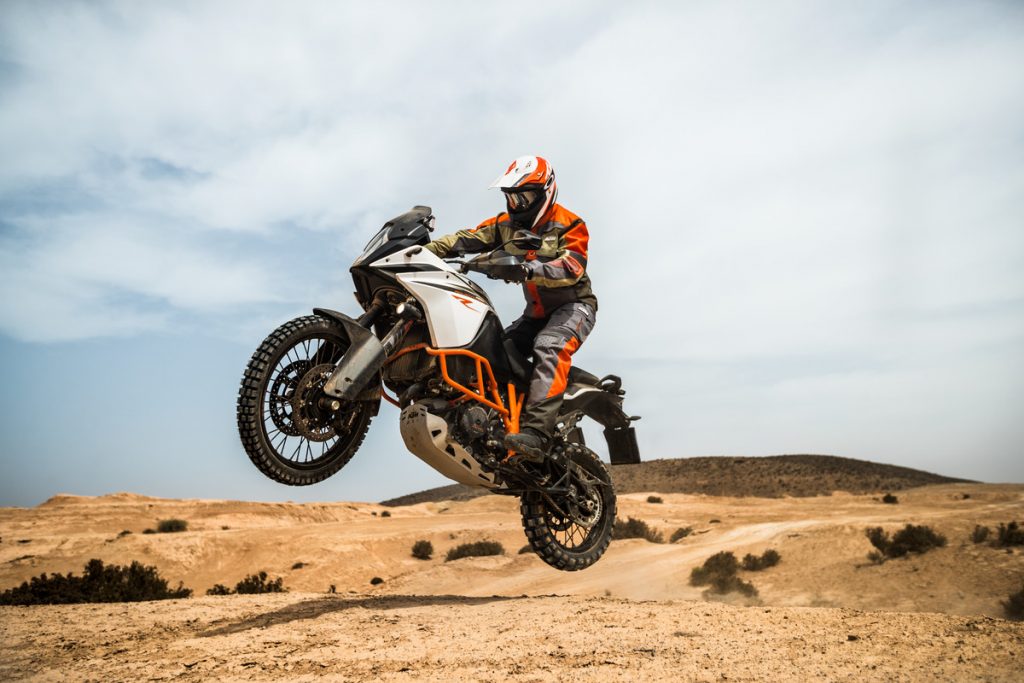 Chris Birch: 5 things I love about the KTM 1090 ADVENTURE R

Enduro legend, riding coach and now KTM ADVENTURE ambassador, Chris Birch’s daily steed of choice is the KTM 1090 ADVENTURE R. Riding it constantly since its 2017 launch, the New Zealand resident spent 6000 offroad km last month so we quizzed him for his five favorite features on the most enduro of travel enduros. 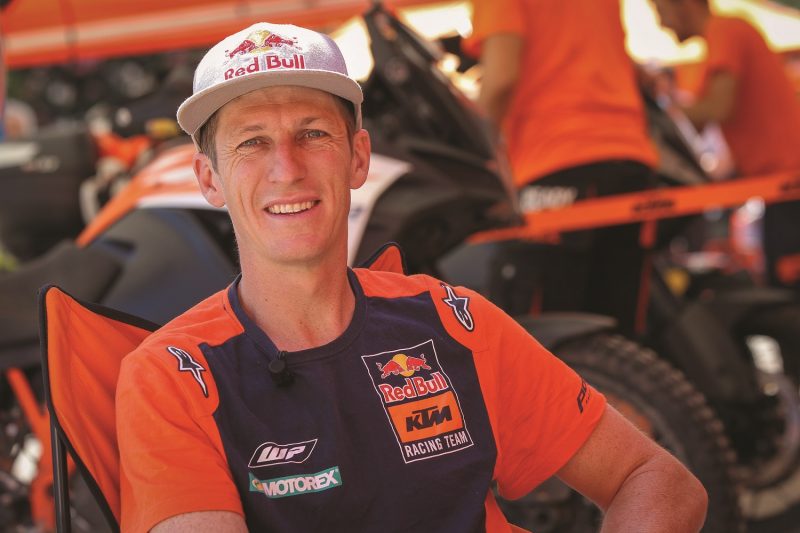 Chris Birch is arguably the man responsible for showing the world the extreme possibilities and agility of the multi-cylinder KTM ADVENTUREs. He’s ridden them all; from 950 to 1290 and everything in between (including the upcoming KTM 790 ADVENTURE R) but his favorite of all time is the KTM 1090 ADVENTURE R.

Last month, Chris clocked up an astonishing 6000 offroad riding kilometers on this bike, coaching schools all over the world, attending KTM ADVENTURE RALLIES in Australia, Sardinia and the United Kingdom and shooting this incredible Coastal Adventure video in his homeland of New Zealand.

He’s also competed on the bike in the 2017 Hellas Rally; a seven-day navigation rally in Greece in which he cruised to the M5 (adventure bike) class victory and finishing an amazing sixth overall against more than 150 racers, competing mainly on 450 Rally machines.

Having just added Wales to the list of countries he’s ridden the KTM 1090 ADVENTURE R in, alongside Peru, Italy, Ecuador, Panama, Japan, New Zealand, Indonesia, Canada, USA, Australia, Uruguay, Greece, and England, we sat down with Chris at the Sweetlamb complex at the KTM UK ADVENTURE RALLY and asked him for his five favorite features on the 1050cc orange-framed machine.

From 1190 to 1090 …
“Going from the 1190 R to the 1090 R, the latter was everything that I had needed to modify my 1190 R to be,” Chris tells us. “It was like KTM R&D listened to my every wish! Before I’d needed to change the wheels to stronger ones because I’d damage them, and the suspension was also improved, close to how I modify mine.”

“With the stock bike now, all I do is add some flatter EXC bars to suit my standing position as I’m tall, I also use a clutch lever off a KTM 200 EXC as it is a bit shorter, fit some Mitas tires and re-valve the forks to make them firmer on their initial movement. The final thing is to drop it down a tooth on the front sprocket, which makes it really easy in the tight offroad sections and helps save my license on the road as the top speed is reduced!” 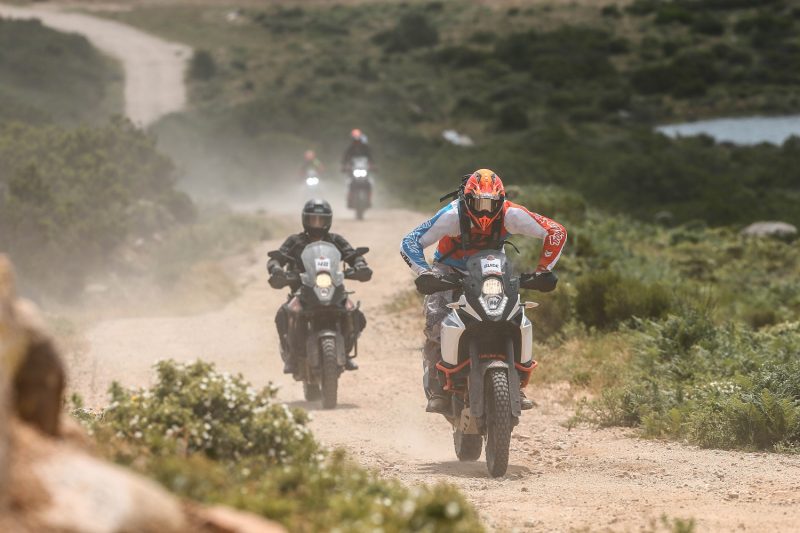 1. The engine
“The first thing when you have to talk about on a 1000cc plus motorcycle is the engine! I love how much torque it has got; you can really punch it up climbs and obstacles – like a trials bike! You can also be two or three gears wrong and it will just kinda work it all out for you.”

“As for the ride modes, I leave my bike in street mode all the time and never change it. ‘Sport’ is a bit too aggressive for me and as for ‘Offroad’ without trying to sound like a dick, I like having the full 125hp all the time. The offroad mode is really good and a valuable tool for most people when riding this bike offroad, but I’m greedy for the power.”

“Another reason I never change the ride modes as I like my bike to feel like it does all the time. Like, that’s what it will do and what happens when I crack the throttle in this situation. So, I really know how it will react because I’m so familiar with it. If I play around with the modes too much, it’s like learning three different bikes.”

2. Epic drifts
“A combination of the chassis balance, suspension and engine performance I really love how this bike sits in a corner. My favorite thing to do on this bike is slide on a gravel road from corner to corner doing big, smooth drifts.”

“All the wheelies and jumps and stuff are great for making videos and pictures, but if I’m going out just to play on it for me, I’ll be just going out to make big power slides from one corner to the next.” 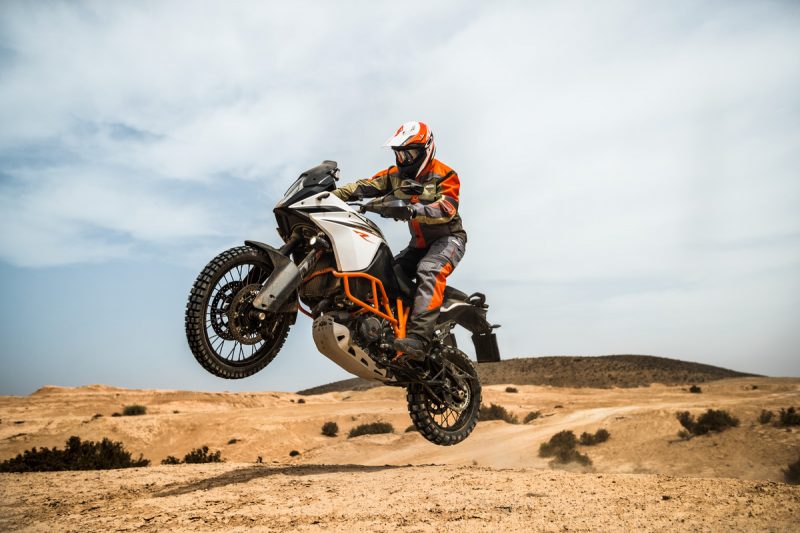 3. Adaptability
“It’s not really a feature as such, but it kinda is. But the most impressed I’ve ever been with the KTM 1090 ADVENTURE R was on a trip to Japan.”

“I’d finished my first batch of riding schools and then my wife, Monica, flew in. We then put the luggage on and spent five days touring around Japan. When we got to the next riding venue, they had an enduro cross track there. So, I kicked her off the back along with the luggage and started riding the track. I could jump the doubles and clear the log matrix on the same bike we’d just been touring around on in complete comfort. That really, really impressed me.”

4. The range of use
“I suppose it merges a little bit into the last feature in a way, but what I mean is the fact that I can leave my house and start having fun straight away; I don’t have to mess around by loading it on a trailer it or putting it in van.”

“From my place, I can connect four of my favorite riding areas all into one loop. Which is really cool. When I leave Wales later, we’ll be looking to find some interesting routes back. It’s just a bike that makes you want to explore and it does that with ease – on and offroad.” 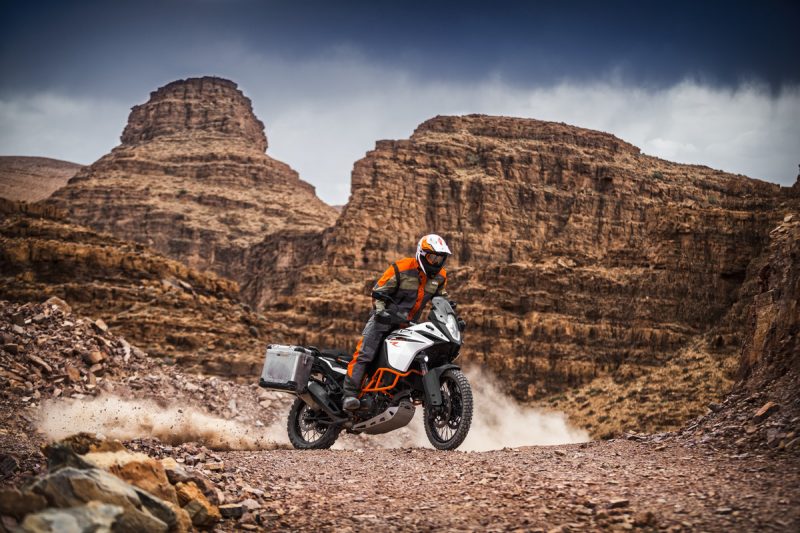 5. Noise
“I love the way it sounds. I don’t rip the baffle out of the KTM PowerParts Akrapovič silencer or remove the catalytic converter, like some do. My bike isn’t particularly loud as I don’t want it particularly loud, but I really just love that LC8 twin-cylinder sounds in all situations. My daughter calls my 1090 R ‘Roary’ because when we go for a ride together and I give it some gas it’s the bike that says ‘roar’. So, I like it and she does too!”

43 Responses to Chris Birch: 5 things I love about the KTM 1090 ADVENTURE R