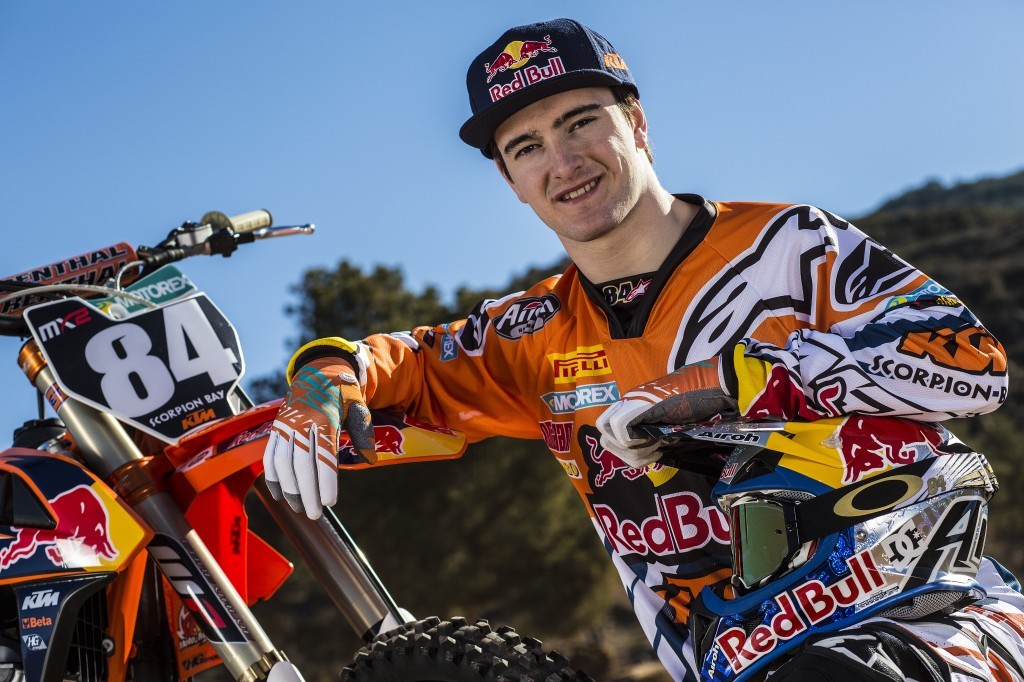 He is one of the exceptional offroad motorcycle racers in the world today. Red Bull KTM’s Jeffrey Herlings is just twenty years old and already a double FIM Motocross World Champion. Now blazing a trail through the 2015 campaign after three rounds we caught up with the ‘Sand Master’ to talk about how he gets dressed for victory and the items that people might see even more on the track in 2016 if he makes the eagerly awaited move from MX2 to MXGP. 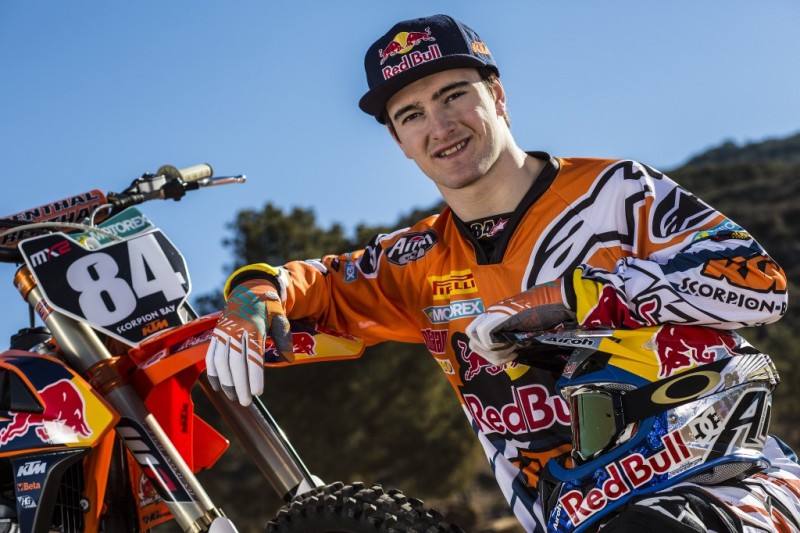 Helmet – Airoh
“I’ve used Airoh since I started with the KTM factory team as a fifteen year old in 2010. Obviously it is a team deal so I don’t have much say in the way it is designed or has evolved but I think it is a beautiful and pretty-safe helmet. I’m quite proud to be with the brand and of course it is with full Red Bull livery. It might look like I have a big head but I actually use the small size! I would say I get through five or six a season but they are always being repaired because they get hit and chipped with stones and rocks. If I was just riding in sand all the time then I think I’d only use two.” 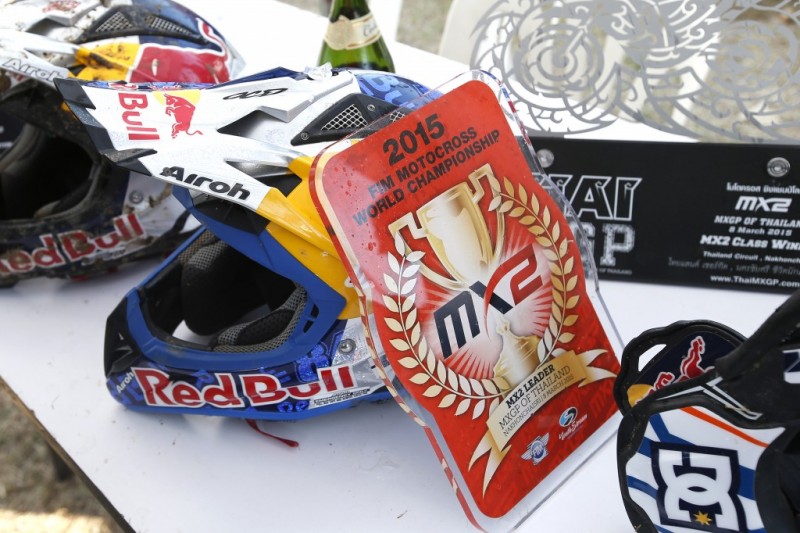 Goggles – Oakley
“Like Airoh I’ve used Oakley goggles since 2010. They have many different types but two years ago they launched the Airbrake model which is extra tough. I really like the Crowbar also because I normally sweat like a pig when I’m riding and this goggle deals with that a bit better in my opinion. I think Oakley make some of the best goggles and they look awesome. The Airbrake lens … it is almost impossible to pop it out because it is on top rather than inside the frame. The field of vision is also quite big. I have a Jeffrey Herlings signature series with them and the second model will be in the shops soon; I designed it together with Oakley and I think it looks pretty nice! Being with Oakley you get some good extras like the sunglasses and t-shirts. It is a big brand.” 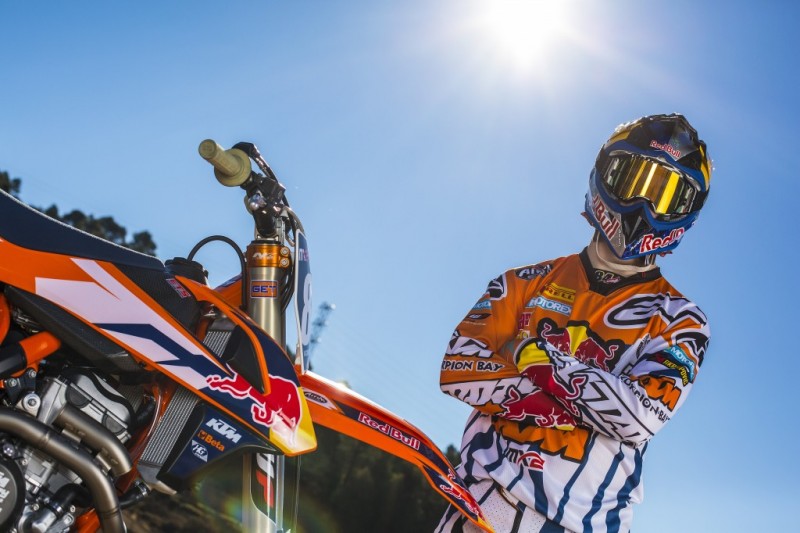 Neck protection – Leatt
“I’ve used a Leatt brace from 2007 or from pretty much the first time it came on the market. I’ve seen many riders have some bad injuries and – although the chance of crashing and doing some serious damage is always there – I feel with the Leatt brace it is a bit smaller. I use it because I want to be safer. When you look at a bike then everything has become lighter, stronger and faster over the years and the Leatt brace is one of those products that also has evolved. The design hasn’t changed dramatically but it has become lighter and more comfortable; the latest version uses carbon so it weighs almost nothing. I had a huge crash at Ernee for the French Grand Prix a couple of years ago and was thrown down the hill, landing on my neck; I felt that the brace helped me then. I like to ride safe so it is an important part of my kit and I’ve been using it for a long time … it also looks good!” 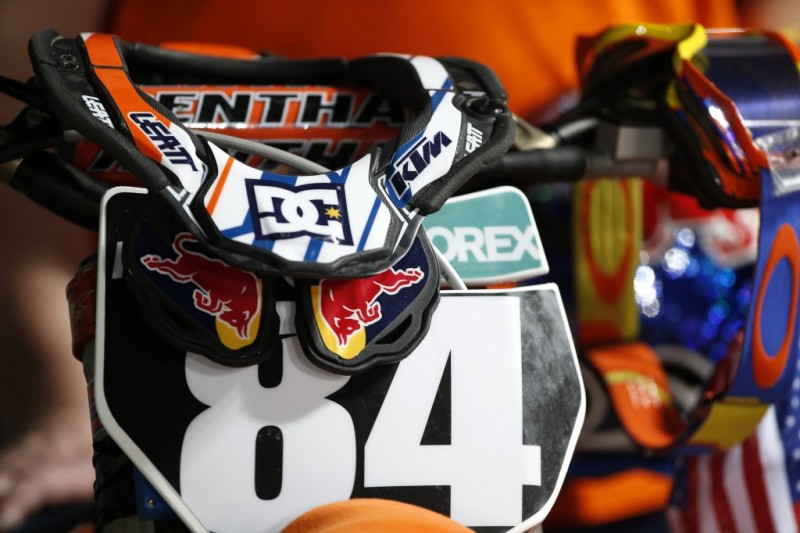 Racewear (shirt, pants, gloves) – Alpinestars
“There is not much protection at all in race gear. It is more about the way it feels and the way it looks. Alpinestars is another team deal but I’m happy to wear them. They have good-looking gear and a decent service system. I would say I go through five-six sets of gear a Grand Prix but it depends on the weather. If it is nice and sunny then I’ll re-use the stuff on Saturday and then a new set for each moto. With gloves I like to have dry sets all the time, which often means new ones. If your glove is damp or wet then you tend to get blisters – that can hurt and take time to heal. I also like the gloves to have a really tight fit. Last year we had quite a few designs for the race gear and normally I can give a bit of input to Alpinestars, usually they give me something special for Valkenswaard (site of JH’s home GP in southern Holland). Alpinestars are very easy-going and flexible; they listen to our requests which is nice and their turn around is really fast … like with the butt patches. Sometimes I send them an email and I get a design proposal after a couple of hours with a few options. I have been with them for many years as well so I’ve got quite a big collection of patches in the system! Every year I have three or four new ones. It is nice to work with them, like all the partners I’ve got. I wear their chest protector also which has been designed for me and I have a protective plate on the back and the front. Alpinestars have some nice leisure stuff but I have a shoe and clothing deal with DC away from the track and they keep me looking good.” 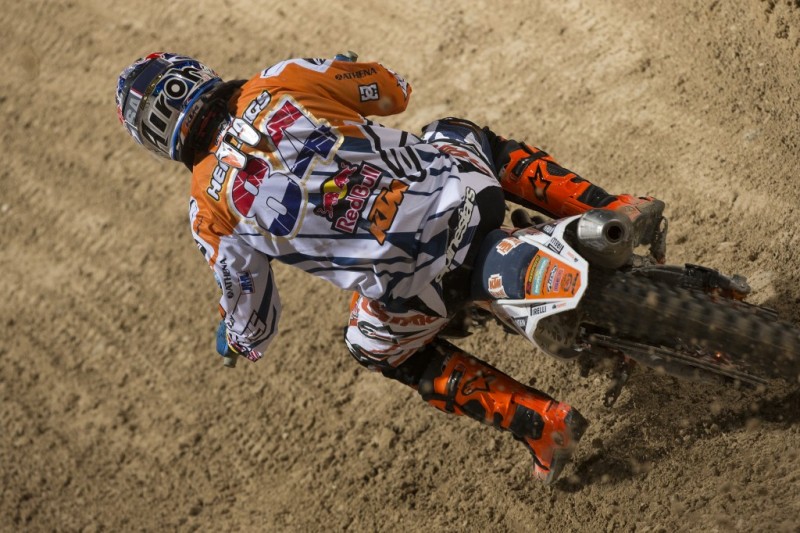 Knee braces – CTi
“I used to ride with knee pads but when I was twelve I hurt my knee and my Mum told me to find some braces. The CTi shop was really close to my house! Since then I’ve been using them all the time and haven’t had any problems with my knees so far. I hope to keep it that way. You have various braces around like CTi, Leatt, Ortema, Pod and many different ones and it is about finding the one that fits you best and that you personally believe in. I like the comfort of CTi and they have done the job.”

Boots – Alpinestars Tech 10
“Why do I wear Tech 10s instead of 8s? Well, I think they might be just a little bit heavier but I believe they offer more protection. The Tech 10 is one of the best boots on the market and it is another product I have been wearing for a long time. I never really tested a Tech 8 because my Dad bought me some 10s when I was thirteen and since then I’ve been sold; they also look much better! Of course they were a bit more expensive but I liked them so much. I’ve used them since – except for one season where I rode in Jacky Martens’ KTM team and had to use Sidi – and they have kept my ankles safe so far. This year we have different sets of boots at every other GP. I’ve used completely orange and then red and white boots in the first rounds. I think the latest version of the 10s are very flexible. I have a good relationship with the company owner Gabriele (Mazzarolo) and he likes my ideas and likes being a part of what we are trying to do.” 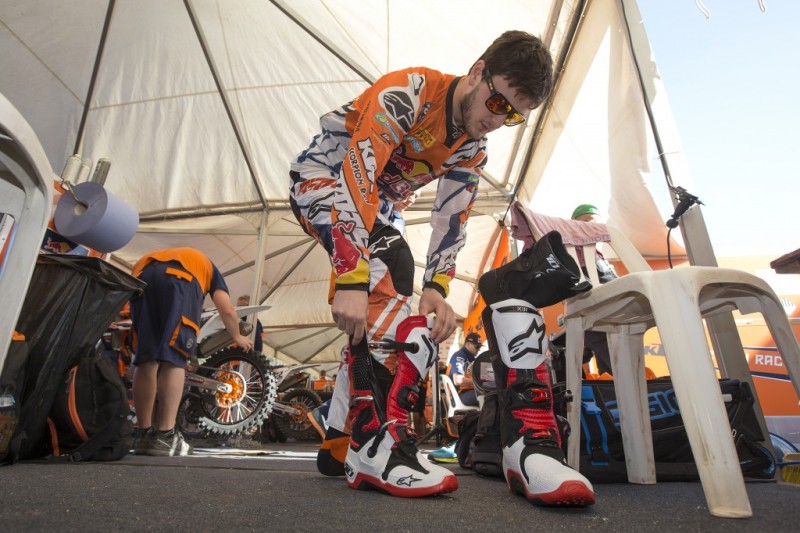