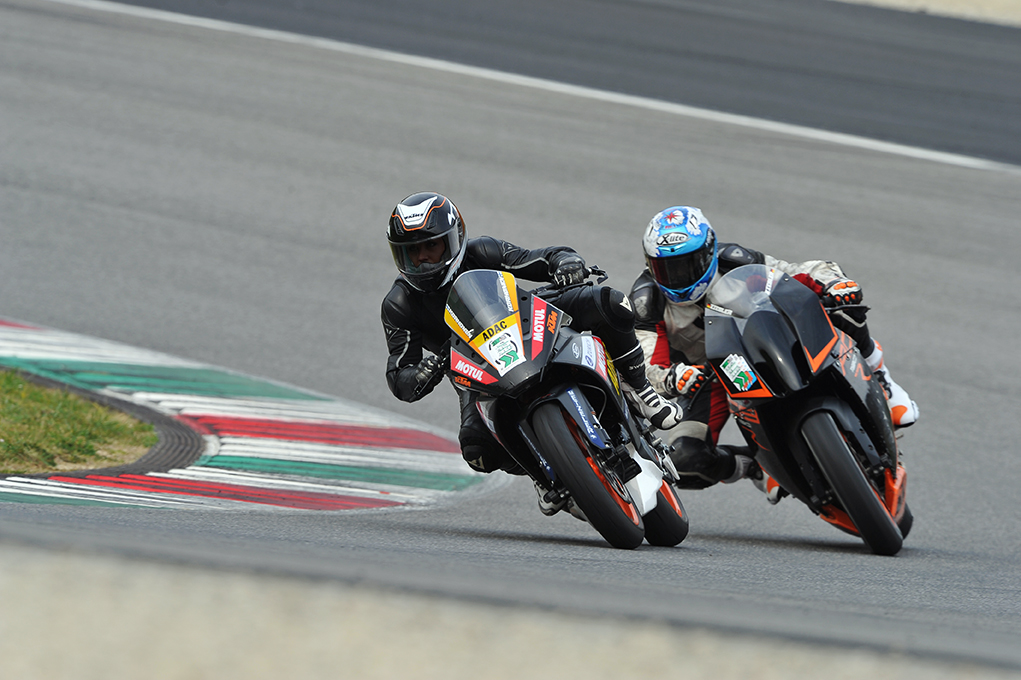 The days when “size mattered” are coming to an end – at least on the race course. Smaller racing machines have been attracting attention on circuits all over the world for some time now, and Moto3 is no exception.

And it’s been some time too since serious motor sports fans started watching more than just the big boys on their 265hp monsters, and consciously took the time to check out emerging talents on their agile, machines with their great handling, in a world of enthralling head-to-head battles that cover the whole field of riders right down to the flag. This is the reason why there have been superstars like Jack (Ass) Miller in the field, and why riders have every opportunity to establish themselves as candidates for higher classes. 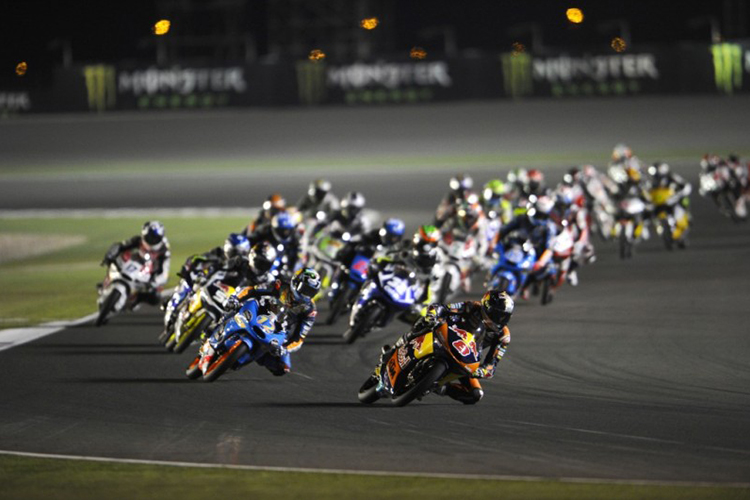 And this is precisely the reason why you will not just see younger fans finding role models once again, but also “grown-up” kids seeking a new challenge on their personal playing field, with the choice of machine opening up totally new options for them to enjoy affordable motor sports, while still racing at an extremely competitive level. 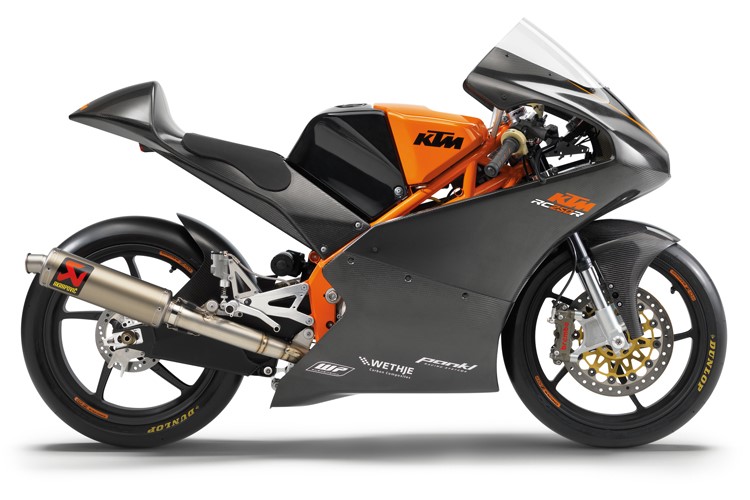 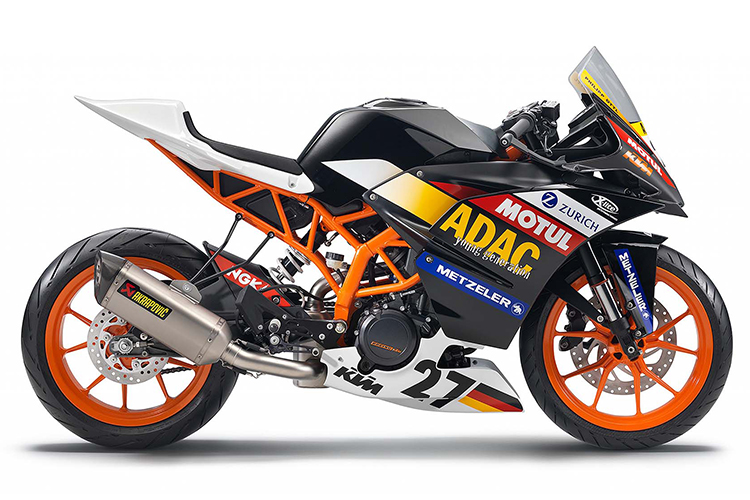 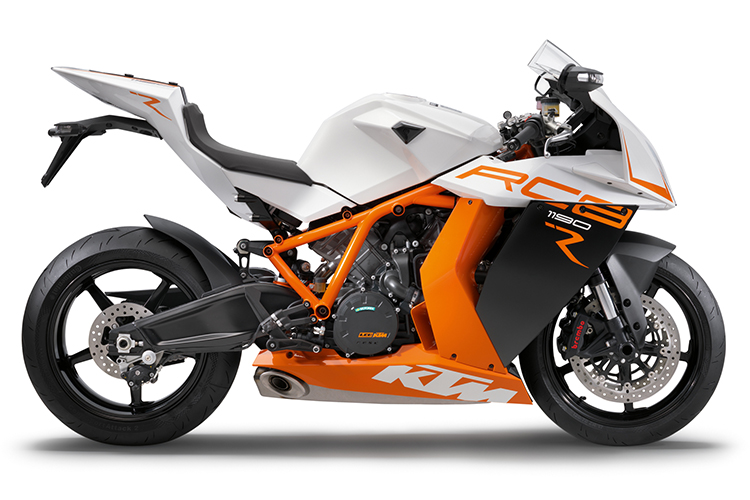 This is a great opportunity to start a very special kind of comparison test that sees “David and Goliath” come head-to-head once again. But this is not about hard facts and comparing specifications; instead it is all about character, emotions and, above all, the fun factor, which is what counts at the end of the day. The task here is to demonstrate that both a KTM RC 390 CUP and a KTM RC8 R can offer comparable fun on two totally different race tracks, and conjure a wide grin onto their riders’ faces.

The venues for this battle are the Grobnik Autodrome, which many readers will probably know as Rijeka, and the world-famous GP circuit in Mugello, where even the names of the bends, like “Arrabbiata”, promise to get your adrenaline pumping. 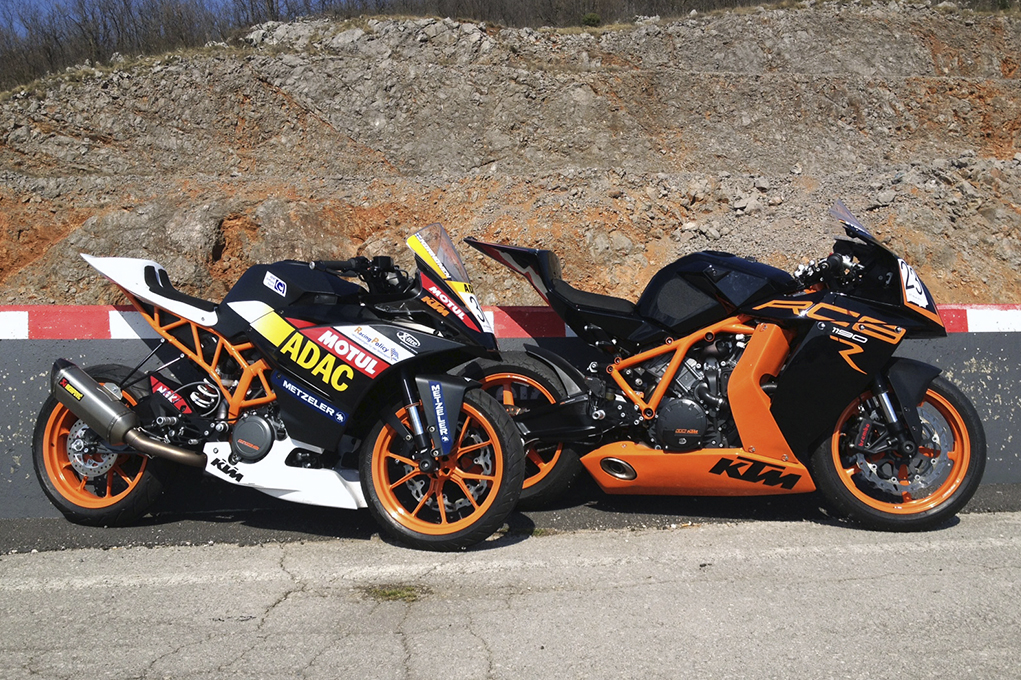 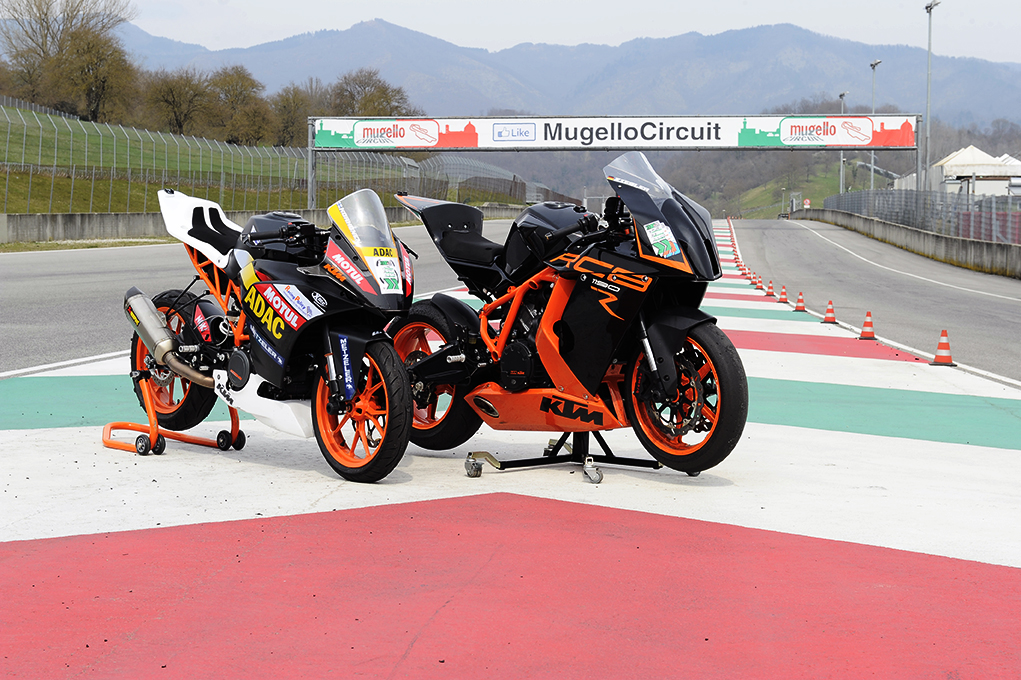 Rijeka is a flowing, but nevertheless challenging, circuit, with some tricky passages where you can make up those vital seconds by taking the right line. It offers a huge amount of grip, and mainly consists of bends, giving curve huggers ultimate pleasure, and letting the RC 390 CUP really come into its own with its excellent cornering speed.

Mugello, in contrast, is a circuit that demands courage and speed. The GP circuit is one of the world’s safest and most modern tracks; it offers sweeping but fast curves where you really need to get your timing right, and exit the curve at the highest possible speed to make up precious seconds. Impressive hang-offs in the infield and the longest start and finish straight at more than one kilometer, where the RC8 R frequently clocks more than 300km/h!

Two tracks that could not be more different if they tried. But they still promise many benefits for both KTM machines. In the RC 390 CUP’s case, it is the great handling and cornering speed, while the RC8 R impresses with acceleration and top speed. And that inevitably takes us right back to the technical specifications of the two KTM motorcycles. Both are only minimally modified engineering-wise, and very close to the “READY TO RACE” series production specifications. 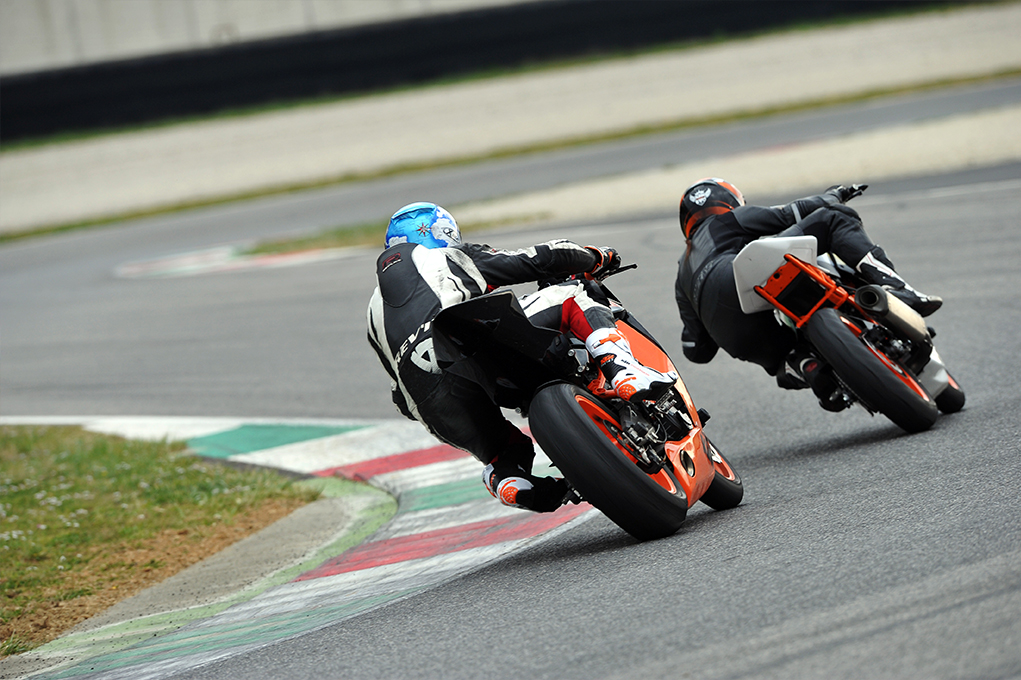 KTM RC 390 CUP: Racing genes
The paramount development objective for the fully-trimmed RC 390 CUP was to support affordable racing with the best possible sports potential. To help achieve this aim, there is a powerful and reliable, state-of-the-art series production engine at the heart of the CUP RC. And the RC 390 CUP offers a quality chassis to match its sophisticated aerodynamic trim. Premium suspension elements developed in cooperation with WP-Suspension, and a powerful brake system with four-piston calipers as standard round off this racing machine. 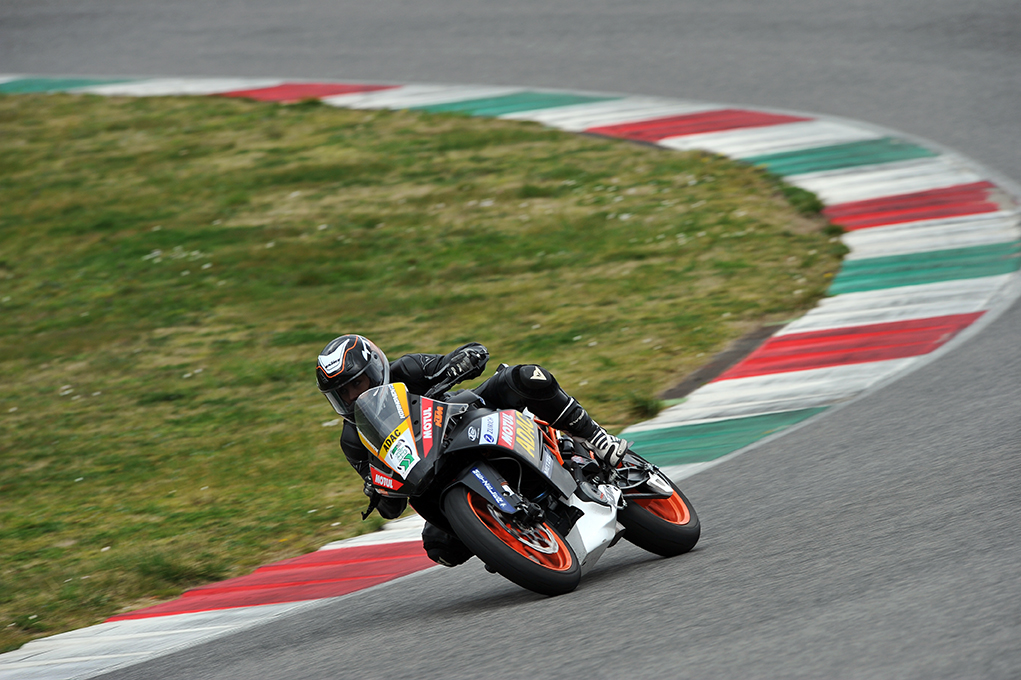 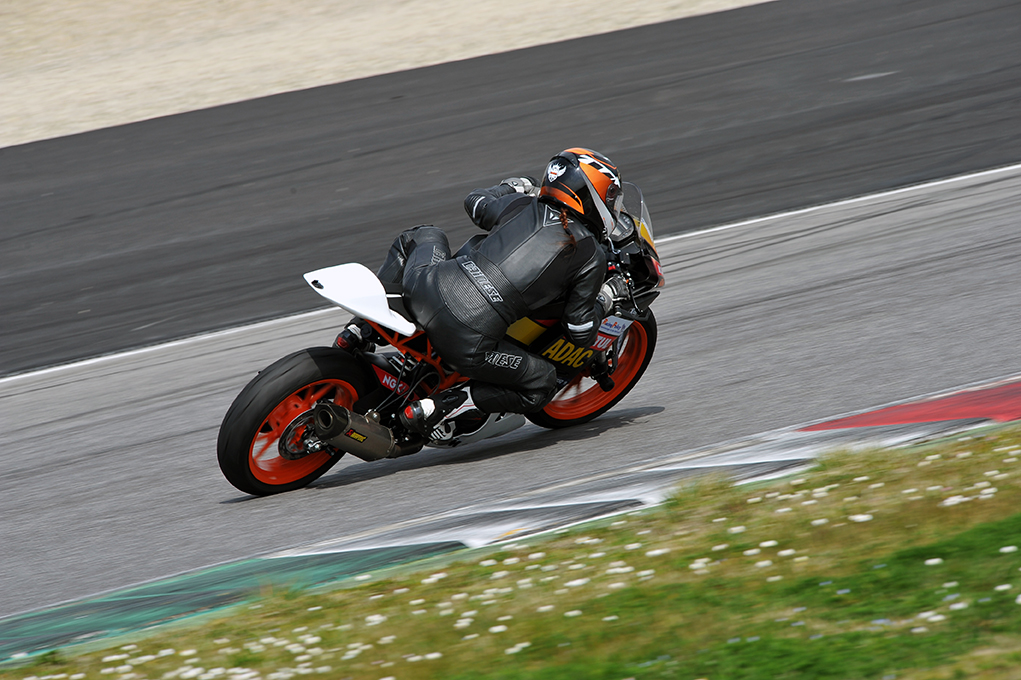 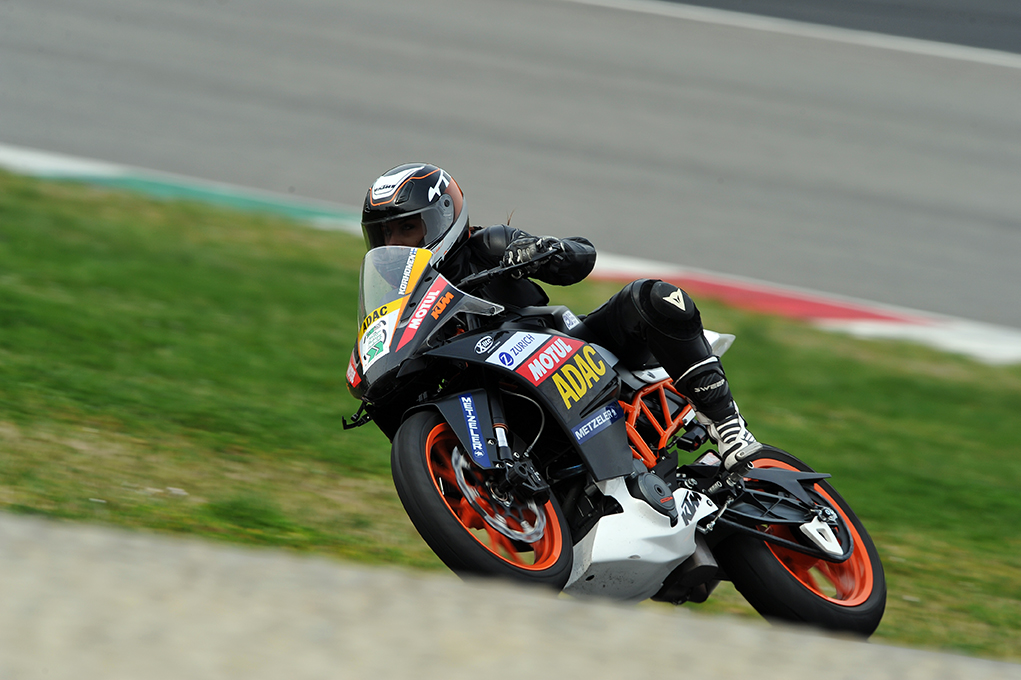 KTM 1190 RC8 R: Pure Superbike
The ultimate powertool from KTM. Riders have one of the most powerful V2 engines of our times and one of the best chassis in the world at their disposal. With the precision to beat all-corners when entering a bend. With the power and traction to leave them standing when accelerating out of the bend. And with the feedback and ergonomics to let you enjoy the 1190 RC8 R to the full. 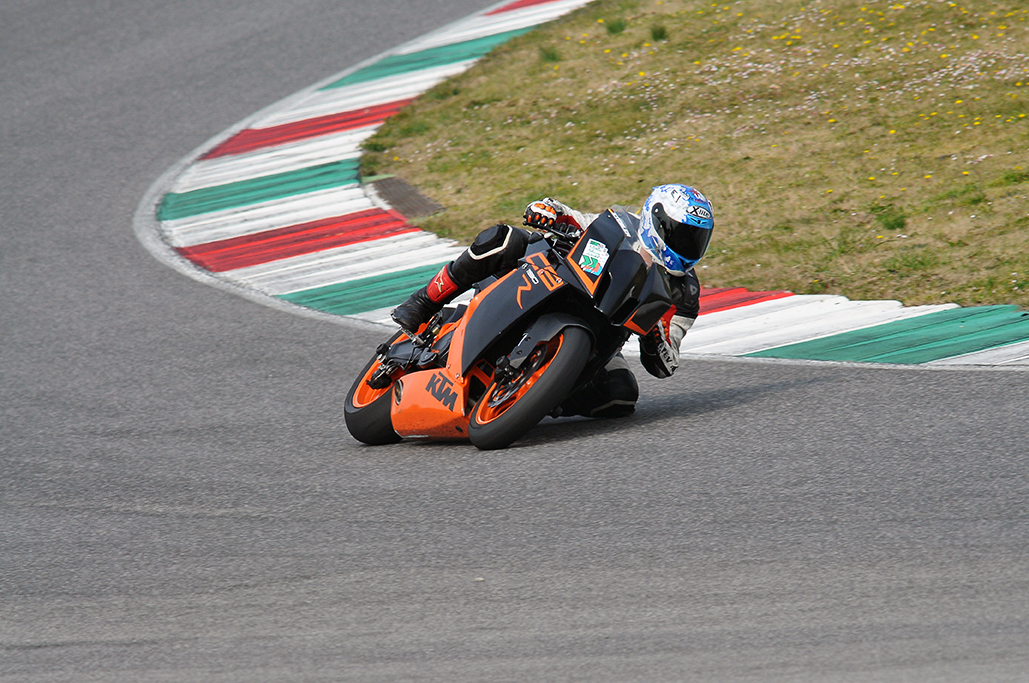 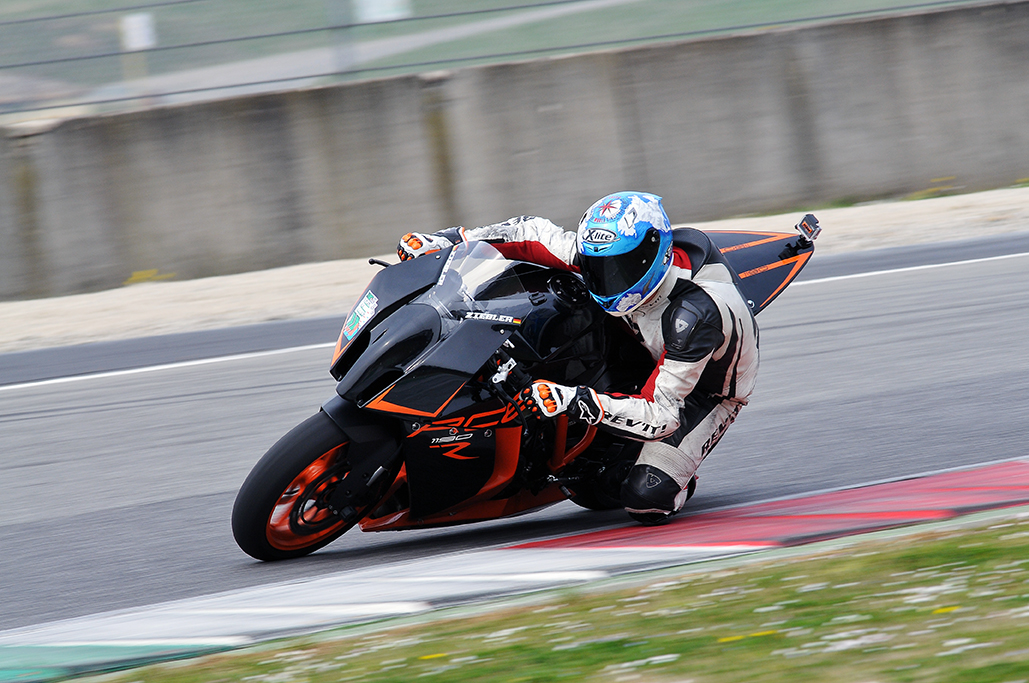 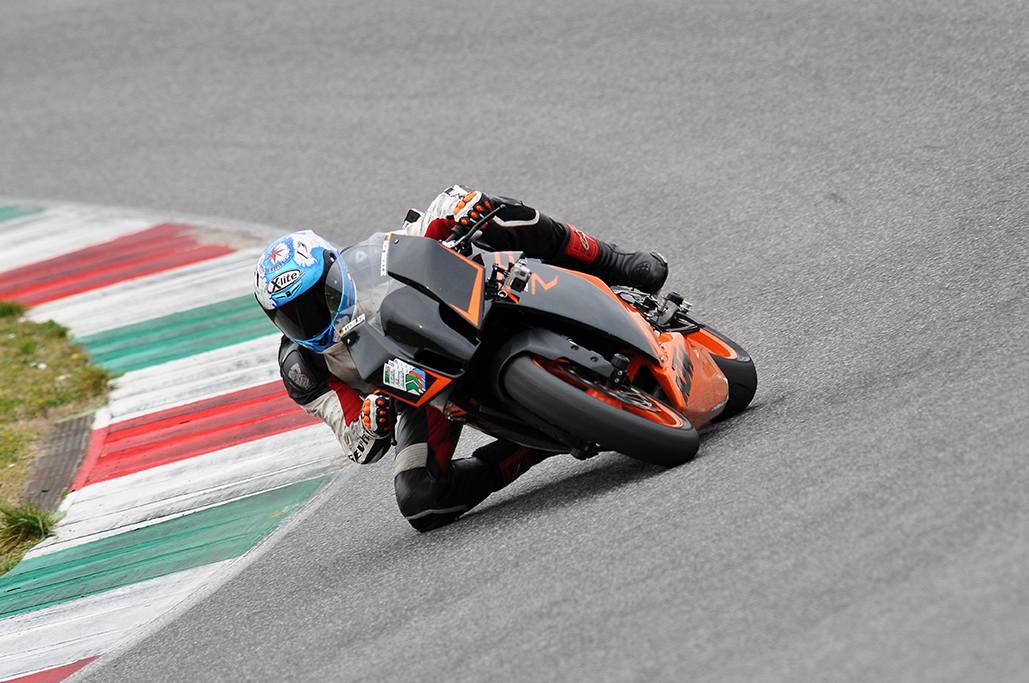 The only add-on parts fitted here were a racing trim, a quick shifter, and traction control to whittle away those last tenths of a second on the race course. Everything else is series production spec, and thus depends on the rider’s skill to a high degree.

Conclusions
Both super sports stars show off their racing genes and offer a huge amount of fun at track days.

The braking response and cornering speed of the KTM RC 390 CUP are indescribable, and offer even seasoned racers a previously unknown sporting experience on a totally different level. The fun factor is huge, and can quickly become addictive, as you constantly seem to be pushing back the borders of the physically possible.

In contrast to this, the KTM RC8 R impresses with its raw grunt on exiting corners, infinite power, and razor-sharp handling – not only at high speeds. It will bring tears of joy to your eyes, but it might also bring beads of sweat to your forehead when you slam on the brakes at top speed.

Both of these racing machines are thus totally addictive, and definitely recommended!

56 Responses to David versus Goliath