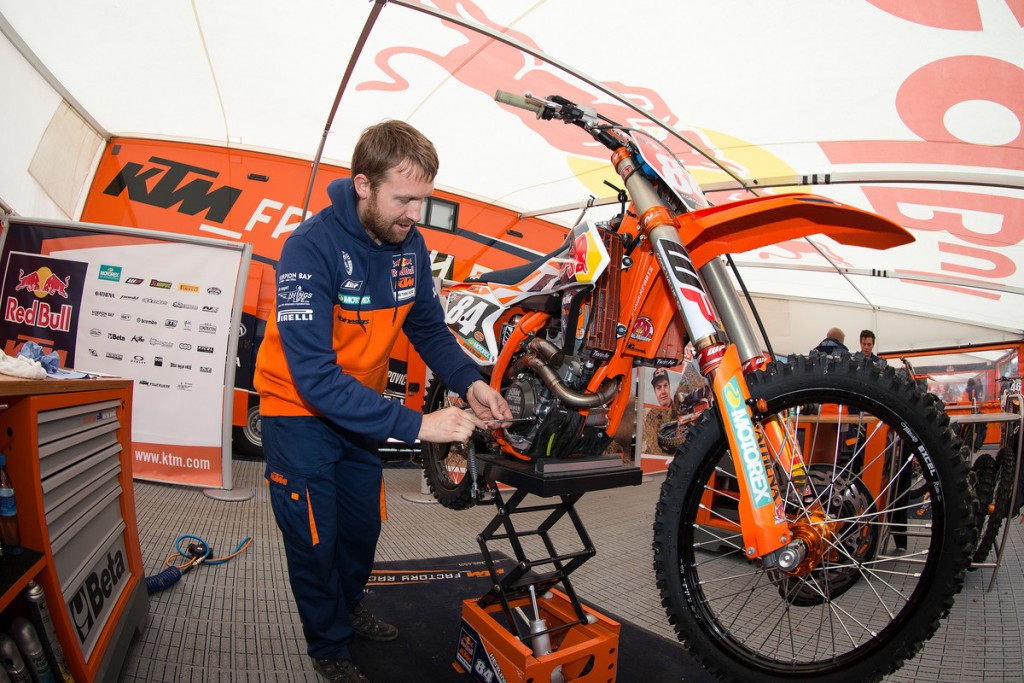 Six Grands Prix and twelve motos; Jeffrey Herlings not only dominated the start of the 2016 FIM MX2 Motocross World Championship, he utterly creamed the opposition with a perfect scorecard. The Dutchman’s Red Bull KTM factory bike is renowned for being remarkably similar to the production 250 SX-F with only engine internals and special suspension parts from WP Performance Systems as the principal alterations. 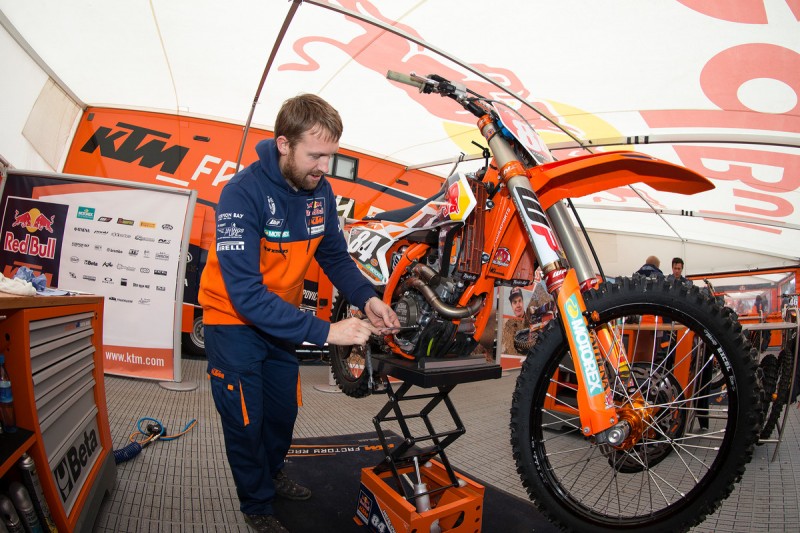 1. Helping her breathe: a bigger radiator
“In very hot conditions and those that are more demanding for the bike then we will fit a larger radiator. It makes it a bit safer for engine, oil and water temperatures. We keep an eye on temperature with logging and if it’s reaching a limit then we can make a change with the radiator. The larger units are also really strong and resistant. There is a lot of testing going on when it comes to this and after looking at the data we can also try different styles and models and we’ve selected the best one to fit our needs.” 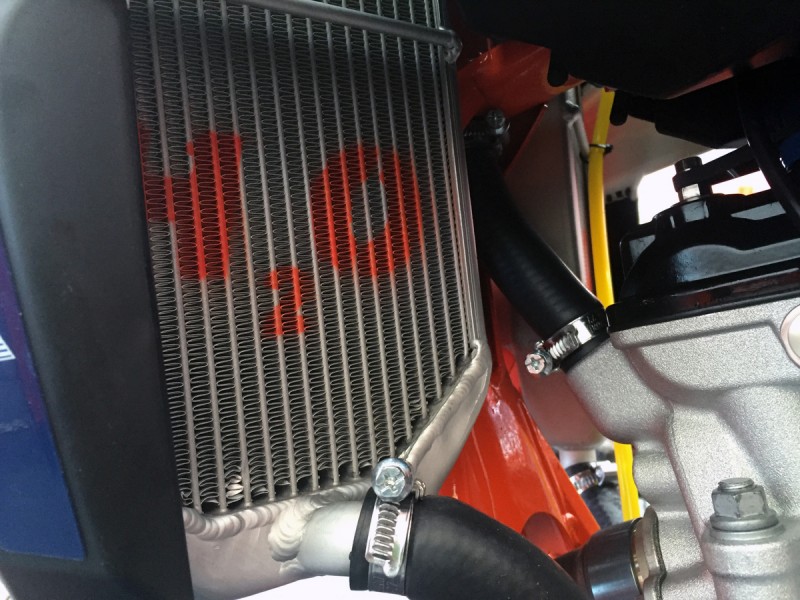 2. Catching the mess: Twin Air protective nets
“Twin Air have been working with us to come up with this new net which we fix over the radiator intake for sandy or muddy races and we used them for the first three rounds this season. It is a simple and effective product and helps with cooling also. It will last a weekend but it depends on the track conditions as well. It’s a durable product and I have done two GPs with one set so far this year. It is a plastic, flexible mesh.” 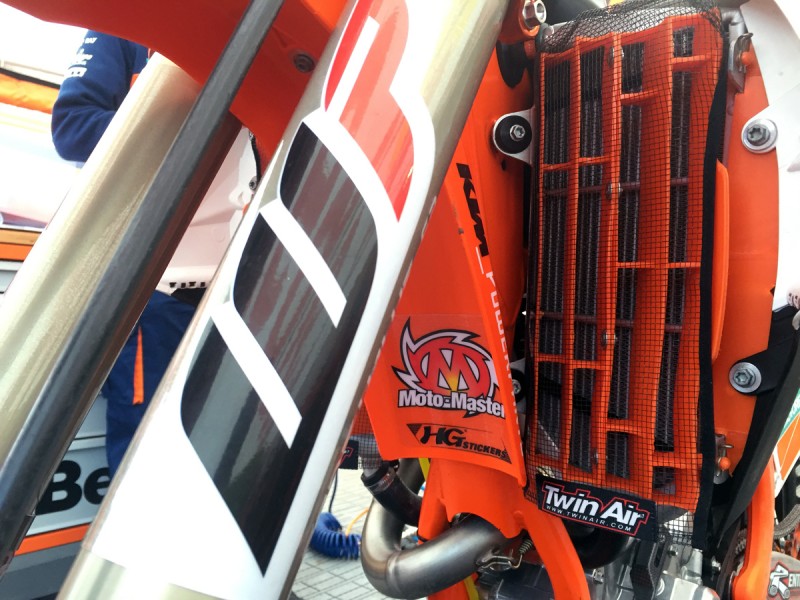 3. Creating the carbon: spec engine protector
“We have this carbon protector covering the wire that comes out of the engine and does a job against stones and from dislodging the wire which would mean a DNF. It is a part we have come up with just to safeguard the bike. One of the good things about KTM is that a lot of people share ideas for what we can develop; it is not just one person dictating what should be on the motorcycle.” 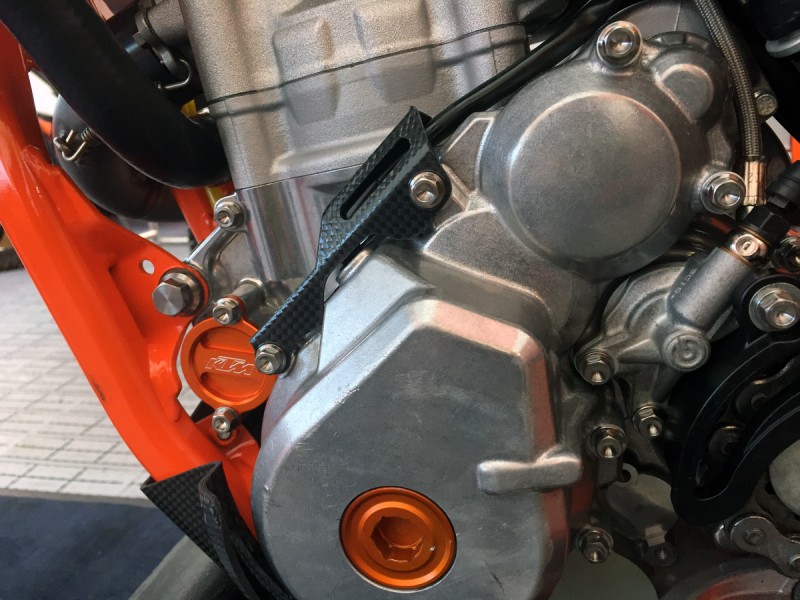 4. Turning the (harder) wheels: Fixing the Kites
“We’ve used Kite wheels for a number of years. Jeffrey is a big guy and he can be hard on the wheels but I cannot rate the quality of the wheels enough. At a GP we’d have four sets, including the ones in the bikes and then depending on whether he wants to try a different tire or socket then we just swap them out. We log how many hours the wheels have done. Overall they are really put to the test and we haven’t had any issue.” 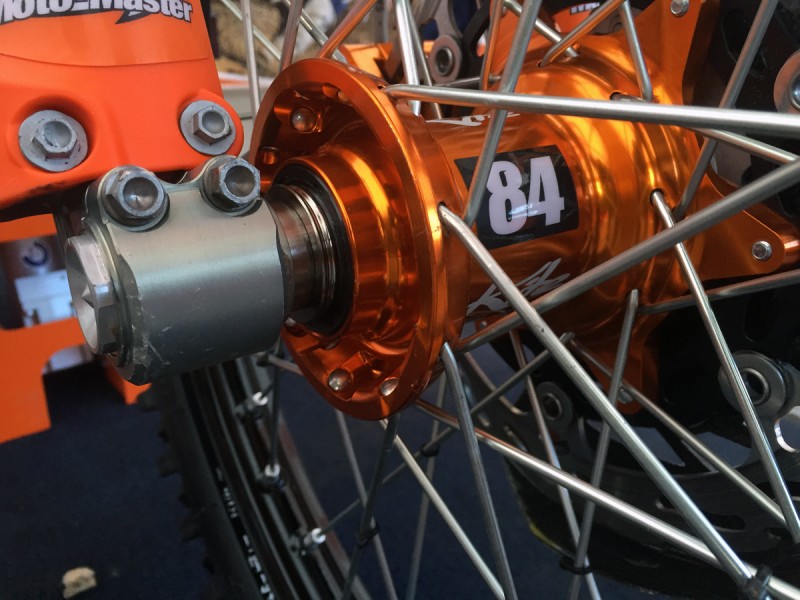 5. Another gear: Jeffrey reverts to stock!
“On the older bike we used to cut the end of gear shifter just to make it a little smaller and less likely to be damaged and Jeffrey was fine with that. The 2016 production model has a better form of gear shifter that doesn’t wear out as much and he seems to like it. We’ve left the stock version and only add some protection so it is not covered in mud too much. It says a lot for the original part that it is good enough. The old one was alloy and this one is steel so it is stronger … even though it might not look it!” 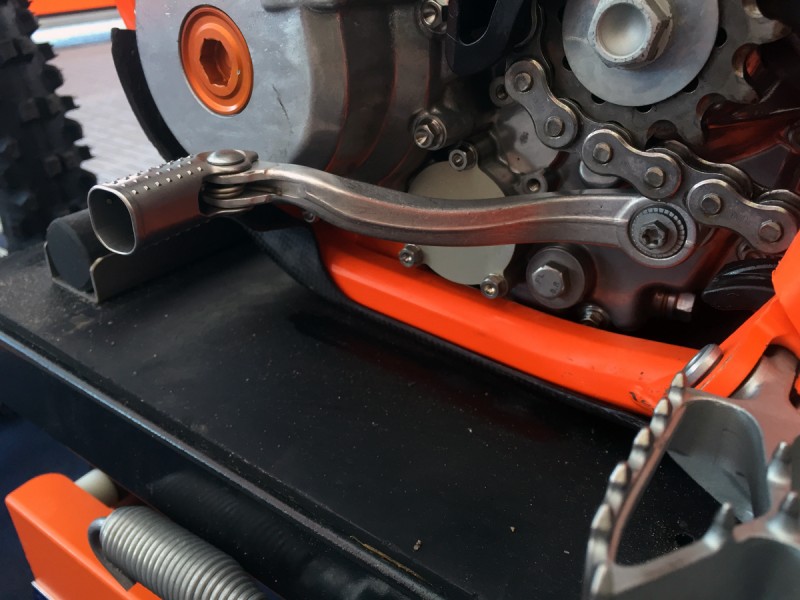