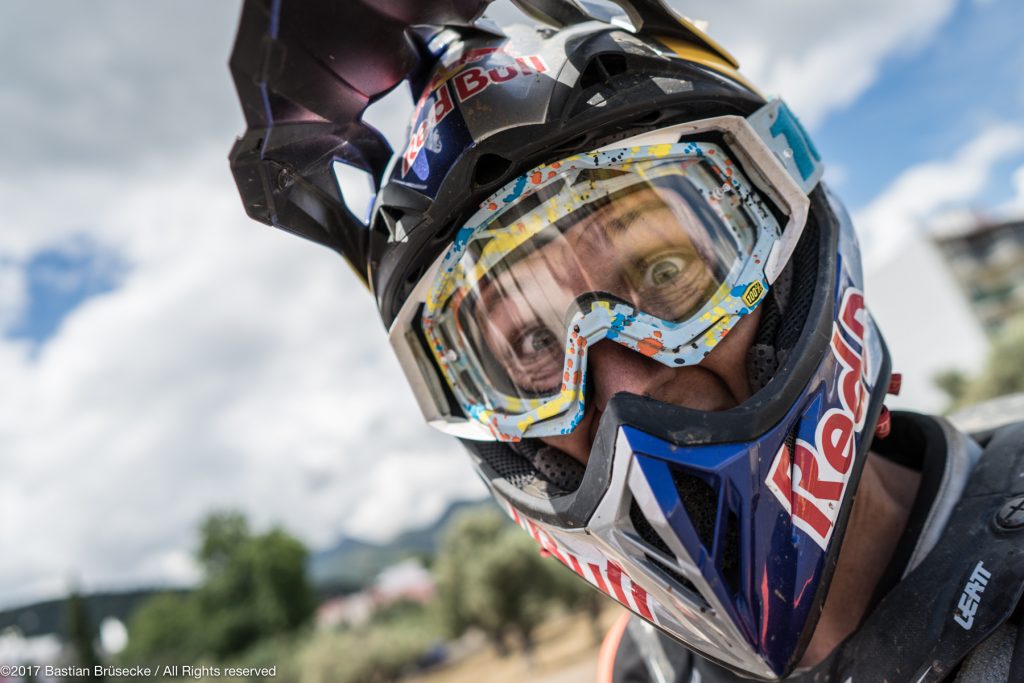 The Red Bull Romaniacs is a formidable task on any bike but on a KTM 1090 ADVENTURE R? Is Chris Birch mad? We caught up with Birch at his preparation event, the Hellas Rally, to ask what it takes to ride adventure bikes where they have no place being!

For a man who claims, “I’d sort of got bored doing the enduros” Chris Birch is certainly making life interesting for himself in 2017. Birch is no stranger to riding tough events, the New Zealander has a strong history in Hard Enduro winning the Roof of Africa three times and reaching the Red Bull Romaniacs podium no less than seven times, winning it in 2010. 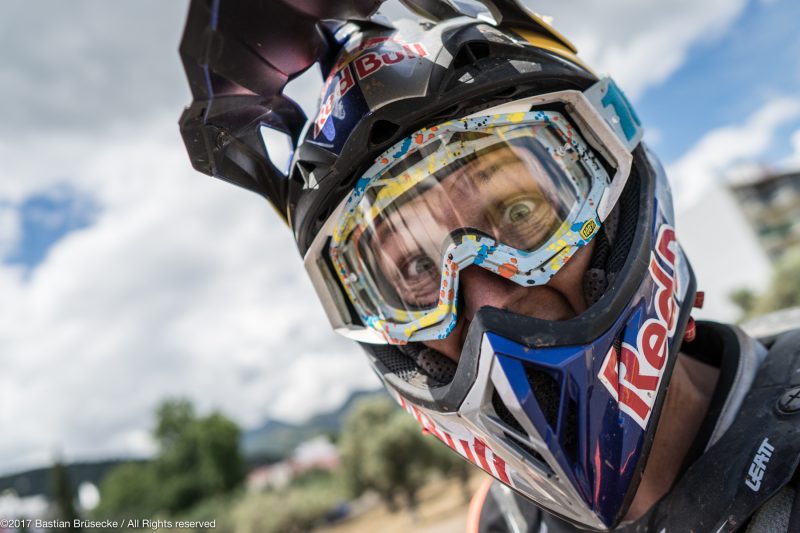 This is a man used to the toughest offroad competition but in 2017 Birch will take on a challenge of bigger proportions as he plans to attempt the Romaniacs on a KTM 1090 ADVENTURE R if his recently sustained injury allows him to do so.

In preparation also Chris entered a seven day navigation rally in Greece, the Hellas Rally where we caught up with him. The Hellas Rally entry is dominated by 450s and was eventually won by KTM rider Gerard Farres, with Stefan Svitko second. Chris Birch took a remarkable result on the KTM 1090 ADVENTURE R cruising to the M5 (adventure bike) class victory and finishing an amazing sixth overall from more than 150 racers competing. 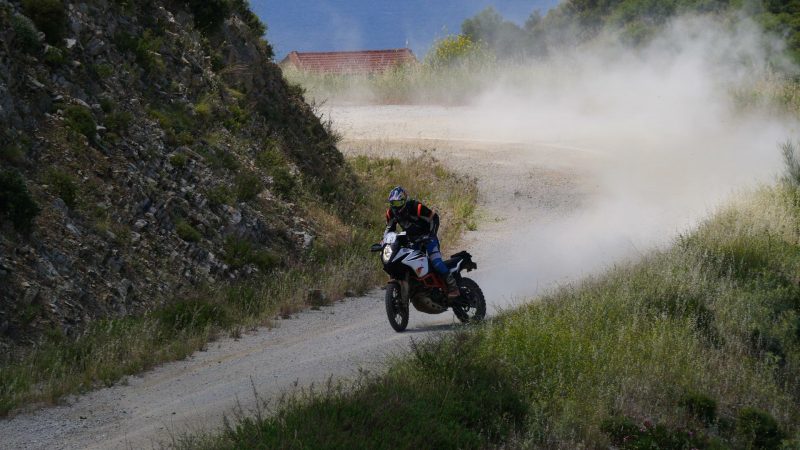 But what does it take to enter an adventure bike into competitions like the Hellas Rally or the infamous Romaniacs? What changes would Chris need to make to a standard KTM 1090 ADVENTURE R to make it competitive among a field of 450 Enduro bikes and how does he handle riding a bigger bike in races like these?

So what changes have you made to the standard KTM 1090 ADVENTURE R to compete at the Hellas Rally?
“Basically, it is a standard bike and no major difference to the bike anyone can buy. We have re-valved the suspension a little bit to make it a bit firmer. There’s also a couple of KTM aftermarket KTM PowerParts on the bike: the aluminum skid plate, the Akrapovič exhaust, clutch cover and we replaced the standard paper air box filters (which don’t like water too much!) with foam filters in case the river crossings are deep. Ah, and the pre-filters from the KTM PowerParts catalog also (in the air intake). I’ve also got a different handlebar which just have less sweep back and they also have a cross bar to mount the navigator equipment. Quinn Cody [US development rider] recommended the quick fill fuel tank cap too.”

So what are the very real differences for someone to race an adventure bike? Is it more work all of the time or are there times when it is easier than a 450?
“The liaison is nice! To be honest it is more work all the time because it takes longer to stop, longer to accelerate and all that is physically harder. I don’t really make up any time in the high-speed stuff, a little bit maybe but it’s lost in the braking and accelerating zones. Basically I have to stand up more to make the bike do what I want to do. I don’t think there is anywhere in this event where an adventure bike is the better bike to have but that’s not to say it isn’t doable, especially in the different classes where you can compete with other adventure bikes.” And within that the KTM 1090 ADVENTURE R is a pretty competitive bike straight out the box …
“Yeah, for sure, it proves something about the bike, the KTM 1090 ADVENTURE R is a capable bike. It’s probably the most standard bike out there as well. So many other bikes have a lot of parts and money thrown at them to make them competitive and among them all I’m riding a bike which is essentially stock and, as they say, READY TO RACE.”

Mechanically each day it doesn’t seem to be taking much maintenance to keep the bike prepped?
“No, really Clemens (KTM factory technician) is changing tires and mousses nearly every day and brake fluid because there is a lot of heavy braking. But we changed the air box filters once but it proved a massive waste of time, they didn’t need doing at all and that is about it apart from chain lube.”

We know also you are tackling the Red Bull Romaniacs this year on the same bike. How the hell will that be?!
“Ha! A lot of people are asking me this of course but the honest answer is I don’t know what I will find in Romania because I have never ridden the Iron Class there. I think the riding will be more intense but the days will be shorter than this rally. There will be some of that typical quirky Romaniacs, “oh god, how am I going to get up here?!” kind of riding. The Hellas Rally is a really hard work in a different way with prolonged physical riding. I’m looking forward to it but it will be hard work!”