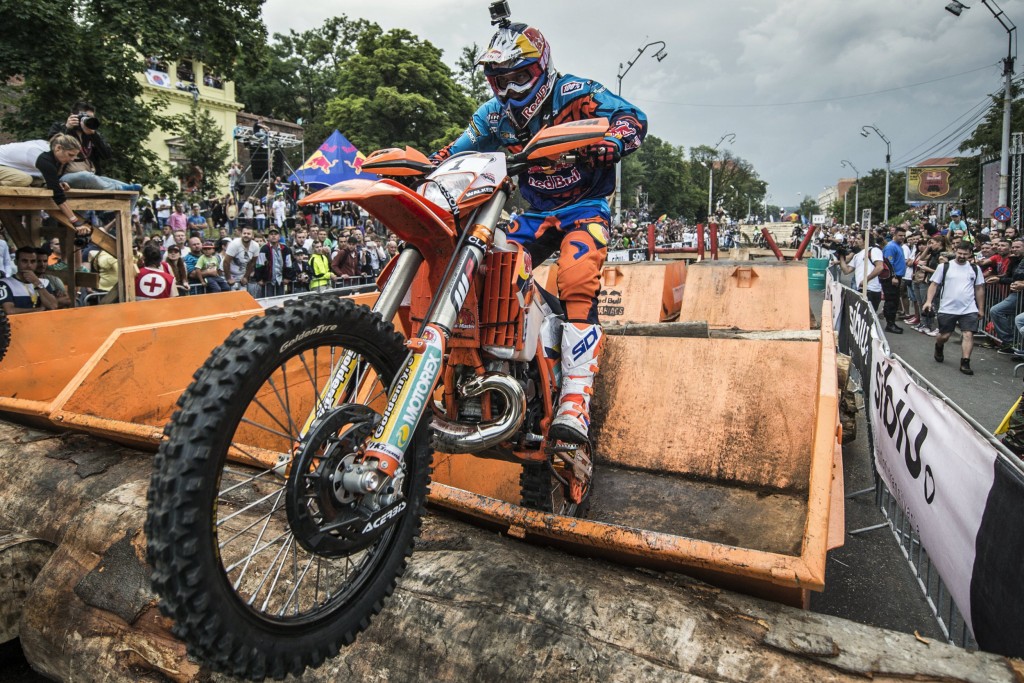 Red Bull Romaniacs is the toughest Hard Enduro Rally in the world. With one city prologue and four incredibly demanding days of Enduro riding, Romaniacs is a massive test of endurance and stamina. And not only for the riders …

So what about those working behind the scenes – the mechanics and team personnel who play a key role in getting their riders to the finish? Gaining a clearer insight into what it took to assist Jonny Walker in winning this year’s race Julian Stevens – Jonny’s man with the spanners in Romania – breaks down what goes into a typical day at Romaniacs … 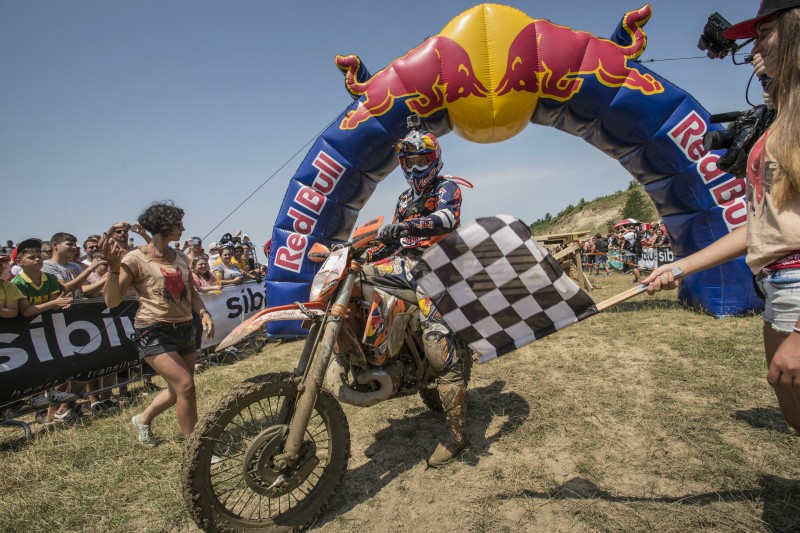 “The Red Bull Romaniacs is a very unique race. It’s very different than the majority of Extreme Enduro races we do. It’s Extreme Enduro but it’s four long days of racing that are geared more towards a rally style event. Whereas in places like the Erzbergrodeo we can see our riders at multiple locations, in the Red Bull Romaniacs we only see them three times during the day – the start, the midway service point, and if all goes well the finish. Riders are literally on their own – it really is man and machine against nature.

Red Bull Romaniacs is a five-day event. Day One is the infamous city prologue. It’s like an EnduroCross race on steroids where our guys go head-to-head in a 20-minute race, to determine the starting order for when the race really begins – on day one. These four days are where the race is won or lost – the prologue is just an awesome, entertaining spectacle for the public to enjoy. Out in the surrounding Carpathian Mountains is where the true Enduro lies. Every type of terrain the organizers can dream up is waiting to test our guys. As a mechanic and team assistant our day starts early – very early. My alarm clock howls before the crack of dawn at 4am. Yes, 4am! From then on it’s a long, busy day.

Once my alarm sounds I’m up and out of bed. After a quick wash, I grab my gear bag and head down for breakfast at 4.10am. After twenty minutes of force-feeding cereal and bread into my belly I join the queue for the GPS systems. These are critical – they are basically the track map for the current day’s course. Our riders have two each – we hand them in each evening to get them reprogrammed for the following day – then pick them up in the morning.

With such a big entry it’s critical to get into the queue first as Jonny is usually one of the first riders away. At 5am, I receive the GPS, collect the team’s van, fit the GPS to the bike and once Jonny arrives we head to the start of that particular day at 5.15am.

It’s generally a 45-minute journey to the start line of each day – some days it’s a trip filled banter and laughs, sometimes there is only silence. Really it depends on the mood and tiredness levels of all involved. Once we arrive at 6am, we get the bikes out and give them one last check over in readiness for the 6.30am start. During those final few moments we make sure our riders are ok, got everything they need and are in a positive mood. A quick handshake, nervous joke and we wave them off for the day. They’re on their own now for the next three hours.

Jumping back into the van we drive towards the day’s service point, get set-up and wait for them to come back to us. This is about the only time we get to relax. Well, relax as best we can. A bit of food, a quick power nap and constant checking of the Live Timing App fills the void. I always hate this part. If they are early it’s great but if they go past their scheduled arrival time – which they generally do – every conceivable thought goes through my mind. Are they ok? Is the bike? Where are they? 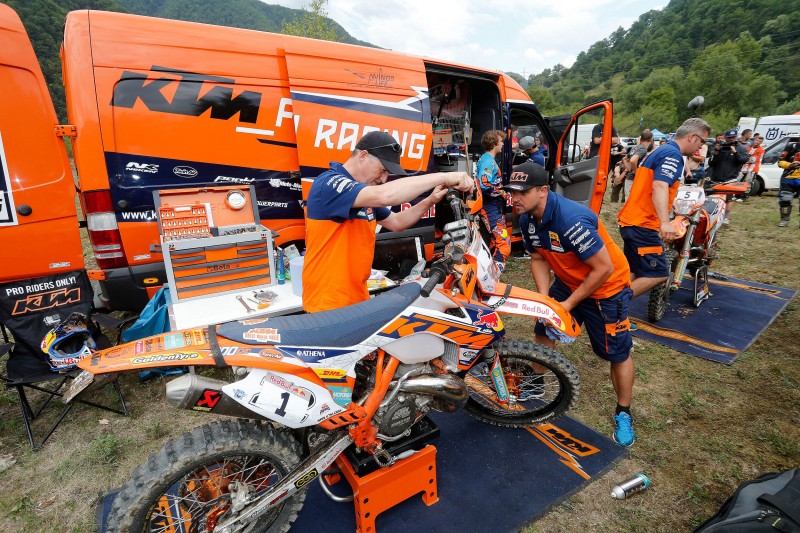 Once they get to us – usually about 11am – it’s all hands on deck for those 20 minutes of service. The first thing I do is speak to Jonny. He knows best what important stuff needs doing. Next I refuel the bike – I always do that first. Then check for any damage, anything that needs replacing and clear mud or blockages from the radiators. Before we know it, Jonny’s putting his helmet back on and he’s away. 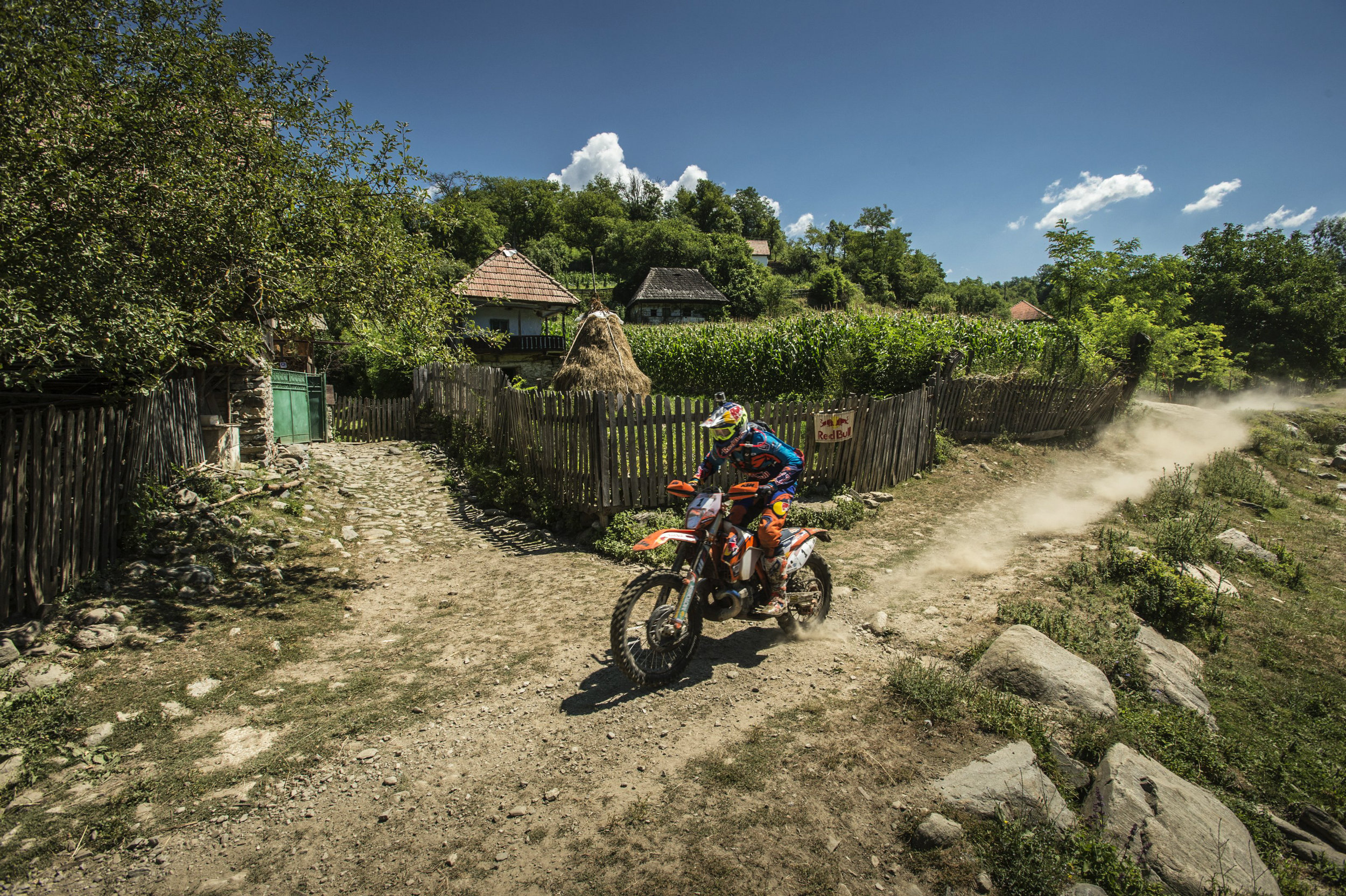 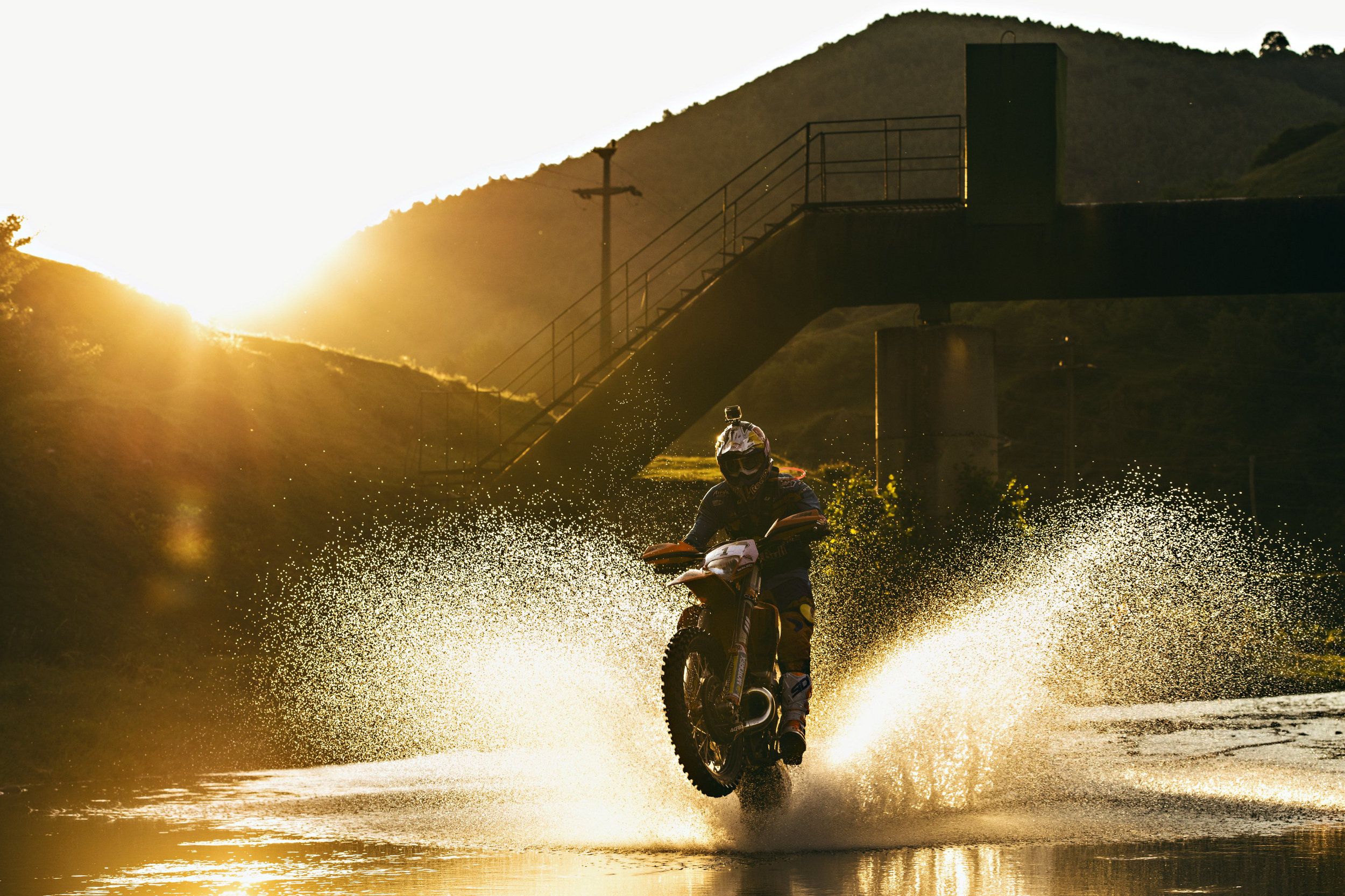 Loading the van back up it’s off to the finish line to wait for them to come home. Checking the Live Timing App we know when they’ve passed the penultimate checkpoint and are closing in on the finish. On arrival – about 1.30pm – it’s important to give them their sponsor hats for the TV interviews. After a quick debrief of the day the bikes are put back into the van and we all drive back to the paddock in Sibiu to get ready for the next day.

Dropping Jonny off at the hotel – he grabs a shower and a few hours sleep – we head off to get the bikes washed. Then an afternoon of rebuilding begins. Romaniacs is hard on machinery so Jonny’s KTM 300 EXC gets stripped down to the frame. Everything is checked for damage. Tires and mooses are replaced, chains, brake pads and air filters changed. Gearbox oil changed. If the exhaust is damaged, that’s replaced too. Sometimes a radiator will need changing if it’s been damaged in a crash. Once that’s done we prepare everything for the next day and reload the van. 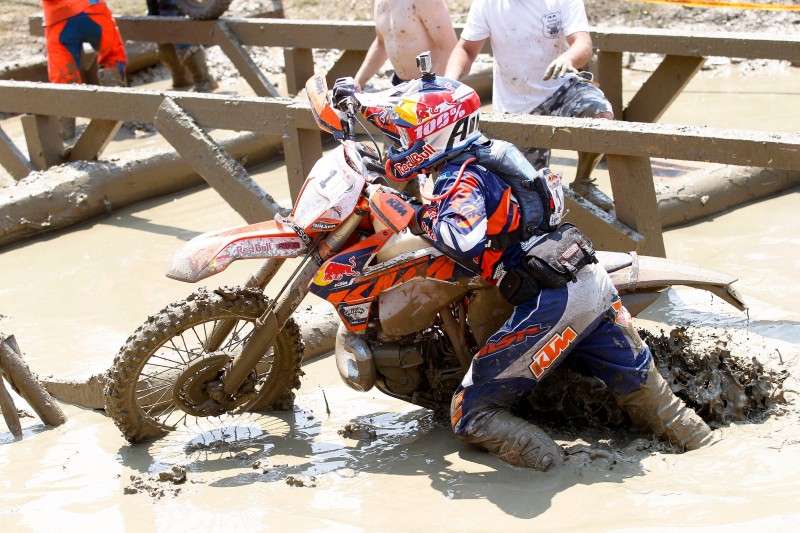 Generally every task is completed by about 8.30pm. That gives enough time to grab a quick shower at the hotel before heading to the rider’s briefing at 9pm. This is where we get all the track info and service locations for the following day. It’s important to attend as organizers usually give a detailed breakdown of the course and what riders can expect.

By 9.45pm it’s finally time for dinner and a few minutes to collect our thoughts. By 10.30pm I head back to the room, check my bag is ready for the next day and set the alarm for 4am ready to do it all over again!”