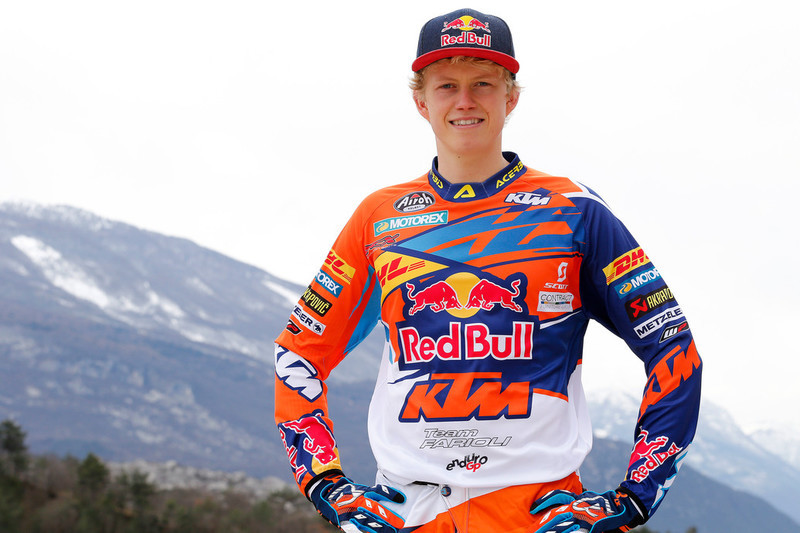 Nathan Watson is truly making waves in the EnduroGP World Championship. The Red Bull KTM factory racer made the switch from Motocross to Enduro this year and, quite honestly, came into it with no expectation other than to learn as much as possible from the team. However, having only finished off the podium once since the start of the season, and fighting for the E1 title, the ever-smiling Watson has been a man on a mission. 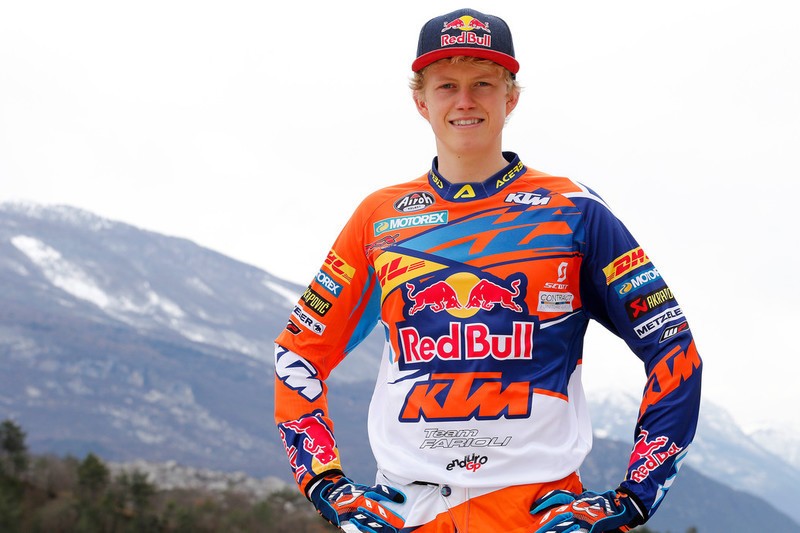 “I came into it with no real expectations. I didn’t have a clue where I would be with the results, as I’ve never done an Enduro race before. I would have been happy just to get a podium by the end of the year to be honest. It started off pretty steady; the first Enduro World Championship event was in Morocco, it wasn’t that great, but I was on the podium, so I was happy and from there we just have continued to learn.” After taking his maiden win in Sweden, Watson went on to take both days the following round in Spain, which with an engine failure of his arch-rival Eero Remes, has put him within reach of a world championship title. His performances have certainly outweighed all expectation, despite it just being the British-ace’s debut year.

“The weekend in Spain was a perfect weekend. I took my first win on the second day of Sweden, the round before, and I knew I was catching up with Remes. He was winning all the races at the beginning of the year, but I’ve been getting closer and closer. In Spain I was faster than him in nearly all of the tests, despite making mistakes that made it tough for myself. I won comfortably, but in the second day it was definitely harder, as I put that pressure on to win again. I was two seconds up going into the last test and his bike broke, which was unfortunate for him, but it has brought the championship a lot closer.”

“I really didn’t expect to be winning in the first year but of course it’s something I’m happy with. There’s a lot to learn and I’m sure I’ll keep learning.” 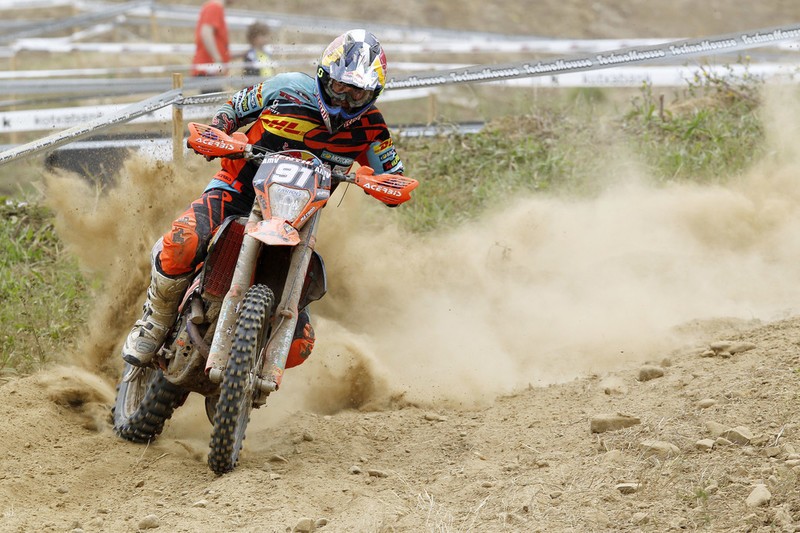 Many of the sport’s fans were confused on why Nathan made the switch from Motocross to Enduro, after all he was in a good team racing at Grand Prix level, but the 21-year-old could see the potential being with a KTM factory team and knew this was an opportunity not to be missed. However, Enduro is tough. Not necessarily just the many hours on the bike, but the walking before the race days up huge hills and mountains is a test in itself.

“It’s been a tough step going from Motocross to Enduro. You arrive on a Tuesday, walk around 30 kilometers a day on Wednesday, Thursday, Friday before you even get on the bike. Obviously on a Saturday you go into the first test and you need to go as fast as possible, so it’s important to know where you’re going the only way to do it is walk and walk again the tests. It’s a lot of walking!”

“We only walk the special tests three times, and by then you have a good idea in your head of where you are going. You won’t know every little bump, but what corner is coming next should be pretty much there. You have to take everything as it comes.”

“On the first day you start with around seven hours, and at the end of the day you change your own tires. It’s a long day that’s hard on the body. Then you do it all again the next day. On Sunday mornings I usually feel a bit tired, but once I’ve got going I loosen up a bit. It’s really tough physically compared to Motocross, but it’s not as intense during the riding, it’s just a lot of work over a longer period of time.” 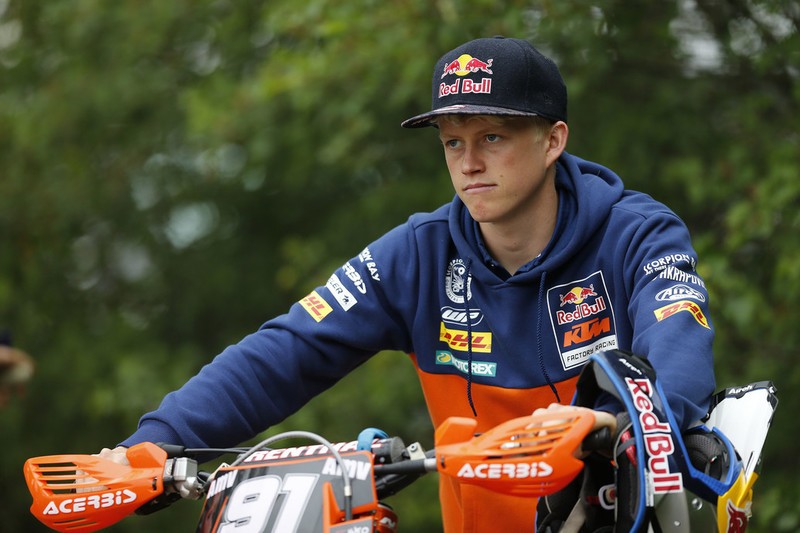 Nathan’s brother is also racing at world championship level, but in the Motocross scene. Now they both race different disciplines, we ask how Nathan’s training has changed since he made the switch.

“At the start of the year I was in Italy a lot riding and training. And after a week away at the GP’s you come back and you need a few days off the bike. I try to keep a balance so I don’t burn myself out, and I haven’t really changed my training pattern, I just try to ride a bit more Enduro. I still ride Motocross as well, as it’s good training for your speed too. At the tests it’s hard to judge, but you need to go flat out, as it’s a long test and you’re on your own. You’re not racing anyone on the track. You have to push, and it’s hard not to get into cruise mode with nobody behind or in front, as it’s easy to lose a lot of time. The terrain is a lot more technical than I originally expected, but luckily I do a lot of trials; I’ve got a trials bike and it’s good I did that before I started, as it’s helped me a lot.”

We also know Nathan has long legs, so that’s sure to have helped paddle some of the tough stuff in the Enduro world series. But it’s clear; Nathan was meant to be learning from his older and more experienced teammates, but he’s put himself firmly on the map without too much difficulty.

And something he’s never done in Motocross is the tire change. Eight hours on the bike and then the rider must change the tires … it doesn’t sound fun!

“I’d never done a tire change before I came here but I’m not that bad! We do two changes a weekend, and it’s not something I practice, but it’s not too bad.” 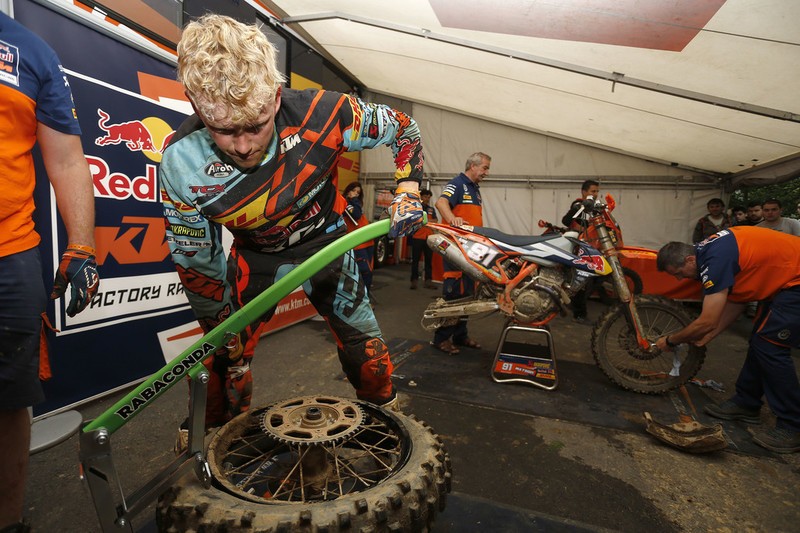 Talking about the championship Nathan knows it’s a possibility, but it will also be incredibly difficult. He’s already secured second in the series, which is an outstanding achievement in itself for a first year, when the format of Enduro is so different to anything he’s used to.

“I don’t really feel too much pressure. I’m here to learn and I’ve got a two year deal so it’s about taking as much in as I can and doing the best job I can. There’s no pressure from the team, but obviously I understand how important it is to do a good job and all I can do is my best and try not to think about it too much.”

“Obviously it’s been hard not to think about the championship. It’s within reach, but a top three is a good result for year one. I know it was the right decision making the change. Obviously I would have loved to race Motocross, but it was a big decision that gave me a lot to think about for my career and KTM is certainly the best in terms of opportunity. I did the first test and really enjoyed it, for me I’m riding a bike and it’s my job, so I’m happy. I don’t miss the battles and starts in Motocross. My specialism in Motocross always was my qualifying lap, so it made sense to do it over a longer period racing the track on my own in Enduro.”

Finishing off Nathan explains how much he’s enjoying the bike …

“We didn’t have everything in place in the testing at the beginning of the year, with it being a new model, but it’s a completely new bike and I’m really happy with it. There was a lot of work at the beginning of the year to set it up, we’ve put a lot of work into it, and the new bike is a lot faster than the previous models. I really couldn’t be happier.”