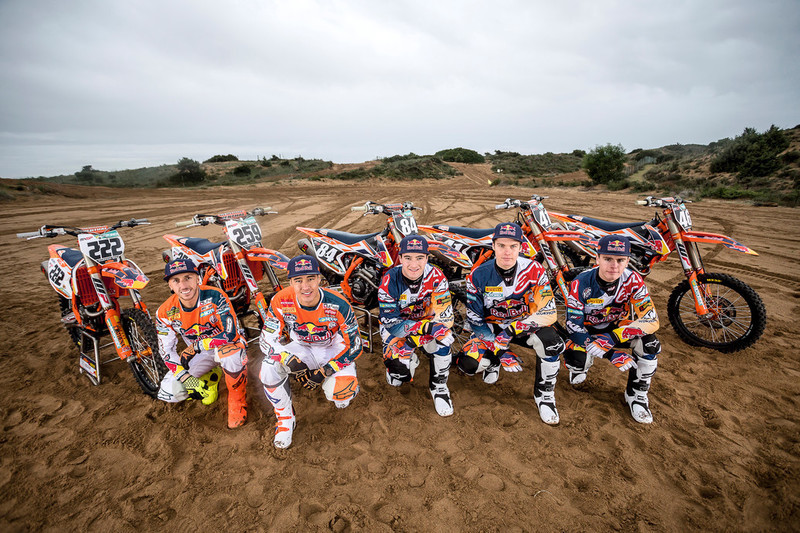 The start of the new MXGP season is less than one month away and for the Red Bull KTM Motocross Factory Racing Team the season traditionally starts with the team´s official photoshoot. What was it like shooting the five-strong 2016 Red Bull KTM Motocross Factory Racing Team? We chatted to Uruguayan MXGP photographer Juan Pablo Acevedo and unveil a gallery of the brand new pics …

The island of Sardinia was again the location for Red Bull KTM to show off their new colors, designs, fitness and form for the forthcoming racing campaign as the team’s official photoshoot took place for MXGP 2016. Already a staple part of their pre-season routine, the multi-title winners braved some reasonable winter weather for JP Acevedo’s cameras. 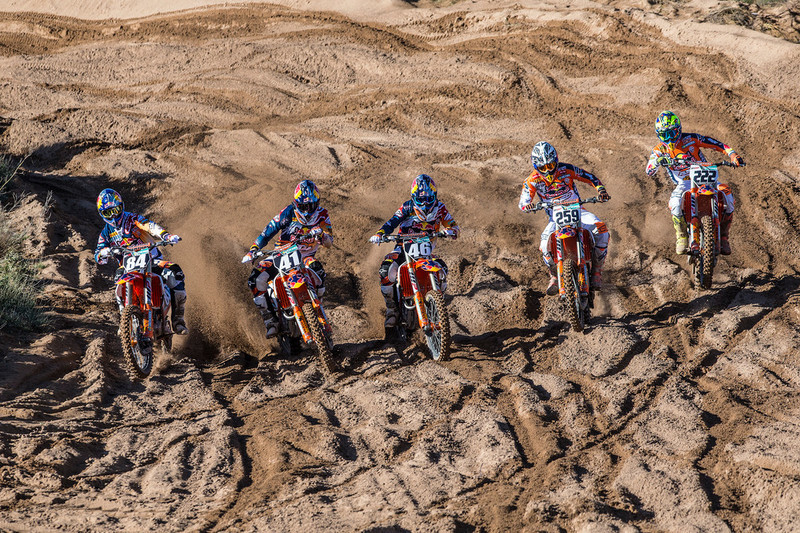 It’s a new season with new challenges in the MXGP World Championship for the Red Bull KTM Motocross Factory Racing squad with eight-time World Champion Tony Cairoli and his KTM 450 SX-F once again spearheading KTM’s higher capacity class campaign with new teammate Glenn Coldenhoff. Italian-ace Cairoli will be looking to put his injury woes behind him while Dutchman Coldenhoff, who won his first Grand Prix during his MXGP debut last season, switches to orange in a bid to step up his campaign with the big boys. 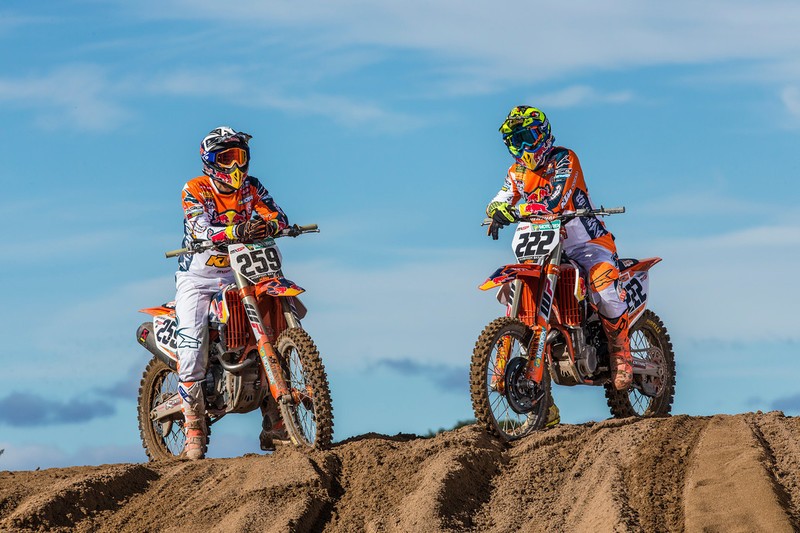 In the MX2 series Jeffrey Herlings will once again be going for gold on his KTM 250 SX-F, but not without a challenge from within the KTM team in the form of Latvian star Pauls Jonass and former junior champion Davy Pootjes. Herlings will be looking to get right back on point to his race winning ways, but Jonass, last year’s runner-up in the MX2 World Championship, along with the up-and-coming Pootjes will certainly be looking to keep the orange team right at the head of the field. 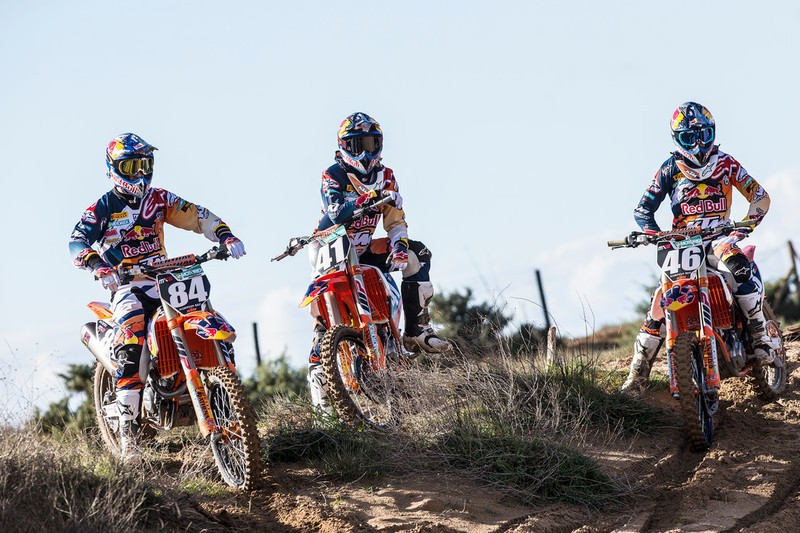 We spoke to Barcelona-based Acevedo on the process of shaping the image and look of the squad before they start a long competitive calendar. “For me it was the first time shooting Cairoli so it was a bit intimidating in the beginning because I had worked with Jeffrey the previous year but he had been alone and not part of the full line-up of five factory riders,” he says. “It was OK. A rider who is new to the process like Davy Pootjes listens a lot and really goes for it. The others are very familiar with the process … but it was good.”

“I shoot with a Canon 1DX and used the 300 mm lens quite a lot for a nice depth of field and this also helps if the background is not so nice,” he reveals. “We took two hours for the MXGP guys and two for the MX2 … but that was without jumps. We used two flashes for most of the shots and I had someone helping me move the equipment. The flashes help you to be more creative and to make the photos look different to a normal race.”

The Alghero circuit was once more the setting for the photography. Wide sandy ‘roost’ shots were the advantages of the terrain but the lack of jumps on the layout meant traditional ‘whip’ photos were more of a challenge. “To have a good variety of pictures it helps if you are at a good track,” JP says. “Sometimes the track is not great but the weather or other conditions can really help. This was the case last year with Jeffrey in Spain; the track was poor but we found a decent corner and jump and it looked like the whole shoot was great! This time we were at a sandy track and you can move around to different spots but sand always looks the same. We used five different places but they all looked quite similar.”

“For the riders I think doing a photoshoot is generally a pain in the ass!” he reasons. “It is pre-season and they are training and they need to stop their routine for a day or two. The team is normally testing as well. The shoot is something they know they need to do but we still try to go as fast as possible. There can be quite a lot of waiting around so I went quickly during the static pictures and you just try to be as professional as you can while keeping everybody happy.”

The official photoshoot serves many promotional purposes but it is also a small treat for the fans to see how some of their favorite racers will be looking as the calendar builds up to launch. Enjoy some orange dirt bike pictures of some of the fastest riders and machines in the world! 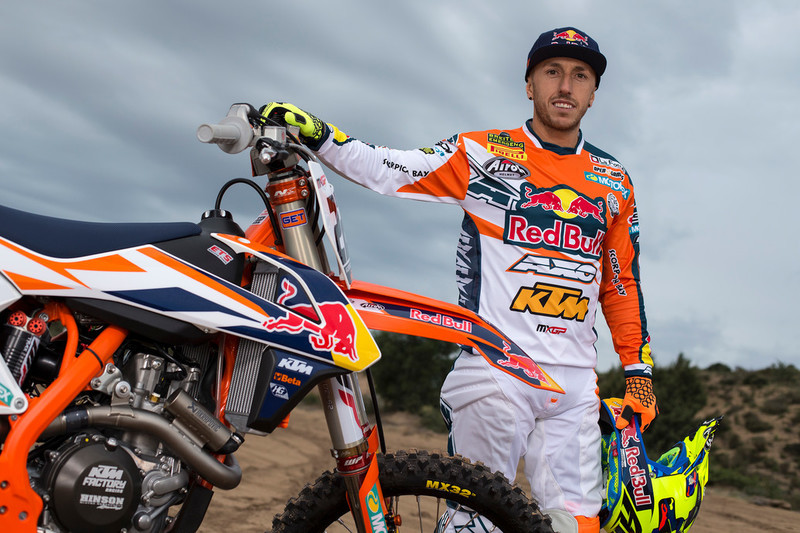 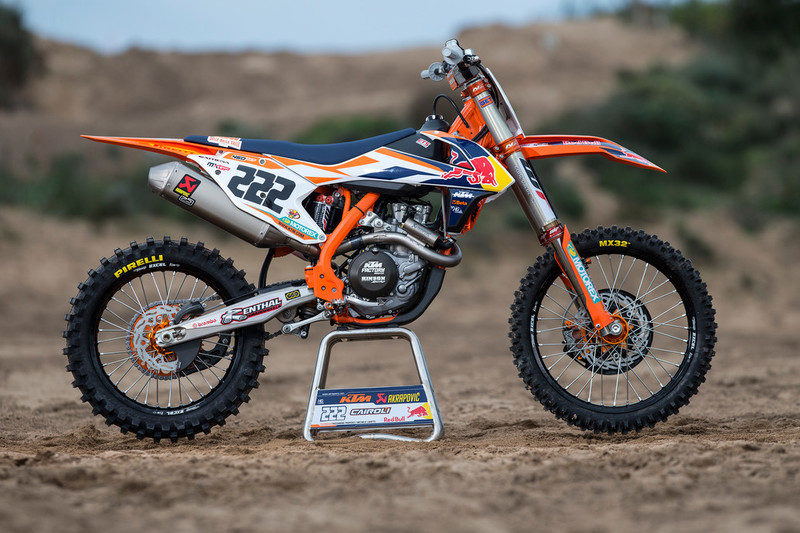 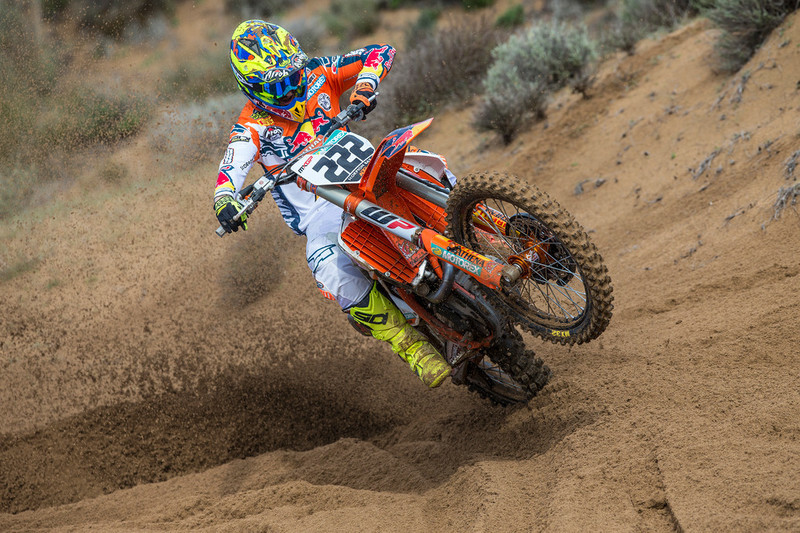 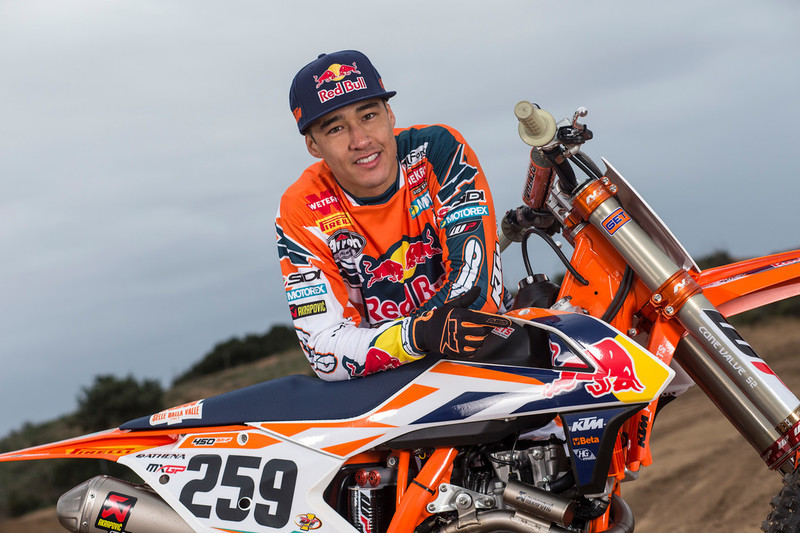 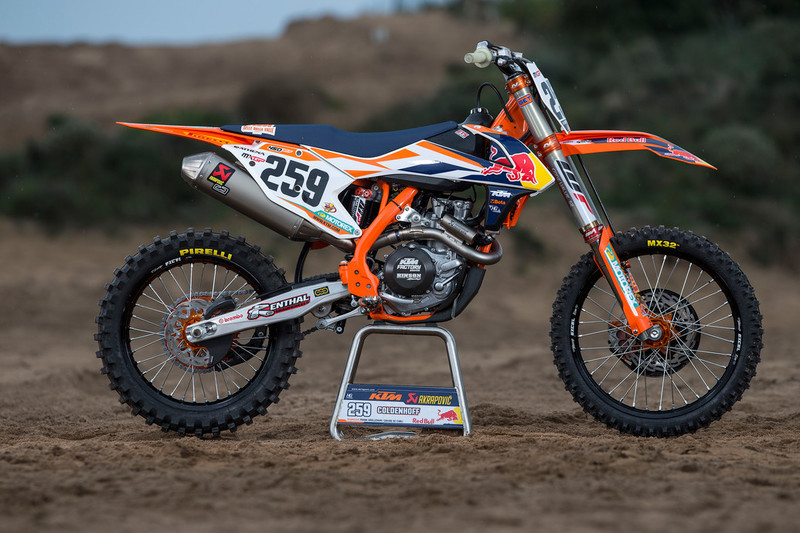 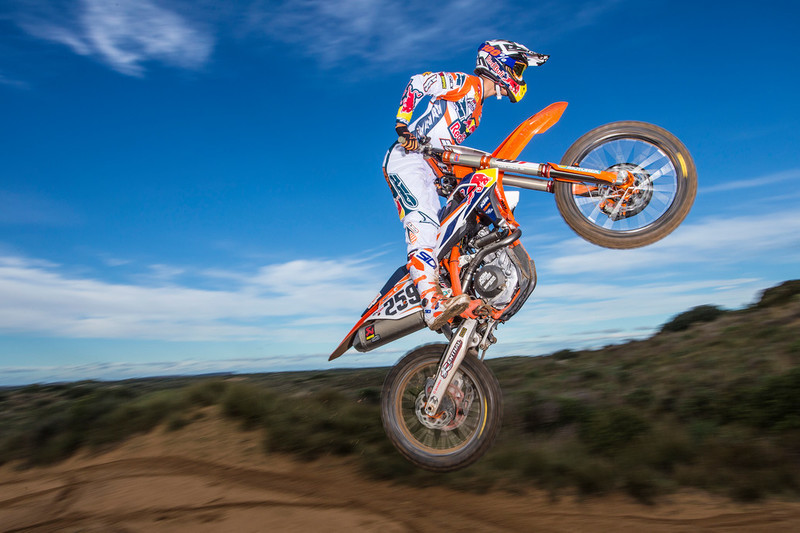 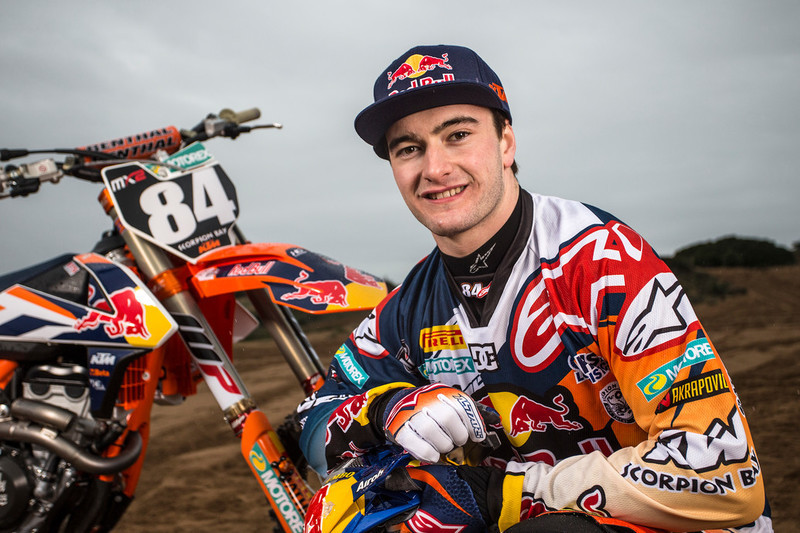 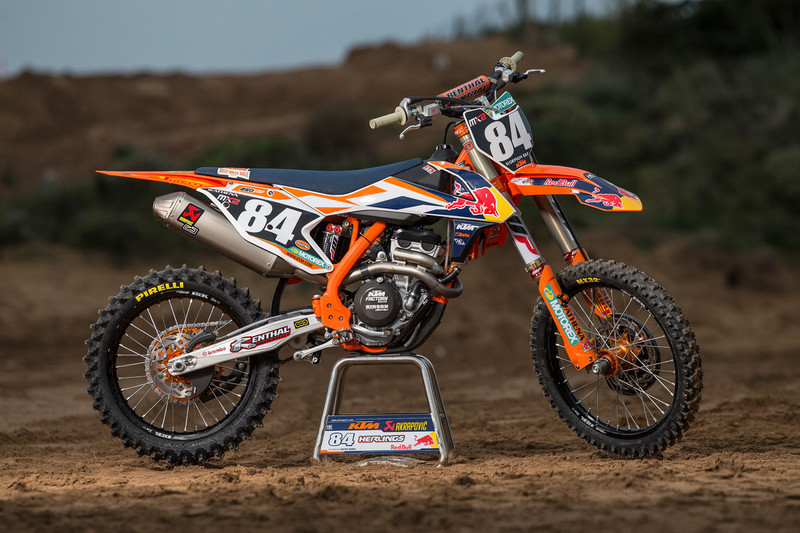 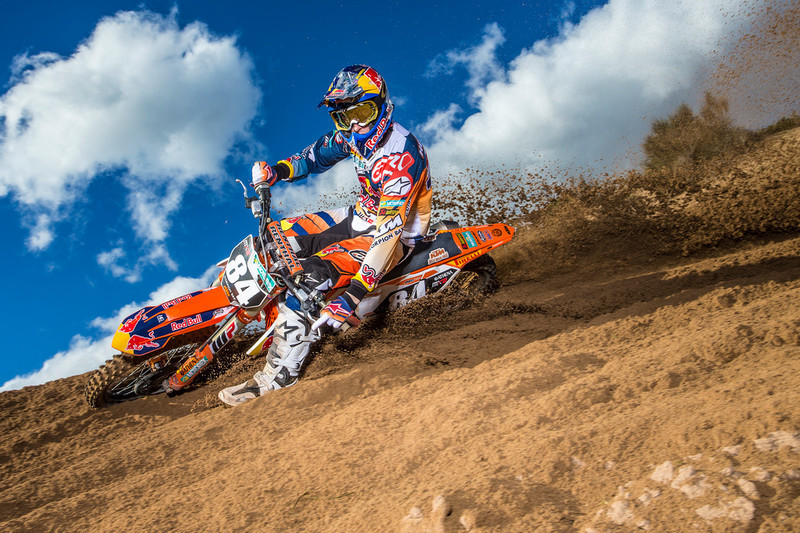 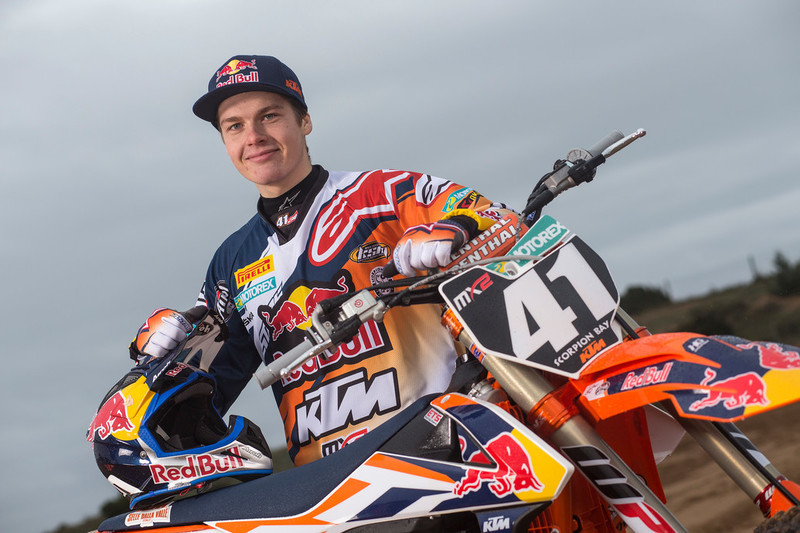 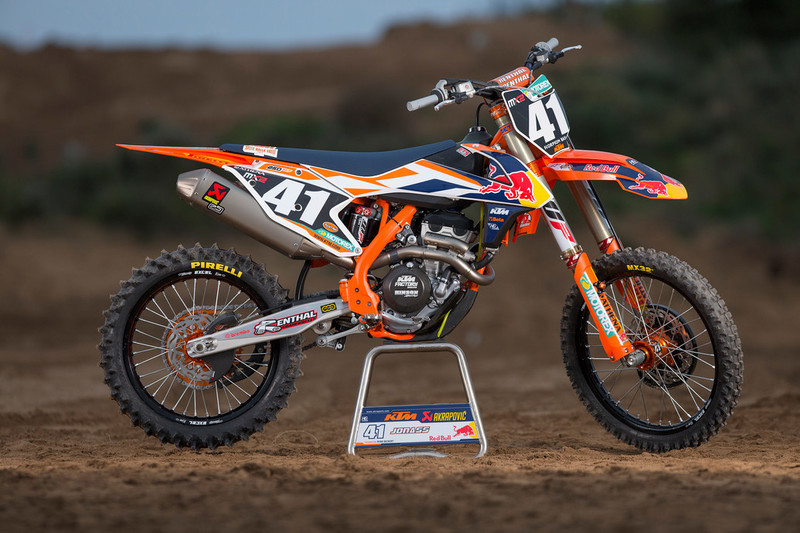 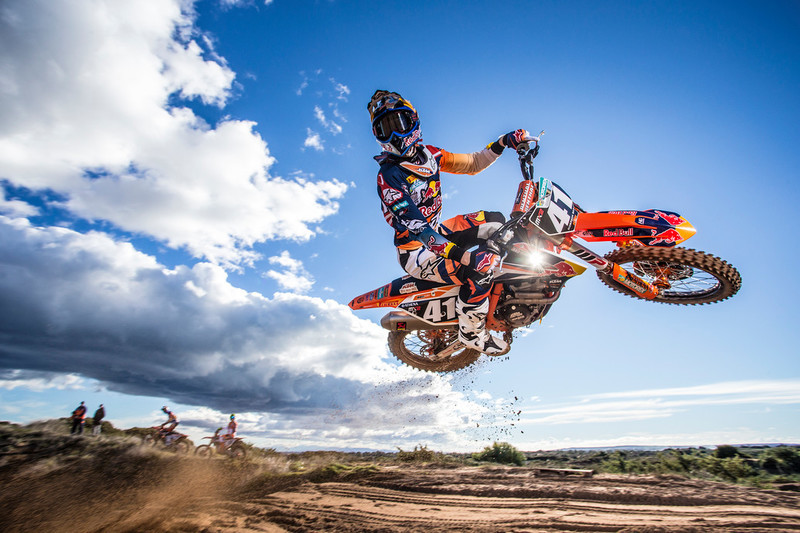 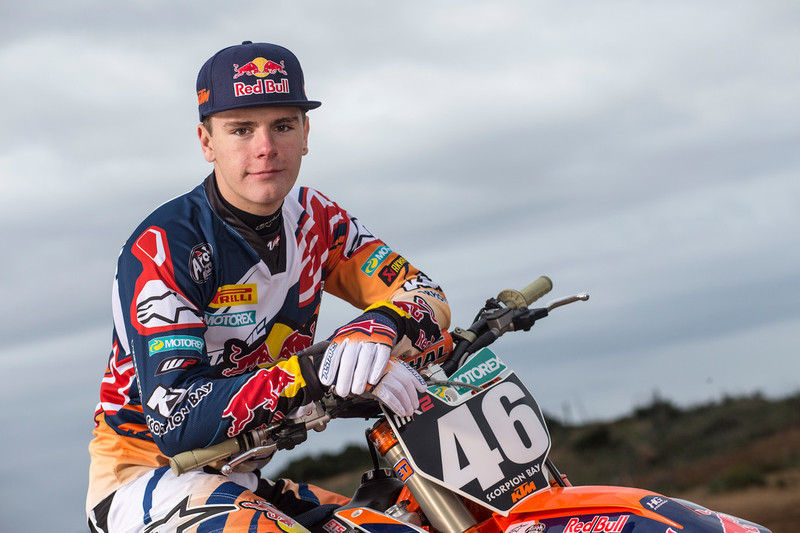 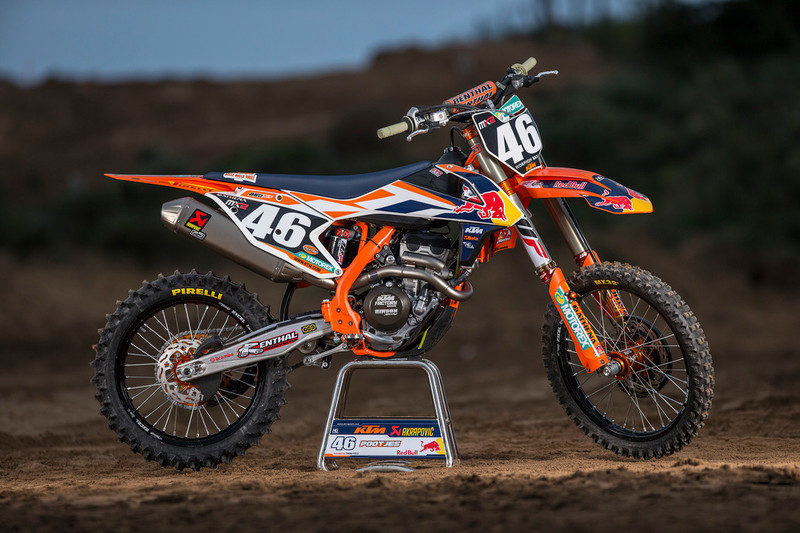 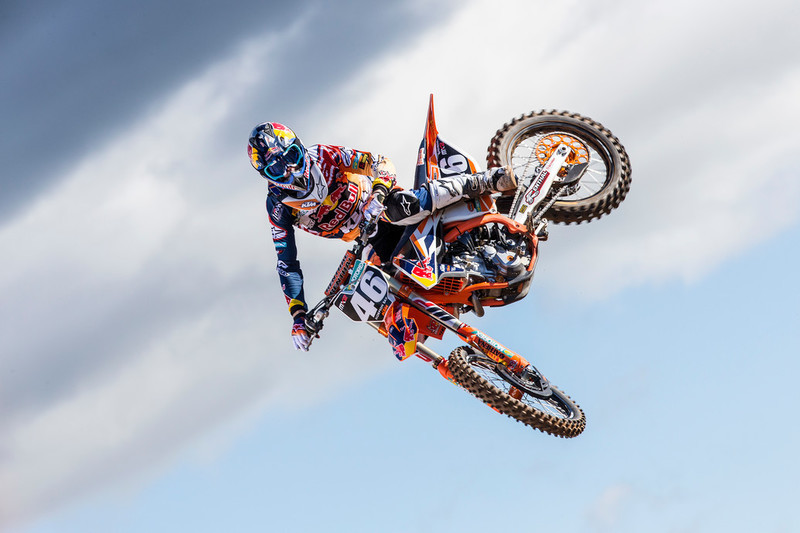