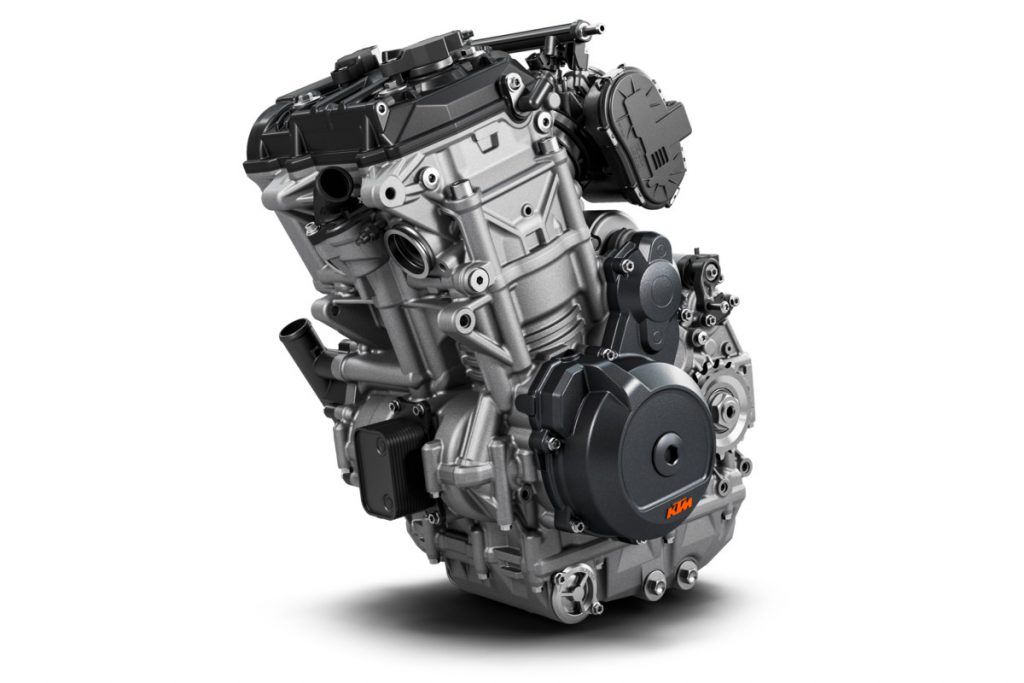 One engine with two different applications. We take a longer look at the LC8c engine that propels the new KTM 790 ADVENTURE/R and discover what makes it different to that of the KTM 790 DUKE. 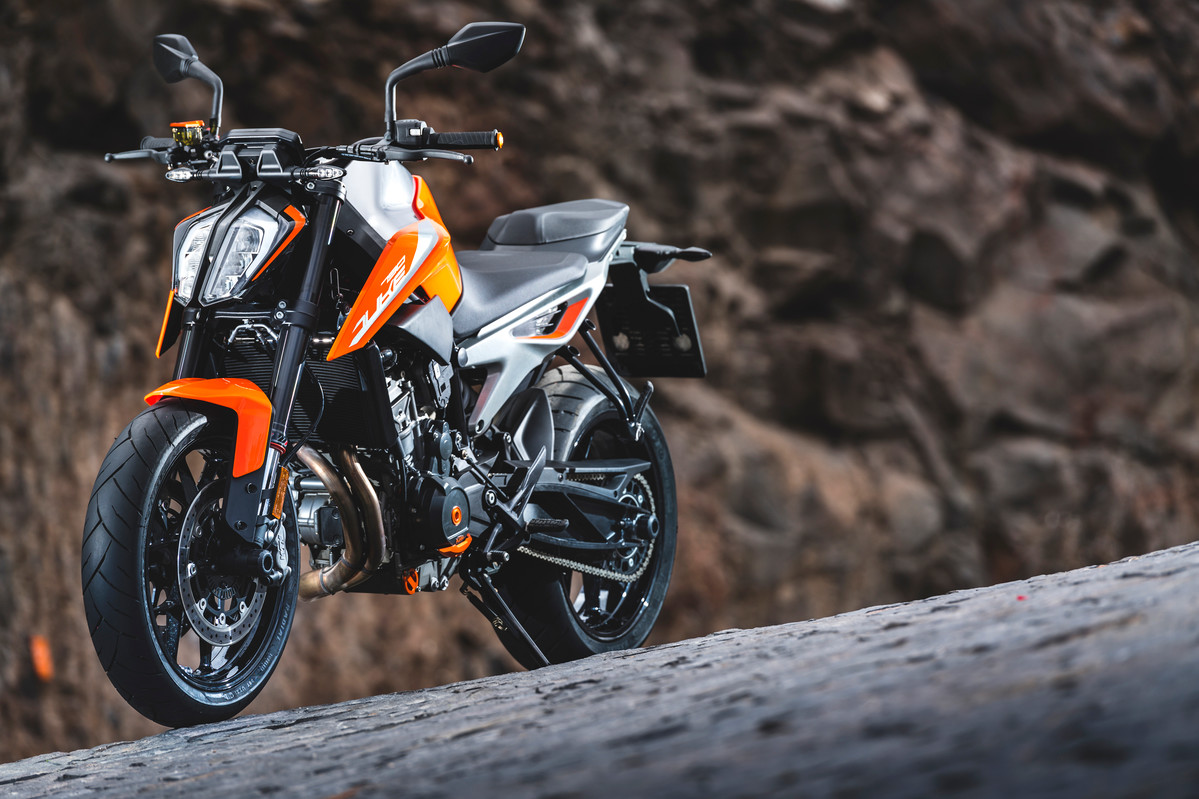 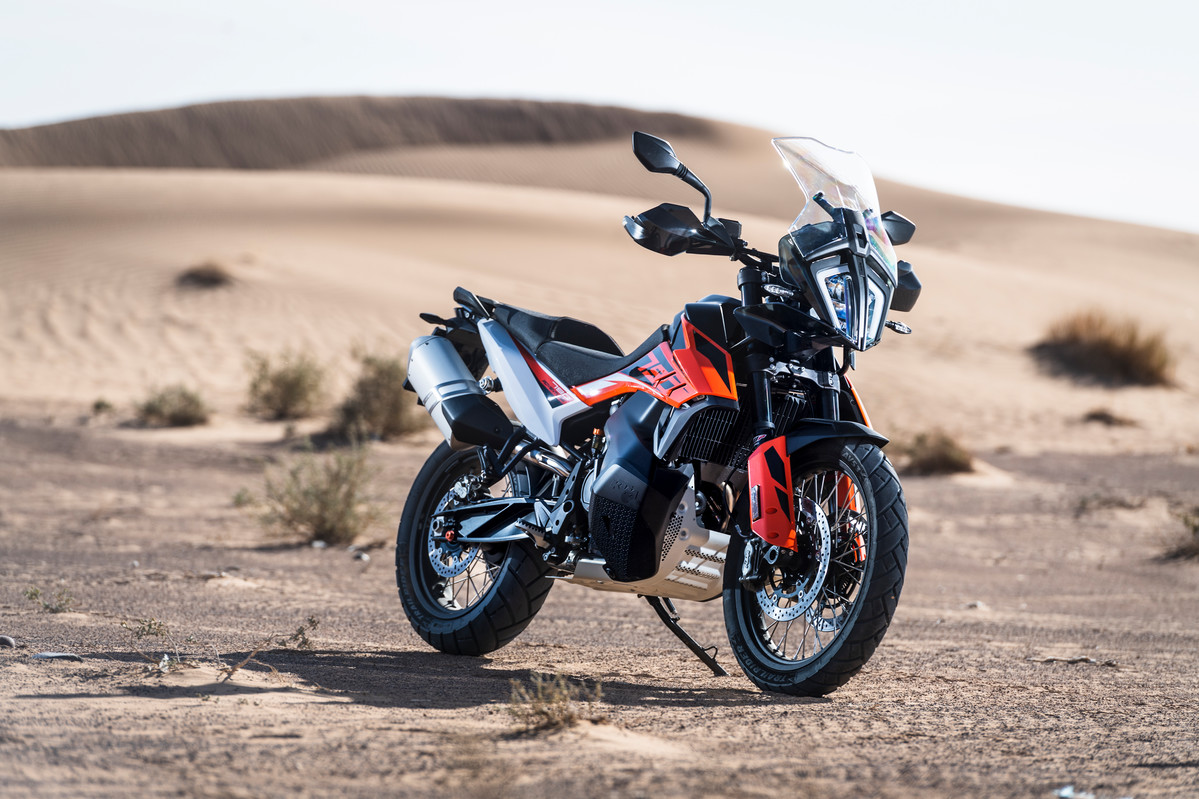 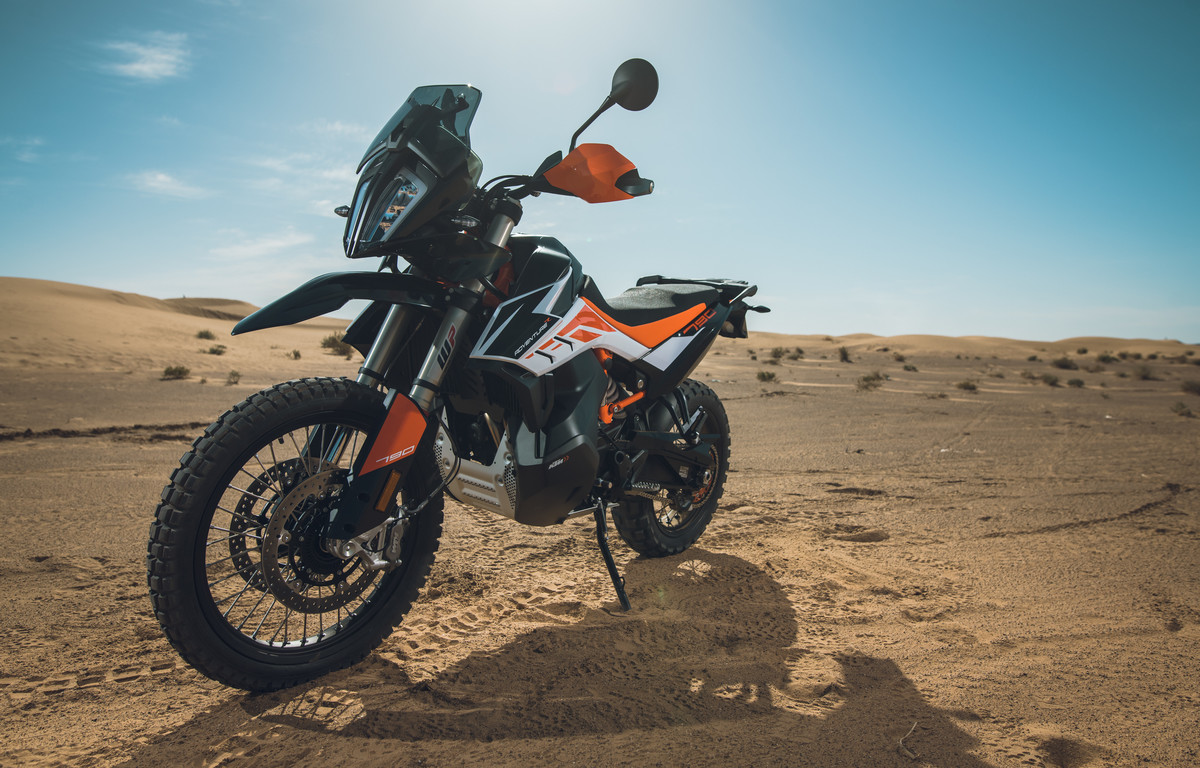 The Motorenwerk (engine plant) is in eyeshot of the main assembly plant in neighboring Mattighofen and flanked by the gigantic WP facility, KTM Factory Racing, the KTM E-Cross Center, the offices of KTM Austria and the new KTM House of Brands. The plant runs 24/7 and over 200 people work here to produce 300 to 400 engines every day; 2-stroke and 4-stroke, single and twin cylinders – including the new parallel twin LC8c.

Until the arrival of the KTM 790 DUKE in 2018, single cylinders and V-twins were the only engine layouts on offer from KTM. But this typically dynamic, aggressive and sporty machine came powered by the all-new LC8c parallel twin – KTM’s first production inline twin cylinder (if we don’t count the 2-stroke engine in the 250cc Grand Prix bike …). So, why this change in configuration? We asked KTM Product Manager, Adriaan Sinke, that very same question at the KTM 790 DUKE media launch last year.

“There are many reasons for this,” Sinke replies. “But mainly to satisfy a need in KTM’s existing street line-up to bridge the gap between 690 LC4 single and 1290 LC8 twin; completing a DUKE capacity ladder and now giving all riders a KTM option in the highly competitive naked middleweight segment. For this capacity, a parallel twin offered the best packaging solution, in terms of its compact and narrow size. We call it LC8c – which means ‘Liquid cooled 8-valve compact’. This is an all-new engine that brings together experience from all KTM engine types – even from offroad. Calling it a 790 when it’s actually a 799cc just fits in with the brand naming logic.”

The extremely compact design of the LC8c has provided new packaging advantages for KTM. With its size and using the engine as a stressed member, the absence of a ‘rear’ cylinder and air box mounted above the cylinder heads gives more flexibility in terms of help create ergonomics to fit riders of all sizes no matter what the final application and type of bike.

History has shown us that KTM builds an engine for the intention of multiple uses. For example, the LC8 V-twin has powered superbikes, super nakeds, super adventures, super enduros and supermotos! That sounds like an easy way of making bikes, right? But KTM aren’t the kind of company who take the easy route, otherwise they’d have just used the KTM 790 DUKE’s engine in the new KTM 790 ADVENTURE and KTM 790 ADVENTURE R. 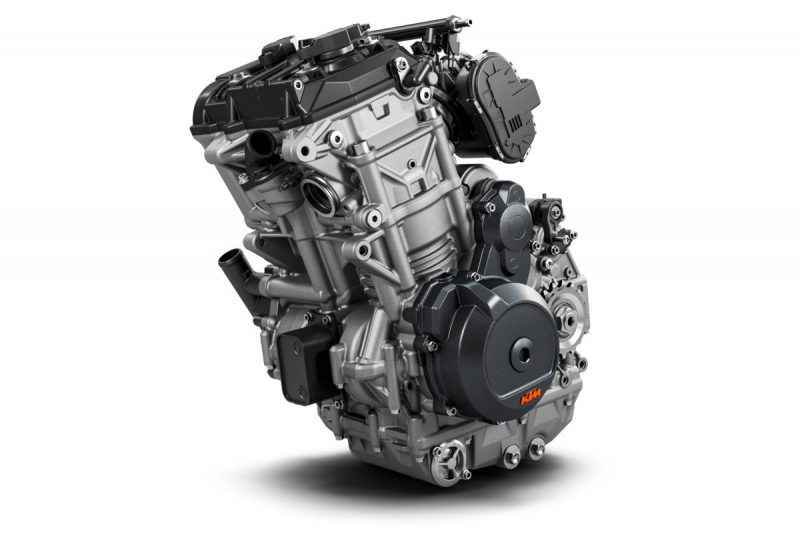 Physically from the outside, the two engines are identical. On paper, the ADVENTURE model ‘loses’ 10hp at peak power but has fractionally more torque. So, we asked Andreas Guehlsdorf, Project Leader for the KTM 790 ADVENTURE/R, to talk the torque and tell us what is the difference and why?

“Both the KTM 790 DUKE and KTM 790 ADVENTURE/R projects began at the same time, but the latter needed a longer development program. So, it wasn’t a case of changing the DUKE engine for the ADVENTURE – they were worked on in parallel, if you excuse the joke,” Andreas explains.

“The approach was that we wanted to have better torque; to get it quite low in the rev range. But of course, we tried the ‘DUKE’ engine in the ADVENTURE and it just didn’t suit this bike. It was almost too nervous because it just wanted to be let loose rather than cruising through a town. Adventure is all day riding – not a sprint!” 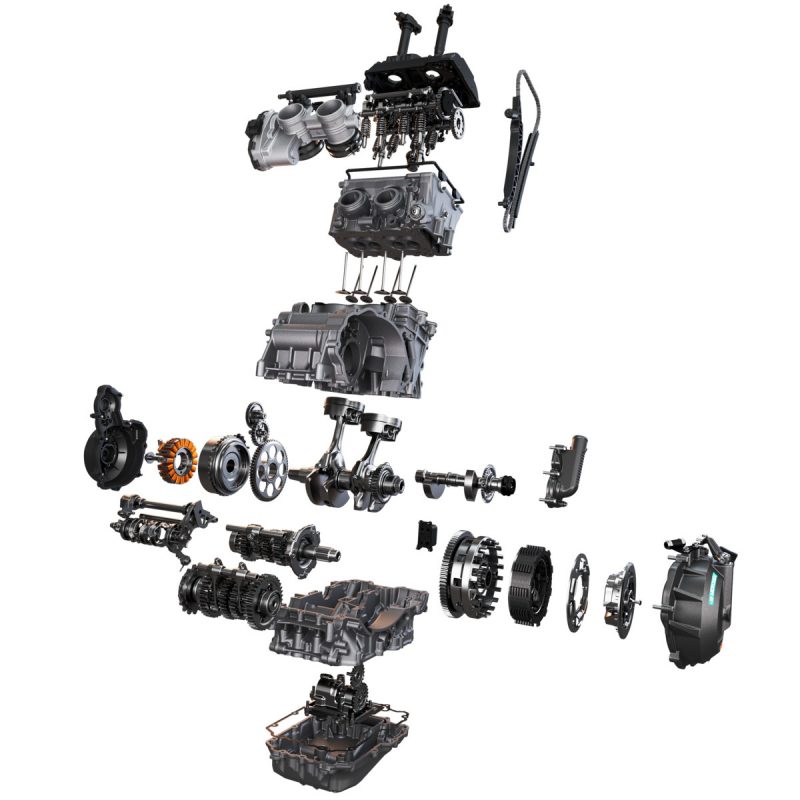 So that’s the riding positioning and reasons why, but what are the component differences?

“It is down to cam timing, a longer intake tract and of course different ECU mapping,” Andreas continues. “We started with the longest air intake snorkels possible in our package and adapted the inlet and outlet cam to reach the 95hp. It was the intention to keep at least 95hp and gain the maximum torque performance out of these measurements taken. In addition, with the new mapping, we got a really nice ridable torque line with smooth running in low revs and below 100g/km CO2.”

So, and like a lot of the development work the KTM 790 ADVENTURE and KTM 790 ADVENTURE R, KTM doesn’t favor the easy route and chooses to create a unique path. And that means that the Munderfing Motorenwerk will not be slowing down too.

To give you an idea of how life starts for an LC8c engine – and all KTM engines – each one is tested on the dyno. For the 4-strokes, this procedure consists of two parts. After it has been mounted on the dyno, each engine is turned without ignition by an electric motor (which is integrated in the test rig) via the output shaft. This serves to check if oil pressure is generated sufficiently and that water circulation works ok. If this is the case, the engine is started on its own for the very first time. This run lasts about two minutes and incorporates a predetermined testing procedure at different engine speeds. At the same time, a check for any leaks or unusual noises is done also the transmission is tested for smooth operation.

After the dyno test run each engine is back on the palette and transported again to the final assembly area. In this zone each 4-stroke engine is lifted and fixed on a working bench, where mechanics first drain the engine oil. After a new oil filter is installed the engine receives a fill of fresh oil. In addition, valve clearance is checked again and – if necessary – reset with appropriate shims. And once the engine is built into the bike, the engine is run up again on a dyno before the bike is packaged up and sent to the dealer – ready for a new owner to take it on heart-racing adventures!