In 2014 the RC 390 was released on the riding public. Typically KTM, it was dynamic, pure and naturally READY TO RACE. But by removing the legally required road parts to reduce weight by 9kg and by adding track-focused PowerParts and fully-adjustable WP Suspension, the already sharp blade became a katana and the perfect machine for young racers to learn and develop their craft.

Last season the ADAC KTM Junior Cup, racing mainly at IDM German Superbike races and supporting the German MotoGP, became the first to unleash the ‘CUP’ variant RC with great success. In 2015, a host of other countries across the world are adopting this machine to give tomorrow’s World champions the chance to shine as either a dedicated series or to clash bars with rival manufacturers. 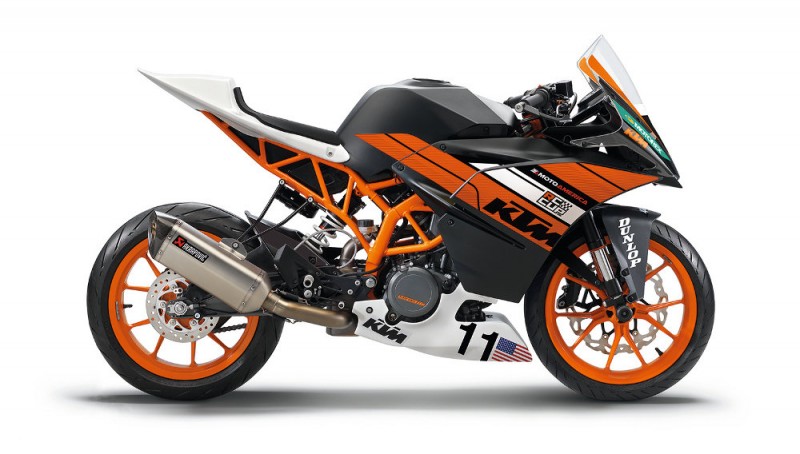 Ahead of the start of the MotoAmerica AMA/FIM KTM RC CUP Championship in the United States, KTM BLOG caught up with KTM North America, Inc. Motorsports Marketing Manager, Christy LaCurelle, to find out a little more about the series. 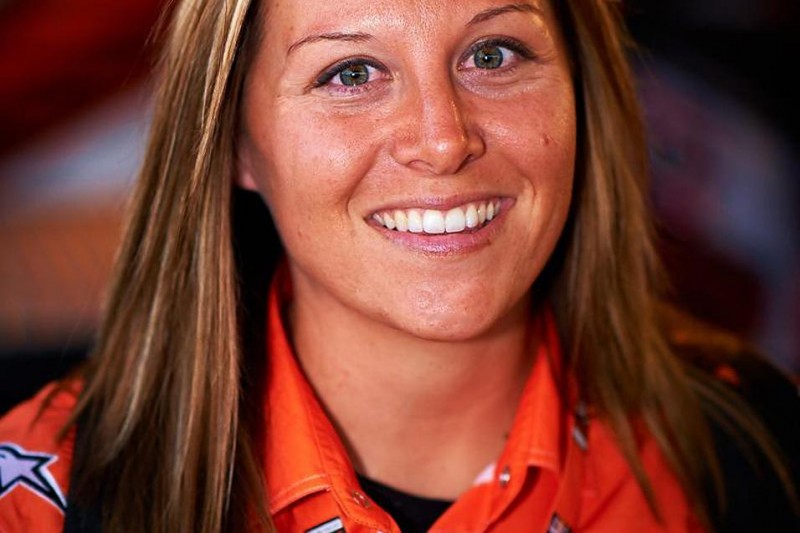 Do you see the series as a replacement for the Red Bull AMA U.S. Rookies Cup that finished at the end of 2008?
“We don’t see this as a replacement to the Red Bull Rookies Cup program, but we definitely see it as a step in the same direction. The goal of this program is to provide an entry-level class for youth road racers to develop. We want to see the sport of road racing grow larger in the future and we feel the addition of this bike to our line-up and the ability to provide this class to racers will benefit the growth of this racing segment.” 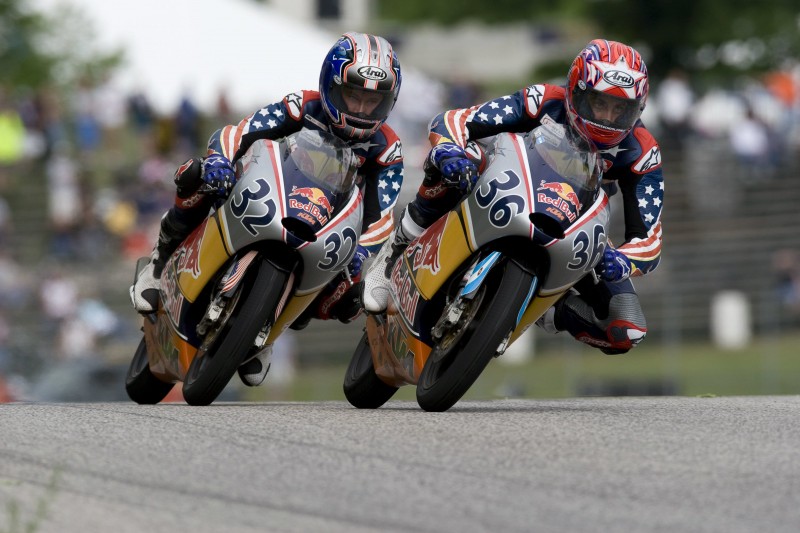 Is the spec of the US RC 390 CUP much different to that of the ADAC series? We see you guys are running Dunlop tyres as opposed to Metzeler, used in the UK and Germany, for example.
“The spec of the bike is very similar to that of the bike run at the ADAC Series. We started from their template and made minor adjustments for the US racing series. Dunlop is the official tire sponsor of MotoAmerica Series and we are proud that all of our racers will be running those tires in the KTM RC CUP Series.”

Who can race in the US series, in terms of age group and previous racing experience?
“Racers aged 14-22 with an AMA Superstock Limited or AMA Superstock 600 license that have purchased the KTM RC 390 CUP bike from an authorized KTM Dealer.”

What do riders get for race wins and for clinching the championship?
“There is contingency for the top five at each RC CUP event. The payout is as follows: 1st – $500, 2nd – $400, 3rd – $300, 4th – $200 and 5th – $100. At the conclusion of the championship, the crowned champion will be rewarded with a sponsored ride for round 11 of the 2015 British Superbike KTM RC CUP Series at Silverstone in the United Kingdom. They will be provided a fully-prepped KTM RC 390 CUP race bike, KTM trackside support and paid hotel and travel expenses for the race. Second place finisher in the championship will receive $2,500 in KTM Cash, while third will get $1,000 in KTM Cash to be used for KTM products that will help them continue their racing career.”

Is it expensive to run in the series?
“It is comparable to any other road racing class you would enter. You do need to provide your race bike, pay your license fee and your class fee.”

How many races are there in the series? Does it follow every US Superbike round?
“The series will be held at five rounds of the MotoAmerica Series.”

What is the role of KTM Superbike rider, Chris Fillmore, within the series and how do you think he can add to it?
“Chris Fillmore is a great ambassador to this program. Fillmore got his start in road racing aboard a KTM when he raced for the team he is still with as a Supermoto rider over ten years ago. Since then he has been brought into our entire road racing endeavors and has created quite a career for himself. We believe it is a great benefit to these young riders to learn from someone who has made his way through the ranks and can provide important advice to these young riders as they develop through the race season. Fillmore will also race the KTM 1190 RC8 R at select events this season for the KTM/HMC SuperBike Racing Team.” 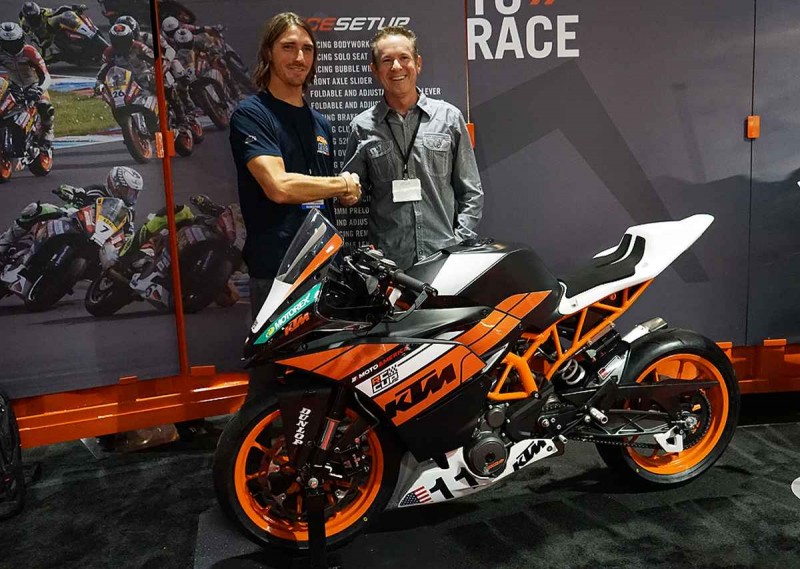 Can you give us your best sales pitch as to why young riders should come and race the MotoAmerica AMA/FIM KTM RC CUP Championship?
“It’s a great chance to dive into the sport of road racing for those that are ready to take their development to the next level. Racers of this series get to work with our HMC trackside support crew that has over 20 years’ experience in the road racing circuits. In addition, they get to learn valuable skills from Chris Fillmore and all while they are riding on a closed-spec race bike so it is the most equal racing opportunity they will find themselves in as a young rider. We are very excited to see what this race series can bring to the road racing segment and look forward to a successful year with our MotoAmerica partners.”

Sounds like it will be a mega series. Anything else to add?
“The series starts on May 29 at Road America. Please visit www.motoamerica.com for more details and keep an eye on www.ktmrccup.com.”