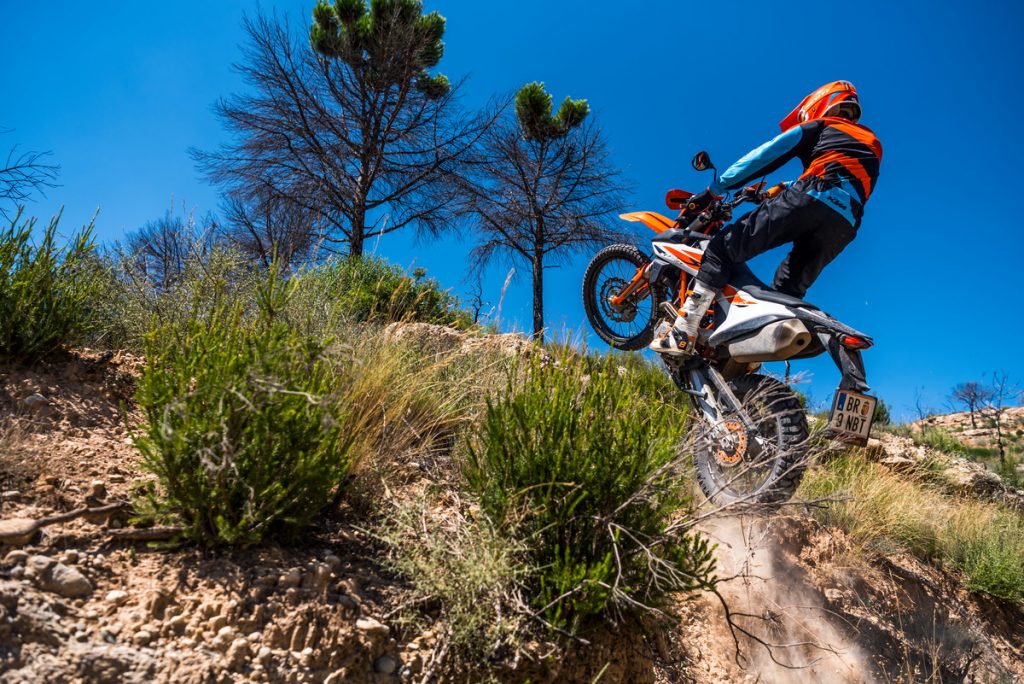 It can be great to be ‘Single’ – plenty of people will tell you – and KTM’s feelings are the same when it comes to one of their most effective and innovative engine concepts. What new 690 delights await?

2018 EICMA and the reference for motorcycling exhibitions saw KTM unveil several models that caught the eye. Among the 790s, E-bikes and other updates for 2019 was the augmentation of the wide KTM catalog with the renovation of the LC4 single-cylinder engine. The revised ‘mono’ – first created back in 1987 and a mainstay in the KTM R&D halls since – sits at the heart of the new KTM 690 SMC R and KTM 690 ENDURO R: two curious bikes that satisfy the specific tastes of supermoto and offroad riders but are also configured for sturdy road and everyday use. 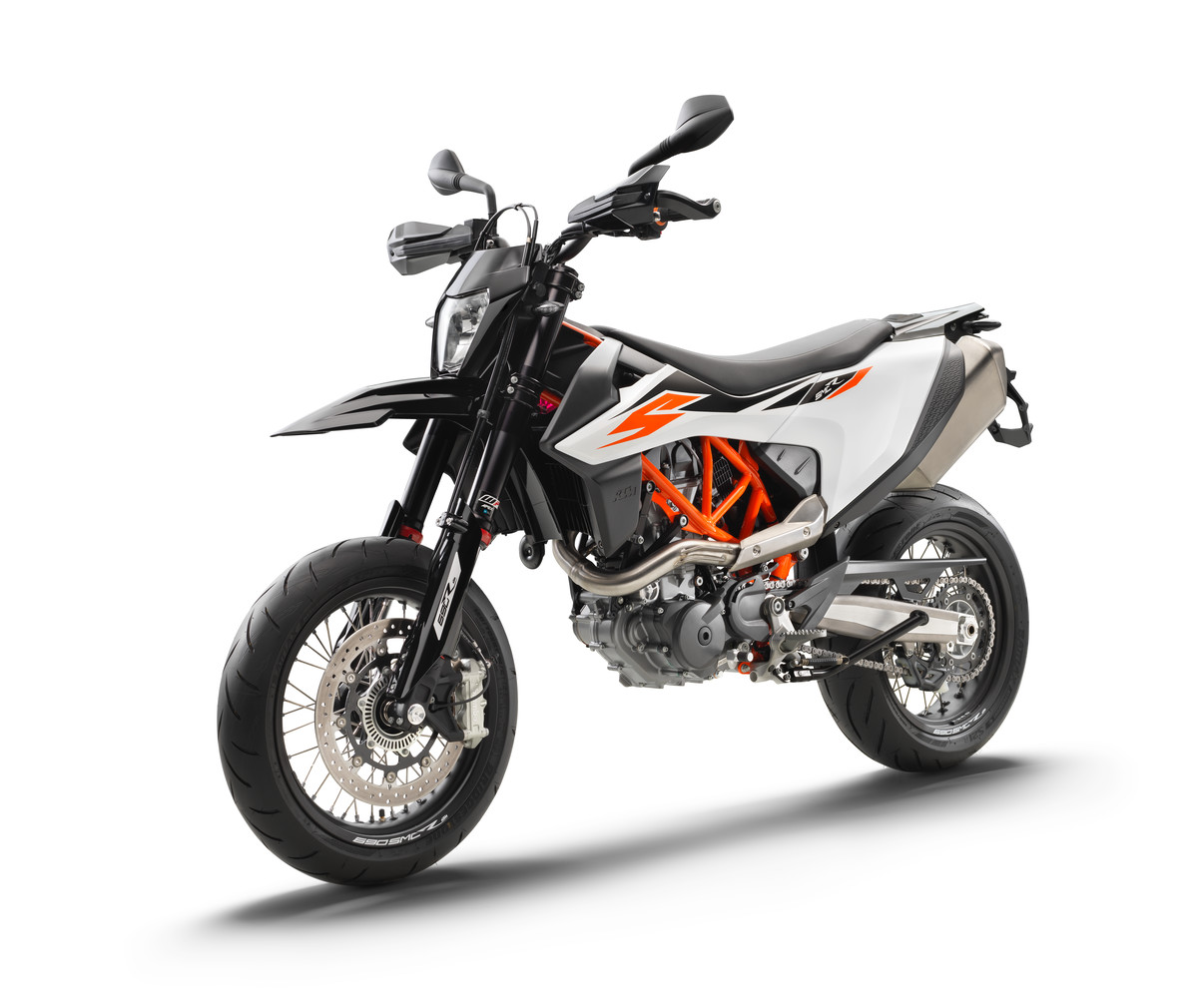 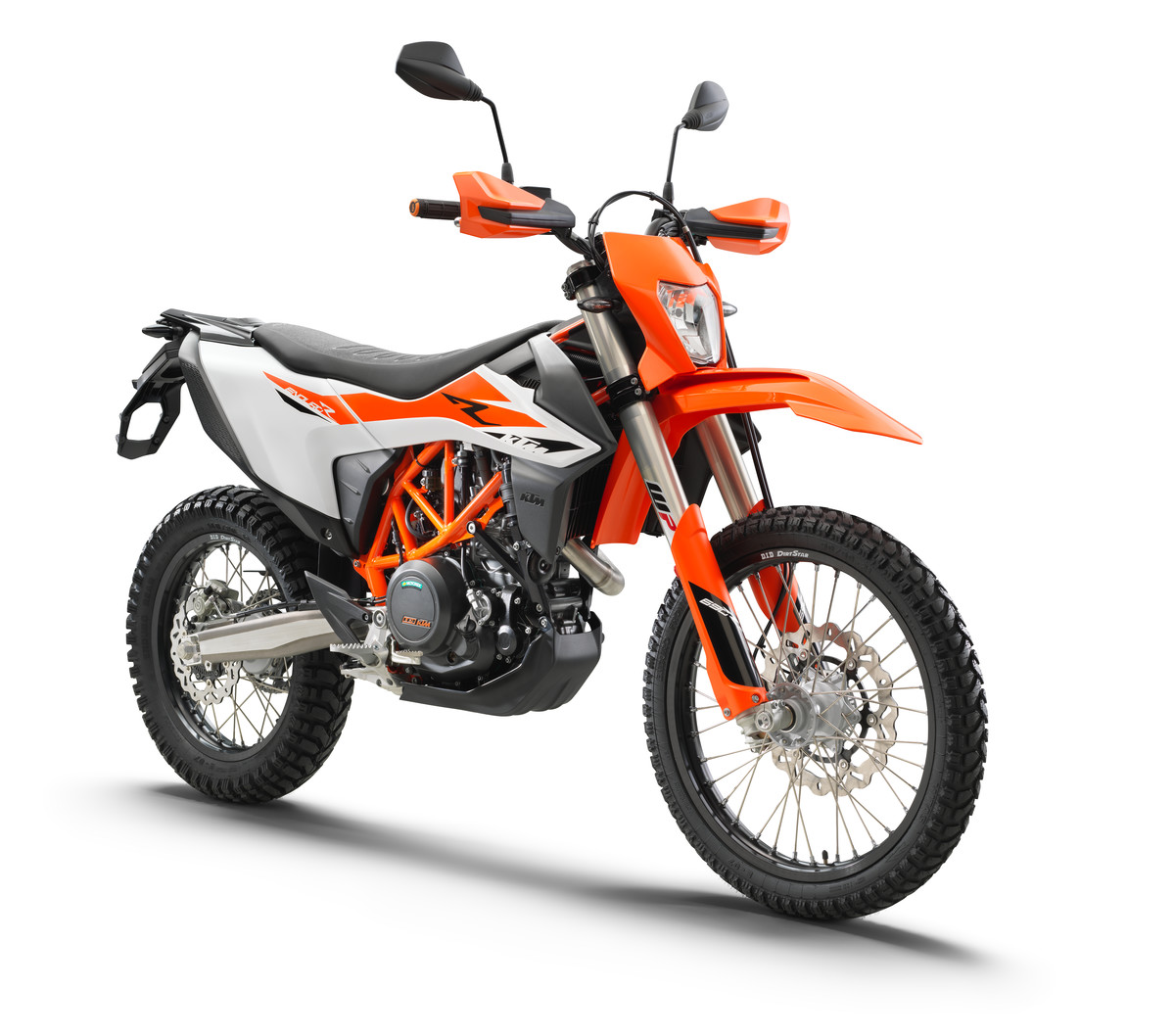 The SMC R harks back to KTM’s street origins when the company transitioned their punchy and exciting offroad technology directly to the tarmac and became the Supermoto rider/racer’s bike of choice. Towards the end of the second decade of this century the firm have now embellished what was once a raw and rugged motorcycle into one that still delivers thrills but boasts the type of specs demanded by users young, old, experienced and fresh to the potential of the ‘slide’.

Standing out on the KTM 690 SMC R is that engine, and with 74hp at 8000 rpm it is renowned as the world’s most powerful production single. KTM have sculpted the slimmer but more voluminous (13.5 l) fuel tank as a load bearing component for extra rigidity and precision and, together with more compact bodywork, the chassis houses an LC4 that is smoother and more sophisticated than ever. The SMC R comes with two ride modes and has cornering ABS, lean angle-sensitive motorcycle traction control, motor slip regulation (MSR) and Quickshifter+, and the familiar Supermoto ABS mode aiding rear slides with front-end confidence.

Four years ago, the KTM 690 ENDURO R was a revelatory trail bike: brutish power delivery on-tap but – somehow – as docile as a cat and with the handling of a KTM 350 SX-F. ABS braking was new fangled on such a hard enduro offering.

For model year 2019 the ENDURO R has received a hard shot to the vein with the LC4 promising yet more connection between throttle hand and power play, an even smoother pull and increased efficiency. The ENDURO R also fastens a 13.5 l tank into the brand-new chassis, WP XPLOR suspension and split damping. Electronics might seem arbitrary on such a motorcycle but the provision of lean angle sensitivity to braking and traction functions, two different ride modes, offroad ABS, Quickshifter+ and motor slip regulation (MSR) to prevent rear wheel lock means this is a state-of-the-art and versatile dirt-cum-all-purpose bike. As the promo material packaged and sent with the KTM 690 ENDURO R states: ‘No road or route is impossible’. The LC4 continues to prosper … and means KTM are still prioritizing diversity of choice in their motorcycle line-up. Just what will EICMA 2019 bring?