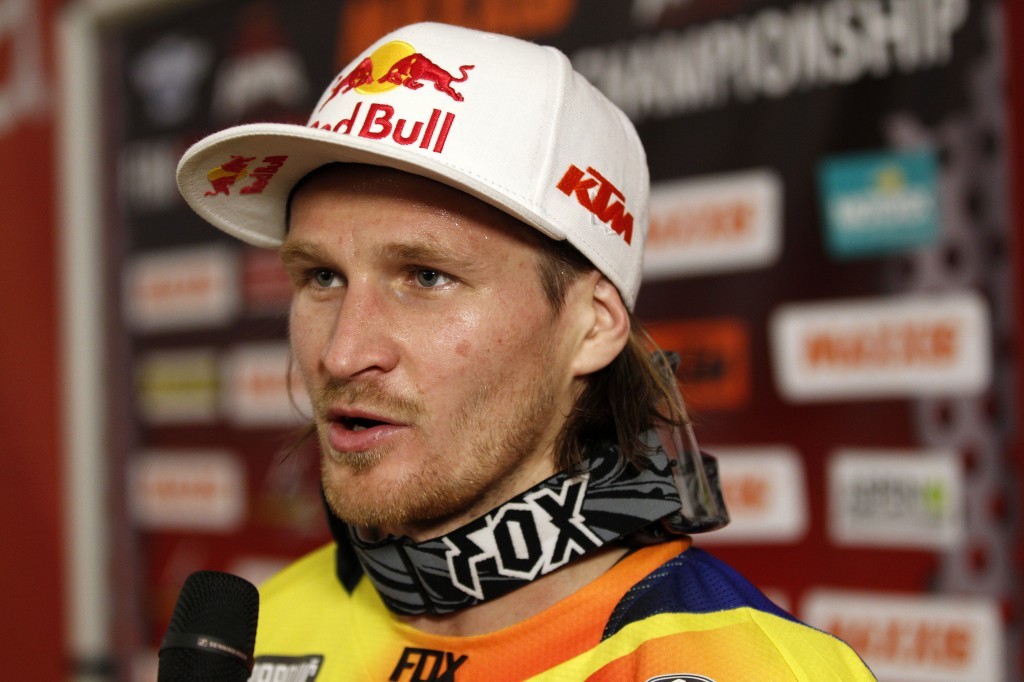 Blazusiak is back: A tough year can only make you stronger

Last weekend saw Red Bull KTM Factory Racing star Taddy Blazusiak racing his first event since May this year, after he was diagnosed with the dreaded Epstein-Barr virus that’s seen him sit out of all events this summer to recover. 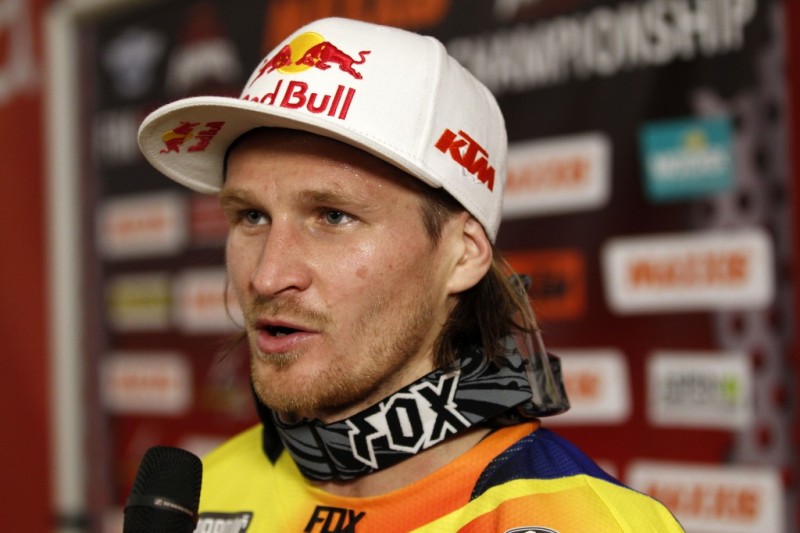 It’s been a difficult period, with no physical injury to gauge from to see when and how to make a comeback, but the Polish-star is certainly ready to begin racing again. With some of his closest rivals to race against, Taddy was fastest in qualifying and won the final heat of the day at the Fast Eddy´s Extreme Enduro Indoor event in the UK on Sunday, to prove that Blazusiak is back and more motivated than ever.

“It’s been a tough year, but we can still remember I won the SuperEnduro World Championship in March, although halfway through that series I’d started to feel really, really bad. I just felt ill, I didn’t know what was going on, and we were looking for answers. We couldn’t find anything obvious so we kept on riding, but I didn’t feel good at all,” said Taddy.

“So I kept riding, and I kept crashing. I crashed at the Enduro World Championship, and then I crashed at Erzberg, so it was just a mess, but we got to the bottom of it and I just needed to rest as I had Glandular Fever, which is caused by the Epstein-Barr virus.” 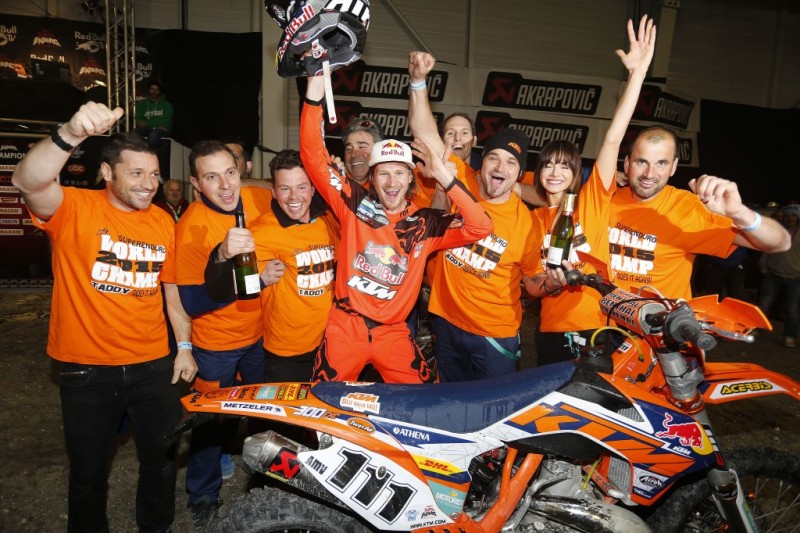 The dreaded Epstein-Barr virus has an affinity with world-class athletes due to the tremendous amount of strain they put their bodies and immune system under to achieve the perfect fitness levels over a sustained period. It’s often disguised with typical cold and flu symptoms, along with chronic fatigue, but with much longer-term effects. There’s no quick fix other than rest and a healthy diet, so it’s unlike any other typical injury a dirt bike rider would usually have. A frustrating scenario for a racer, who literally has to stay couch-bound and wait for the symptoms and blood results to improve.

“The problem with this is you just need rest. I have to say a huge, huge thanks to KTM for letting me stay off the bike for the summer to recover and re-group, because that really helped a lot. There’s nothing you can do, it’s just taking time off any physical activity. Racing has been my life for almost the last 20-years and this is the only thing I know how to do. It was hard sitting at home doing nothing and not really having a goal set for the next few months. For the recovery I worked closely with Alex Doringer (KTM Enduro & Rally Team Manager), with our channels and our doctors, and we totally believed in our people. I am happy with the decision and the outcome. My bloods are clear, and with this Epstein-Barr thing it’s just time. The longer the time off, the better.”

“Obviously having a rest has probably been good for me, as when you’re racing, there just isn’t that downtime for your body, but also it’s been good to have the opportunity see things a bit differently. When you just keep racing you go from one injury, and then try to be fit for the next race, it can be a big battle, but this time around it was just different. I definitely feel I am ready to do some battling for the next couple of years.” 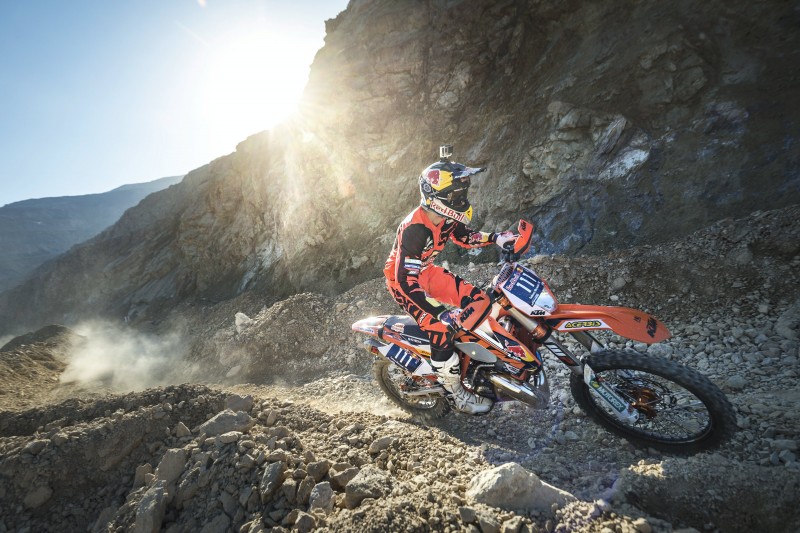 Thankfully 32-year-old Taddy, winner of multiple X-Games gold medals, five-time Erzbergrodeo winner, six-time FIM SuperEnduro World Champion and AMA EnduroCross champion, has recovered well and is back on the bike ready for battle. He’s got to prepare himself steadily and not push too hard over the limit, as the virus can come back, but he’s working on his fitness and will be fully READY TO RACE the first FIM SuperEnduro World Championship round in Lodz, Poland next month.

“I’ve been training for a month now and the fitness has started to come back, but it’s not yet 100%. I wasn’t doing anything for three or four months. It’s tough because with a broken leg you can say exactly how long it will be, you can still do some stuff, and physically you can feel where the limit is. But with this, some days you get up and feel okay. It’s so hard to keep yourself away from everything. If you feel better you really have to convince yourself you still need to take it easy, because if you try to come back you’ll ruin whatever rest you had. It’s been a big learning process.”

“My speed is okay at the moment, but I’m missing the bike fitness. I’ve been on the bike a few weeks, but you can’t ride more than a couple of times a week right, so I definitely need some seat time to be super race fit. I can’t complain. My speed is there and my fitness is okay.” 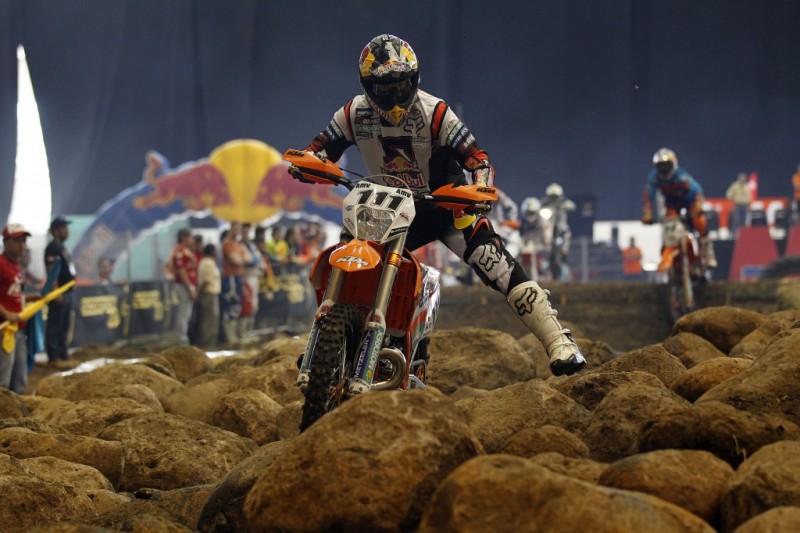 Talking about his plans for next year Taddy tells us that they aren’t fixed yet, but he certainly looks ready for the indoor racing. With the fastest time in qualifying and a strong race win in the third heat of the day at the Extreme Enduro Indoor event in Stafford, UK this weekend after a bit of bad luck in the first two motos, Taddy had a point to make. With another month under his belt he’ll be fighting fit and looking for a sixth SuperEnduro World Championship title.

“I’m doing the SuperEnduro World Championship, but it’s not yet decided what I’ll do next year. I’m still talking with the team on what we’re going to do. I just want to do one thing at a time, and I guess soon we’ll figure out what we’re going to race next summer. I feel comfortable racing whatever; I can race Enduro World Championship, Extreme Enduro, or EnduroCross, so we’ll see how we feel and where the team wants me the most.”

“Coming to this event has been good, because there’s nothing like being on the gate and racing to be race fit. With one month to go before the world championship starts it’s an ideal time. Paul Edmondson (Extreme Enduro event organizer and former Enduro racer) has done a great event. He’s raced himself, he knows how to do it from a rider perspective and for the fans, so it would definitely be great to have this event again next year because Enduro is huge here,” concluded Blazusiak.

101 Responses to Blazusiak is back: A tough year can only make you stronger