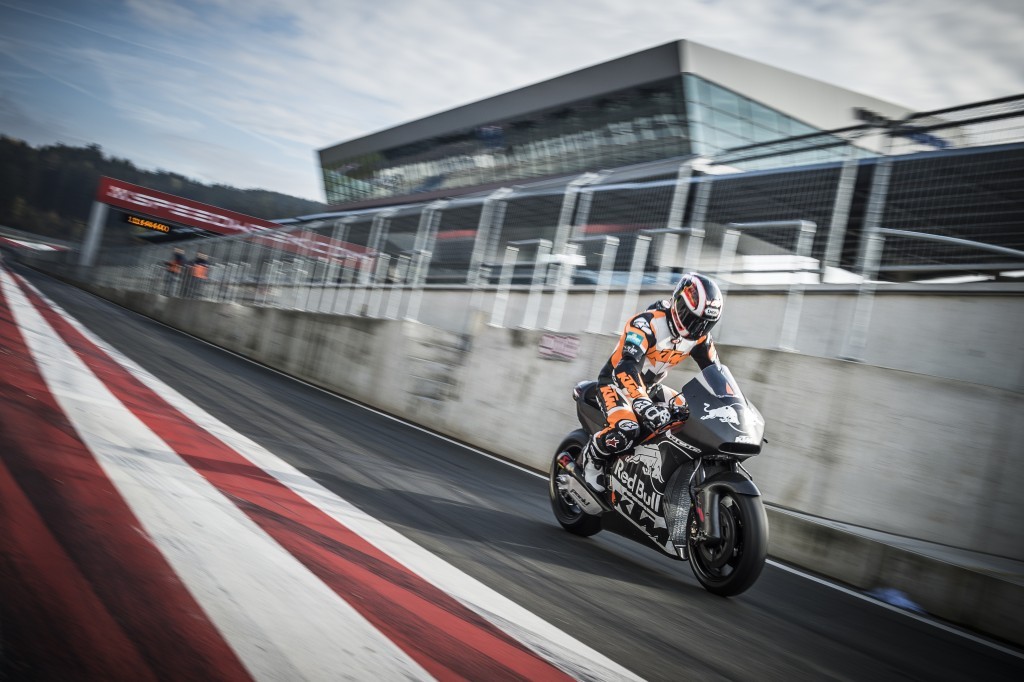 KTM’s eagerly awaited entry to MotoGP kicked up a gear in early November when the gorgeous KTM RC16 made a surprise first appearance at the Red Bull Ring.

After the bike’s engine was started for the first time on a dyno this summer the turnaround has been predictably fast from the Austrian’s race department to getting the power through two wheels. We spoke to KTM Motorsport Director Pit Beirer before the ‘debut’ at Spielberg for an update on how the project was coming together. 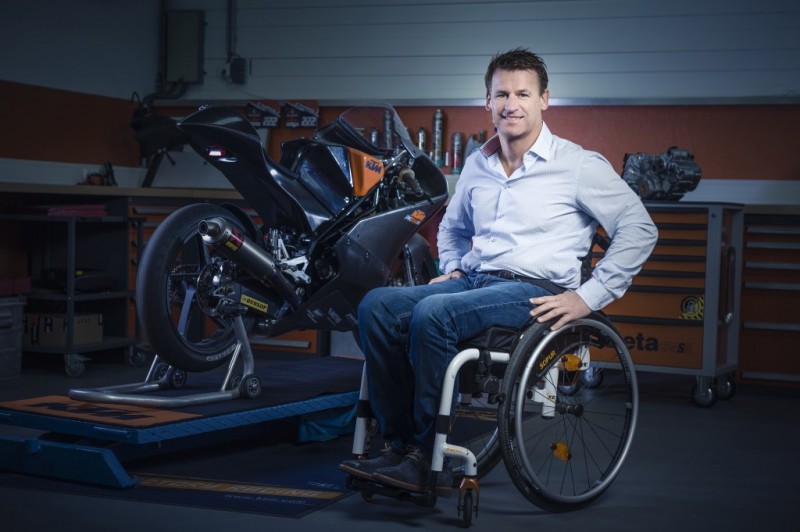 Pit, there is talk of a set number of staff already in place and pushing hard for MotoGP. What’s the story?
“In general I don’t want to speak too often about the number of people we have on the project so far: I think we will just get ‘measured’. If we have thirty then some people will think ‘they are crazy, they need two hundred’ and others might think ‘why are they spending so much money on that project’?! What I can say is that it is already a nice group, a fantastic group and it was a challenge to bring them to the company because KTM has been growing a lot for the last few years and we already had many good specialists within a good radius working here on motorcycling or racing in some capacity. So we had to look wider. We needed experts, and then it is not just about finding the person and giving the right salary but questions like ‘can his family move?’ ‘What language do they speak?’ ‘What school will the kids go to?’ It is quite a deep recruitment process to get these first-class people to the company. It was interesting and a challenge but it slowed our process a little bit and even affected Moto3 because our Street racing team there were spread over. Now we have a platform and we can concentrate on developing motorcycles again.”

“From the beginning we had a small group that has grown and grown to the point where we had two race engines in the dyno. It was a big workload.”

So is the testing crew and even foundations of the race team in place?
“We started last year to bring the first guys in and work out who was designing the engine and the chassis. Since then we have been looking for more staff. It has been more than a year now and we are facing ‘stage two’. Initially we had to find people – that you don’t really see in the paddock – to actually build the motorcycle and these are not necessarily the people that are travelling to the races all the time. They are engineers and very smart brains to create a motorcycle. Then we were looking at the test team and the next level, things like ordering and designing a truck. Then the mechanics and the crew chief and at the same time WP need to find experts for MotoGP suspension. We are at that stage and I would say the test crew is together now. The ‘third stage’ of the project would be to enter the race paddock. Things are getting a bit easier because we have many experts in the team and they have their own contacts and networks. I try to keep the same spirit that we have in our other disciplines because the human side and the team spirit is perhaps more important than the experience to do the actual job. I feel comfortable I have found the people for this kind of project and now they will take their own staff. The foundation has to be done in the style you want and then you can create a team around these guys. I feel comfortable about that.”

Before Spielberg was it enjoyable to see race engine being fired up for the first time?
“Absolutely. There have been countless hours of brainstorming and then we’ve signed orders for material and drawings for over a year and had seen nothing up until that point. After a while it all happens very quickly. Parts were coming in during the last few weeks and then suddenly you see a complete engine. It was the first physical and visible thing about the MotoGP project. It was fantastic to see it on the dyno and for us it was the first milestone.” 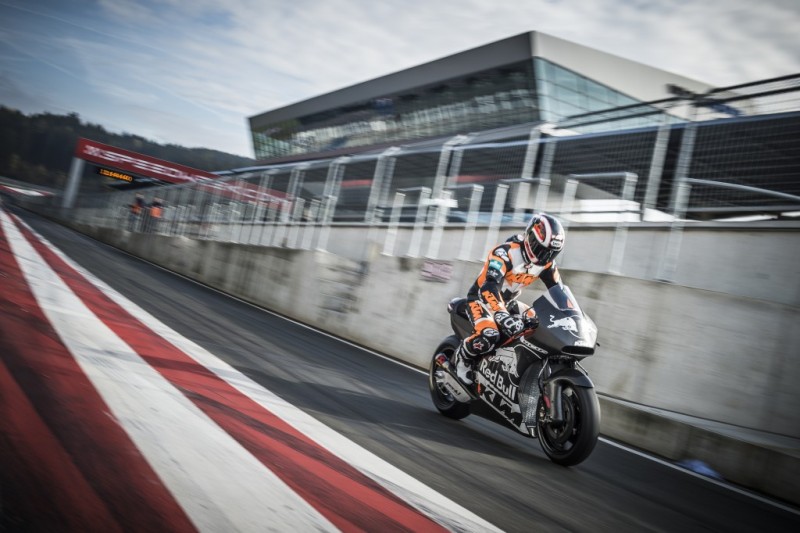 The Moto3 team is located near Barcelona. What’s the plan for MotoGP?
“It will be based here. Then also use a base in KTM Spain near Barcelona because it is very central for a few tracks. It will be a hub away from the main Austrian base. Our friend there Cesar Rojo, Managing Director of KTM Spain, is an old racing expert and we will be in his ‘house’ and he’ll host. Sometimes we will just deposit the truck there when we know in the coming months that a lot of activity will be in Spain. For the most part though we will be in the factory.”

From all of what you have achieved in the past five years – the 350 SX-F, Dakar dominance, Tony Cairoli, Moto3, Supercross, AMA titles – is this the biggest challenge?
“Yes, the other disciplines were growing in-house over the years and we could already analyze what went wrong and how to make then better. Here [for MotoGP] we had to start from zero because we didn’t have the people. Moto3 was already a good schooling for that. The next step is huge and I’m very respectful of the challenge that is in front of us. We have to see where we are now that we are on the track but we don’t have big expectations yet. I’m sure we will need a long-term brief to arrive at the top because it is the highest level of motorcycle racing and also all the other manufacturers are taking this as their most important and serious class. The knowledge, investment and technology from our competitors is huge. We need to work hard. It is the biggest project so far but I want to tell you that KTM Motorsport was already growing strong over the last years so it is not like we are doubling the department. There is already a wide and cosmopolitan network of people … of course it is not easy then to manage another huge group on top!”

70 Responses to Interview of the Month: Pit Beirer speaks about KTM´s MotoGP project