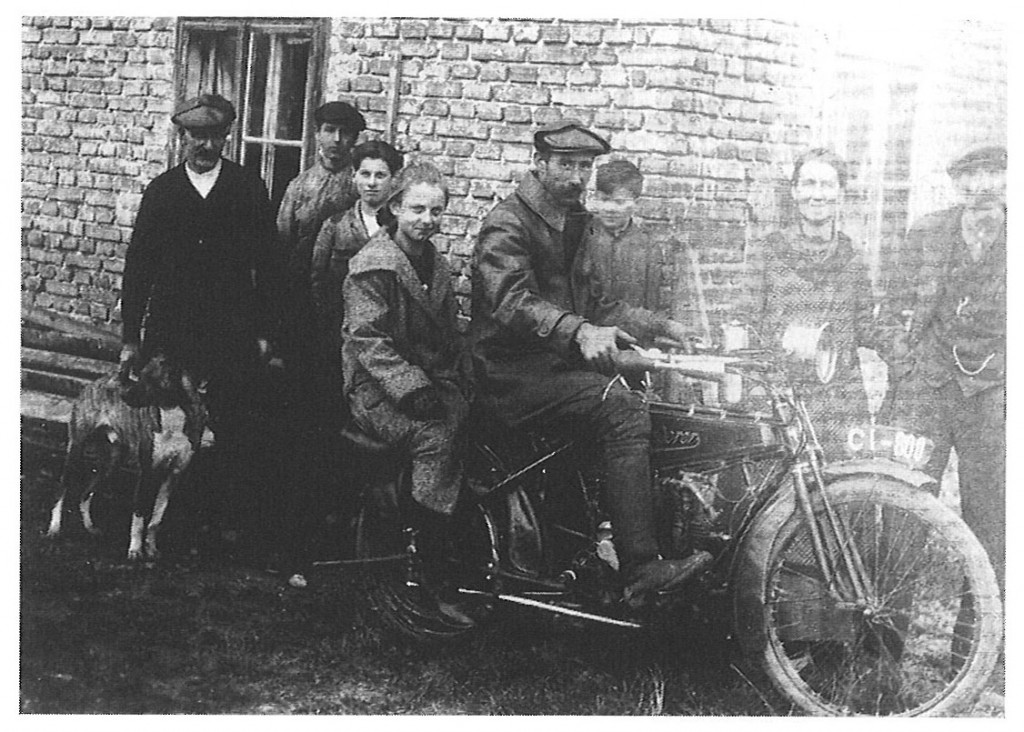 1934 – Academy Award winner Shirley MacLaine is born and Donald Duck has its first appearance. Germany experiences the first television broadcast but for the “orange community” and even more important: the 25 year old Hans Trunkenpolz opens a fitter´s and car workshop in the Upper Austrian town Mattighofen. A first approach to the founding of what is later known as KTM.

Originally, the Trunkenpolz family was a long-established family of civil servants, whose history can be retraced back to the 16th century. In industrial age, Hans´ grandfather Wenzel Trunkenpolz was so fascinated by the mechanical developments that – to the great displeasure of his parents – he left school and began an apprenticeship as a locksmith instead of a career in the civil service.  In 1872 he went into business for himself as a manufacturer for agricultural equipment. “Trunkenpolz Maschinen” in Altheim/Upper Austria still exists to present day under the name “Trumag”.

Hans Trunkenpolz, who later became the founder of KTM, was born in 1909 and first trained as a motor mechanic in his uncle´s workshop. That might have been the time when Hans realized that he has petrol running through his veins. Soon he competed in motorcycle races and became a successful dirt track rider. In 1934, he moved toward independence – in the former restaurant “Zum Schwarzen Adler” [“The Black Eagle”] in Mattighofen he opened a car and motorcycle workshop. Hans Trunkenpolz gained his master craftsman´s certificates as a machinist and motor mechanic alongside the everyday work in the workshop. 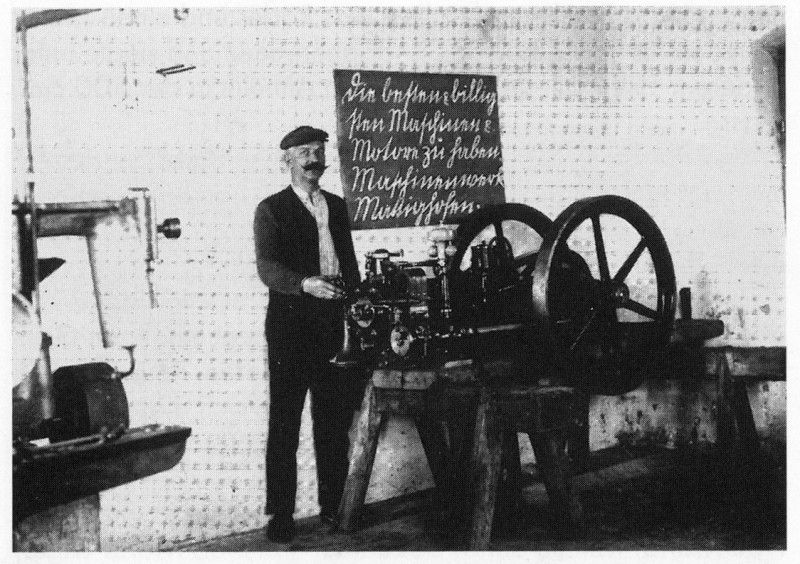 The workshop prospered – so the obvious next step was, to take over a place for new vehicles as well. He opted for DKW. The world´s biggest motorcycle manufacturer at that time and secured the rights for the “Schnuerle Umkehrspülung” [Schnuerle loop scavenging] and built the state-of-the-art and powerful two-stroke engines by the highest standard of that time. In 1938, he opened a representation for Opel, in the mid 1930s the biggest European car manufacturer, in addition to his motorcycle business.

In the meantime, the company had expanded further and Hans Trunkenpolz employed five workers. Just before the outbreak of the World War Second, the company moved into a new building at Mühlweg 2 in Mattighofen. Shortly afterwards the company founder was called up for military service. His wife Elisabeth unavoidably had to manage the business by the end of 1943. Meanwhile, Hans Trunkenpolz was released from military service with the official order to repair trucks and engines for the military.

In the hardship of the post-war years, there was a huge demand for trucks to provide the population with the basic needs. On the other hand there was a lack of roadworthy trucks, since they had been damaged during military intervention. Like in the early years, the Trunkenpolz’ company focused on vehicle repairs again. By then, Hans Trunkenpolz employed 35 people and the company rapidly evolved into one of the biggest repair workshops in Upper Austria. Due to the war damage at the vehicle manufacturers the supply with spare parts still not gained momentum. Trunkenpolz made a virtue out of necessity and manufactures the most urgently needed spare parts in his own company. 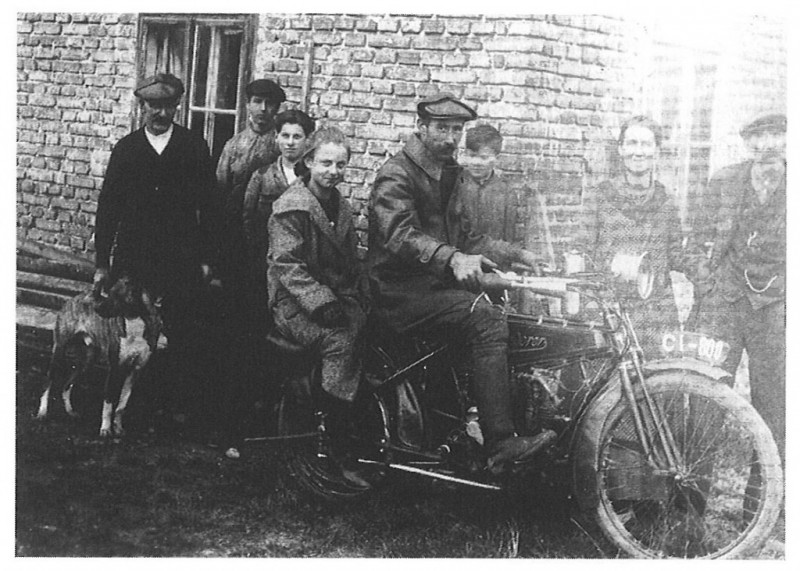 In 1948 the company was expanded with an added drop forge and a foundry. At the same time Trunkenpolz specialized in the series production of crankshaft bearings. Of course these actions created new jobs and at the end of the war, the workforce doubled to 70 people.

The economic miracle loomed in Austria and not at least due to the Marshall Plan the industry rapidly bounced back. The Trunkenpolz family did not only benefit from these developments: the repair orders for trucks dropped remarkably and only the manufacturing of spare parts generated some revenue. It is hardly surprising that Trunkenpolz had to search for new options after the loss of revenues from the repair workshop. The population´s wish for motorized transport came at a proper time.

At that time, only a few people could afford a car. Therefore Trunkenpolz decided to develop a lightweight motorcycle. As a DKW dealer he gained wide experience in the motorcycle business in the pre-war period. The terms were set quickly – it should be a “real motorcycle” with footpegs, without the pedal-drive known from the motor-driven bicycles. The 98cc Rotax engine with pull starter build in the little town Gunskirchen seemed to be the perfect choice. In 1953 the motorcycle was presented to the public and for the first time the three letters “KTM” appeared to represent Kraftfahrzeuge Trunkenpolz Mattighofen. 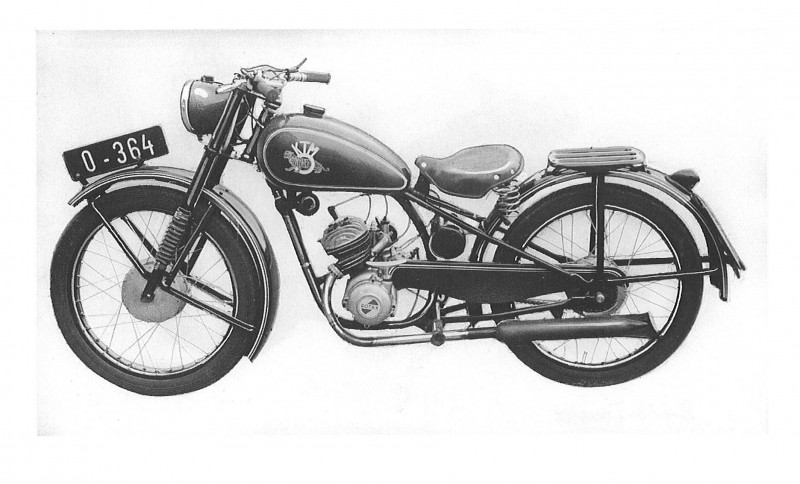 109 Responses to #Inthisyear 1934: From car workshop to motorcycle manufacturer KTM