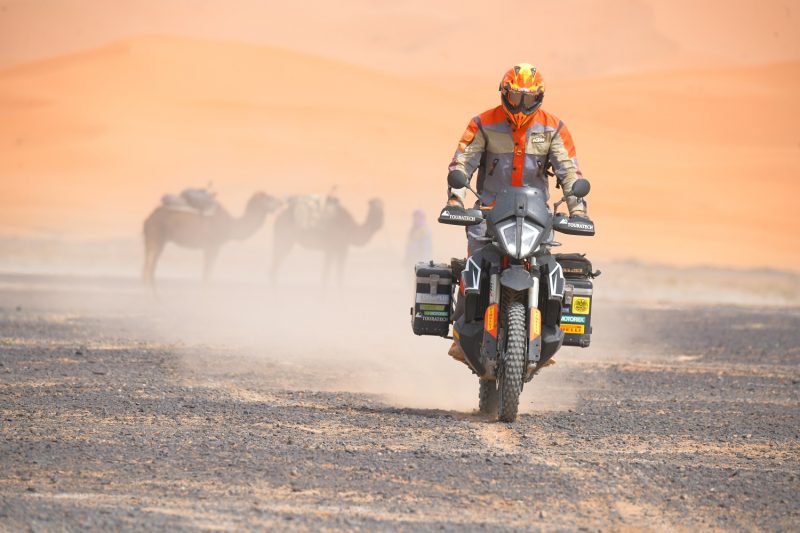 As motorcyclists, we meet many likeminded people on our rides. Motorbikes are a common language; there’s no time for differences in politics, race or religion – just a shared passion for two wheels and an engine. We are all members of a global club, ready to share stories and advice.

Please excuse the self-indulgence for a minute, but I’ve been very fortunate to meet some of the world’s best riders and racers while working in motorcycling for over 20 years. And while it´s perfectly natural to be in total awe of the ability and achievements of these athletes, their often god-like ability on a bike reminds you of your place. But then there’s Josef ‘Joe’ Pichler.

For the Moroccan launch of the KTM 790 ADVENTURE and KTM 790 ADVENTURE R earlier in 2019, KTM brought in Marc Coma, Jordi Viladoms, Laia Sanz, Sam Sunderland, Chris Birch, and Quinn Cody. All legends. Incredible offroad riders. People who have got to the top of their chosen disciplines and still humble with it. But also invited to attend was this tall, Austrian man with crazy hair. He has no trophies to speak of but was the only rider at the event I wanted a selfie with (I know, I know … ) and felt truly inspired by.

So, why is that? Ok, Joe is tall and Austrian and I’m short and English; both of these attributes aren’t likely to change. But Joe is just a normal guy who loves to see the world by motorcycle. He has no racing pedigree – just a self-taught explorer.

After a day of carving up the Merzouga dunes on the KTM 790 ADVENTURE R, the assembled media and staff were treated to a presentation from Joe before dinner. No flashy PowerPoint show – just some incredible stories illustrated with photos that can be achieved by anyone with a motorcycle and the right attitude. You could say it was inspirational, because I could be like Joe. Only shorter.

The Salzburg-born rider has been riding adventure bikes since 1984 and has since racked up 350,000 kms outside Europe. “I’ve no idea how many countries I’ve visited,” Joe says over lunch at an Oasis-like café at the foot of the Merzouga sand dunes. “It has to be around 80-90. I don’t count them.”

Joe is not saying that in a boastful way, it’s just his manner that everyone warms to in seconds. This unassuming tall man has an infectious smile and a way of talking that leads you wanting to hear more.

Ah yes, the Sahara. Joe was given a pre-production version of a KTM 790 ADVENTURE R (he doesn’t need the extra suspension performance but preferred the taller seat height) and had the bike shipped to Chad in Northern Central Africa. He then rode 19,000 km in a counter-clockwise route of the northern part of the continent, arriving straight at the International Media Launch of the KTM 790 ADVENTURE and KTM 790 ADVENTURE R on the outskirts of Merzouga. Aside from KTM’s own test riders, he remains the highest mileage pilot of one of these bikes. So, he must be a riding god?

The right attitude
“I’m a motorbike rider of course, but not like a hardcore guy,” he says drinking a hot coffee on a very hot afternoon. “I just learn by doing; not once have I been to a riding school. I’m not really a bike rider when I’m in Europe. Before all these big trips I would ride around home, but now it’s maybe once or twice or year I ride from home to Italy or Croatia. Adventure bike riding starts for me when I leave Europe. I usually ride with my wife, Renate, or sometimes alone. For me that’s the real freedom of riding.”

The right time
It is the dream of so many riders to make their own epic trip and see the world by two wheels. Would you advise that people jump straight into riding big riding trips?

“It really depends on the person,” says Joe with no hesitation. “My first long trip was already 4 months. Before that I was just once in my life riding down to the south of Italy with a friend of mine. One night we were sitting down looking at the map of where we were, and the northern part of Africa was on it. After a few glasses of red wine, I was saying ‘it would be great to go to Morocco. Visit Casablanca.’ That idea became planted and a few years later I went.”

With his experience, we asked Joe how long you should take to plan your epic adventure and when to start.

“Just start,” Joe says. “I’ve met so many people who dream and plan for ages. When I started these big trips, I had never in my life changed a tire! I’m no mechanic. So maybe this isn’t the best approach, but it’s also good in a way.”

“Don’t make too much of plan with Google Earth and all this stuff – planning day by day. You will lose the heart of the adventure like this. Planning can be done a little on the way. You need a bit of a plan, of course, but don’t plan yourself a rigid itinerary day by day. Be open to change. Explore. You can’t be rigid. The hardest thing is to start the engine and leave the warm, nice home. But as soon as you are on your way, you’re away.”

The right place
Joe says with so much info on internet on where to go and where people have been it can be so easy just to emulate someone else’s adventure.

“Don’t try to go where others have been where there are all these pictures in Instagram and Facebook but try to find your own adventure. Sometimes it is much more of an adventure to go to somewhere which is unknown.” 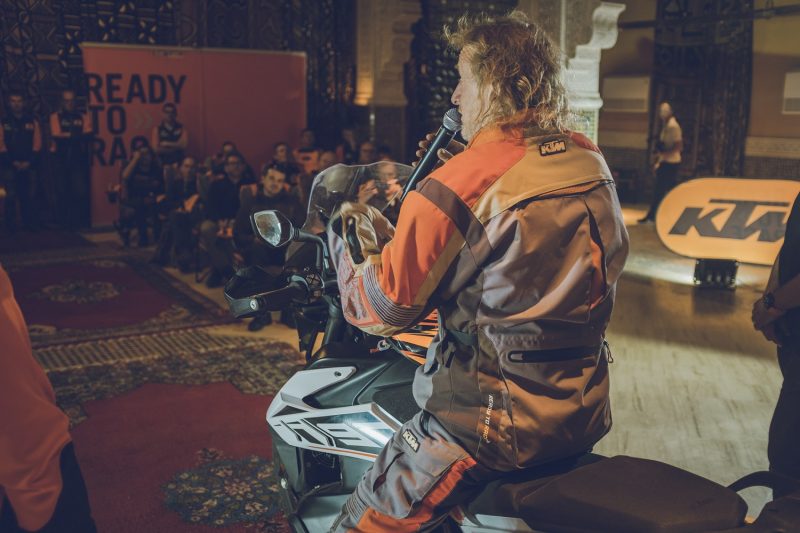 The right papers
Being so westernized and European (for now), one thing that worries me is crossing borders. Not that I’ve got anything to hide, I just seem to have one of those faces that arouses suspicion. And that’s always scared me a little about international travel.

“Border crossing is the main thing that you have to be prepared for,” Joe says with as much seriousness as I’ve so far witnessed. “You have to be organized with all your papers; for customs, visas. Even on small borders, between Senegal and Mali, they take your finger prints and everything. But I crossed 10 countries on this trip with no problems at any borders. But our papers are all ok. If they’re not, then you get problems. So, make sure your papers are ok. It was a lot different 20 years ago …”

The right tools
With so many miles and different countries, what does Joe look for in an Adventure bike?

“For sure travel range,” Joe says without hesitation. “You need to be able to go around 400 km in normal conditions with the fuel range. This then allows you to explore more remote conditions. The next thing you need is a smooth and easy to handle engine. You are going for weeks – often riding every day – so an engine with enough power to handle two riders and luggage but easy to manage is essential.”

“The chassis is also important because you need a good strong frame. I am usually riding with a passenger and luggage, so you don’t want this breaking. But good suspension is needed as there are maybe times you are not on good tarmac roads.”