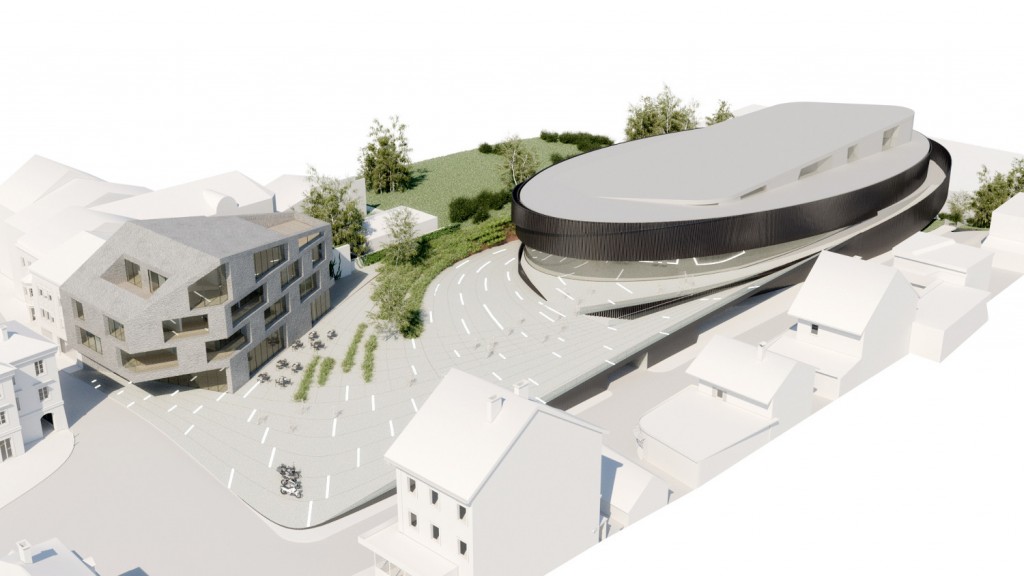 New home for history: The KTM Museum hits second gear and looks towards 2017

The inhabitants of central Mattighofen are likely to get used to the sound of construction work over the next year as plans for the KTM Museum are accelerating quicker than a KTM 450 SX-F out of a start gate. 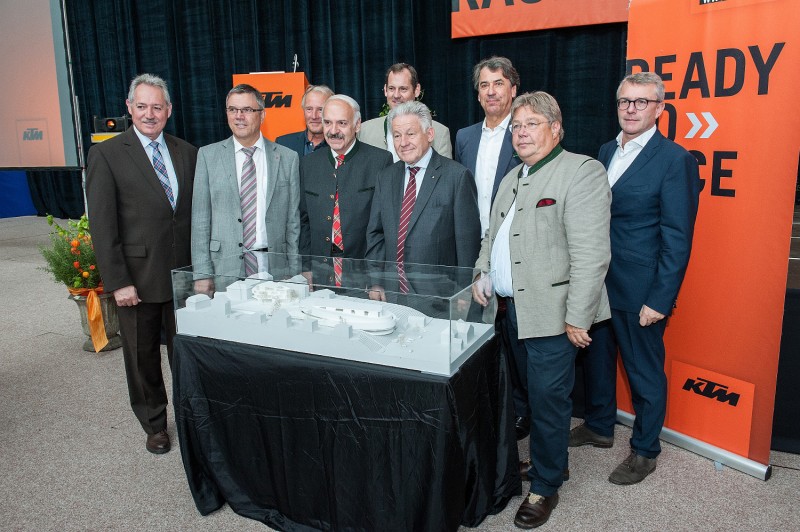 A home and hall to tell the story of the brand and their unparalleled racing success has been on the minds of the power-brokers at KTM for the better part of fifteen years. Rather than a singular building the museum will instead be a facility with various aspects and assets. To get an update we spoke to Project Manager Alex Pierer. “There are two parallel projects at the moment,” the Austrian says. “One is the building and everything related to it such as talks with the authorities and the architects and so on. The other side is what will actually happen with the museum once it is built.”

“Currently we are pushing to get all the permits in place,” he adds. “There is the museum building itself but we also need to pull down a structure in front and concentrate on the construction of an underground parking facility. We’ll make an adjacent building with flats and a fitness room. We have the permits for the museum, we just need the rest organized because the two sites will be done simultaneously. Generally it is all on track and in November we will start to dismantle all the existing buildings on the plot and then begin the earthwork and foundations.” 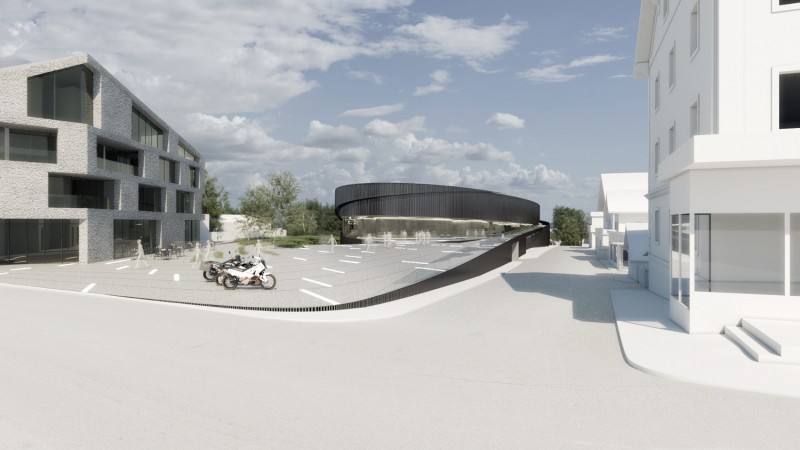 Alex also shed some light on the background of the scheme. “I think there was talk about it initially at the start of the millennium. There was a plan for a building in Munderfing [nearby village and home to the KTM Racing Workshop] in the early ‘00s but with the crisis and so on it was stopped. I would say it started to come up again around three years ago and because the town of Mattighofen said we could use a place towards the entrance to the town centre. Talks picked up and ideas began once more. So it has been something hovering around KTM for over a decade I’d say with a lot of thought about what it could be. There are a lot of stories and history about the company and a lot of ideas about how we can fill the museum.”

With almost three hundred championship titles across a broad spectrum of motorcycle racing disciplines KTM could fill a vast exhibit through their racing exploits alone. The story of the company is rich however with various twists, turns, dips and rises and the manufacturer feels there is plenty of ground to visualize the tale from humble offroad origins to European powerhouse of street and dirtbike motorcycles. “The nice part is not only thinking about the museum but also the content; I would say this is 30% of the job at the moment,” Alex Pierer explains. “At the end of October we had our first closed contest for specialists in interior design of these types of spaces and interactive content. We have three very professional and international agencies in the bidding; people with experience in doing similar spaces for companies like BMW and Porsche. We will see what they come up with. We don’t really know what to expect, motorcycles are different to cars and we want to see how they will tell our story. There are tons of ideas and we will try to actively collect those once the whole project is a step further down the line. There are people who have been working for KTM for decades and those stories have to be written down: we are not getting any younger!” 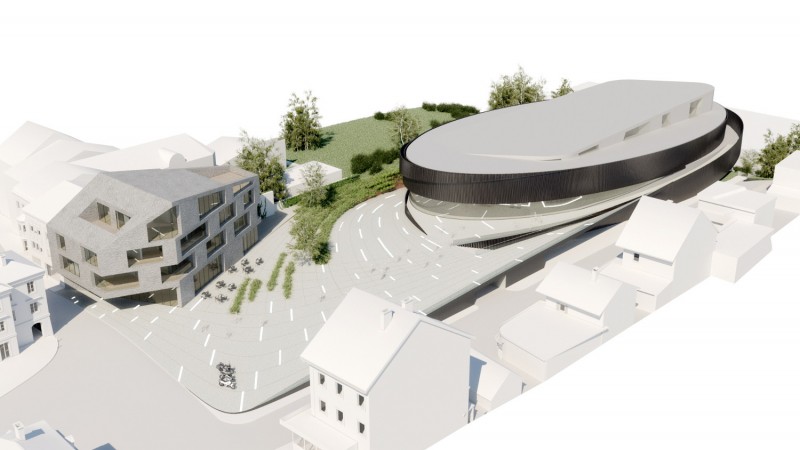 Various brand celebrate heritage (Yamaha’s Communications Plaza in Iwata, for example, is an impressive shine to their technical and competitive accomplishments) and now it is time for KTM to get moving with theirs. What will fans or customers of the Orange find if they make the pilgrimage over the German border and to Mattighofen? Alex Pierer: “Many things! It will be the chance to get really close to most of our world championship winning bikes, souvenirs that you cannot get anywhere else, displays and stories that show what KTM really means to us. Since the crisis we’ve had an average of ten world champions a year and this story is vastly different to perhaps any other manufacturer’s. The museum itself will have a floor space of 8500 sq m over three stories and will also contain the apprentices’ workshop, so we will move this out of the factory and to a place where visitors can see work in progress and behind the scenes. A warehouse will have see-through walls so people can glimpse the bikes together. The museum will cater for all age groups and generally I think a place like this should be somewhere a kid can have fun as much as an adult. We also want to change content so people might want to visit again. There are a lot of ideas on the table but nothing is 100% fixed yet. We don’t want to get too specific at the moment and maybe miss another detail we’d like to include.”

Crucially for the impatient visitor, when is the ribbon likely to be cut? “Construction will take place throughout 2016 and the building should be enclosed by the end of the year for the winter weather,” Alex Pierer offers. “The plan is to then be open by the end of 2017 which would also be a perfect date for the opening as it will be the 25th anniversary of KTM ‘2.0’. As of today I think we can hold the time line.”

14 Responses to New home for history: The KTM Museum hits second gear and looks towards 2017