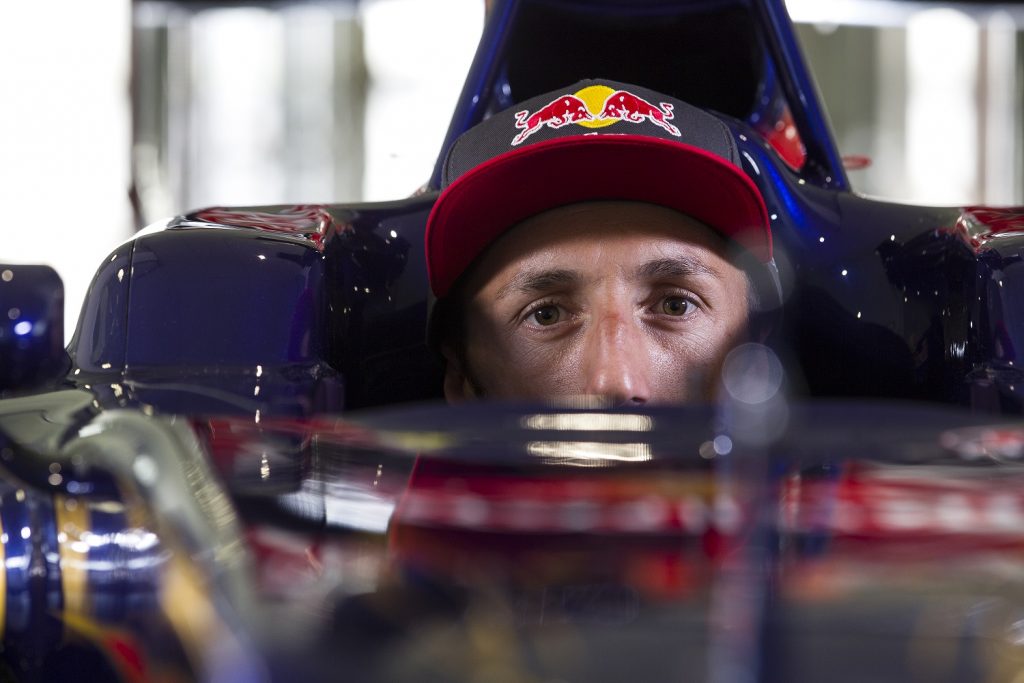 “Difficult and nervous …”, the MXGP World Champion talks exclusively about another special motorsport outing thanks to a Red Bull Racing Formula One test on June 6.

Tony Cairoli interrupted his post-wedding plans at the end of 2017 to circulate with the factory Red Bull KTM MotoGPTM machine at Valencia. Now, the Grand Prix winning Sicilian is anticipating his first laps in a Formula One car at the Red Bull Ring this week. #222 will join the Red Bull Racing test team to take a two-year old RB12 for some flying laps in Austria.

“I’ve pushed Red Bull quite a bit for this as I know it’s nice for me but also some good visibility for our sport because not many motocrossers get this opportunity,” Cairoli admitted. “It’s exciting to have done MotoGPTM and now Formula One.” 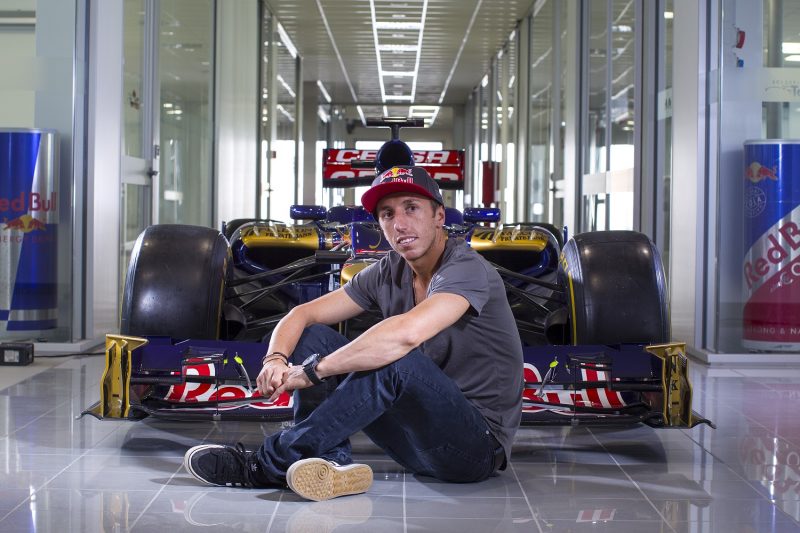 Speaking exclusively about the event, the nine-times number one also revealed that a degree of preparation has already gone into his F1 ‘debut’. He recently travelled to the team’s HQ in England to have his seat individually molded and to also make an obligatory session with the crew’s simulator. “It’s like a PlayStation but you feel the movements of the car and the throttle control and clutch is very sensitive,” he revealed. “It was difficult in the beginning but then they were very surprised by my laps. My times were actually very close to the drivers’ and not far from Verstappen’s! I cannot wait to test a real one.”

The 32-year-old is already an accomplished Rally car driver; a passion that he indulges once the MXGP season is complete. The F1 opportunity was a little more complicated in terms of scheduling for Tony to be able to try other methods of prep. “It would have been better to have done some karting but I haven’t had much time,” he says. “We’re fighting for the championship and that means we have to look to the day job first. This is just going to be for fun.”

Cairoli has already been able to think about the technicalities of the ‘spin’ thanks to his observations and experience with the simulator. “What is crucial with those cars are the braking points. I was braking late in the simulator because nothing can happen … but of course with a real car it is different! The steering wheel was pretty complicated but the hardest thing for me was getting in the car and making the seat; it is a strange feeling to be almost lying down. The cockpit is also really tight and the knuckles of your fingers almost touch the sides when they are on the wheel. There is almost no room at all and it is very compact.” 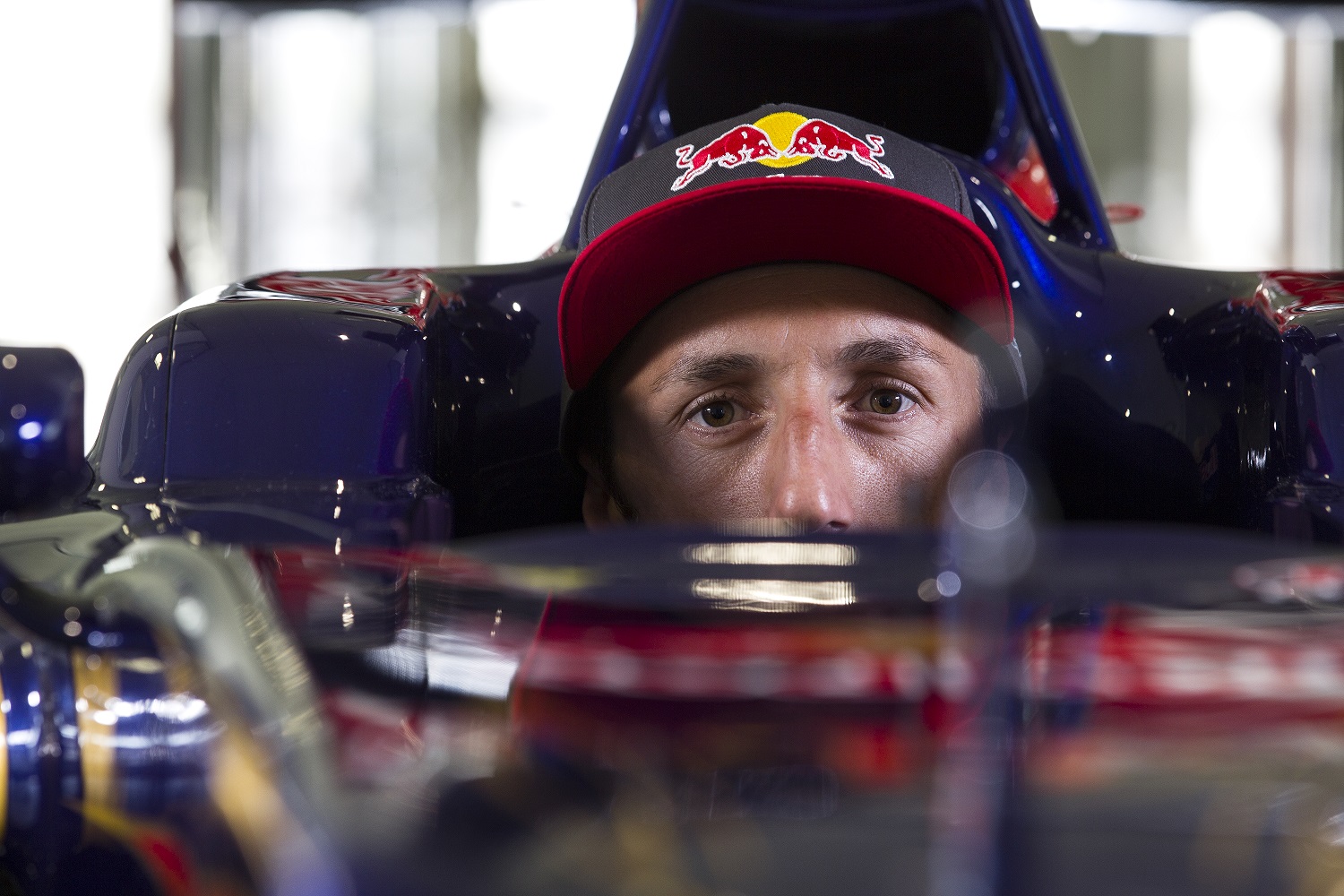 The Red Bull KTM rider competes in arguably the most liberal motorsport for individual expression. One of the reasons that motocross is so tough is because of the demand and punishment on all major muscle groups as the rider fights to manhandle the bike through the terrain and the air. F1 is the complete opposite, and perhaps one of the most constrained performance environments for the athlete. It is a marked contrast for TC222.

“Yes, and especially because I have asthma and I felt the claustrophobia when I had to sit there for 30 minutes with the helmet making the seat,” he half-jokes. “There is also another part with the seatbelts and top unit of the car pushing you down hard before you’ve even started the engine: this was the most difficult and nervous part of the whole process for me!”

The days of racing legends like John Surtees and Mike Hailwood interchanging world championship wheels and disciplines have long gone but Cairoli aims to prove that a racer’s instinct might still be the most valuable asset when it comes to making speed. Aside from the pride, there is also the bill to consider if perhaps it does go wrong and the gravel trap gets a bit too close: “I hope they have insurance but I don’t want to think about it!” 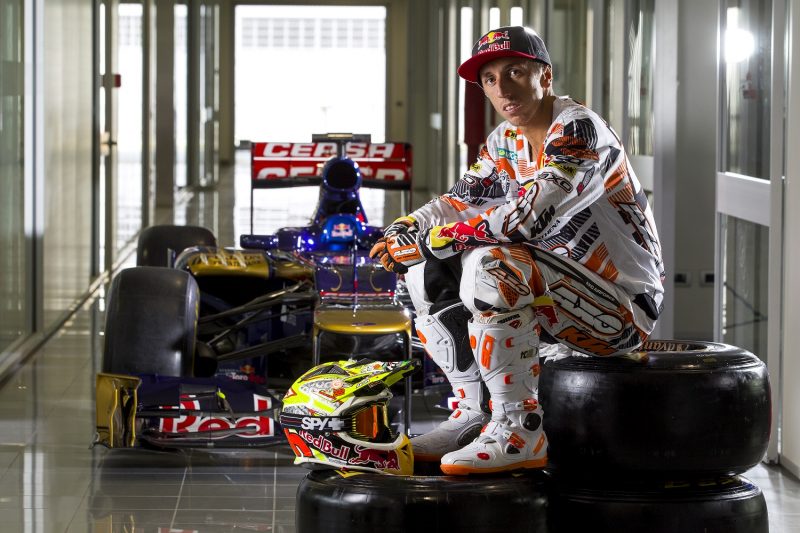