KTM’s grass roots lie in offroad racing. Offroad racing’s roots are in the families that devote their weekends to practicing and competing, be it at local, national or international level, so it’s only apt that KTM devotes energy into developing a superior quality of machine for the young rider.

Having introduced their children to the addictive sport of motorcycling, a parent usually must invest in a dirt bike of some sort and energy into taking their child to the track. With this in mind KTM knows its important to have a high-quality junior range with as fuss-free maintenance as possible, that’s rideable for the complete novice weekend warrior, right up-to the fastest youngsters competing at national and world championship racing straight out of the crate. No easy feat if it’s to be done properly.

Step in the KTM Sportmotorcycle Mini range. With the 50 SX Mini (available in some regions only), 50 SX, 65 SX and 85 SX, KTM delivers the youngster high-quality motorcycles for riding from the age of 4 up-to15 years, depending on the size of the rider, and the orange brand can boast that riders are enabled to be on a KTM his or her whole career. It’s well known that on any junior start gate there’s usually a sea of orange battling it out for victory, some of which become the next generation of pro-stars in all kinds of racing disciplines from offroad, Motocross, Enduro and street racing. 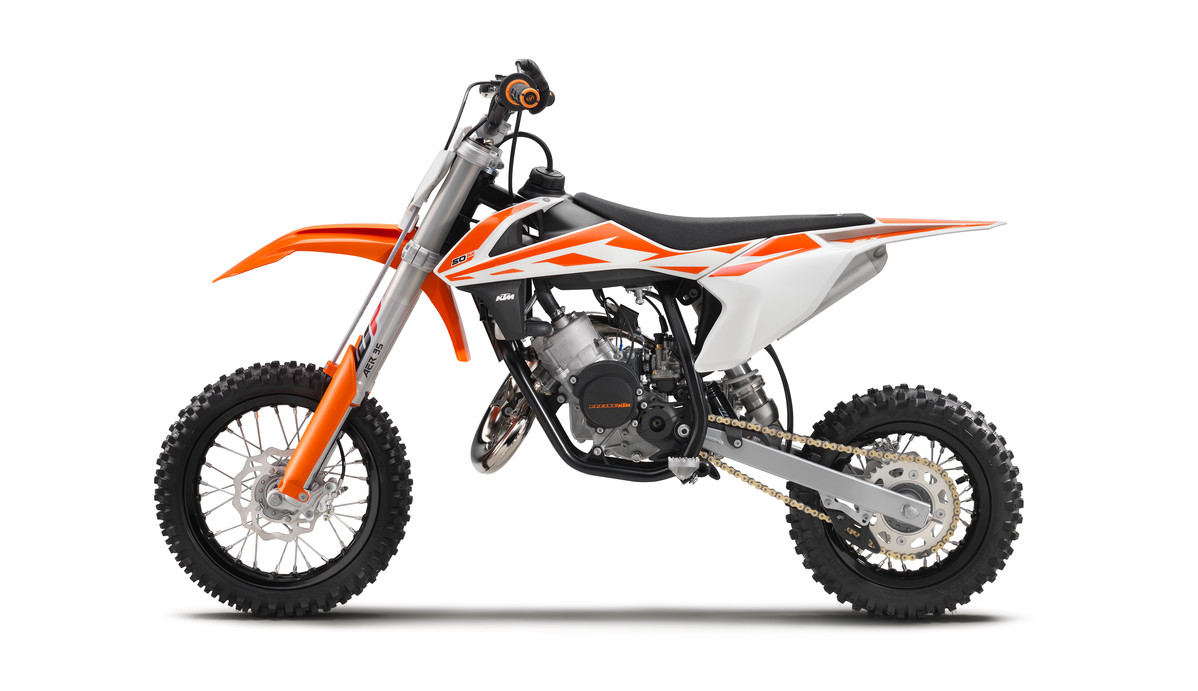 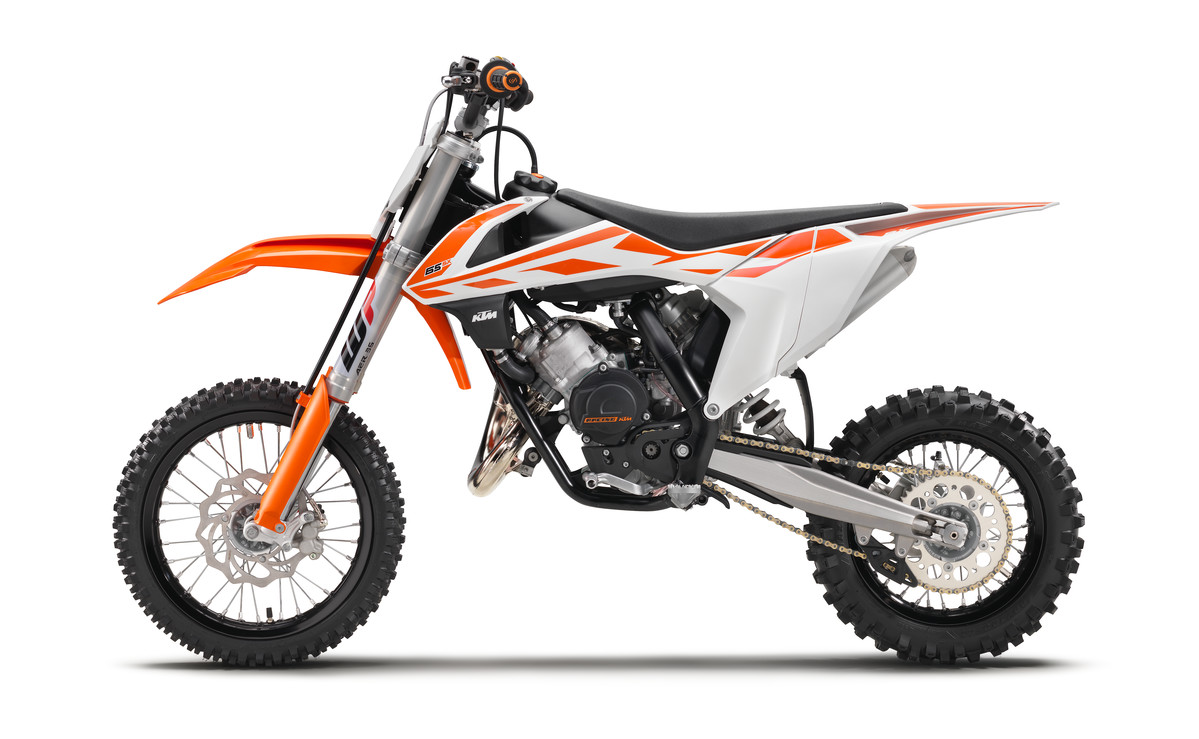 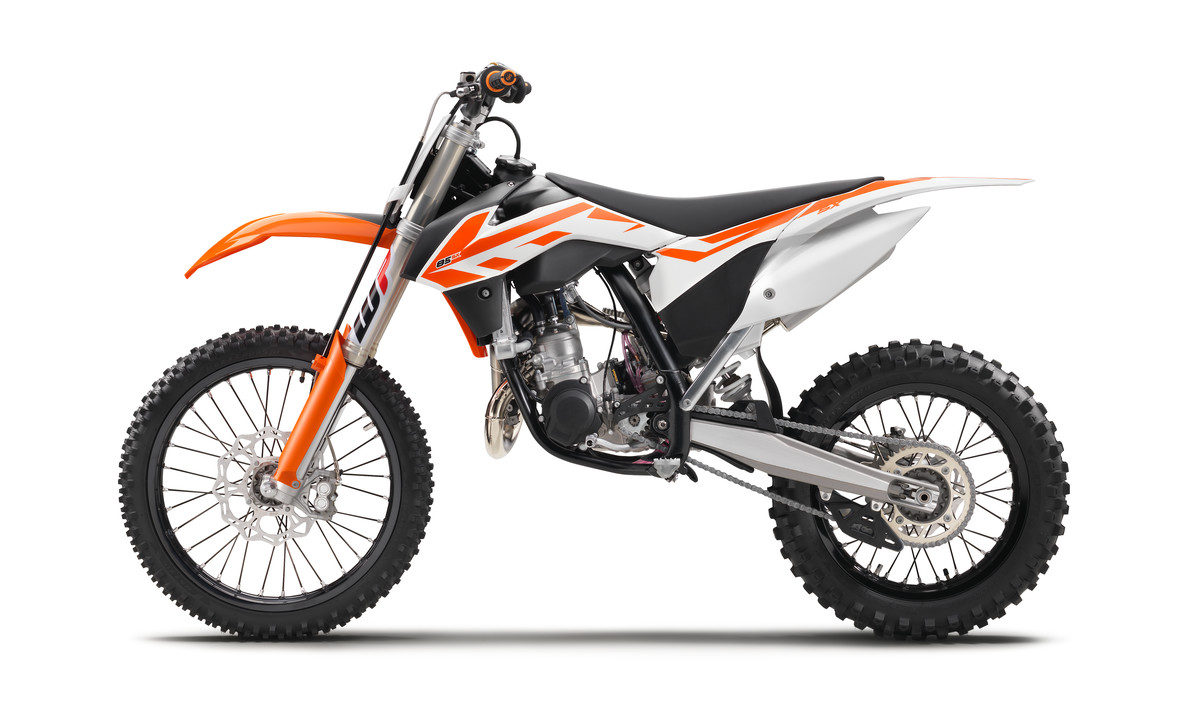 “To create the next model of Sportminicycle we are listening to the input (specification book) of the product management. We also talk to the parents of our junior riders while the current bikes are in the market. We are always thinking about improvements in quality, cost and performance and how we can achieve something even better. With these inputs we try to create the best “new generation” of bikes”, said Raphael Reindl, KTM R&D Department in Austria.

For MY2017 the ‘Mini’ range was presented in Las Vegas at the final round of the FIM Supercross World Championship, just one week after Ryan Dungey won KTM’s second 450 Supercross title. The 50 SX and 65 SX have been unveiled with the revolutionary AER 35 front forks, and the 50 SX also has a new shock absorber to compliment. These ultra-adjustable machines make it cheaper for the parent with the growing youngster, while also having masses of adjustability right at their fingertips. Just like on the big bikes. Not only that, all models in the junior SX range offer high performance that can be adjusted for the level of rider, with cool new graphics, perfect ergonomics, high-quality brakes, along with other new refinements and of course fit KTM’s READY TO RACE mantra. It’s important to note that the guys designing and testing these bikes are the same guys that design Ryan Dungey’s race bike. 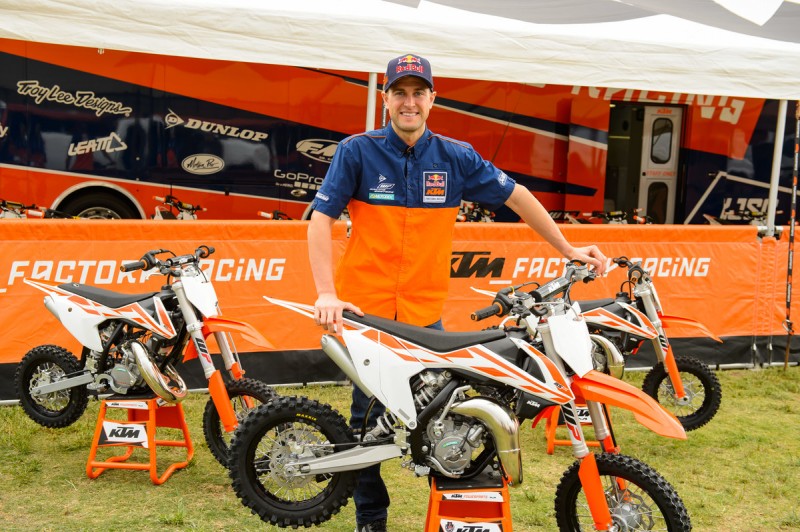 “The new WP AER 35 fork system is easily adjustable for the growing youth rider. You only need to increase the air pressure instead of changing fork-springs, plus the fork system weighs less than previous models”, continued Reindl.

“When it comes to technologies and processes on the adult bikes, we do often use the same. It depends if the new technology is an advantage for the junior bikes. But mostly it is. For example: the aluminum casted swingarm for the 65 SX in 2016 (less weight/better performance). AER forks for 50 SX and 65 SX are all based on the adult models, amongst many other things.”

“We try to cater for a wide range of ability by creating fully adjustable bikes. For example: Wide range adjustable forks and shock absorbers for all Sportminicycles, adjustable chassis heights and clutch engagement on the 50cm3’s; restrictor-kit for the youngest or inexperienced riders on the 50cm3’s and all other kind of performance and improvement parts (PowerParts) to make the bikes more suitable for all kind of riders. We test the bikes with function tests on our benches in R&D, then we send the bikes or test parts to chosen riders of varied ability, and also KTM USA R&D department for a wide range of feedback from different areas.”

So what’s clear is the range is aimed at providing a great quality of machine for the aspiring youngster with the parent or mechanic in mind, introducing them to the orange family and to awaken the passion for dirt biking for those who want to be world champion, as well as those who ride just for fun and of course being READY TO RACE right out of the crate. And they look awesome too – MY2017 is coming to a dealer near you very soon!