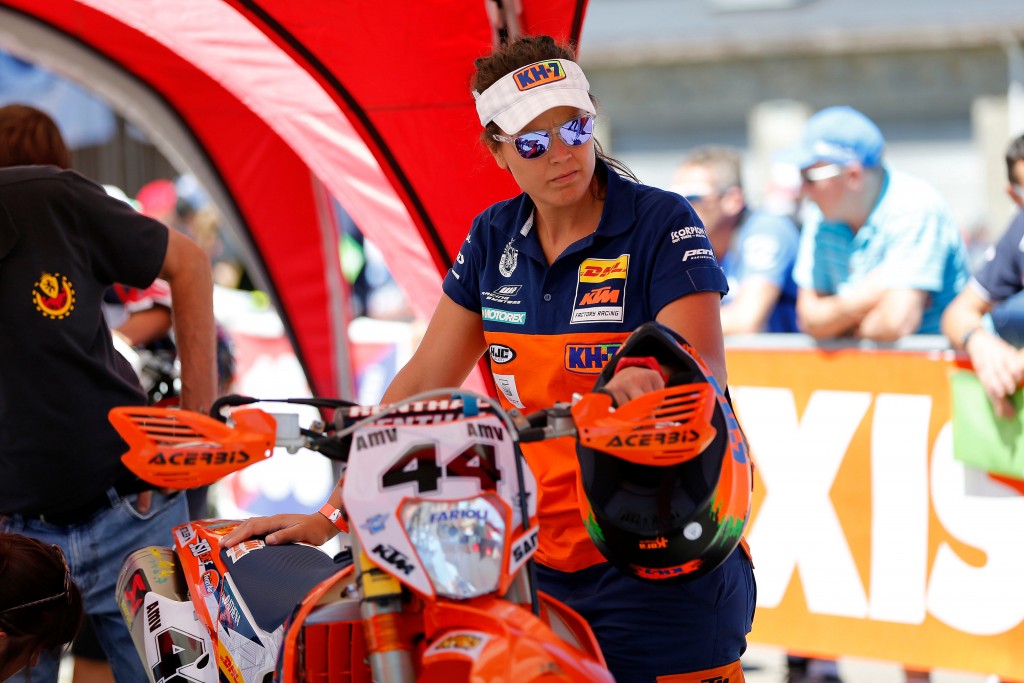 Interview of the Month: Laia Sanz – Time To Focus On Rallies

With a comfortable lead at the top of the Women’s Enduro World Championship, Laia Sanz is now focused on her other major goal – continuing to shine at the Dakar Rally.

With preparations for next January’s event soon to start, the KTM BLOG caught up with Laia right after she grabbed a third consecutive double victory at the EWC GP of Belgium. 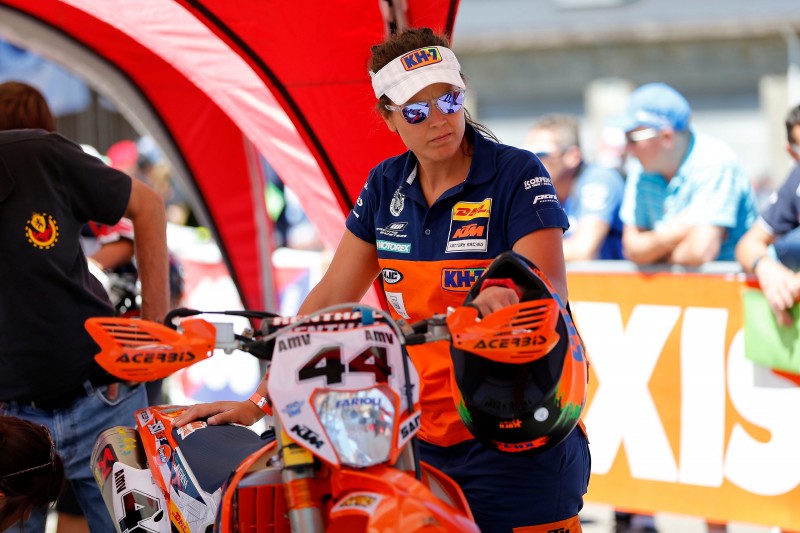 Firstly Laia. For those that might not know you started out winning multiple Trials World Championships before switching to Enduro. Why was that?
“I started racing Trials at a very young age. After many years and some great memories on the Trials scene, I decided to focus on Rallies. That was always a dream for me. In the meantime, I took up Enduro as a means to improve my riding and better prepare myself.”

Why did you choose to move to KTM in 2015?
“First of all, I need to say that joining KTM this year has been a great step forward in my career. It’s a decision that made me really happy. We all know KTM have a very experienced team in Rallies. As part of such a team there’re so many things to take and improve on myself. Getting better every time and learning more things every day is my major goal and that’s one of the main reasons I decided to join KTM.” 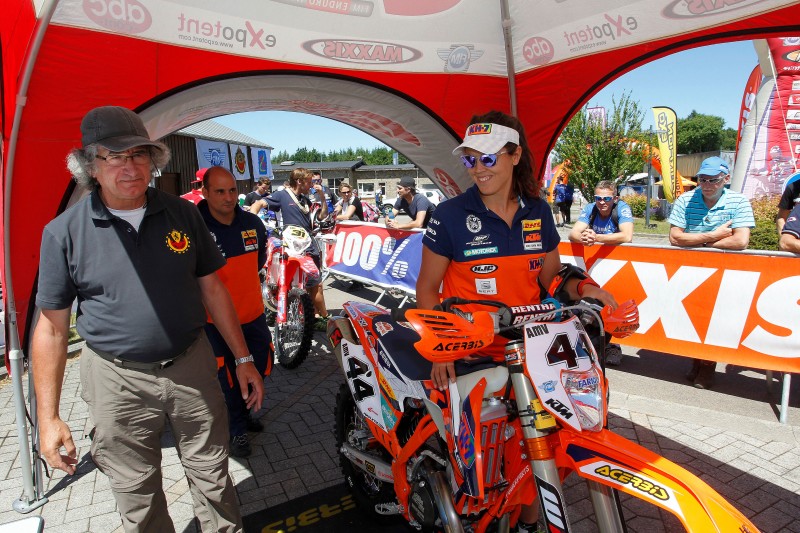 Of all KTM’s bikes you could’ve raced in Enduro, why did you go for the 350 EXC-F?
“Three years ago while I was still racing for GasGas I had to do some events on a bike that I’ve borrowed from a friend. It was a standard KTM 350 EXC-F, which I immediately liked. When I signed my contract with KTM at the beginning of this year, I was asked to choose which bike I wanted to race. I didn’t actually test any other bikes at that time as I just went for the 350 EXC-F. I think it’s the bike that best suits my riding style. It’s a well balanced bike that’s also closer in terms of performance to a 450 – our bike for the Rallies.”

You’ve had an amazing season in the Enduro World Championship with nothing but victories. Were you expecting things to be so easy with your new team?
“Being part of KTM’s factory team is making things so easy. Everything is simpler, from travelling to the events down to the actual racing. You have lots of people helping you and highly experienced mechanics. To be honest I didn’t expect to win all races, especially the first ones. After the 2015 Dakar I spent a lot of time away from bikes, as I wanted my injured shoulder to heal up a bit. When you change bikes you might as well take some time to adjust. Despite everything being new the results were perfect. It’s great I’ve won all races ahead of the final in France next October, as I can now take my mind off Enduro racing and put all my energies into my Rally training.”

Have you started testing KTM’s rally bike yet?
“I started testing a standard KTM Rally bike a couple of weeks ago. In the beginning I was very much surprised. It’s such a powerful bike and I can only imagine the factory bike being even better. I also love how stable it is. It’s a great comfort having a bike like that in a long race as the Dakar. KTM have been winning it for so many years and that’s also credited to having an amazing bike for the job. We’ll now have to work a bit on suspension. I need to spend more time on the bike and adapt to it. But my initial feelings riding it were very positive and that’s a great thing when you start working with a new team.” 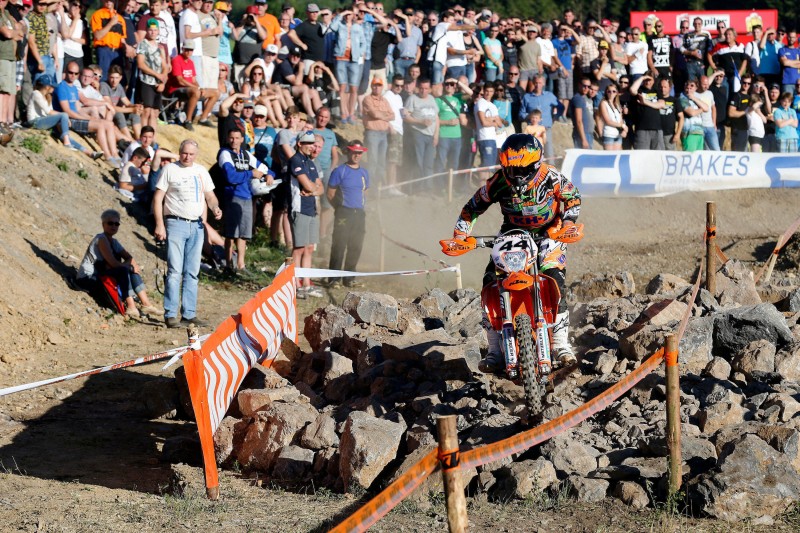 What were your initial thoughts after hearing about Marc Coma’s retirement?
“Knowing Marc I can be sure it was a decision he thought about a lot and it’s the best for him. Personally, I feel a bit sad about it as I’ve only recently arrived in the team and I was hoping I could spend more time next to him, learning new things. I was just racing Enduro at the beginning of the year so I didn’t actually have the chance to do some races with Marc. He decided it was the right moment for him to stop and he surely has good plans for the future. I wish him the best of luck. As for me, I can’t complain. Our team is full of talented riders, guys like Jordi Viladoms, who are surely faster than me and who I can learn a lot from.”

As a personality and as an athlete is Marc someone you’ve looked up to?
“Marc is a top rider with a great personality and everyone back home in Spain and in many other places in the world dream of following his footsteps. He’s great with media as well and everyone likes him. He’s a complete rider, he’s fast and also really intelligent when it comes to racing. He’s mentally strong and a guy that always has a good strategy. He’s the complete rider for a race like the Dakar. I think he should’ve stayed for one more year. He could’ve won the Dakar again in 2016 to reach Stephane Peterhansel’s number of six wins. He still has the ability to win it, but of course if your mind wants to stop, there’s nothing you can do about it. It’s not always easy to win and you get lots of pressure.” 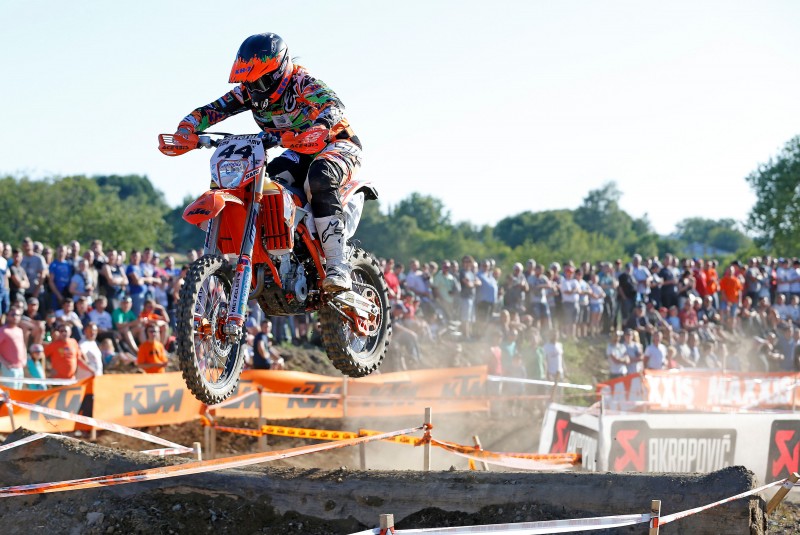 On top of all your racing obligations, you recently won another gold medal from the X-Games. What is it that makes you travel to the US each year?
“I love racing EnduroCross. It’s a totally different kind of race. American riders are now used to that kind of racing so it’s not easy to just fly there and compete. This year’s track was like a Supercross track for me, and I’m not that good on jumps. I’d like to do more EnduroCross races. It’s a great thing for my sponsors and a rider doing good there can earn some good money. It’s an amazing event as it’s just so big. But still the thing I want to put all my energy in is Rally racing. One thing for sure, I get lots more social media followers after every race in the US.”

What do you think about the changes made to the route of 2016 Dakar Rally? After an incredible ninth place overall in 2015, what are your goals for next year?
“It’s not good that we lost Chile, but I understand it was a necessary thing to do after all the devastation that took place lately. At the same time though I love Peru. I remember us racing through Peru a couple of years ago – it was amazing. It was a real tough challenge that needed some good navigation skills. And that’s where I do best. We still have a long way to go until the actual race begins but my plan is just to build up on last year’s amazing result and try to improve.”

62 Responses to Interview of the Month: Laia Sanz – Time To Focus On Rallies