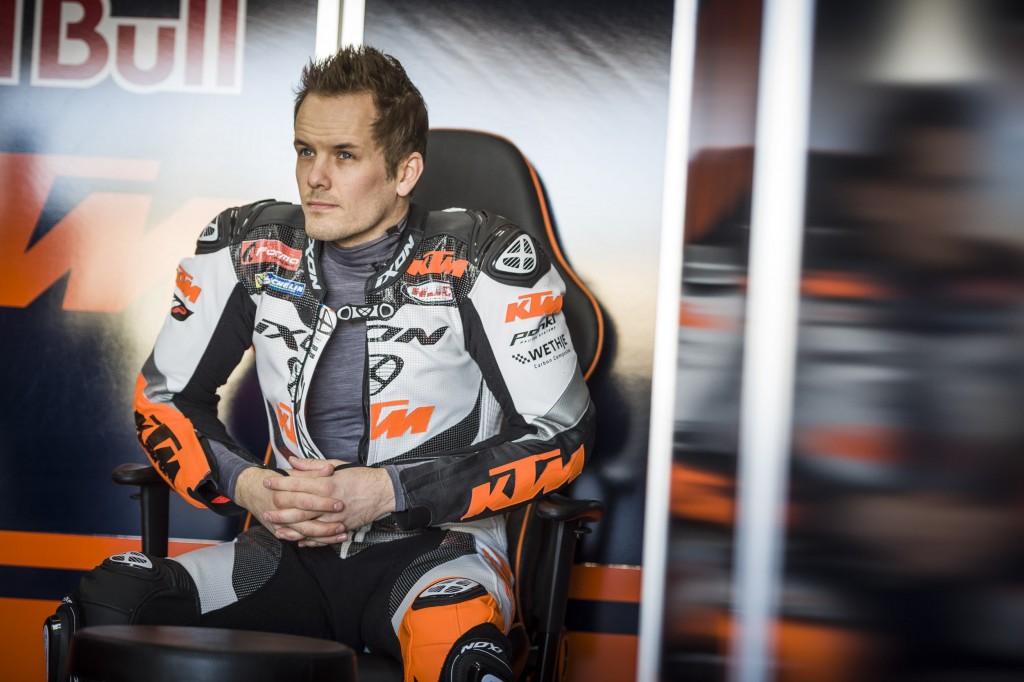 Interview of the Month: Mika on MotoGP – KTM’s new test rider talks about a fresh challenge

Mika Kallio, recently turned 33 years of age, is one of KTM’s most decorated Grand Prix riders. The Fin has posted twelve wins and another 32 podium finishes and classified as a world championship runner-up twice in five years wearing ‘orange’. 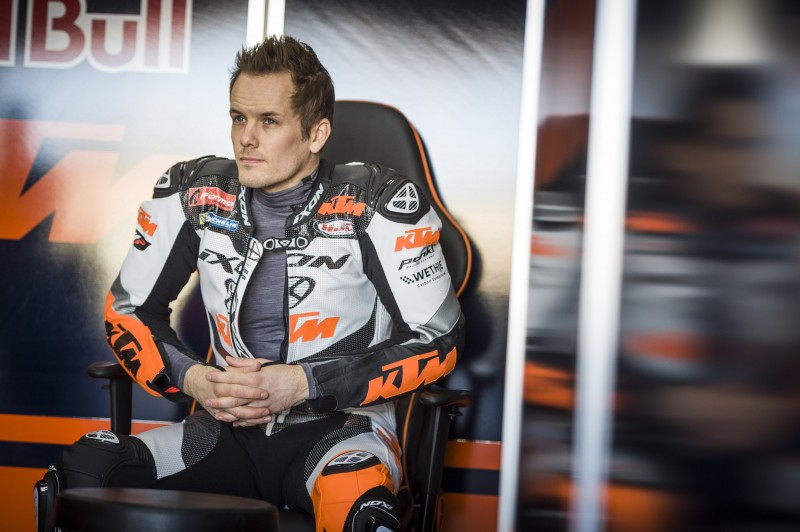 While Pit Beirer and crew have been diligently building a MotoGP structure and team over the past eighteen months it was clear that the final piece of the formula would come with a rider with the experience to lead the project on the track and with the speed to take it to the best possible level for a 2017 launch. Mika Kallio has both traits thanks to fourteen seasons at the top level and was still winning Moto2 races as late as 2014.

We acquired some time with Mika at Valencia for the final Grand Prix of 2015 and what would be his swansong in the class after half a decade and only three weeks before he would climb aboard KTM’s sumptuous looking MotoGP machine. We wanted to talk the transition from being part of a bustling Moto2 field to project leader and ultimately a possible path back to the premier class …

Mika, I know you have a history with KTM but when did you make the decision to take on this new role?
“I think we first spoke almost a year ago but almost in a jokey way and how it’d be nice to come back to KTM when the project for MotoGP started properly. We kept contact during the season and it was during the summertime that we asked what plans they had for testing during 2016. I was really interested for a couple of reasons: firstly, like you say we have some history there and I’ve known the KTM people for many years, secondly I also know that when they start something they are very serious about it and this was important for me because I knew they would push hard and try to be the best when they go to the track. Personally it is nice to be part of this kind of team and I have always been the kind of rider that likes to develop bikes and I’m interested by the small details. During a race weekend I always like to check all of the data myself and it is all somehow interesting for me as a rider. I’m keen to take it [the KTM project] from say zero to the best we can be. Another thing is that I have been riding for many years in Moto2 and this season has been quite complicated for me to make good results, which was the complete opposite to the year before. I struggled a lot with the change in the Dunlops to find a good feeling and I knew their strategy with the tires would continue for 2016 and this was another reason to skip things in Moto2 and look towards something else.” 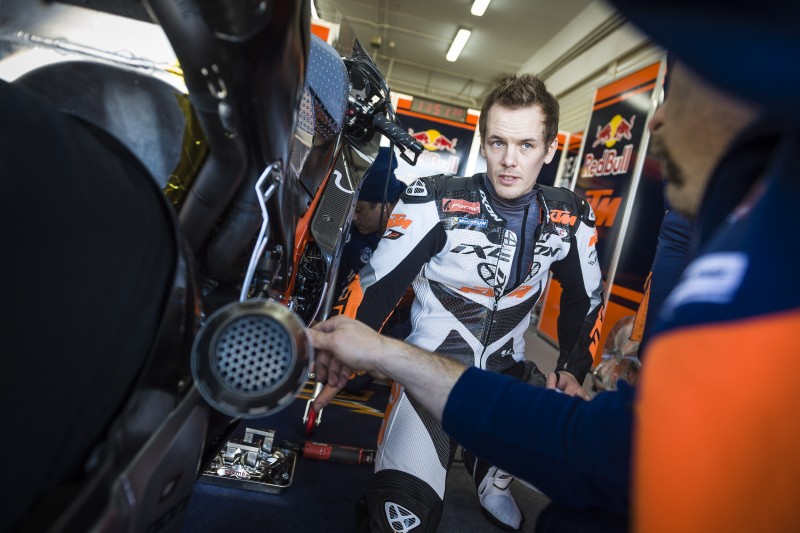 How does a testing role that is almost non-competitive have an impact on your career? 2014 was so good for you. How do you feel about 2016 and beyond?
“For sure I was thinking about all the possibilities and the negative point is the fact that I miss the racing and for a rider you always want to be competing with others. I need to handle it somehow and I hope I can come back in 2017 to make the races and demonstrate to KTM that I am fast enough to do it for them. I think my career is not over and after one year testing and helping this project I hope I can be back at the GPs.”

So you are the type of rider that finds a lot of satisfaction in slicing tenths or more from lap-times thanks to the technical work?
“It is important and I think anybody in any team likes to see progression. I think KTM chose me because they trust that I can do the job and be a good test rider for them. Usually this is one of my strong points that I can bring to teams; good information about the bike and details that we need to improve. I’m always ready and keen to test everything and for sure it will be satisfying for all of us to see improvements.” 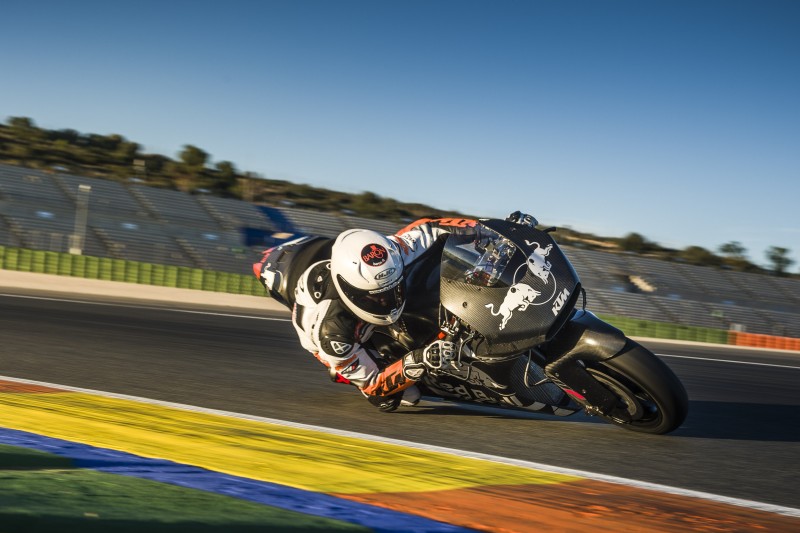 KTM have such a strong name in offroad and are renowned for strong engines. For you, after a number of years on 600cc machinery, will it be revitalizing to sit on something that could be a bit ‘crazy’?
“[smiles] I was in MotoGP in 2009 and 2010 and then in Moto2 the power was something I really missed! It is so nice when you have that power. I don’t think the difference will be a problem. I was practicing in the past with a Superbike and testing for Michelin also with a bigger bike. I know what to expect with KTM and we know that they have always been quite good on the engine side.”

Pit Beirer said the team will be based in Austria and also using KTM Spain as a base. What’s your plan?
“Well it will be good to get some laps already before the winter break and to be part of the team immediately. We will need a few shakedown laps and I spoke with Alex [Hofmann] before and he said the bike already had good balance and there were no obvious weak points. He also said the engine was pretty powerful! It is such a new project that usually you have to look for improvements in all areas. It is hard to say now if it will be power or electronics or chassis. I need to get a feeling on the first laps and for sure it will be very different after all those seasons in Moto2. I have to adapt my style.” And Moto3? Is there any plan for you to help out there?
“We haven’t spoken about this yet and I think we will just focus on the MotoGP bike. It is two completely different machines and if you start to mix it too much then it won’t help.”

Lastly coming back to KTM means you should get a nice pick of offroad bikes …?
“[smiles] Yeah, you never know! I remember when I was racing with them before I always had the best Motocross bikes but I didn’t use them so much on the Motocross track … what I did use them for was ice racing in the winter. We used the base of the bike and altered the suspension and the tires were of course with the spikes. Since those days I have been using a KTM every year and in the garage now I still have a 250 and 450 … even the 560 Supermoto! Maybe I can swap them for some new ones!”

64 Responses to Interview of the Month: Mika on MotoGP – KTM’s new test rider talks about a fresh challenge