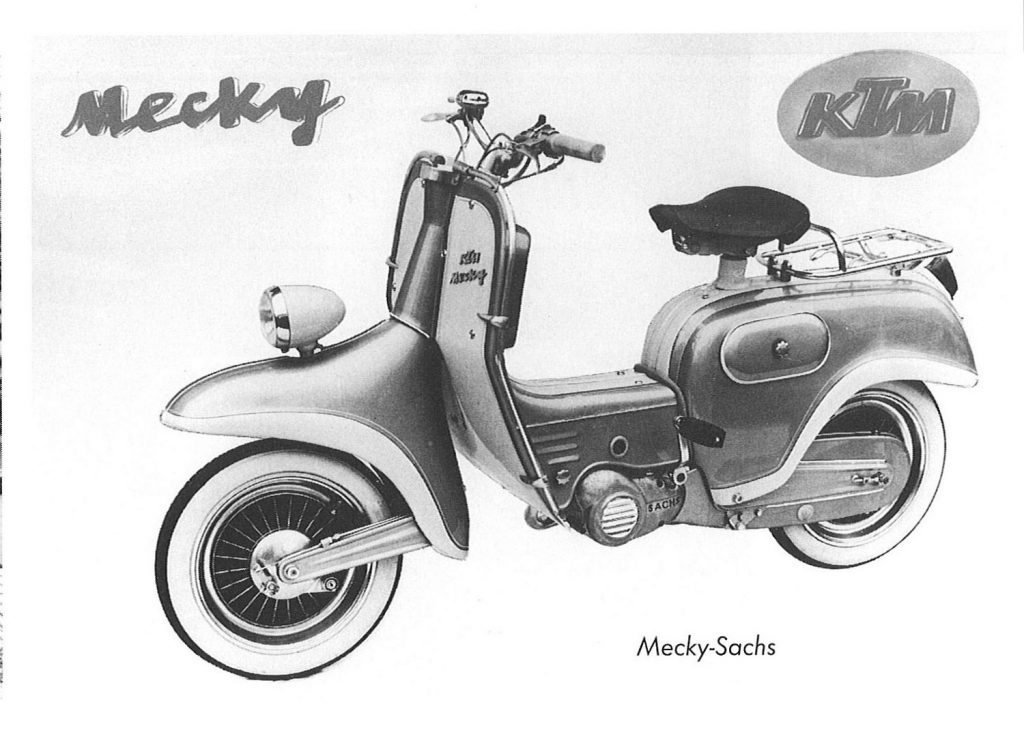 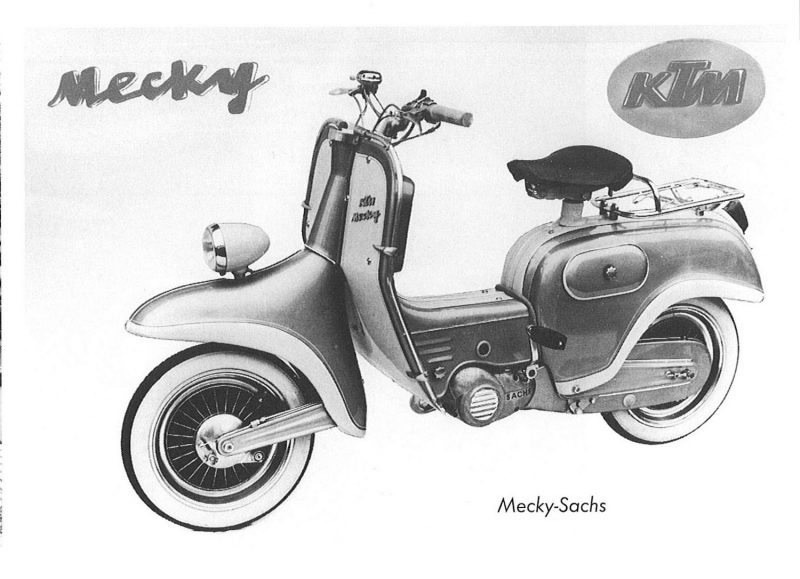 Originally, KTM only competed in offroad sport – known today as Enduro racing – where the robust 125 cc and 175 cc mass-produced tourist motorcycles were deployed with success. At that time, deep-tread tires and wide offroad handlebars were enough to remain at the forefront. But CEO Hans Trunkenpolz would soon take a shine to the considerably more popular sport of road racing. The fact that there were numerous regional races in the Salzburg area, in which separate classes for touring motorcycles were also offered, helped matters even further. Following the first victories, achieved by the junior manager Erich Trunkenpolz, KTM also had its sights set on entering the racing bike class. In spring 1955, KTM co-owner Ernst Kronreif succeeded in poaching the 21-year-old talent Erwin Lechner from Puch and signing him as a KTM factory rider. The youngster subsequently returned the favor for the trust placed in him by achieving gold medals and a number of class victories. Although unthinkable today, back then it was common for riders to start both with Motocross as well as Enduro and road racing, and to achieve success in all disciplines.

The kick-off of the 1957 season at the ice race in Zell am See was eagerly anticipated. While Paul Schwarz and Franz Albert were already riding the new Apfelbeck KTM racing bikes with a double camshaft motor, Erwin Lechner competed on a practically standard 175 cc 2-stroke bike, with which he achieved an outstanding second place in the 350 cc class. He also had to appear on a 2-stroker at the start of the road-racing season, as his Apfelbeck racer wasn’t ready yet. Spectators had a glimpse of his skills at the international Salzburg highway race, where he took fifth place behind the double world champion Carlo Ubbiali and three other world-class riders on the still unfaired Apfelbeck KTM. At the Internationale Alpenfahrt (International Alpine Rally) in Carinthia, an extremely challenging offroad race lasting several days, Lechner won a gold medal. 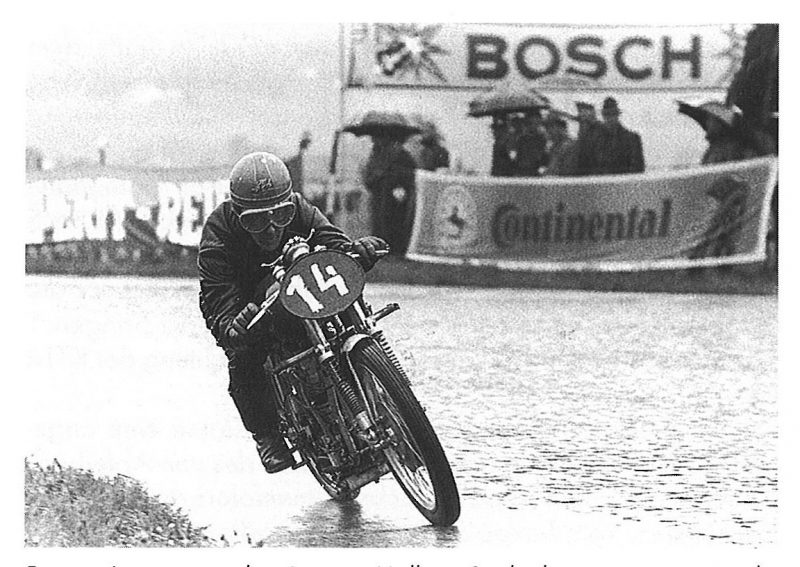 By the end of the 1957 season, Erwin Lechner was the double national champion for KTM. He won the championship in both road and mountain racing as well as reliability racing, plus countless victories in the increasingly popular Motocross events. In 1958, he repeated his success. At the 33rd International Six Days Enduro in Garmisch-Partenkirchen (Germany), he was nominated for the Austrian Silver Vase Team (today’s Junior Trophy) and brought a silver medal home to Mattighofen. In the years that followed, Lechner won another five national championships, some on privately owned KTMs, after his racing contract ended with the factory due to the Europe-wide crisis on the motorcycle market.

The 125 cc racing engine designed by Ludwig Apfelbeck formed the basis of many of Lechner’s road-racing successes, but the designer didn’t just work for the racing department; he was also responsible for series production at KTM. 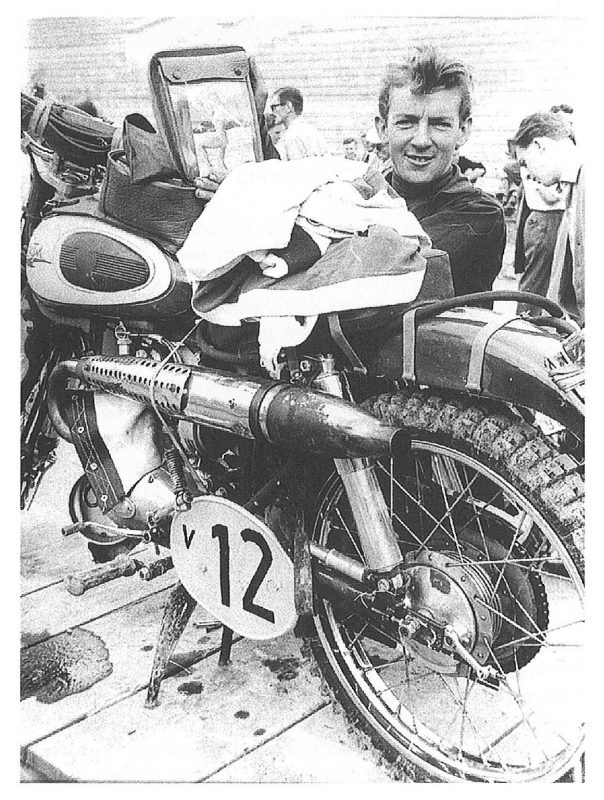 By the mid-1950s, scooters were becoming an increasingly common sight on urban streets. The start of the economic miracle in Austria heralded a time in which many could afford motorized transport. Scooters offered much better weather protection for the daily commute than unfaired motorcycles, so much so that practically every motorcycle manufacturer featured a scooter in their range – and KTM was no exception. The Mirabell was launched in 1955, initially as a 125 cc model, and later as a 150 cc. In order to attract those who were still reliant on mopeds as they had no motorcycle driving license, CEO Hans Trunkenpolz invented his take on a moped – a small, one-seater scooter that was powered by a 50 cc engine with tread cranks and named “Mecky” after a popular comic figure of the time.  Designed by Apfelbeck and manufactured exclusively in Mattighofen, the engine in the Mecky was the first truly KTM engine in the company’s long history. By the standards of the day the chassis was a pioneering development – the suspension was made from rubber torsion elements and the stylish wheels were even made from cast aluminum. A year later the Mecky was also available as a more powerful two-seater variant, with the popular fan-cooled Sachs engine.

KTM supplied reliable 50 cc scooters to the masses until 1988, with the Ponny II being the last to roll off the production line. If you’re very lucky, you can still occasionally admire one of the pastel-colored Meckys at a vintage rally, which carry the air of something of a bygone era. 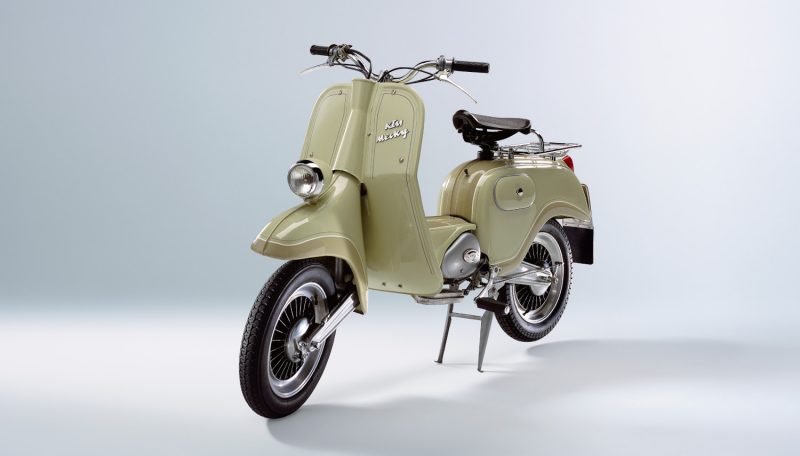