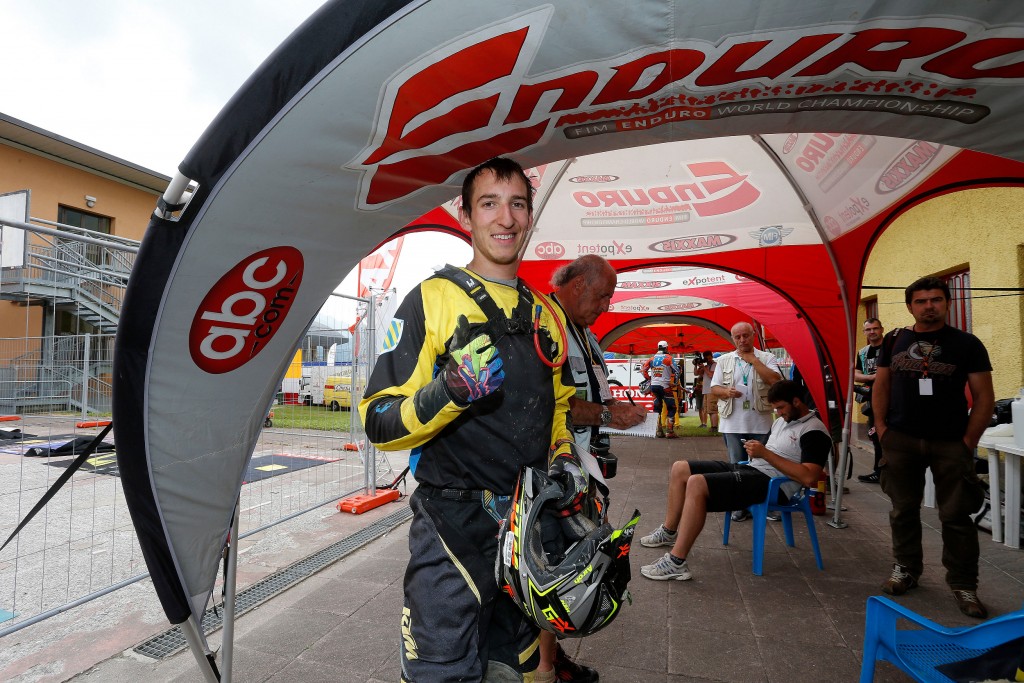 Racing the Enduro World Championship is something that almost every Enduro rider aspires to do at some stage in their riding career. For some it’s the dream of racing in, and hopefully winning, world championships – being the best in the world. For others it’s simply about getting the opportunity to race alongside the best in the world.

Finally getting his chance to race in the EWC, KTM Marketing Workshop mechanic Bernhard Schöpf and in the team KTM Walzer current leader in the Austrian Enduro championship signed up to compete in the recent GP of Italy – round five of the 2015 EWC series. Eager to see where he stacked up against some of the best Enduro riders in the world, 24-year-old Schöpf entered the highly competitive Enduro 2 class and headed to Rovetta to race … and impresses with a 13th and 12th place.

“Racing in the Enduro World Championship is something I’ve wanted to do for a number of years now. It’s the pinnacle of Enduro. I’ve followed the races for a lot of years and I’ve always wondered where I would finish against some of the best Enduro riders in the world. Or, even if I would be able to finish. Ok, I never expected myself to win or get close to the podium – I’m a normal guy with a normal job – but I always thought that if I got the chance to race one then I should just go for it and do it.” 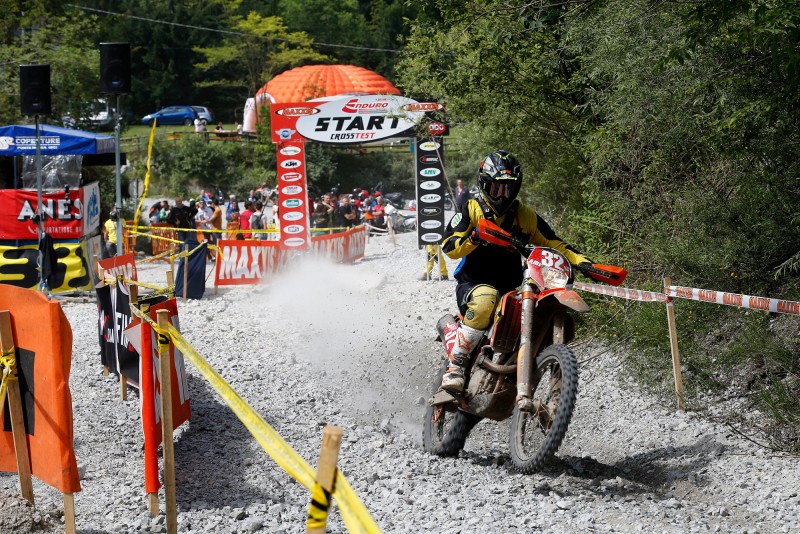 “The beauty of Enduro is that you don’t have to be a highly professional rider with a heavily supported team and infrastructure behind you to compete at this level. It’s not like MotoGP or even Motocross, if you’ve got a bike, ability and desire then you can race. Of course team support is a major factor in winning in the EWC but for someone like myself, a normal hobby rider, I can still race.”

“Deciding what class to race in was my first priority. I had three to choose from – Enduro 1, Enduro 2 and Enduro 3. At the moment my choice of bike is the 2015 KTM 350 EXC-F so that put me into the Enduro 2 class. It’s a bike that really suits my style of riding. There’s more than enough power and the suspension and handling is really good. It was the tool I needed to survive two tough days of racing.” 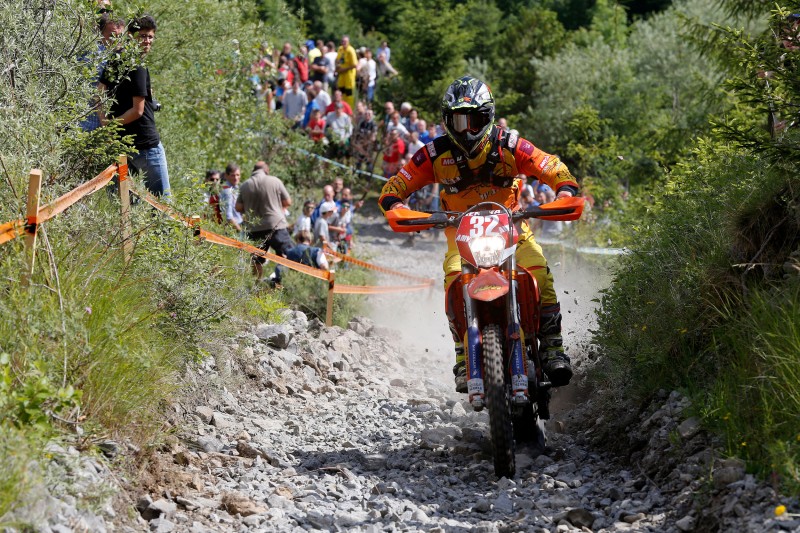 “In the build up to the GP of Italy I upped my training and also took on the Erzbergrodeo as preparation. Erzberg was good training for this but still a completely different race. Erzberg is tough but only for four hours. It’s a different kind of pain, torture and struggle. There you spend a lot of time pushing, pulling and dragging your bike. The EWC is equally tough but in a very different way, it grinds you down – it’s exhausting.”

“What surprised me most about the EWC was how hard the nature of the race was. The GP of Italy is always known for its difficulty. The Italians pride themselves on tradition and run tough and technical races. I think this race was hard, really hard – maybe more than I expected it to be. The long days really take a toll on your body. You’re constantly riding your bike all day with very little time to rest. Then in the special tests you must race at 100 per cent for almost ten minutes at a time. We raced twelve tests each day so overall that’s becomes a tough thing to do.”

“The speed of the top riders is almost mind blowing. It’s not just that they can ride fast but more so that they can do it during all of the twelve special tests while also covering many kilometers on the liaison sections. Trust me, by the end of day two the special tests were completely destroyed. Mud holes, deep ruts, massive braking bumps and rutted hill climbs made them anything but easy. Yet these guys just dealt with it and were able to keep the throttle wide open with 100 per cent commitment.” 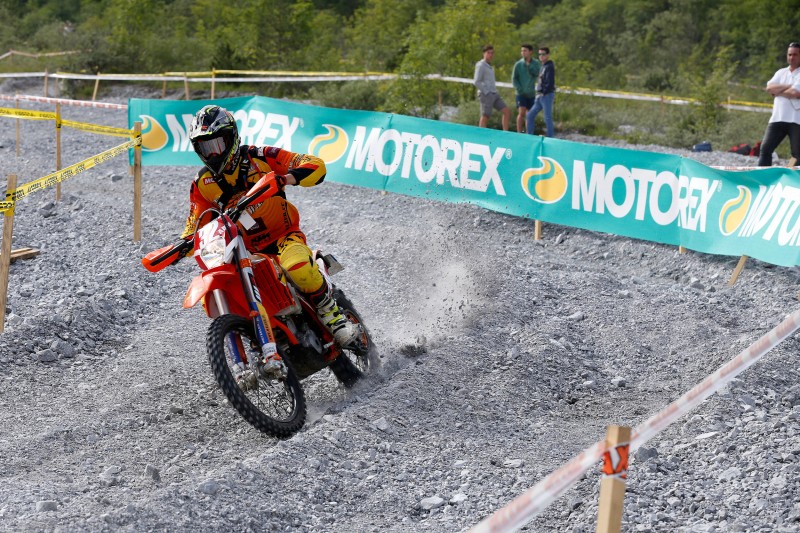 “The Italian crowds were crazy too. The guys watching the racing were so passionate about Enduro it was good to see. It almost didn’t matter which country you were from as they cheered and waved everybody on. For me the KTM Super Test on Friday was the most exciting part of the weekend. The number of spectators there was crazy and so many people had brought flags, fire crackers and noisy chainsaws and things to cheer on the riders. It was a real party zone and it definitely put you in the mood for race day.”

“Personally I was happy with my results. I knew racing in the Enduro 2 class would be a huge challenge – it’s probably the most competitive category in the EWC – but I felt ready for it. And having reached checkpoint 17 in the Red Bull Hare Scramble I knew my riding was good. I didn’t set any major goals to achieve in Italy – mainly just enjoy the moment and give it my best shot. I feel like I did just that. Top fifteen results both days on a stock bike is something that I can be proud of. After a couple of years waiting I’m finally glad I’ve given the EWC a go and maybe in the future I can return and race some more. But for now it’s back to the day job.” 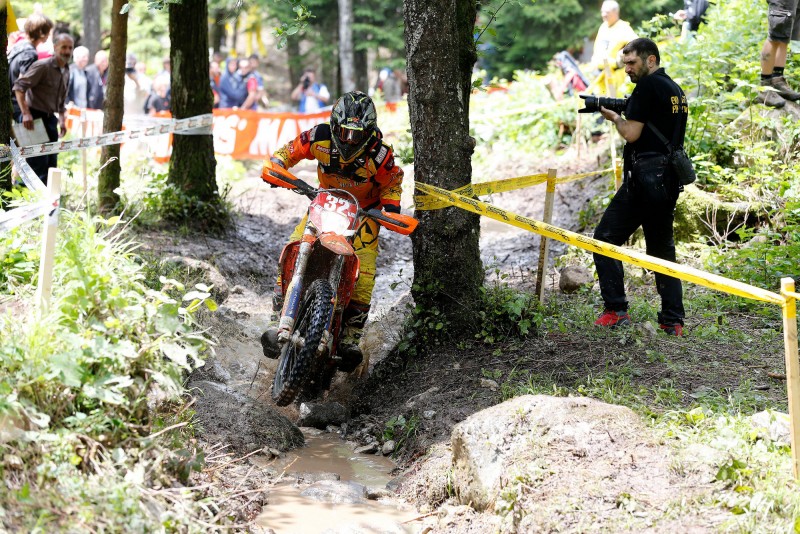