There was a moment when I was worried about the sharp air penetrating straight through to my heart. It was reassuring to know that at thirty-eight years old that there are still plenty of ‘first time’ experiences in life. I am stood in my underwear with only some thermal gloves and a pair of clogs in a ‘Cryosauna’: a cylindrical chamber not unlike a shower cubicle and I’m surrounded by plumes of dry ice.

On the wall the temperature gauge reads -145 Celsius. This contraption seems like a form of torture but one that costs over 100,000 euros and uses ten litres of canned liquid nitrogen per session with four tubes costing 10,000 euros a pop. 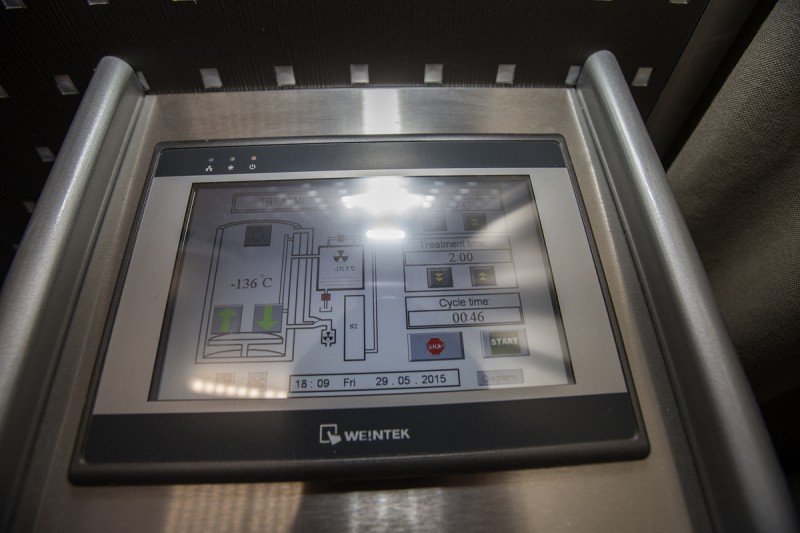 Cryotherapy has come to MXGP – the FIM Motocross World Championship – courtesy of the Clinic Medical Mobile and the Ramel family who have invested enormous sums of money into the facility that also services other sports like cycling, rugby and tennis around France and Europe.

The ‘sauna’ (nice reversal there) is making its debut at Villars-sous-Écot and the Grand Prix of France as part of the upgrade to the Ramel’s medical truck. It is stage one of a complete refit to their radiography and treatment facilities that will eventually top a value of almost two million euros when a full body scanner is installed and switched on in September. Motocross is one of – if not the – most brutal motorsports where even a slow speed tumble can lead to a break, fracture or rupture. Top level Grand Prix motocrossers, like Red Bull KTM’s Tony Cairoli or Jeffrey Herlings, can be as fit as professional cyclists and follow an intense training routine. Any help they can get at the race-track is appreciated.

So why am I standing for two minutes in a machine (professional Rugby players for clubs like European Champions Toulon and the French National team enter for three minutes, twice a day) that provides the equivalent sensation of jumping in an ice hole in the north pole? There are apparently three (medically proven) reasons why this treatment is considered of benefit. One, it helps and speeds up recovery. Two, it assists the healing process for fractures and ailments like tendonitis and thirdly it acts as a de-stressing agent, producing a feeling of “euphoria” according to Gregory Ramel who is keeping a careful watch on the temperature gauge and my concerned face. For the aging and ‘expanding’ journalist three minutes of Cryo also burns off eight hundred calories: handy. 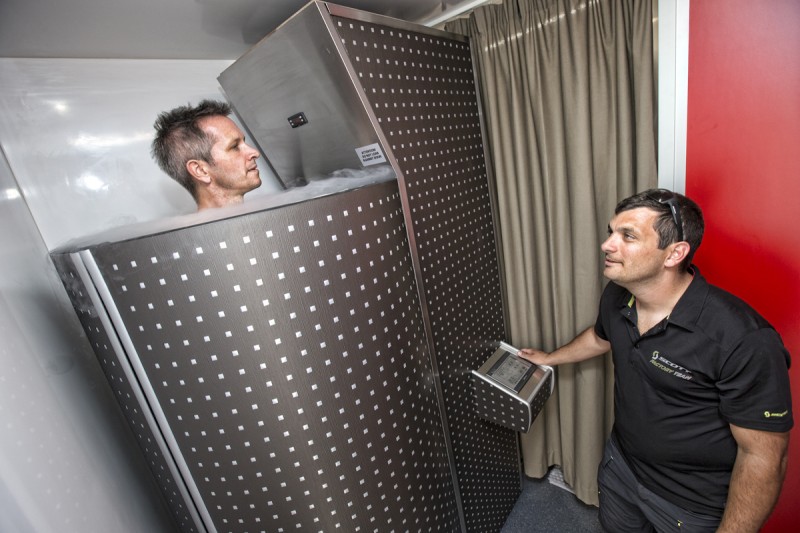 The Cryosauna gets very cold, very fast. The skin and joints react immediately to the change of temperature and I feel like I am on the point of starting to tremble. Oddly my wrists and knees (too much football) start to ache slightly with just over a minute on the clock. My gloves and shoes have iced-over and I am told I can move around slightly which helps with my apprehension. I would not describe the feeling as pleasurable; I mean who likes to be very cold? My mind also wanders to those areas on earth where extreme low temperatures are the norm. How would I handle that?

When the two minutes are up and I can step out of the machine I feel like I have had ten espressos. It has definitely woken me up and although it takes a while for my wrists to feel normal again I can imagine how regular Cryotherapy sessions as part of an exercise programme would bring advantages. As I’m an active person the ‘ice experience’ is tangible but for its assistance for pro athletes I can only assume it would do some good. 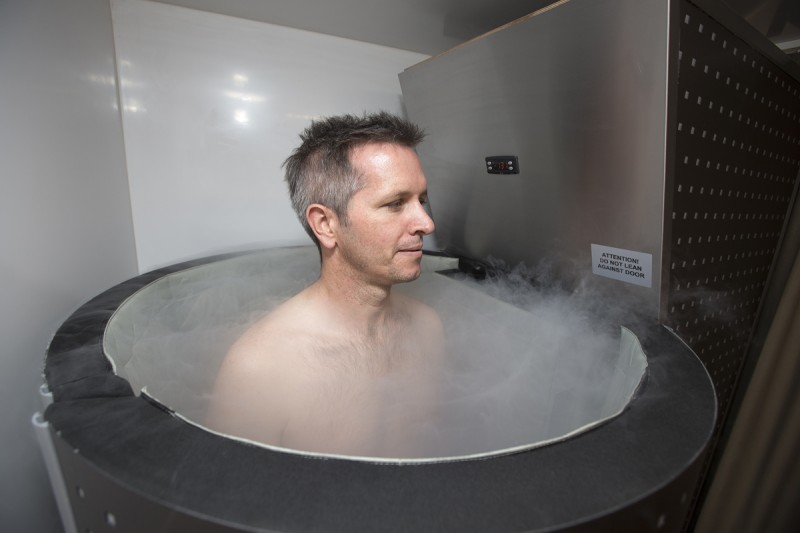 Two days later at Villars Jeffrey Herlings would take his fourth double moto win in the MX2 class this season and open up a 113 point advantage in the championship standings with ten Grand Prix still to go. The Dutchman’s rivals would probably raise an eyebrow if Herlings was using cryotherapy as part of his preparation … but in another way they might want to push him inside as ‘84’ is definitely too hot to handle at the moment.