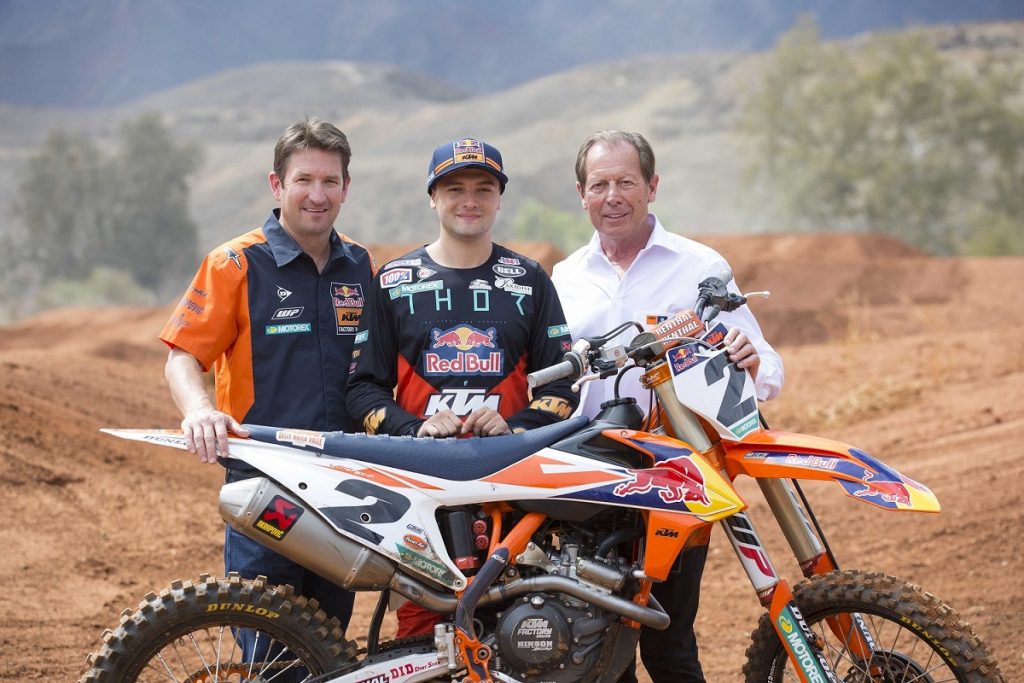 Roger De Coster has his man. Three times AMA champion Cooper Webb had been on the Belgian’s radar for some time in the vast and exciting world of American supercross and motocross. The athlete from North Carolina is just 22 years old and has two 250 SX West Coast titles and one 250 MX motocross crown but he has struggled to replicate that aggressive and determined form since moving into the 450 category for 2017; injuries have also not helped his progress.

Red Bull KTM now have a fantastic prospect to mould.

For 2019 Team Manager Ian Harrison will count on Webb’s undoubted talent alongside Marvin Musquin on the KTM 450 SX-F in the Baseball and American Football arenas and then across the breadth of the USA for the summer MX series. For Webb the move to ‘orange’ is a big one; a change of residence, manufacturer, trainer and guiding forces for a season that will stretch to more than thirty weekends. 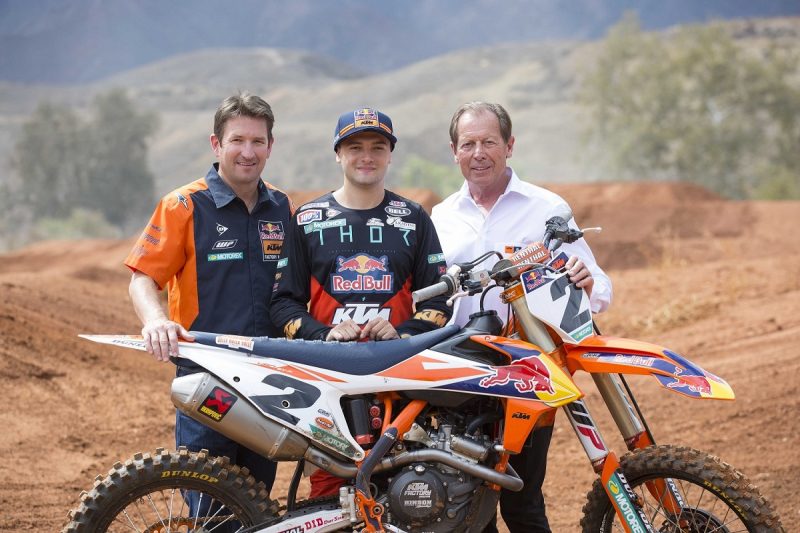 We facetimed Cooper at his base in Florida and after he’d taken his first laps with the KTM 450 SX-F and in the company of De Coster, Harrison and Co.

Cooper, after the success with Ryan Dungey and Marvin in recent years is there a feeling that a chance with Red Bull KTM is one that cannot be considered lightly?
“Absolutely. We’ve been talking for a long time and it was an honor when they reached out for me to be the next guy. They’ve really turned that team around and you cannot argue with the results over the past 5-8 years. I think they’ve managed to create one of the best teams out there.”

The prospect of working with Roger and Ian must have been important as well?
“I’ve seen them work every week and how they went about their racing. It was a big part of the appeal for me. The KTM is obviously a great bike but the way the crew is and all the knowledge and experience makes for a pretty powerful team. Even in my first few days with them and riding the bike, I learned so much about setup and racecraft. I’m only 22 so I still have a lot to learn.”

It’s a hefty change of scene for you …
“Yes and no. I mean it was a humongous change in some aspects: living, my trainer and from one bike or brand that I had been with for 5-6 years. Now that it is real and happening and moving fast it doesn’t feel that crazy. I’m finding my way and I’m really happy while I’m doing it. It’s also cool to be with Red Bull again because I was with them as an amateur and they always treated me really well. So, there have been a lot of changes but positive ones.”

While there have been #5s, #1s, #25s on the KTMs then there have been great results. Does that increase the pressure to hit the same marks?
“Ha! There’s always a bit of pressure in any team you go to but it’s encouraging what this team have achieved; they really have ‘been there and done it’ so I don’t see any reason why they cannot do it with me. Rather than pressure I see that past success like a ‘guideline’.”

It’s early days but how do you like the feel of the KTM?
“Yeah … I’ve only ever been Pro with one manufacturer so it is hard to comment on other bikes but the thing that struck me about the KTM was how light and narrow it felt. I was at home right away and it suited my style. The engine power is so usable. I rode it quite a bit and I didn’t really change much from the original setting we tried at the beginning because it worked right away.”

You’ll be training with Aldon at the Baker’s Factory as well? Thoughts on entering that program?
“Yeah, I’ve grown up seeing how he has been able to ‘transform’ guys and his record with different riders is definitely proven. For me it is another strong part of the whole KTM setup. I have an opportunity that really involves the whole package. I think it will be different for me but I’m excited about that.”

And having Marvin as a teammate?
“A great rider, and one that is at the top of his game right now. I’m be trying to learn as much as I can from him and it will also be interesting and nice to have a teammate like that because many times [in past teams] I’ve been the only guy. It will be nice for motivation or to be able to talk and bounce ideas around.” 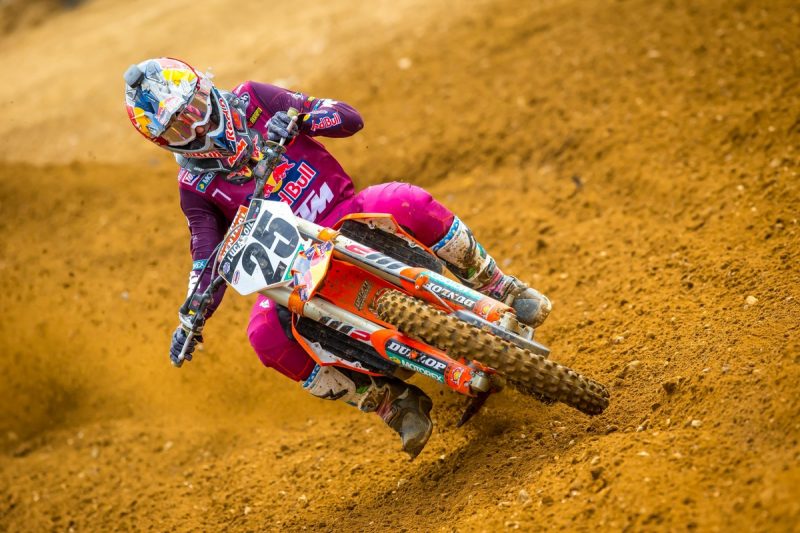 It’s been a tough introduction for you to the 450s recently. Will this chance invigorate the motivation to be one of the very top names in the sport once again?
“I had a special run in the Lites but then have struggled for two years on the bigger bikes because of different stuff. At times I showed good speed but things didn’t really click for some reason. It will be kinda cool to come up on the radar again. I know there will be people interested in what I do on the KTM and quite some attention but I will be putting in the work and doing everything to come into the year as strong as I can be. With everything around me I know I have put myself in the best possible position for winning on the track again. I had a very comfortable feeling with the guys and on the bike from the very first moments – almost a ‘night and day’ feeling actually – and that just gives you confidence.”

So, when will people first see you in orange?
“Well, the announcement is made and we might race at the Monster Cup in Vegas if I’m feeling ready and we’re all prepared. I won’t be doing any overseas races this year. The plan is to ‘stick to the plan’ and focus on getting ready with the bike for Anaheim 1. I don’t want anything to take me away from that or the work with Aldon.”

58 Responses to Interview of the Month: The New Guy – Talking with Cooper Webb