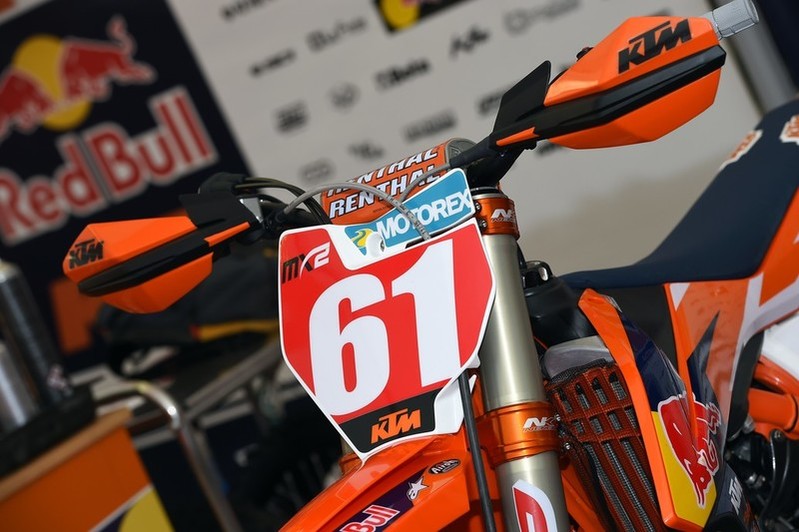 Secrets of a teenage holeshotter (or not)

There is little doubt that Jorge Prado is the most sensational starter in the FIM Motocross World Championship. In his first Grand Prix year the sixteen year old Spaniard is set to take home the Fox Holeshot Award with fourteen distinctions so far from thirty-four motos on his works KTM 250 SX-F … we wanted to find out how. 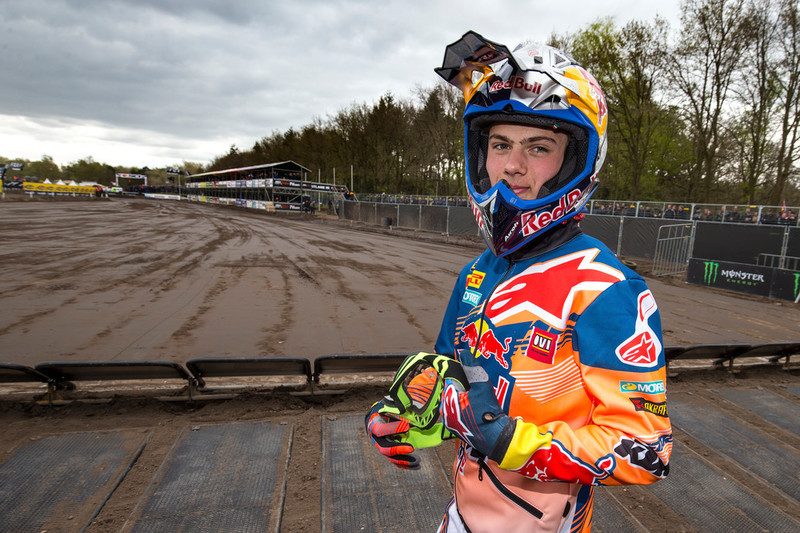 Sitting down to talk Jorge doesn’t really want to ‘start’ on his starts. Smiley, joyful and wonderfully technical and fast on a motorcycle, Prado is undoubtedly one of the most obvious talents to bloom in Grand Prix motocross since the last decade and the emergence of Herlings, Musquin & Roczen. He is also a little reluctant. His prolific launches on the Red Bull KTM in a maiden MX2 season have been nothing short of amazing. Jorge may have veered from ‘highs’ like his first GP win at round five in Italy to several ‘lows’ that have included heat exhaustion and further education as to the demands of two 30 minute and 2 lap GP motos but week-in, week-out he has been at the front of MX2 entering the first corner.

2017 may well be Prado’s debut at the highest level, only his second on a 250cc motorcycle and certainly the longest competitive calendar of his short career so far (he is still at school) but he appears to have unlocked one of the essential padlocks to success with his ruthlessness out of the start gate. And he doesn’t feel like telling many people how he does it. 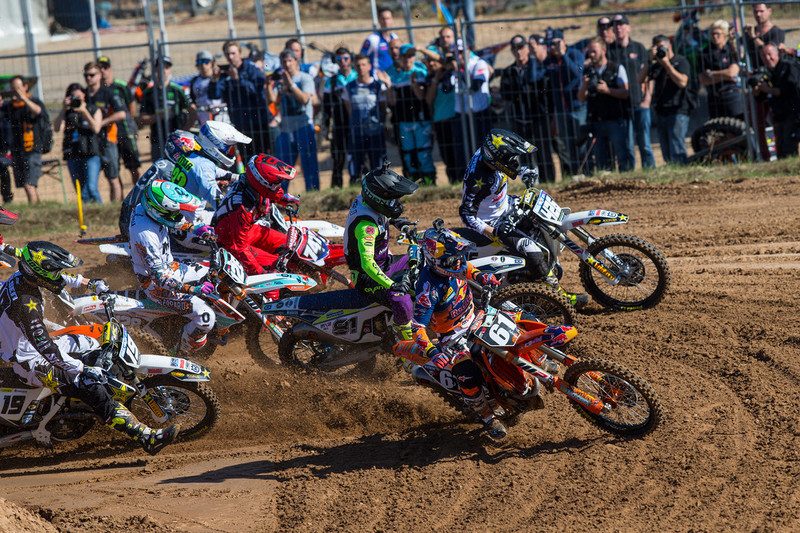 We like a challenge here at the KTM BLOG and because Jorge is such a friendly and accessible athlete he agrees to talk about his valuable skill. Well, sort of …

Right: how on earth do you do it?
“Ha! It is basically the feeling between the clutch, throttle, body position. If everything is good then it makes for a good start. It is difficult to explain.”

Is it particular to the KTM and that engine power or could you do it on other bikes?
“Yeah. Why not? A good start is a good start. I never practice starts.”

Really?!
“Not even in the start practice period in GPs.”

No setup then or work on the engine power?
“No, we don’t change the engine too much or play with the power.” 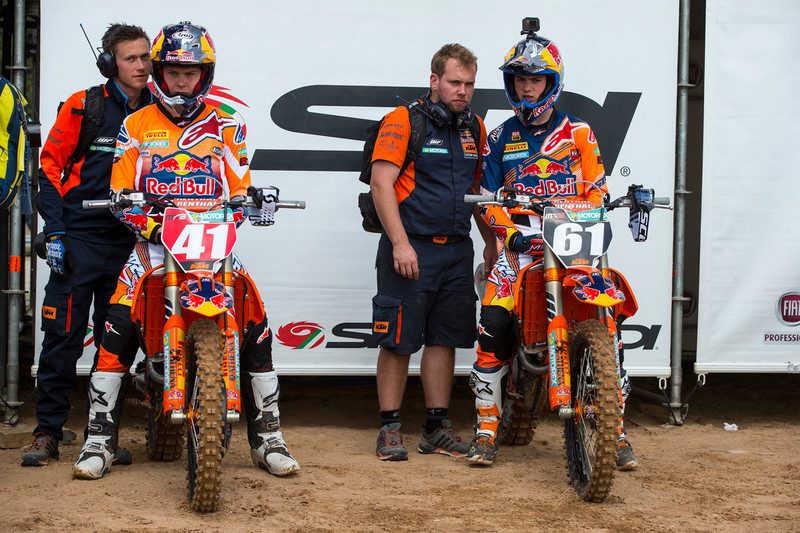 What gearing?
“Everybody in the paddock starts in second gear. I used first for Mexico due to the altitude but I didn’t have great starts there because I had the same gearing setup as in Europe and I didn’t really know we had to switch it for the conditions at that race. Other guys with more experience – like Pauls [Jonass] – made the change. For me the bike was a little bit too slow there.”

How has it been handling the metal flooring in the start gate, a new feature for MXGP in 2017?
“Fine. The difference between the riders is now minimal. This obviously makes things harder. Before you needed that extra feeling with the dirt, whether it was hard-pack, sand or mud. But once you have the ‘system’ then it doesn’t matter.” 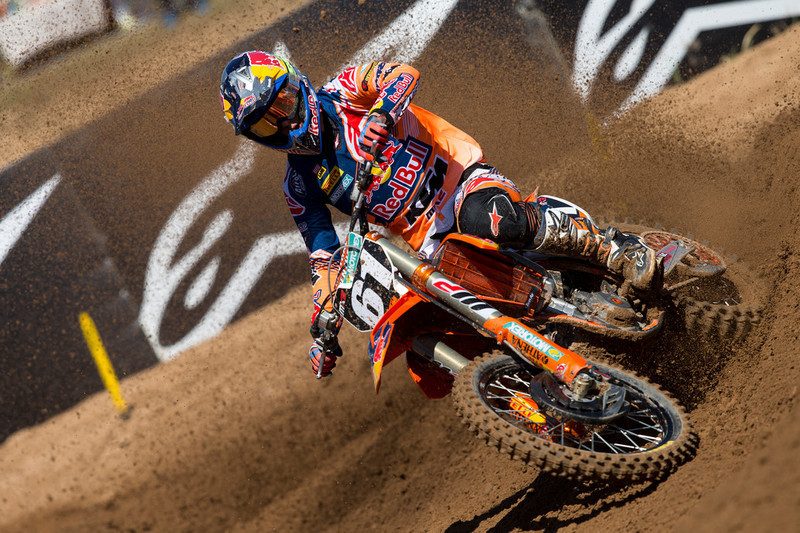 But what are the crucial factors?
“I think it is confidence, a certain mentality and you need to be so focused. I really want to be in the first corner first. A start is like an automatic thing for me. I don’t have a process. I get in the gate, check my gloves are OK and that’s it.”

30 other guys are trying to do exactly the same thing though …
“I cannot explain too much. It is something I just know how to do, and any little details that I have I’m not going to tell! It [starting] is one of my strong points.” 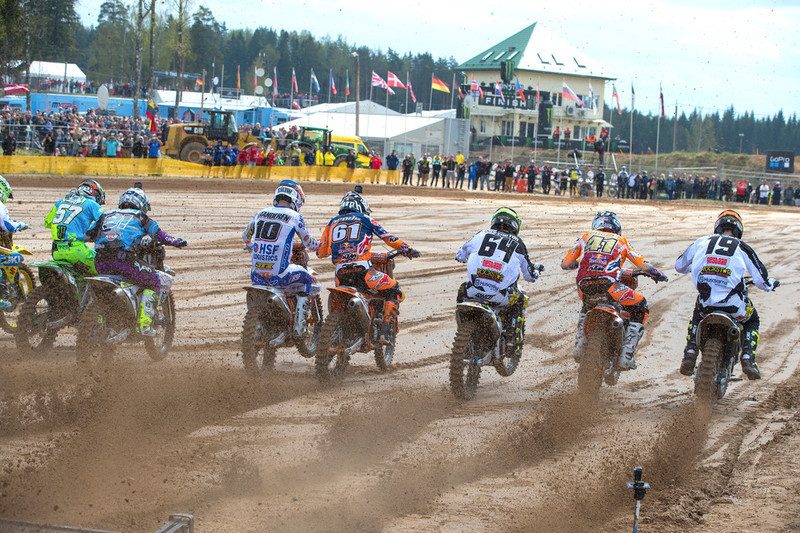 So no other process apart from the gloves? No routine of focus?
“Hmmm, gloves and I check the bike is straight and then a check for the goggles and that the tear-offs are in the right place.”

How about one small piece of advice?
“Shifting. You need to feel exactly the right time and moment to shift … and then you’ll have a start.”

With that Jorge needs to prep goggles and look towards training at the French Grand Prix. The kid is definitely ‘shifting’ in 2017 and with his arsenal of tricks has to be considered a title threat sooner rather than later.

169 Responses to Secrets of a teenage holeshotter (or not)