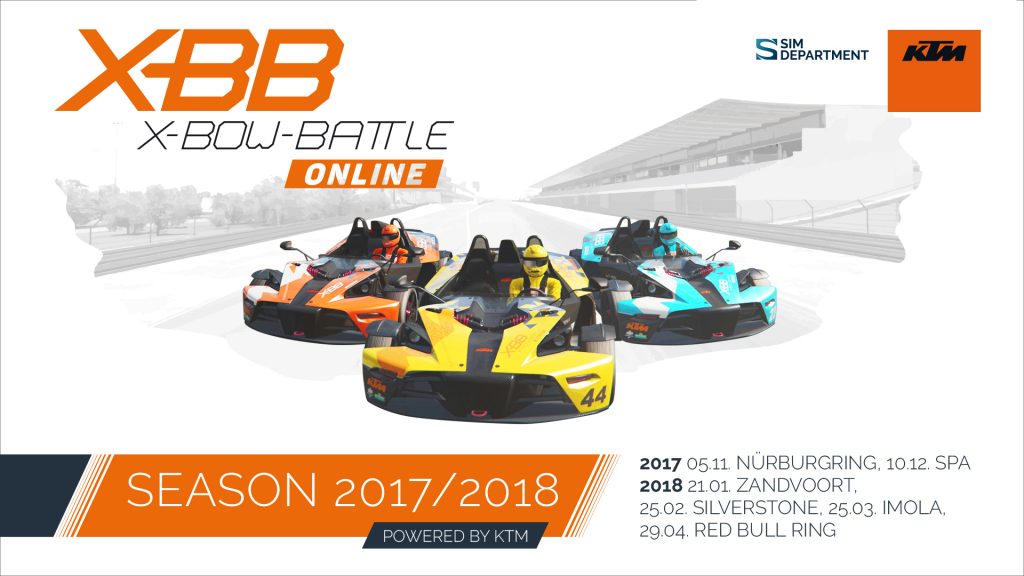 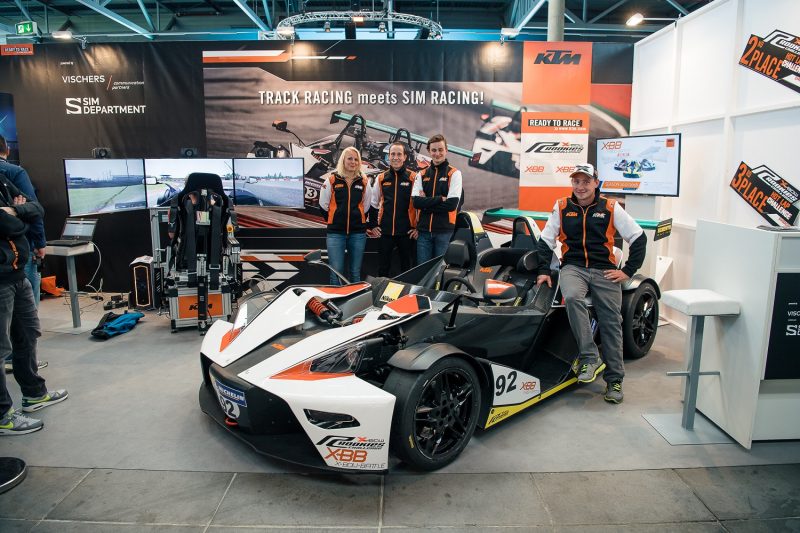 “Track Racing meets Sim Racing” was the motto of SIM-Department’s stand at SimRacing Expo – the largest German-speaking trade fair for sim racing – held at the Nürburgring. On the stand, which was organized jointly with KTM Sportcar GmbH, amateurs and professionals from across Europe had the opportunity to test the latest KTM X-BOW R, as used in KTM’s own entry-level and semi-pro “Rookies Challenge” racing series. Virtually, of course. Or more precisely with the popular “Assetto Corsa” simulator, which receives high praise for its faithful simulation of driving dynamics.

The reactions of the “real” drivers from the X-BOW BATTLE, Rookies Challenge, and GT4 European Series proved that their stand motto was not just an advertising slogan: “It drives very much like in reality,” said Reinhard Kofler, KTM factory and development driver, who was a race winner in the GT4 European Series last season. Kofler and his fellow KTM drivers Laura Kraihamer, Cedric Freiburghaus, and Eike Angermayr were all in agreement that sim racing at this level can be way more than just an entertaining pastime or hobby: “It really helps you to prepare for a race, especially if you’ve never been to a race track before,” added Freiburghaus. 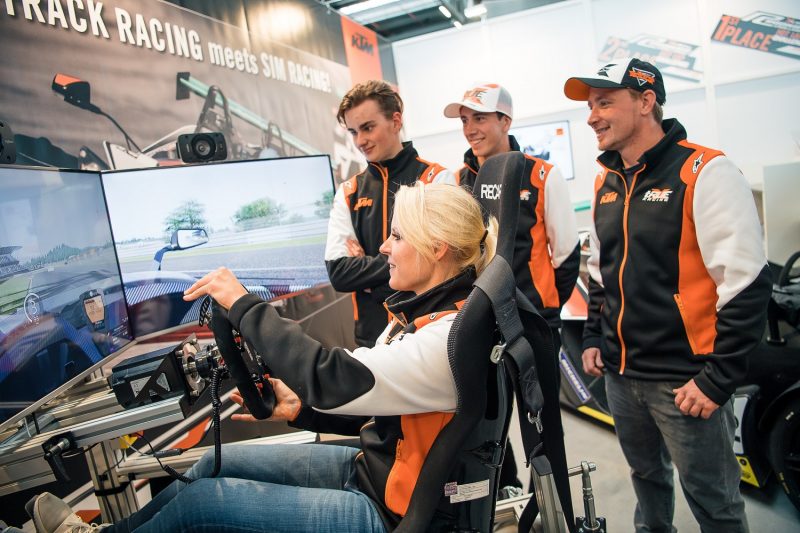 What’s more, you can also compete against the best sim racers. The perfect platform for this is “X-BOW BATTLE ONLINE”, which also runs on the “Assetto Corsa” simulator! This is being held for the third time in the 2017/2018 winter season and was once again completely booked out within a very short time, not least because of the tireless enthusiasm of its “inventor” Jörg Göbel and the guys from the SIM-Department team led by Jens Purkott.

A total of 30 drivers compete to win the title, driving on renowned race tracks, just like in the “real” X-BOW BATTLE: on 11/05/2017 at the Nürburgring, on 12/10/2017 at Spa-Francorchamps, on 01/21/2018 at Zandvoort, on 02/25/2018 at Silverstone, on 03/25/2018 at Imola, and on 04/29/2018 in the triumphant finale on the Red Bull Ring, the KTM X-BOW’s “home track”. Competition is fierce – and at times entrants will face “real” drivers from the “real BATTLE”! But anyone wanting to pit themselves against these guys will have to wait until the next season, which is certain to follow due to the huge success enjoyed thus far! Until then you’ll find all the info at http://xbb.sim-department.eu, including links to the live streams with live commentary! 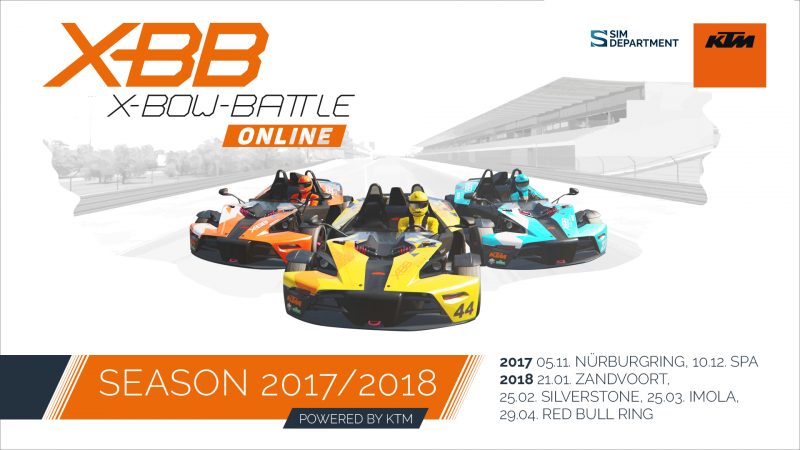 11 Responses to Sim Racing with the KTM X-BOW