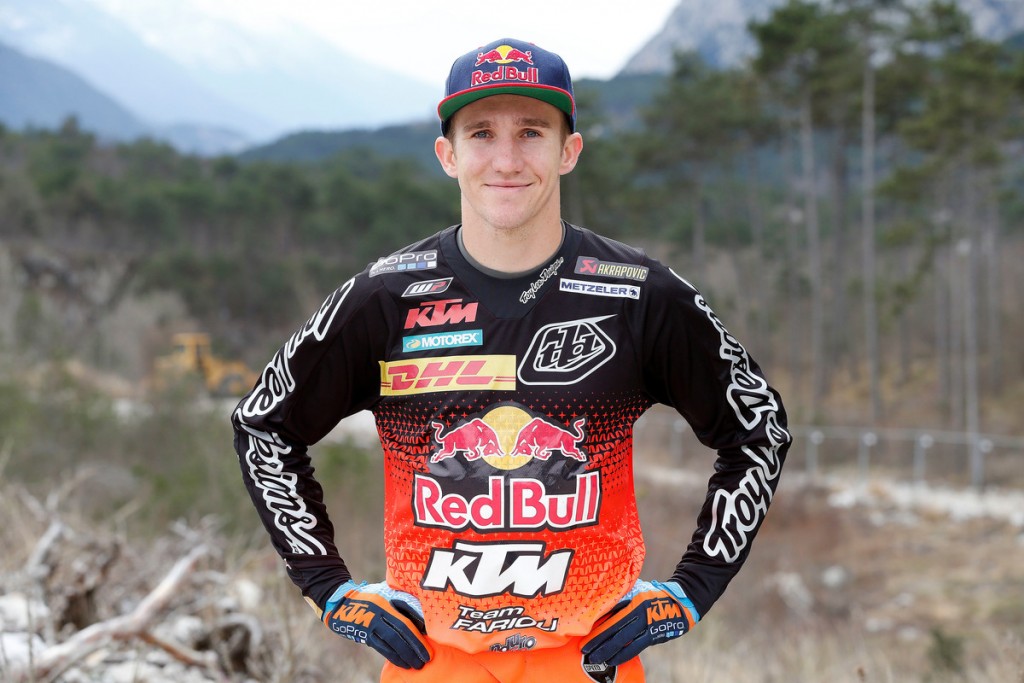 American racer Taylor Robert is taking on the world this season. The Arizona-man is stepping over to the Enduro World Championship aboard the KTM 350 EXC-F factory bike and is realizing his dream of racing the full series after a five years getting a taste of what’s to come while competing at the International Six Days Enduro. We caught up with Taylor during pre-season to find out what made him switch, and how his plans are going in the lead up to the first race.

“It was kinda a combination of me buggin Fabio (Fairoli) and my boss Antti (Kallonen) from team KTM USA. It was a couple of years ago that I signed for KTM and then I had a couple of good results at the ISDE. Fabio saw I was a pretty good rider at this kind of thing, so after the Six Days last year Fabio and Antti started talking and came to ask me if I had an interest in coming over to do the whole series,” explained Taylor on how the decision came about.

“It’s something I’ve wanted to do for a while. It’s a lot of travel for me because I’m staying over in the United States, but I really like this style of racing and it suits me pretty well so I’m looking forward to trying it,” continued the American racer. 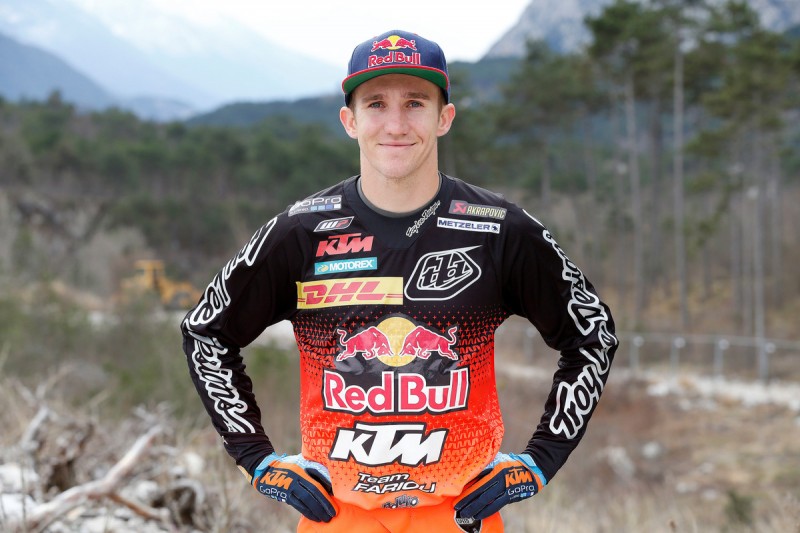 A former Motocrosser turned offroad racer, Taylor has been racing selected Hard Enduro events, X-Games, EnduroCross and SuperEnduro series in the last few years. Signing for KTM in 2014, he’s earned an allegiance of fans worldwide and is really excited to have the opportunity to utilize KTM’s global program to compete in the Enduro World Championship. The 26-year-old American will carry on living at his home in Scottsdale in Arizona, as he has his program set-up out there with a trainer, a gym, his training tracks and of course the support of KTM USA. He knows moving to Europe could be too much of a culture shock in the first year, his learning year, but he’s optimistic on what he can achieve.

“The first time I went to Six Days was in 2010. The late Kurt Caselli actually pushed me to go and I said yeah I wanted to do it. I learned a lot from him; he came over to do a couple of World Enduro races, and I know he was on the same mentality, as I was in wanting to come over to do the full series. He got the offer to go to the KTM Rally Factory Team, which was huge, so he went and did that at the same time I was talking with KTM to sign a deal,” continued Taylor.

“Now here we are two years later and they’ve offered me the chance in the Enduro World Championship. I think a lot of it came from Kurt Caselli; he was someone I looked up to and learned a lot from. He kind of pushed a lot about how fast the guys are here in the world series, and how offroad is pretty big in Europe. We have a big team and it’s pretty cool to be part of this so I’m excited to be out here and try it out.” 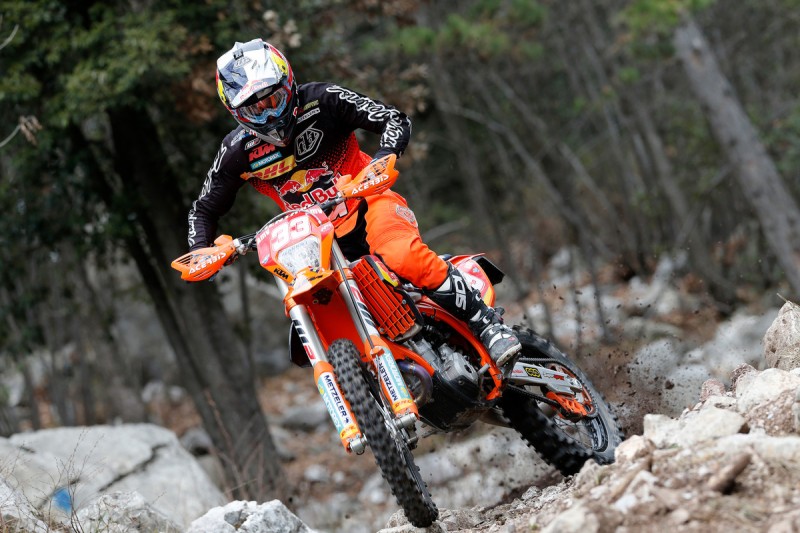 It’s a big step for Taylor having not seen most of the places he’ll race at this season, so it will be a surprise for him. He says it will be difficult to prepare when he doesn’t know what to expect, whereas in the United States he’s competed in nearly everything before. His plan is to do his best to practice what he can and hope his training will pay off, although he has been the highest finishing American racer at the Six Days in recent years.

“I have really only done the Six Days, and I’ve never done an Enduro World Championship round. I’ve done the Six Days five times now and consistently gotten better each time. In the states we don’t really have anything similar to the Enduro World Championship. We have a lot of offroad series, but they’re more like Cross Country type races with multiple laps on the same course flat out the whole time. We do have an Enduro series, but I’ve never even done one of those because they are not similar to this style of racing, as they are mostly single track and the tests are around 40 minutes long.”

“There’s definitely a lot of interest in it.” Taylor says when asked about the Enduro World Championship. “I don’t know how wide it is because I’m so in the industry, and everyone here knows what’s going on. They’re excited to watch me and see how it goes. I’m not sure how the general public likes it, but I’ve been posting a lot about it on social media and I’ve gotten a lot of interest and positive feedback about it. It’s a really cool opportunity for me and the American riders in general. I think there have only been two American riders before that have done the whole EWC series. Both of them weren’t on factory teams,” explains Taylor.

“I’ve got a good team behind me and everyone will be putting in 100%. It’s hard for European guys to get support, so it’s even harder for an American to slot in. The lifestyle here is so different; from the time they eat dinner, to the type of breakfast they eat, we’re here with the whole team, there’s so many languages being spoken and it’s kind of crazy. You go to the United States and everyone is on the same program, everything is really convenient, you can go to Walmart 24/7 and get everything you need. That’s why I’m going back and forth, so I don’t completely culture shock myself,” continued the KTM-ace. 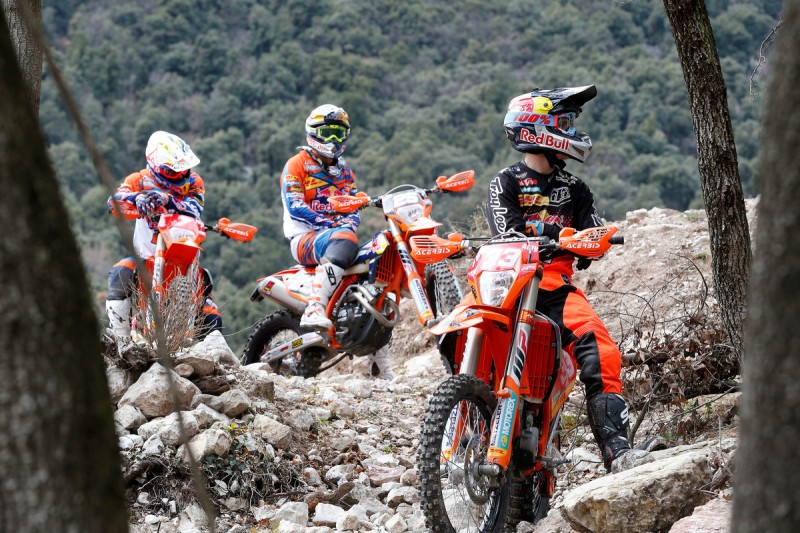 Taylor also raced the SuperEnduro World Championship this year. He had a few podiums, but for him the indoor series in the US in the last five years has been going well with wins, podiums, plus an X-Games Gold and Silver medal to his name.

“The SuperEnduro series is tough because there’s a lot of really good riders. There’s the top guys from the United States and the top guys from Europe all just buttin’ heads and going at it. The starts are so crucial in the World Championship. In the US we have one main event, which is 15 minutes long, so if you make a mistake you can catch up, but if you don’t get a good start in the SuperEnduro you’re done, as the races are so short (around 8 minutes long).”

“I’ve had to work hard at EnduroCross and SuperEnduro, just because of my background as more of a Motocross rider, with offroad and Enduro style riding. All the guys I’m racing are former trials riders, and all the factory guys in the SuperEnduro, Taddy, Jonny, Alfredo, Colton, Cody and so on all have a trials background. I bought a trials bike, but it’s just so hard to compete with guys that have done it their whole life. They have such good bike control, I’m getting better every year, pushing myself on the trials bike, but it’s so hard to play catch-up with those guys with such a strong base.”

For the Enduro World Championship KTM will field two experienced racers in Christophe Nambotin and Ivan Cervantes, along with rookies Taylor and Nathan Watson. It’s a good combination to keep the next generation of racer learning from the very best. To add to that Taylor will race the completely revised KTM 350 EXC-F factory bike, which he’s only just got his hands on.

“So far it’s been good with Nambo and Cervantes. I kind of know Ivan from the Six Days, before, we both did a race in Argentina together. Everyone on the team is really cool, they’re welcoming me; not like they are saying we don’t want to tell the American all of our secrets. It’s pretty cool and I’m happy to be here. It’s cool as we have two rookies on the team, me and Nathan and two veterans, which is a good mixture.”

“The new EXC is really good. I’ve been riding the Motocross model since May of last year and that’s what I raced in the whole series I did last year and the SuperEnduro as well. I’m kind of familiar of how the bike feels; the EXC is different because it’s the Enduro model and it has a PDS shock, but I’ve been getting used to it the last couple of days. It’s a big step forward chassis wise – the bike just feels so much better in pretty much all aspects. It feels lighter, more nimble and you can put it where you want to. I’m a small guy and the smaller model definitely suits me, it’s a lot less big and bulky like the older model.” 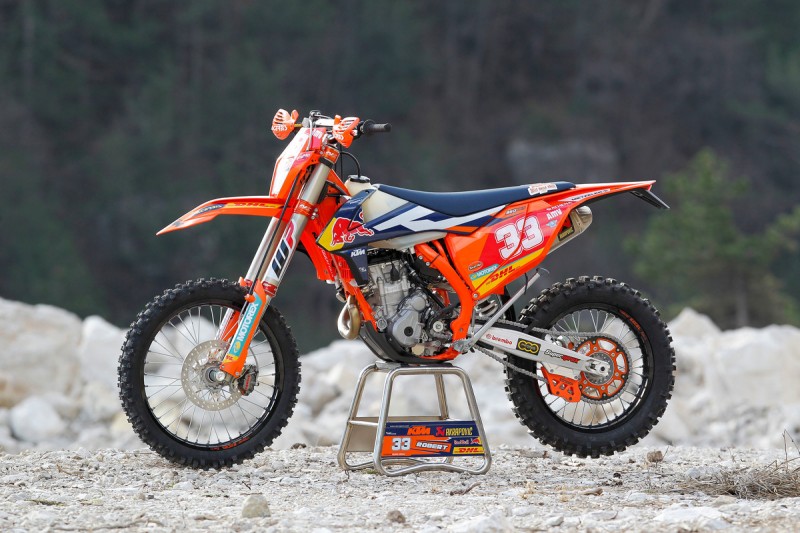 Taylor is looking forward to the first Enduro World Championship event on April 9 and will be testing as much as possible leading up to that both in Europe and the US.

“We are doing a bit of testing in Europe, but it’s come to crunch time getting the bikes because it’s a new model. We’ve been working on this since last September, finalized in November and we have been waiting for bikes. Now we’re here for the photoshoot riding the bike for the first time. I’m going to go home after base testing here. That’s the awesome thing about KTM; I have KTM North America and WP USA to support me over there, and I can come here if I need to work on any major stuff. I can’t wait to get going with the races.” 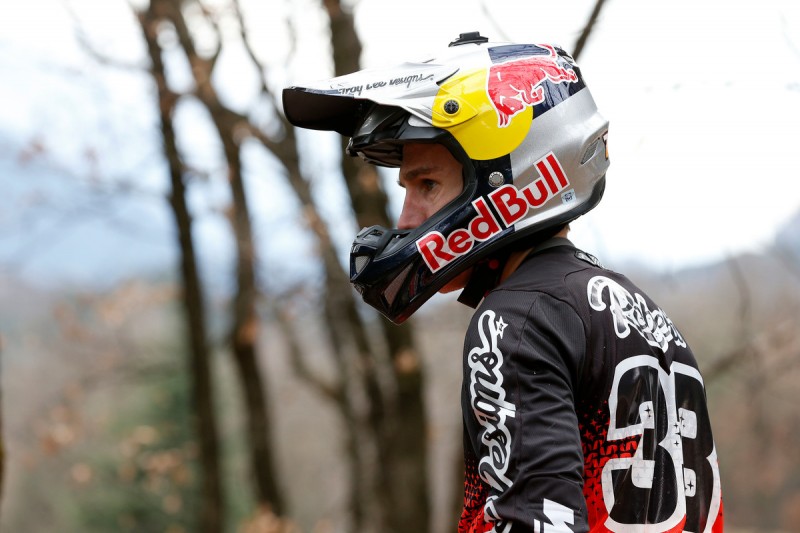